A superb oak livery cupboard constructed in the Victorian period of mainly 17th century carved pieces, the cupboard of very good proportions and of wonderful patina (colour) - ADDITIONAL IMAGES CAN BE VIEWED BELOW:

This livery cupboard consists of a two plank top with some old splitting and a moulded edge of superb patina.

Below, the central rail also 17th century with 'nulling' carved decoration with carved applied mouldings to each side with superbly carved 17th century bulbous cup and cover supports to the front with carved foliate uprights to the back.

The cupboard is supported on a potboard base with carved front rail, the side rails also consisting of 17th century carvings, the top rail with ‘Guilloche’ carving, middle rail with foliate and ‘lunette’ carving and lower carved rail, the back constructed of old pine boards.

The livery cupboard is thought to have been used for household items such as wine and bread and related items such as ewers and basins, the middle section being fully or partially enclosed with either a single door and canted sides or just two doors along the front.

This cupboard is in excellent condition for age, is of stable construction and can go straight into a home. 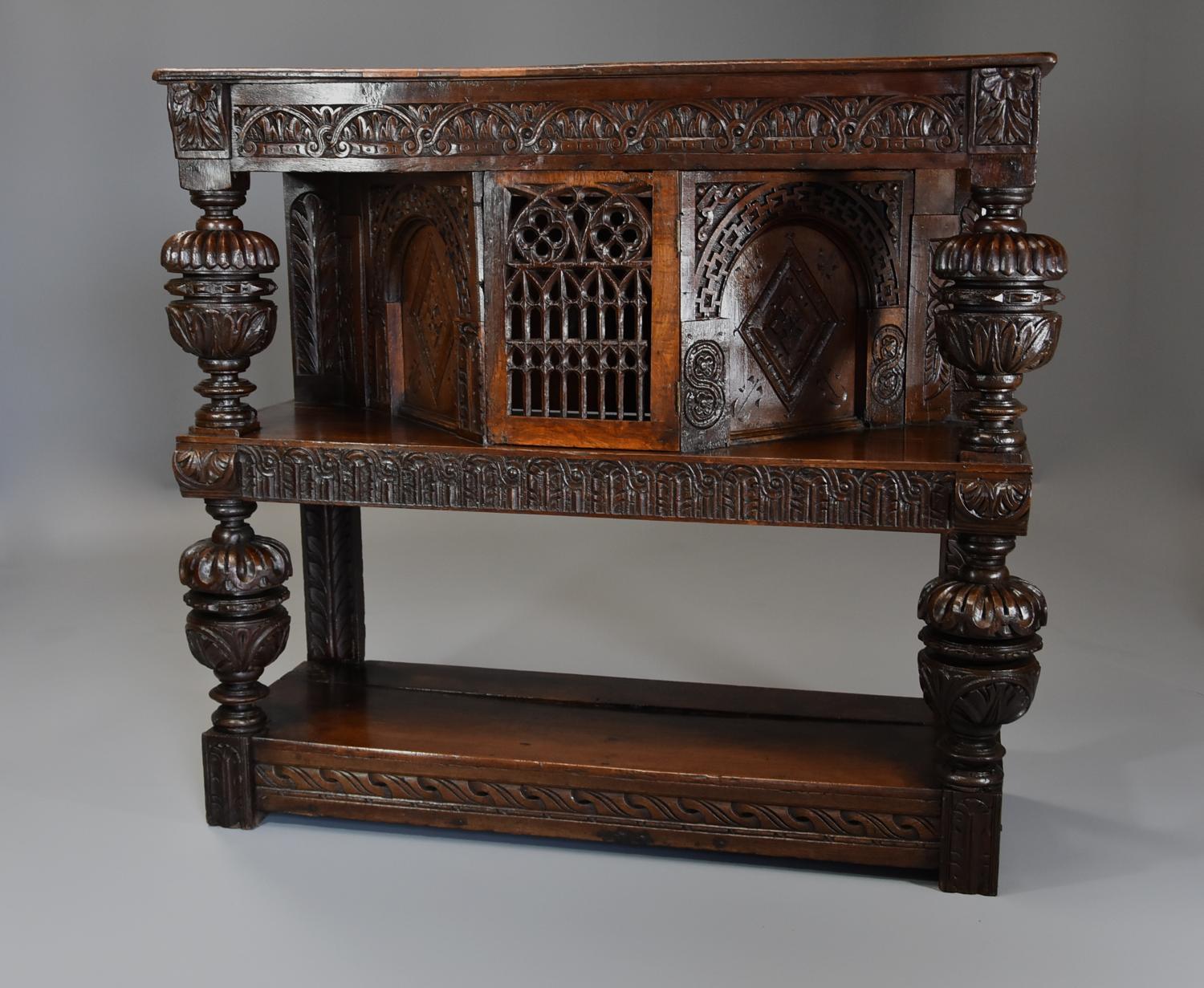 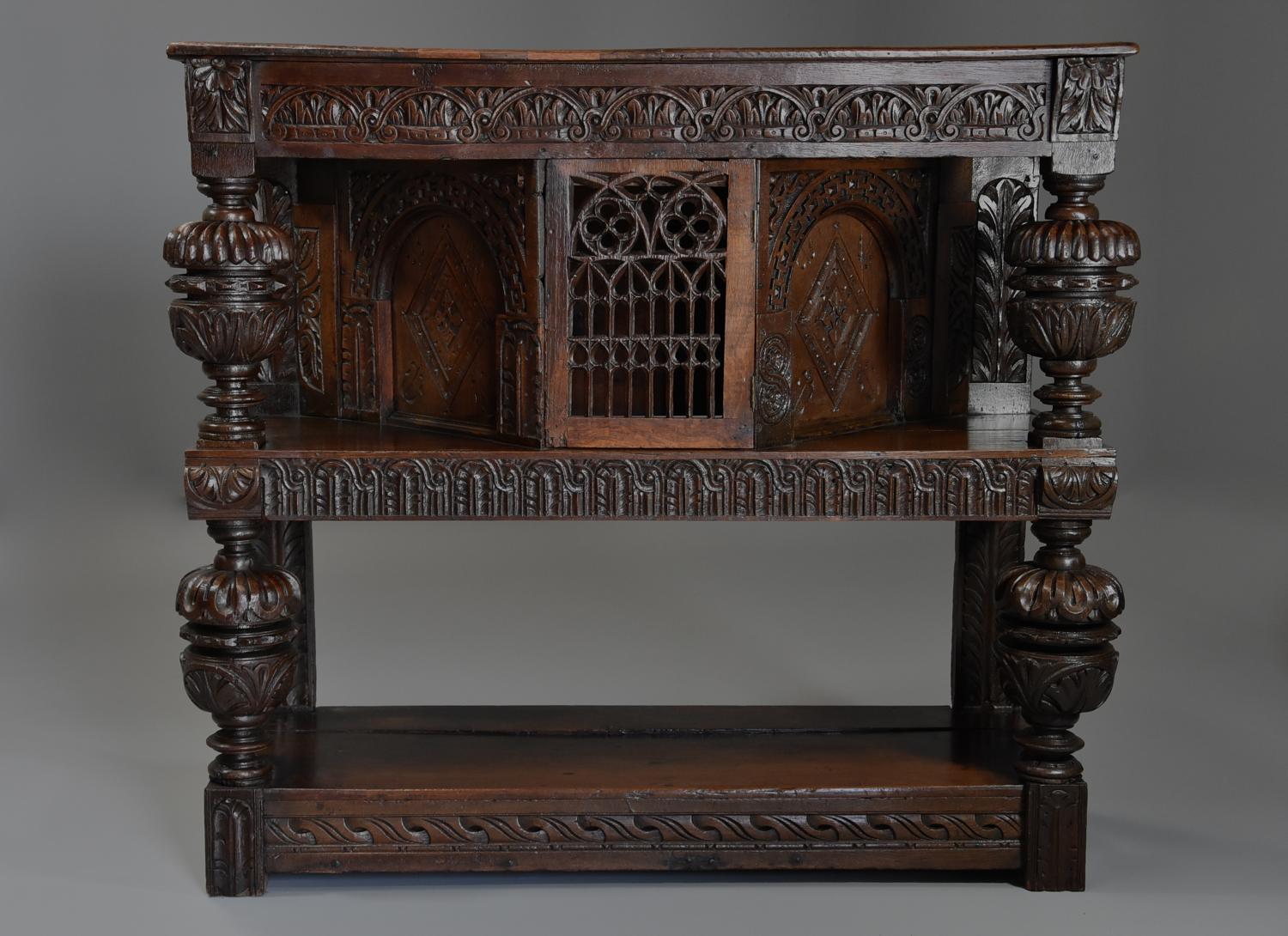 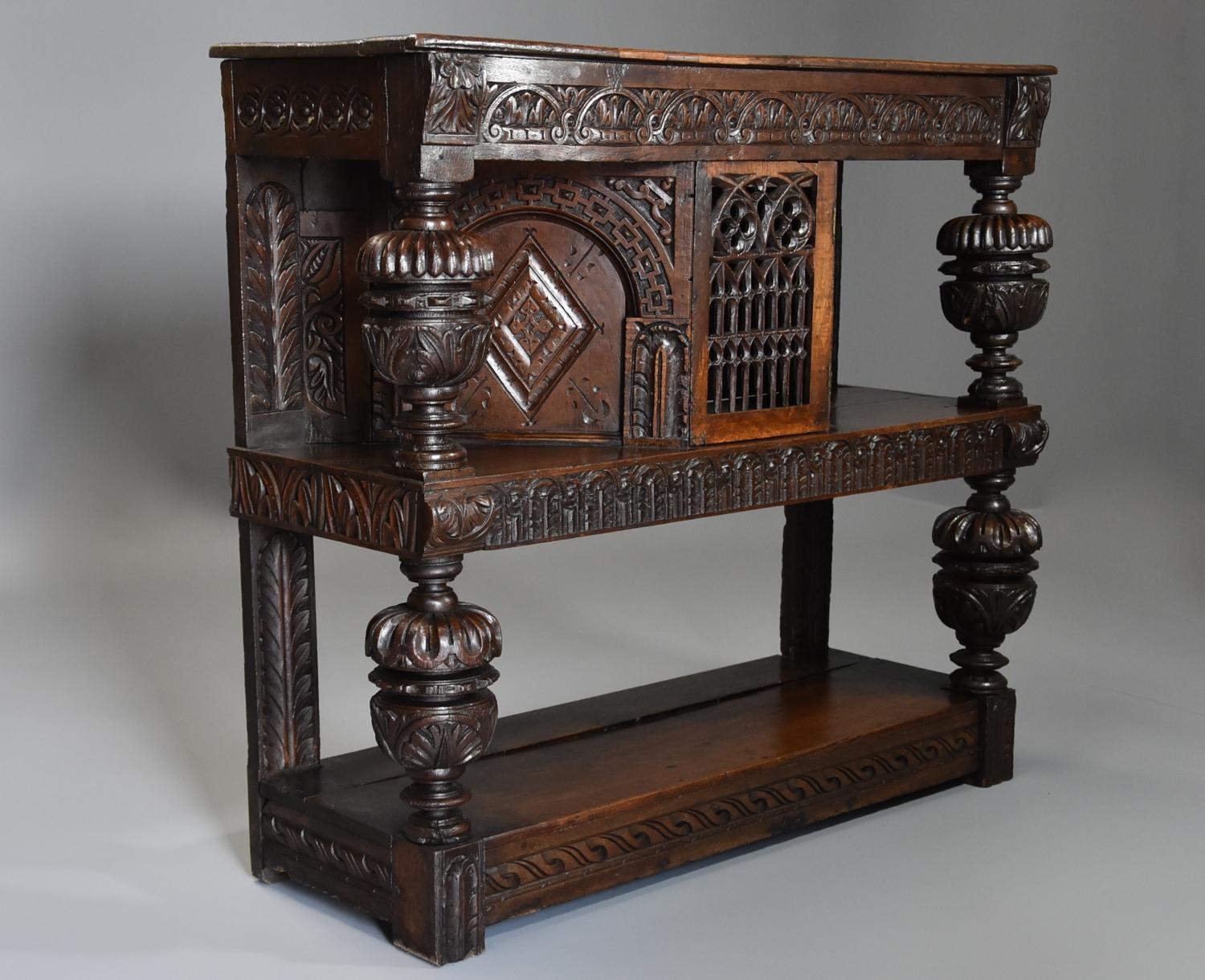 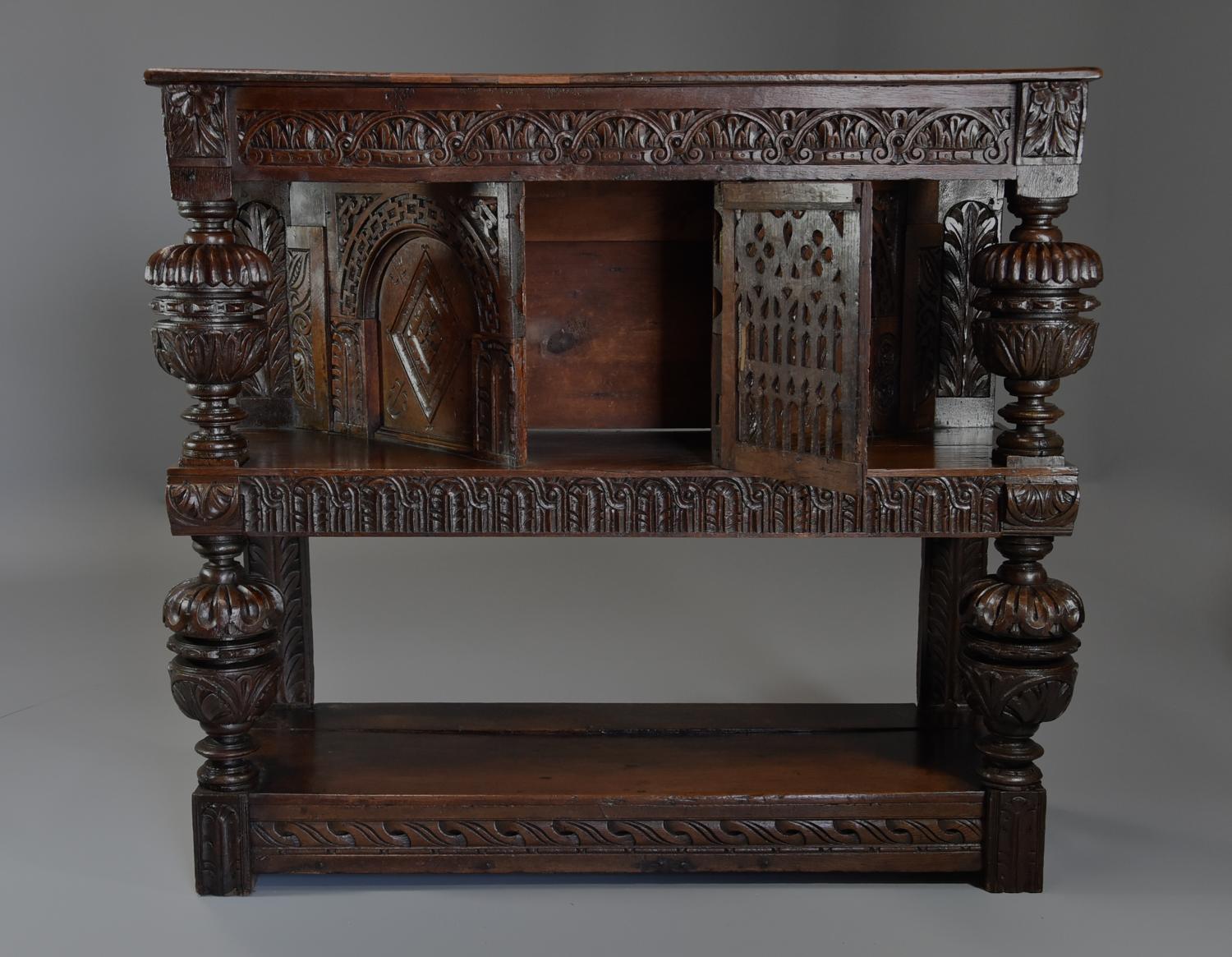 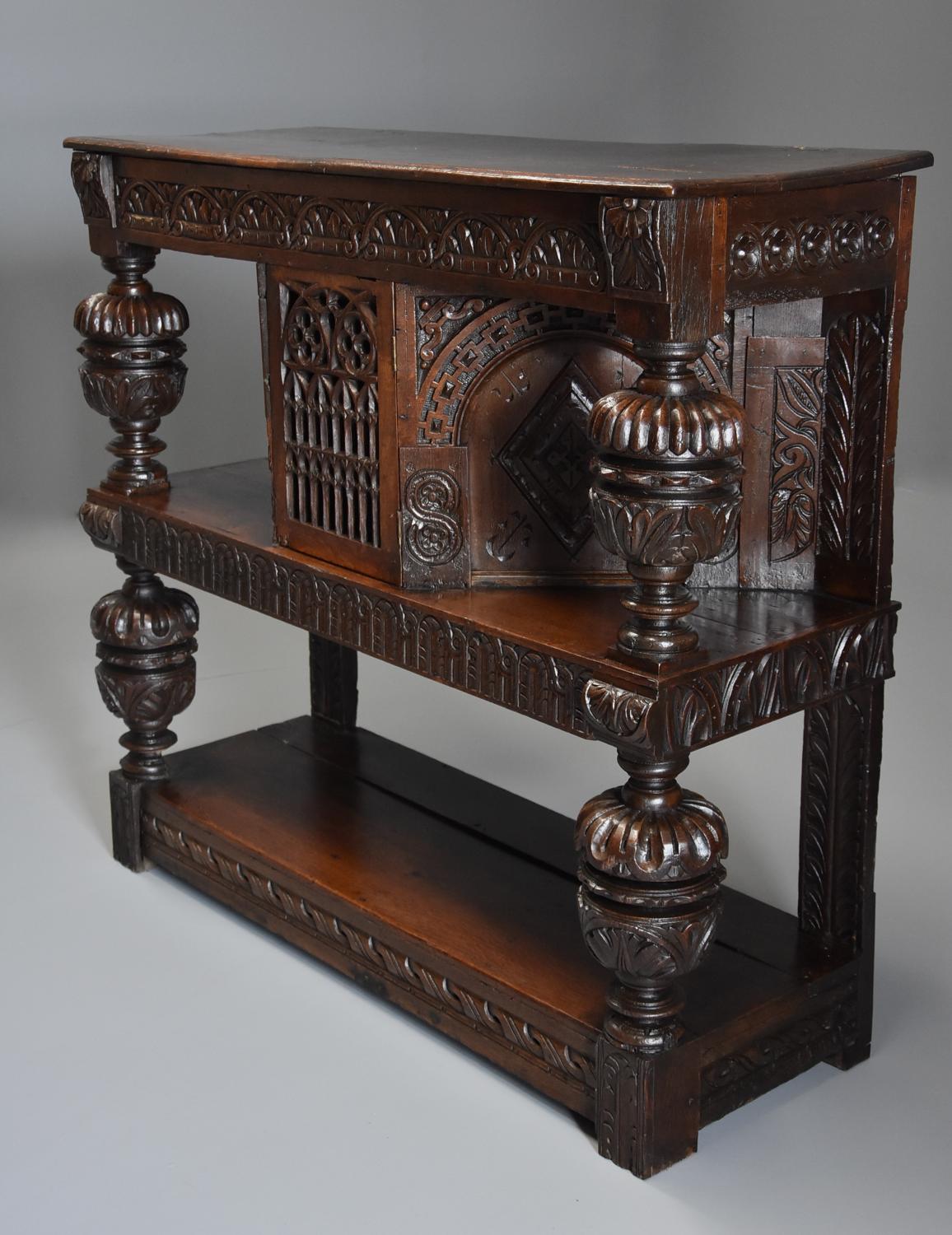 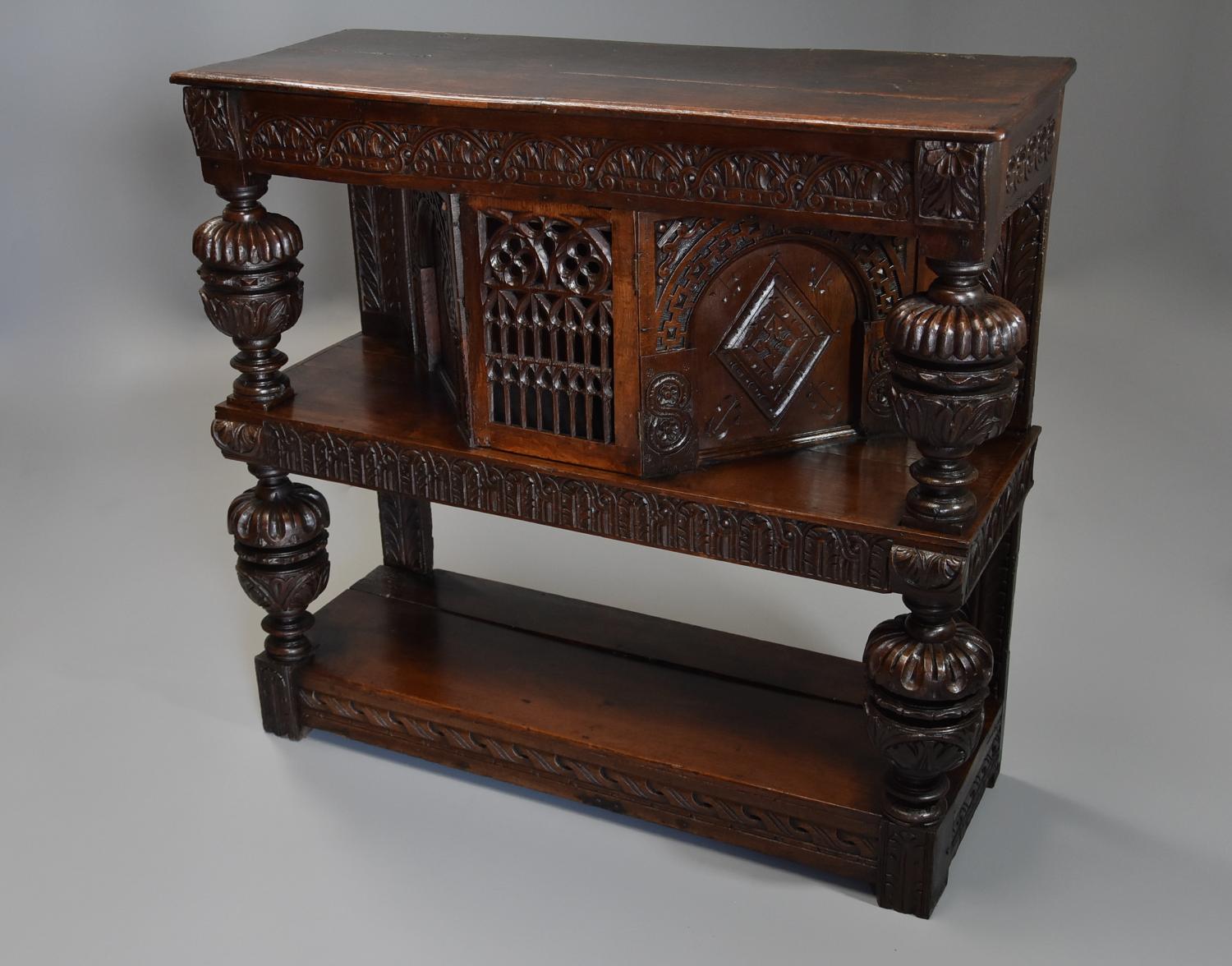 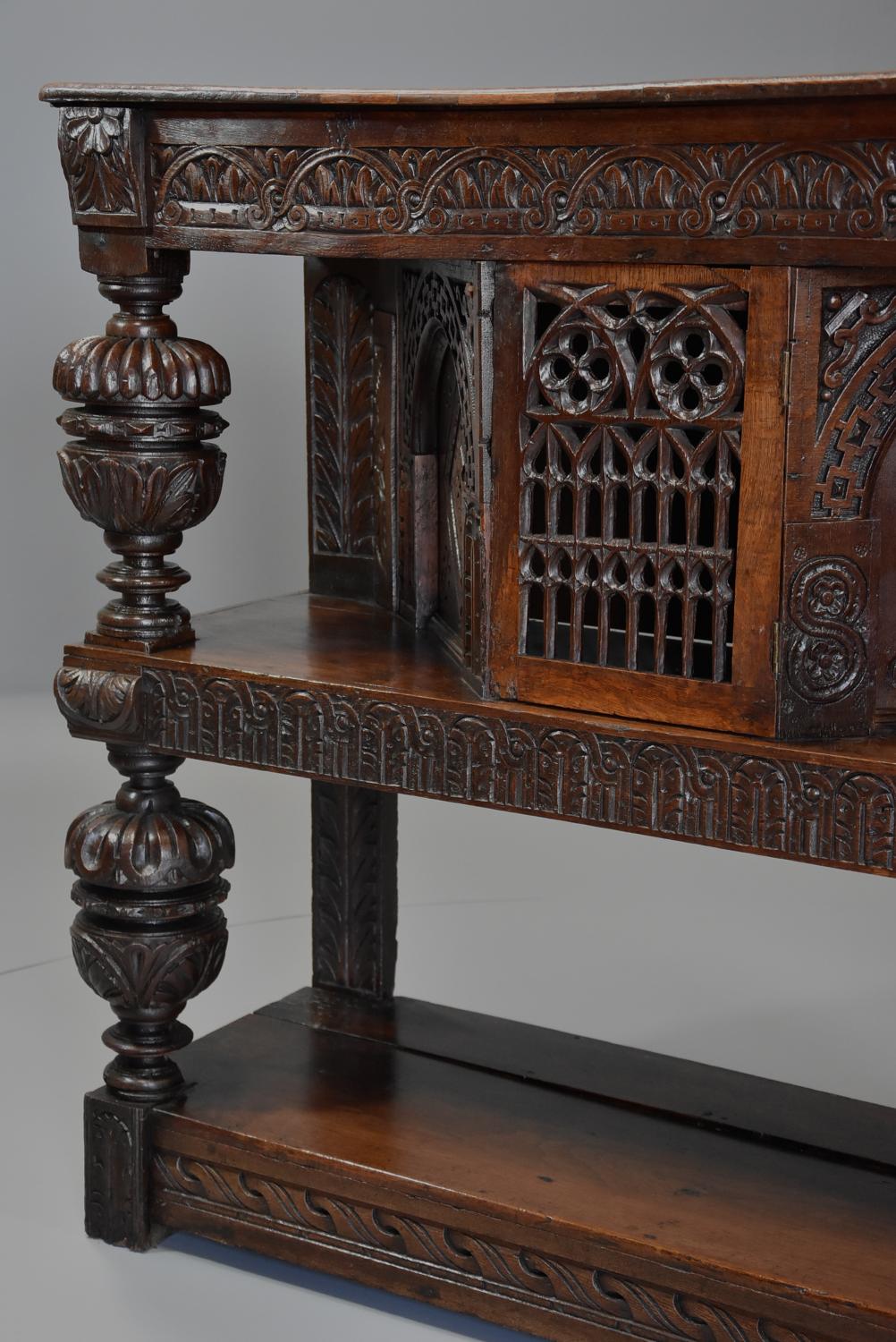 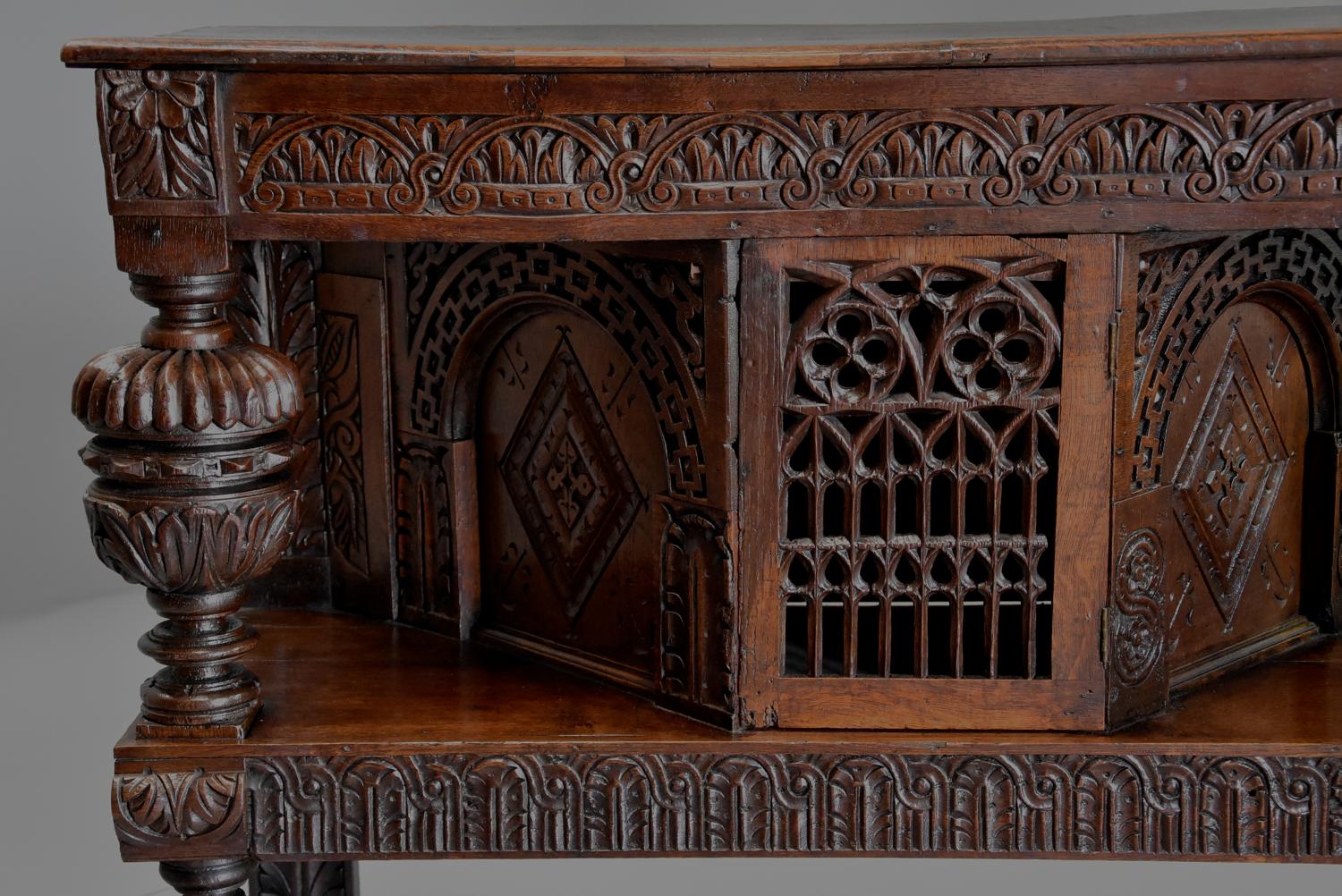 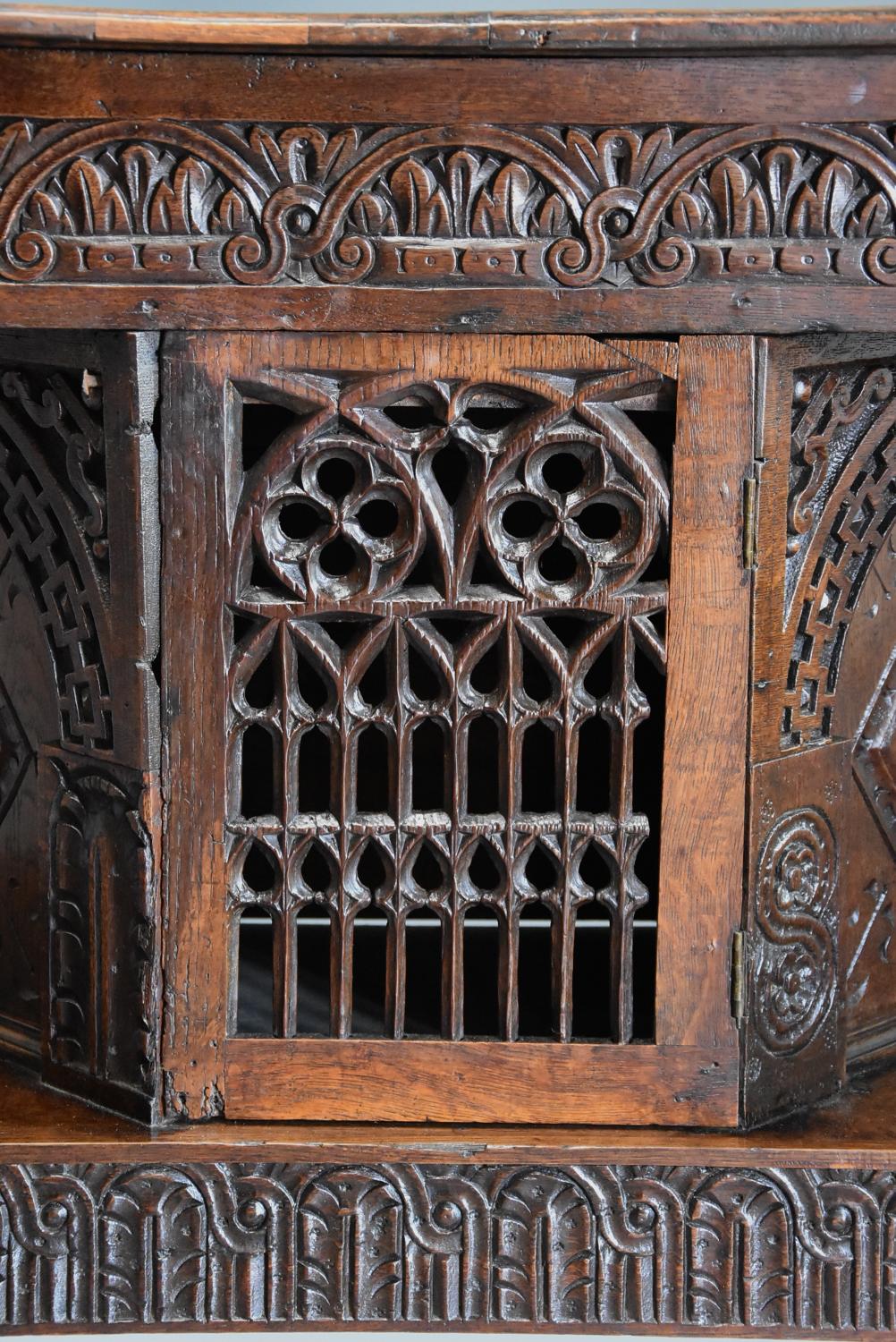 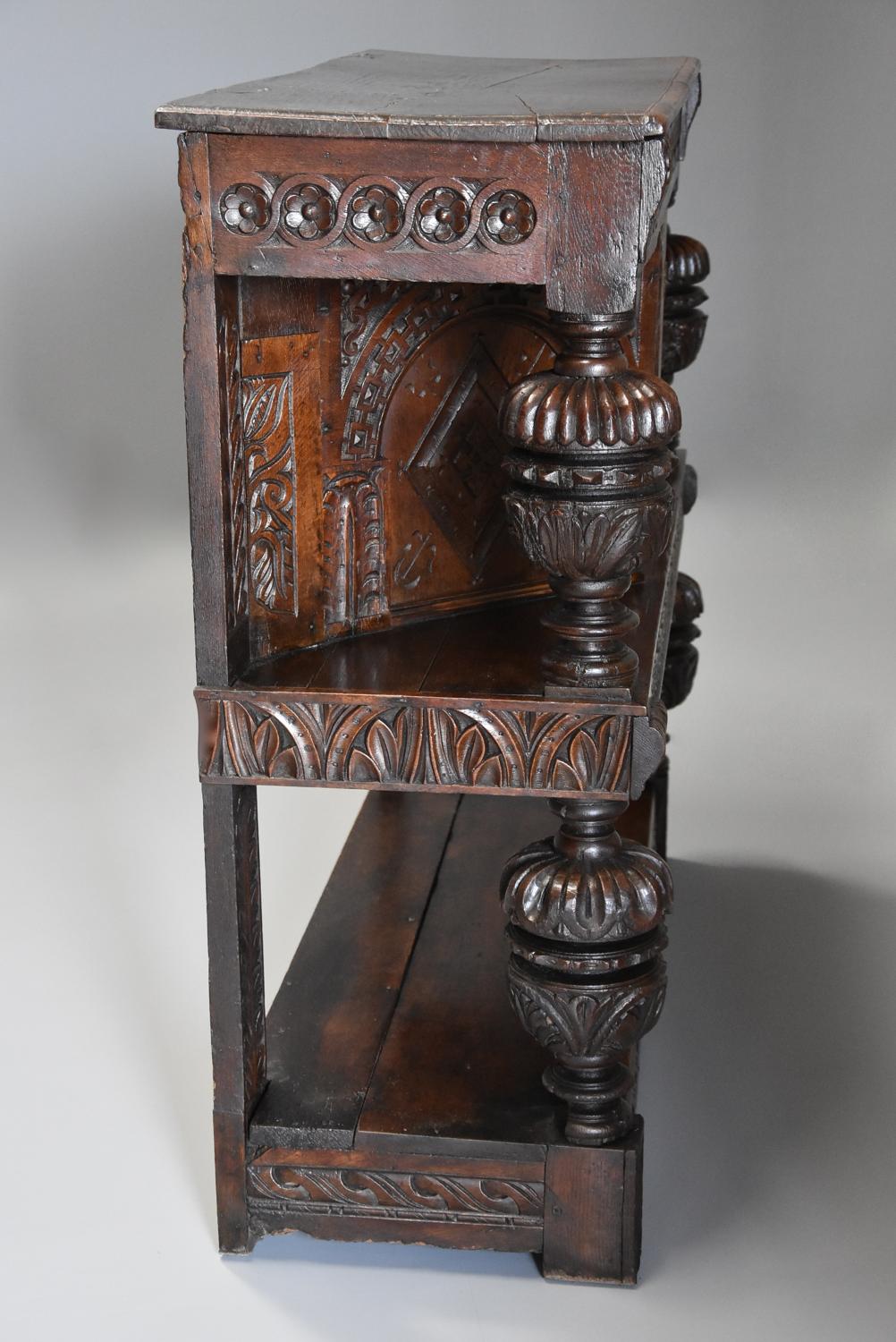 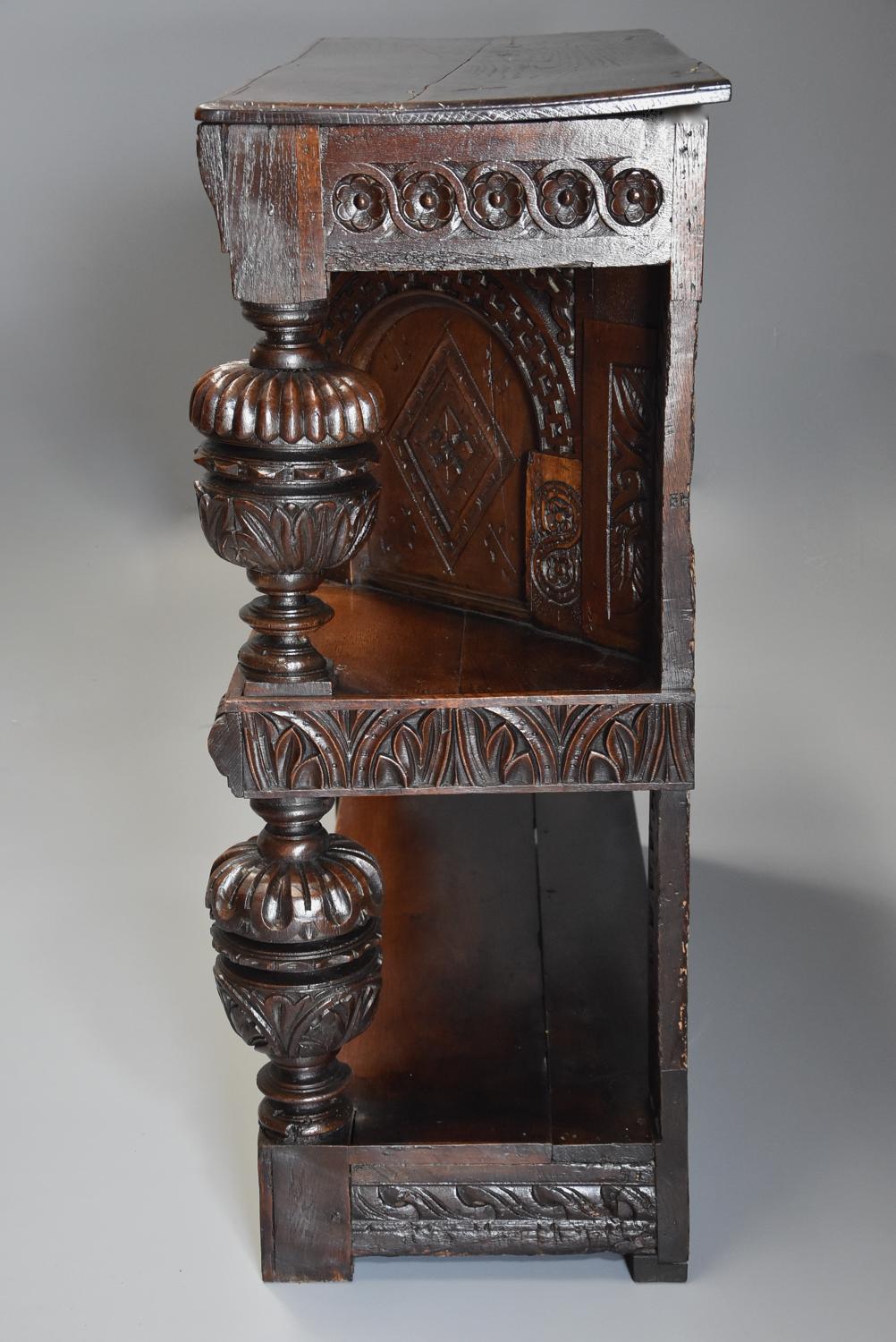 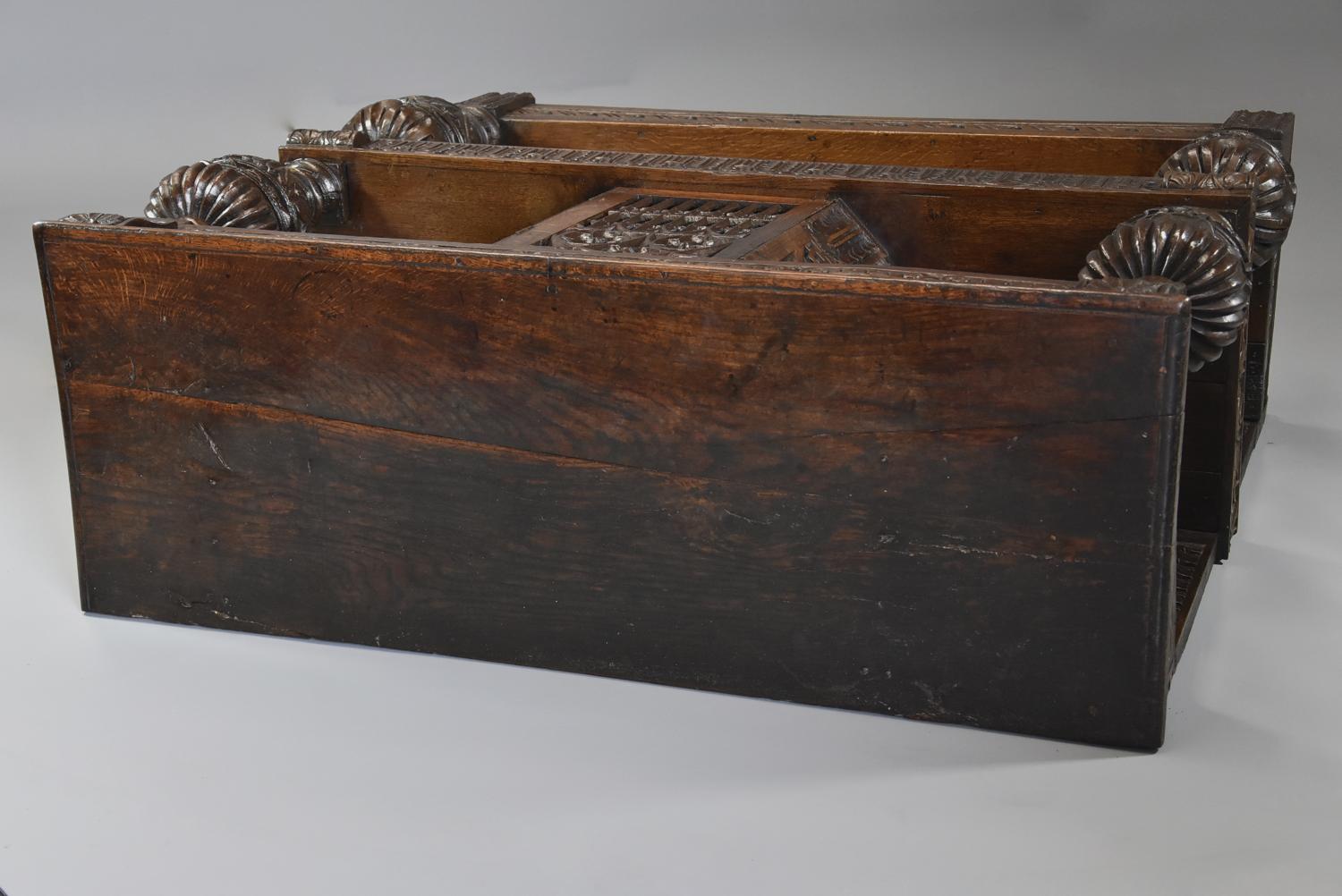 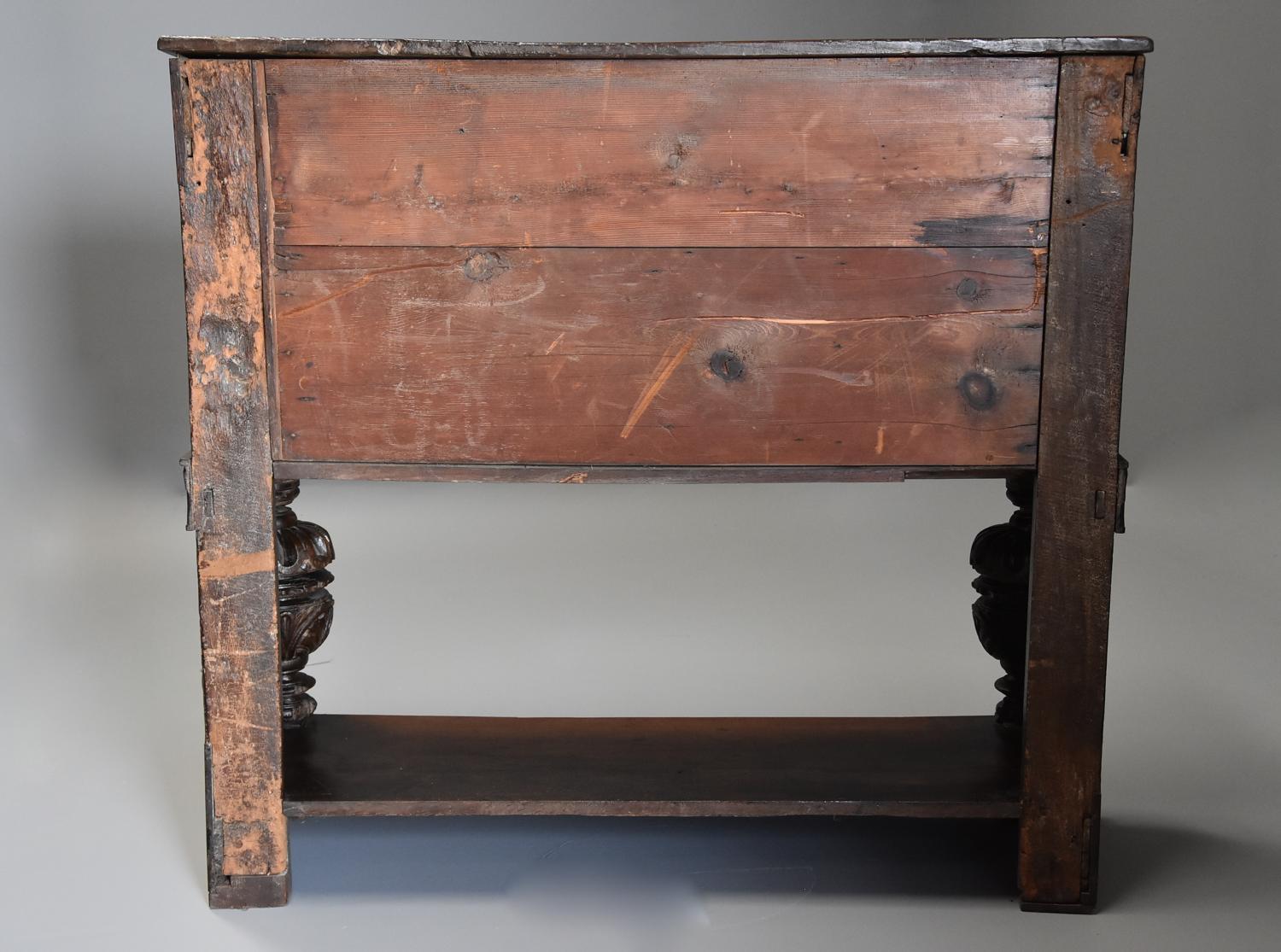