Ceres and Demeter were Goddesses of corn, grain, harvest, agriculture and fertility, ears of corn being particularly symbolic to them.

This wonderful carving depicts Ceres, her hair in Classical elaborate Roman style wearing a band of corn ears in her hair, looking beautiful wearing traditional stola (traditional Roman dress) secured with a clasp to one shoulder supported on original socle with signature to the reverse.

Samuel James Kitson (1848-1906) was a British sculptor born in Yorkshire in 1848, his work consisting of mainly busts and full body statues, his older and younger brothers also sculptors, his older brother John moving to the USA by 1870.

Samuel worked in Rome between 1870-1874 where he was undoubtedly influenced by the wonderful works of art and sculptures around him. This sculpture has a similarity to the face to that of a Roman copy after the Greek original of Demeter which is in the Roman National Museum in Rome.

Samuel set up a studio in Italy which he maintained until 1880, by this time he had permanently moved to the USA where he worked from 1876-1906 with studios in New York, Boston and Massachusetts producing various sculptures, many for important families and buildings in the USA.

He also continued to exhibit in various exhibitions in England including three times at The Royal Academy of Arts in London and twice at The Royal Manchester Institute, Manchester.

This carved marble bust and column are in excellent condition for age and can go straight into a home or collection. 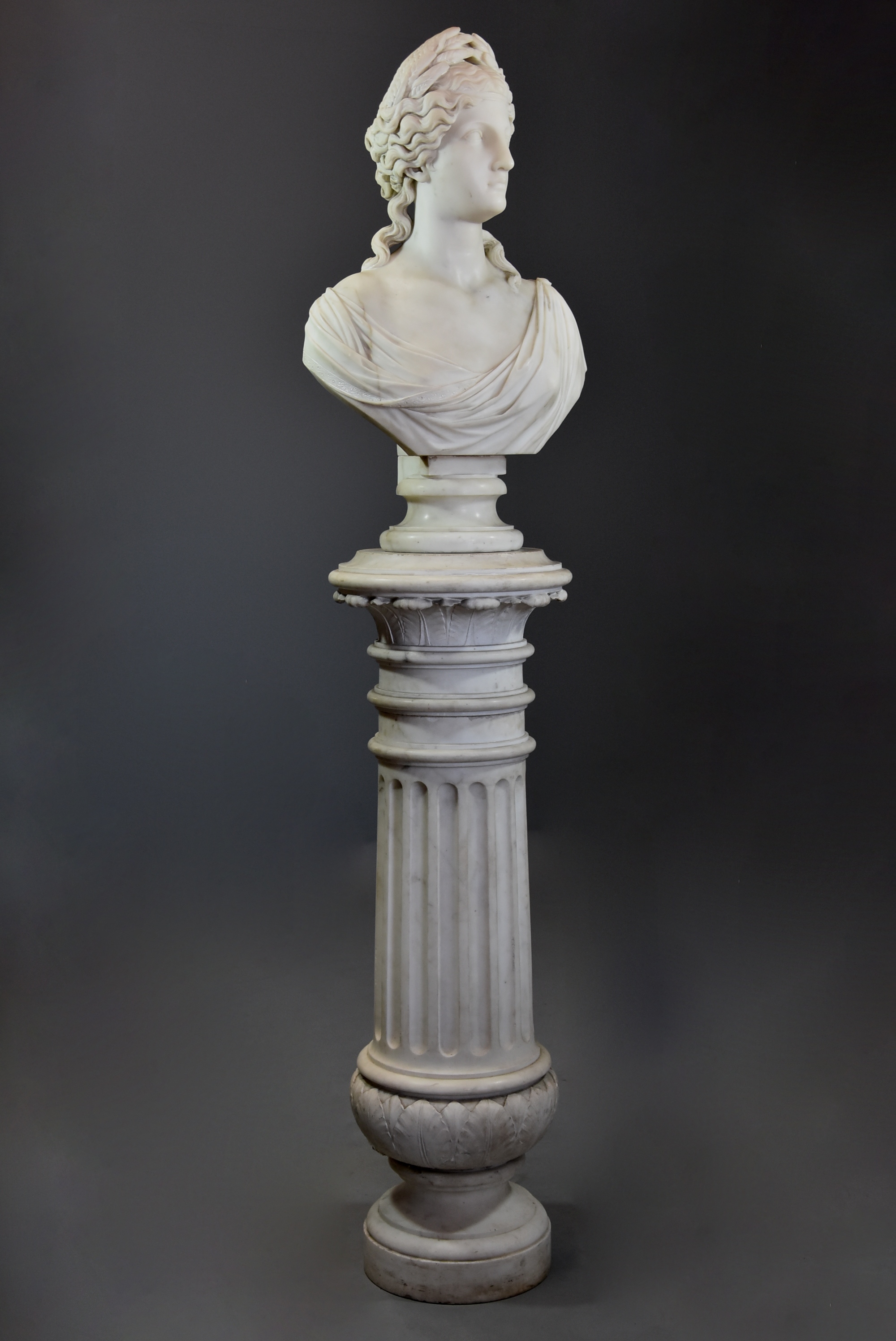 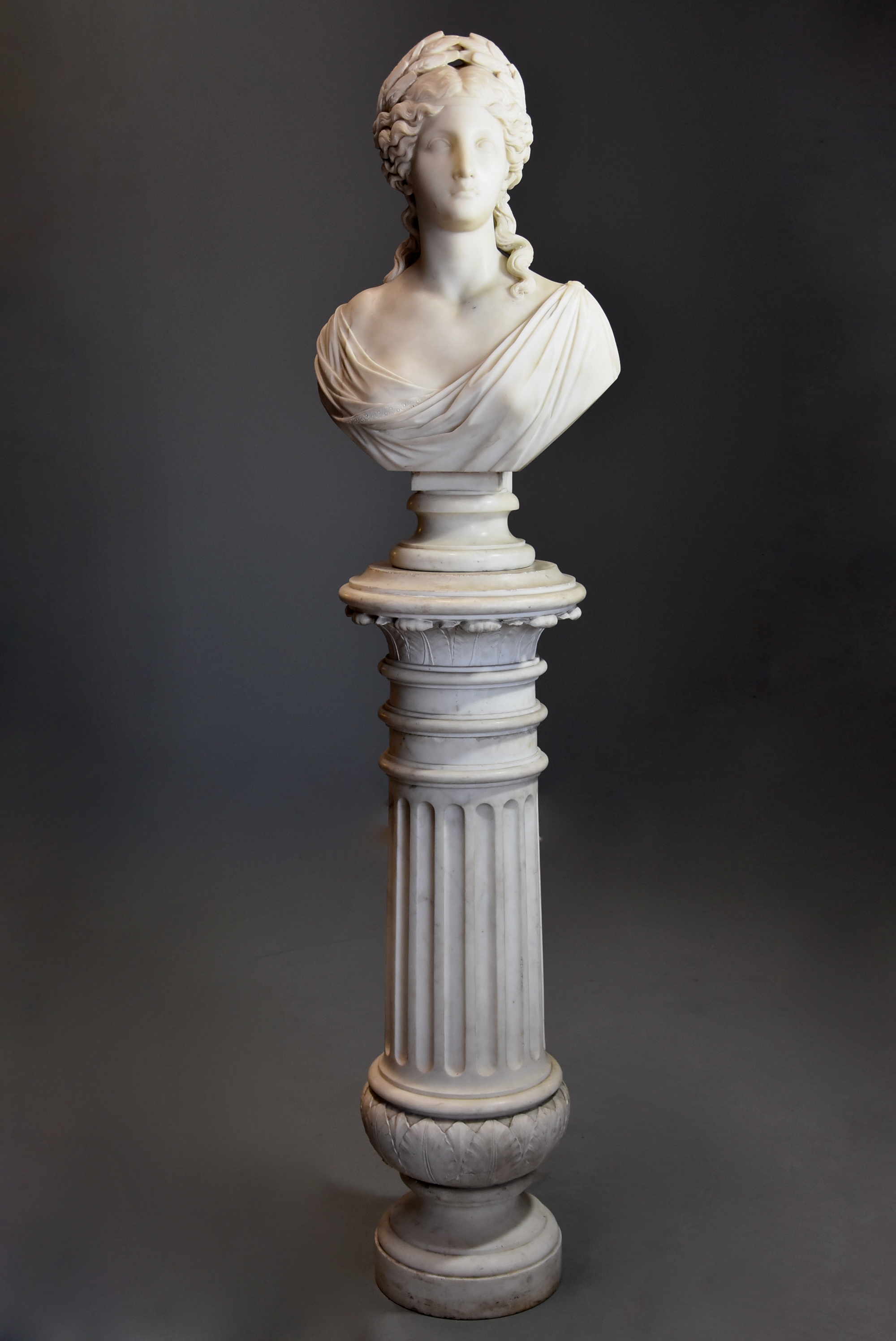 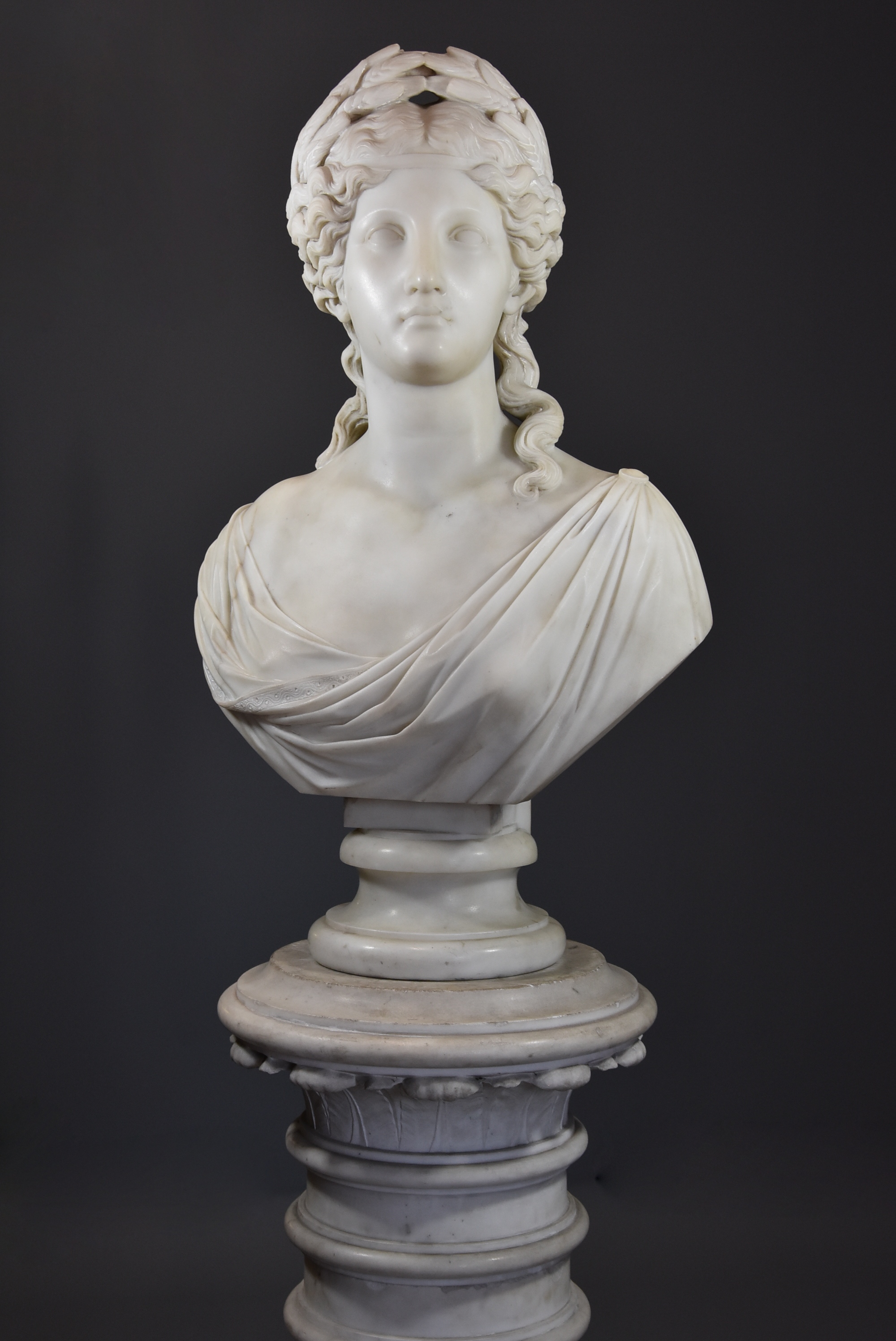 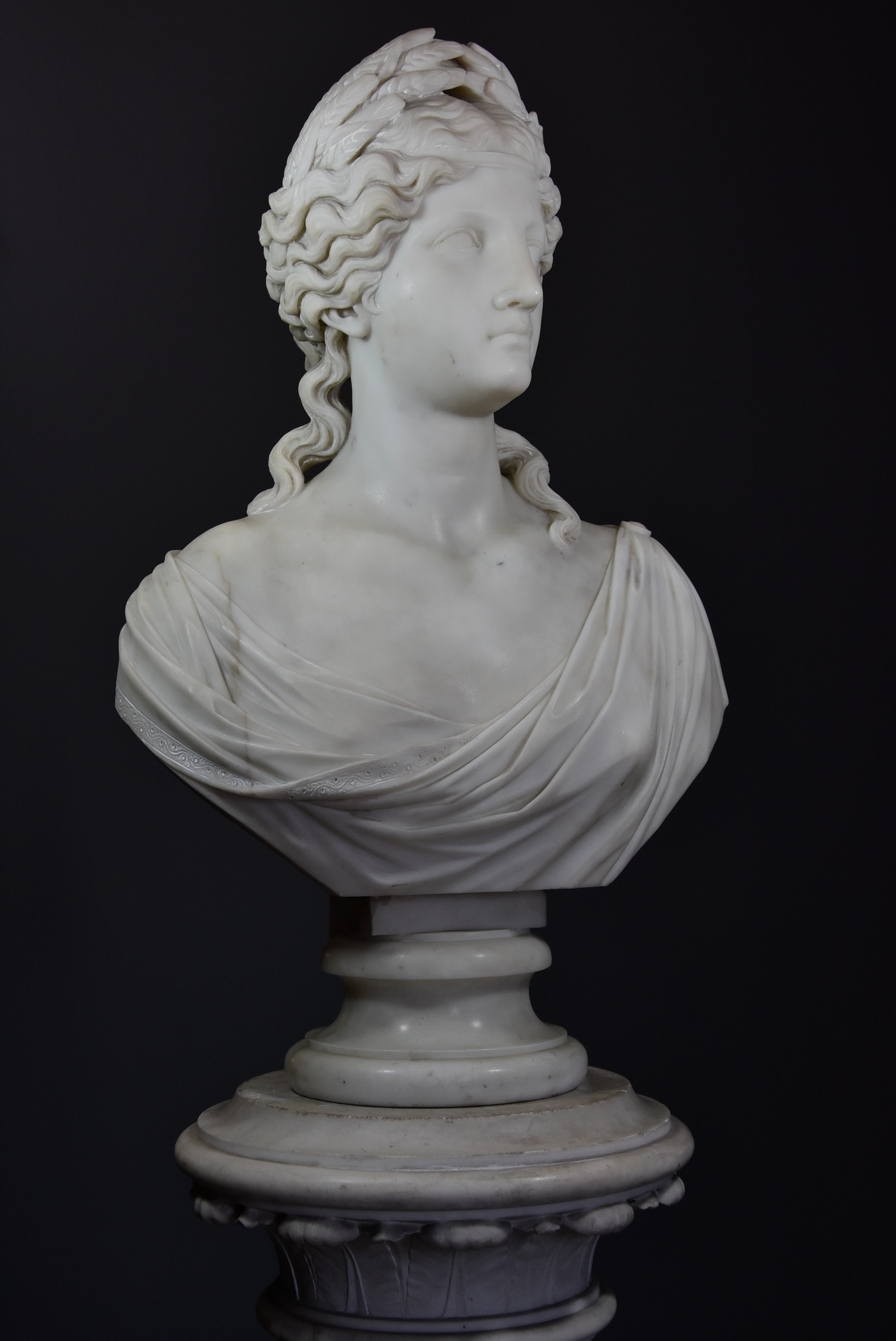 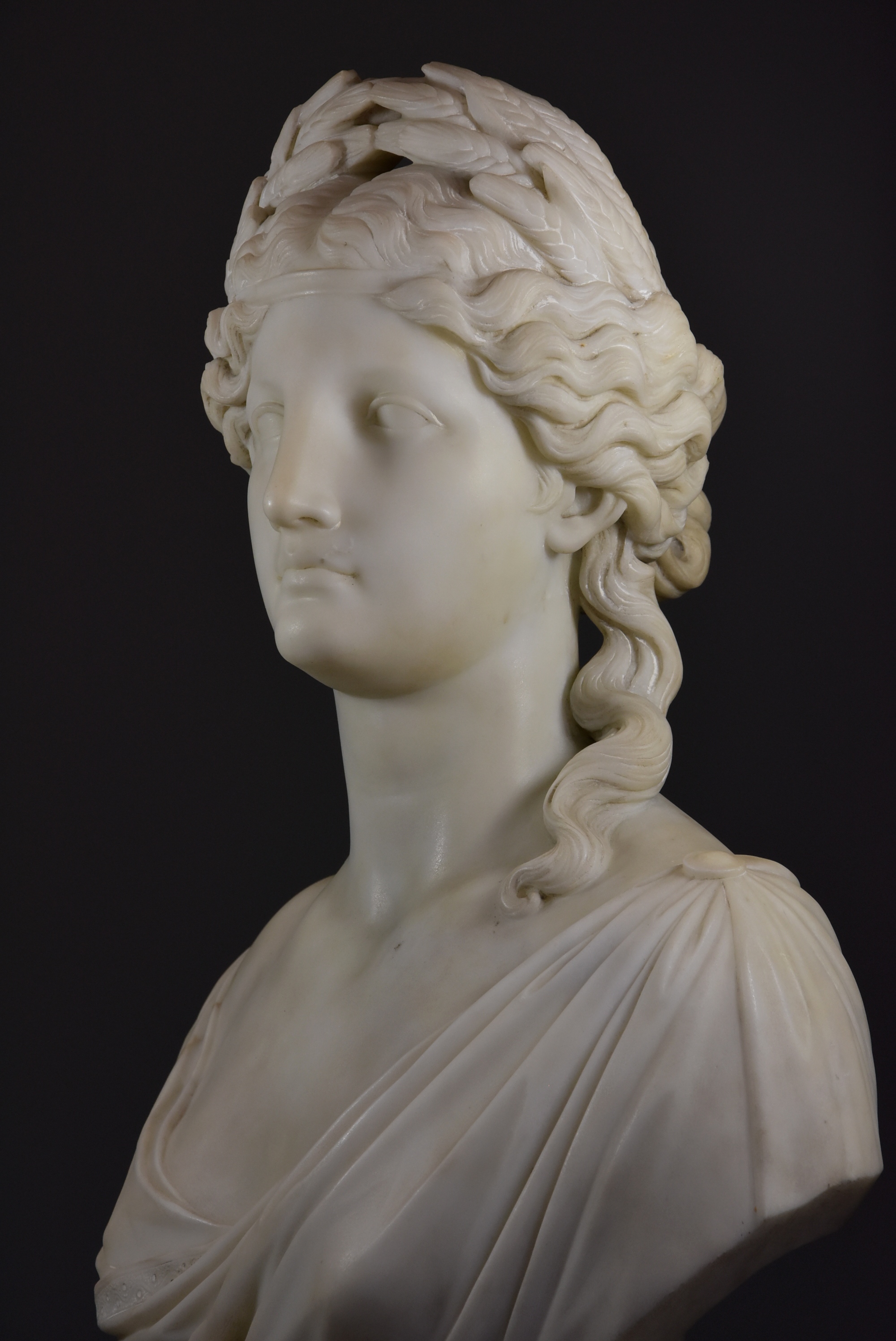 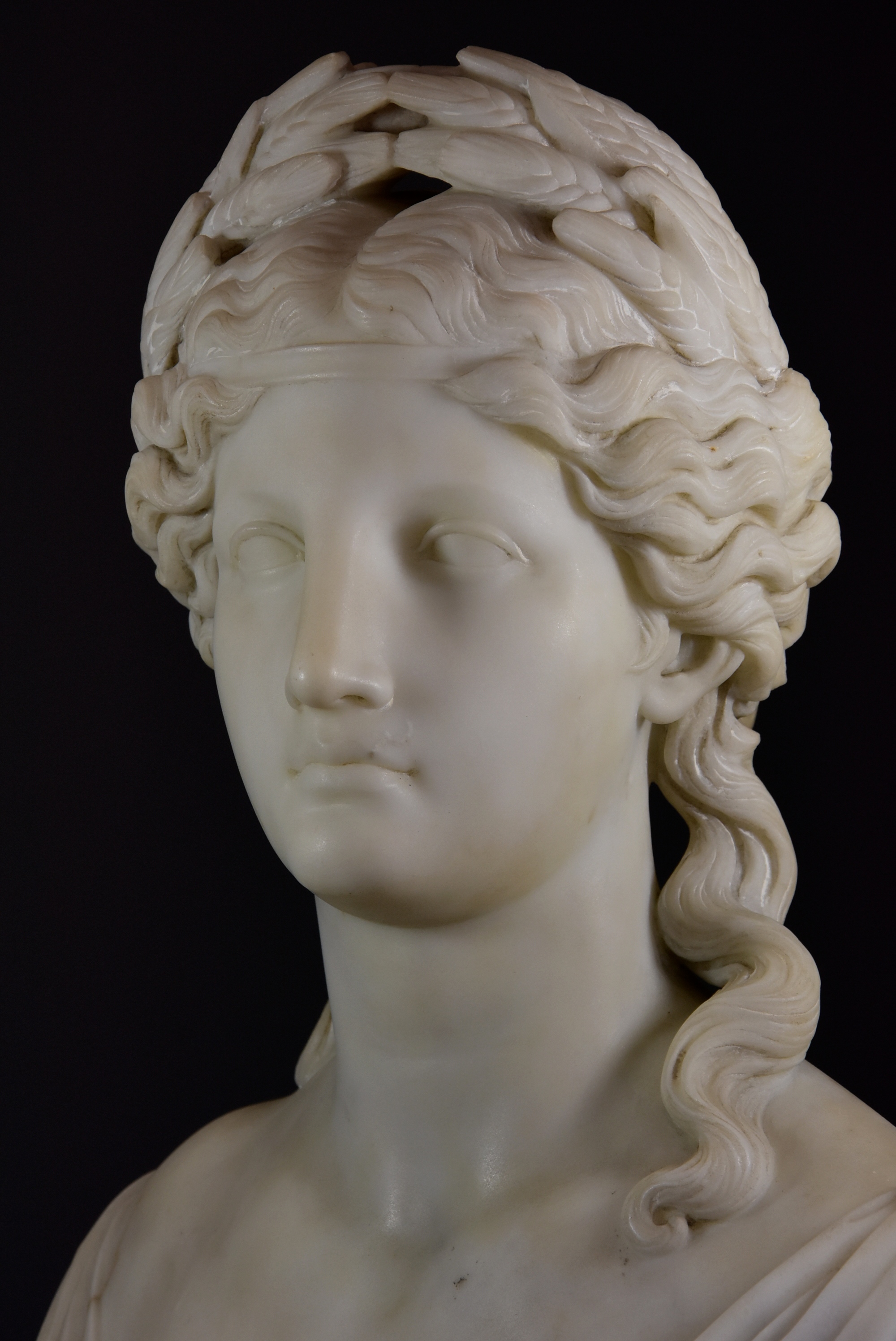 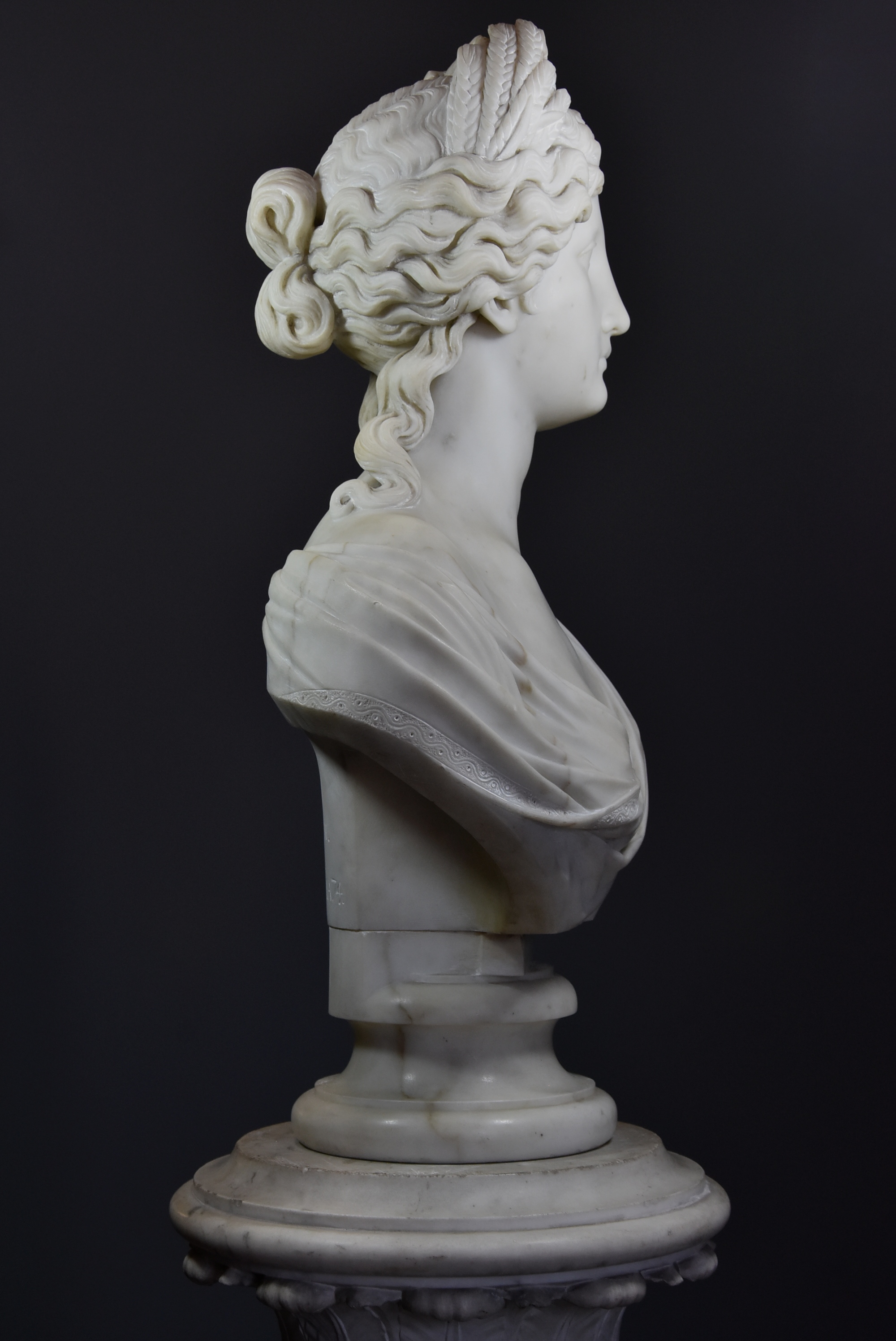 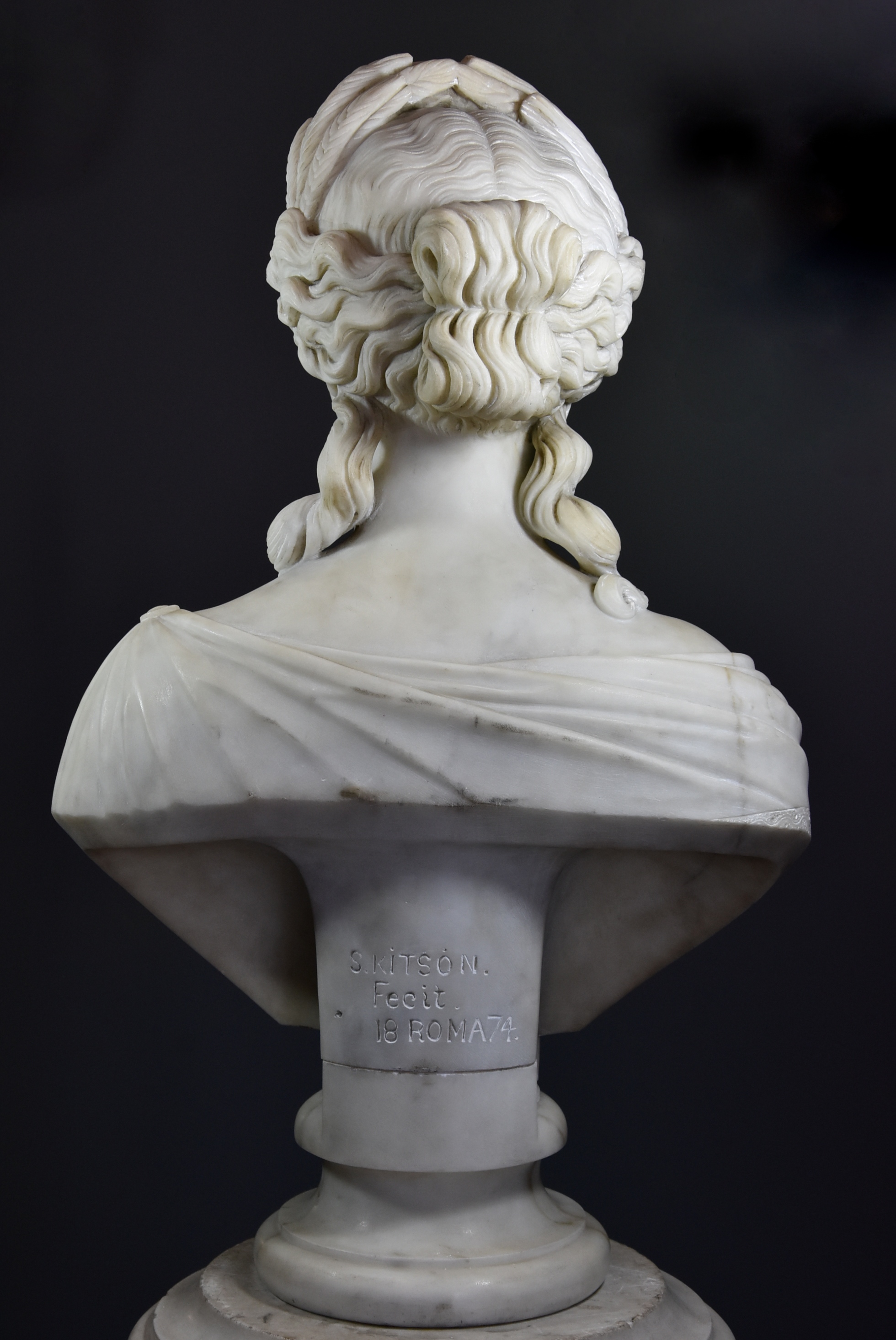 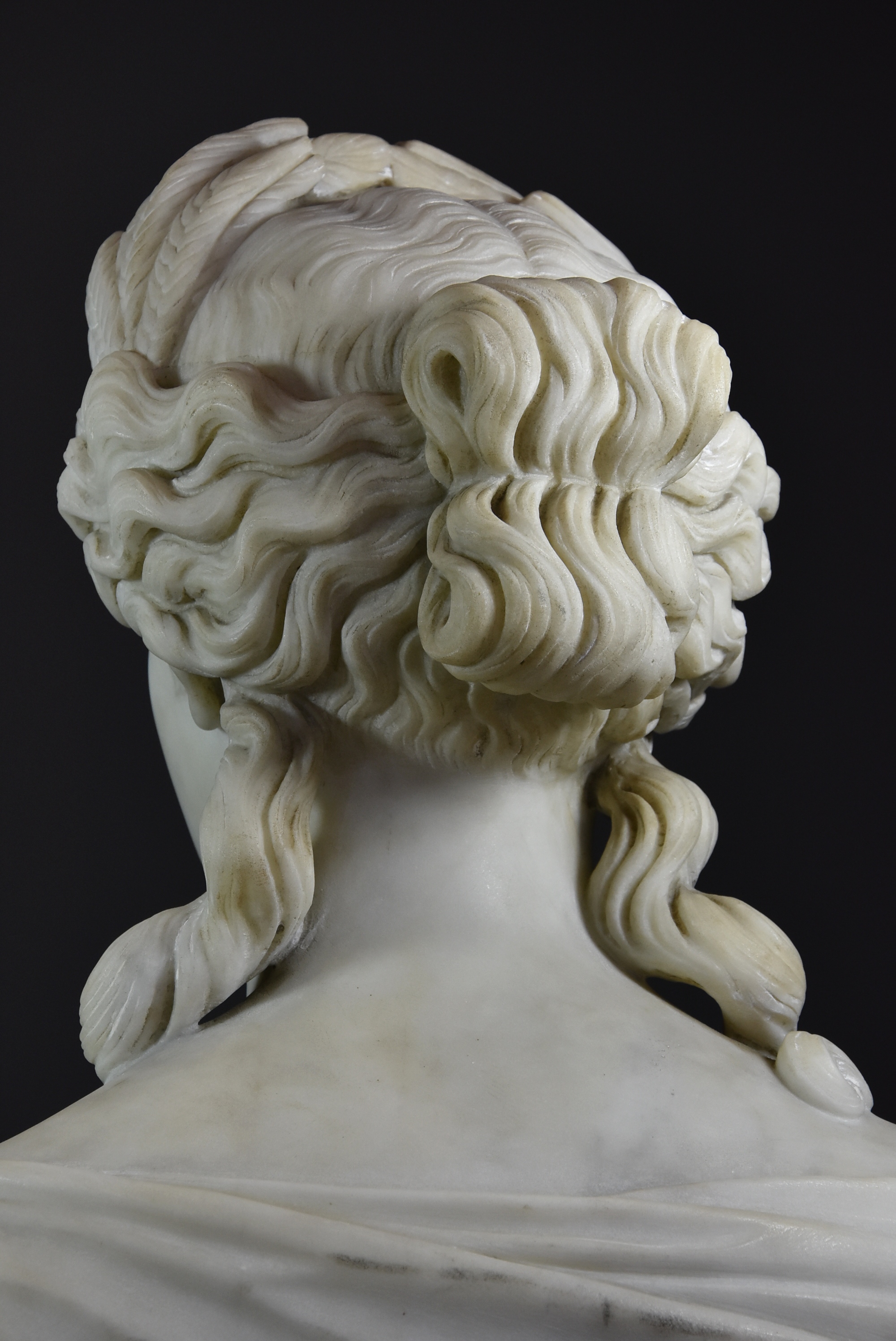 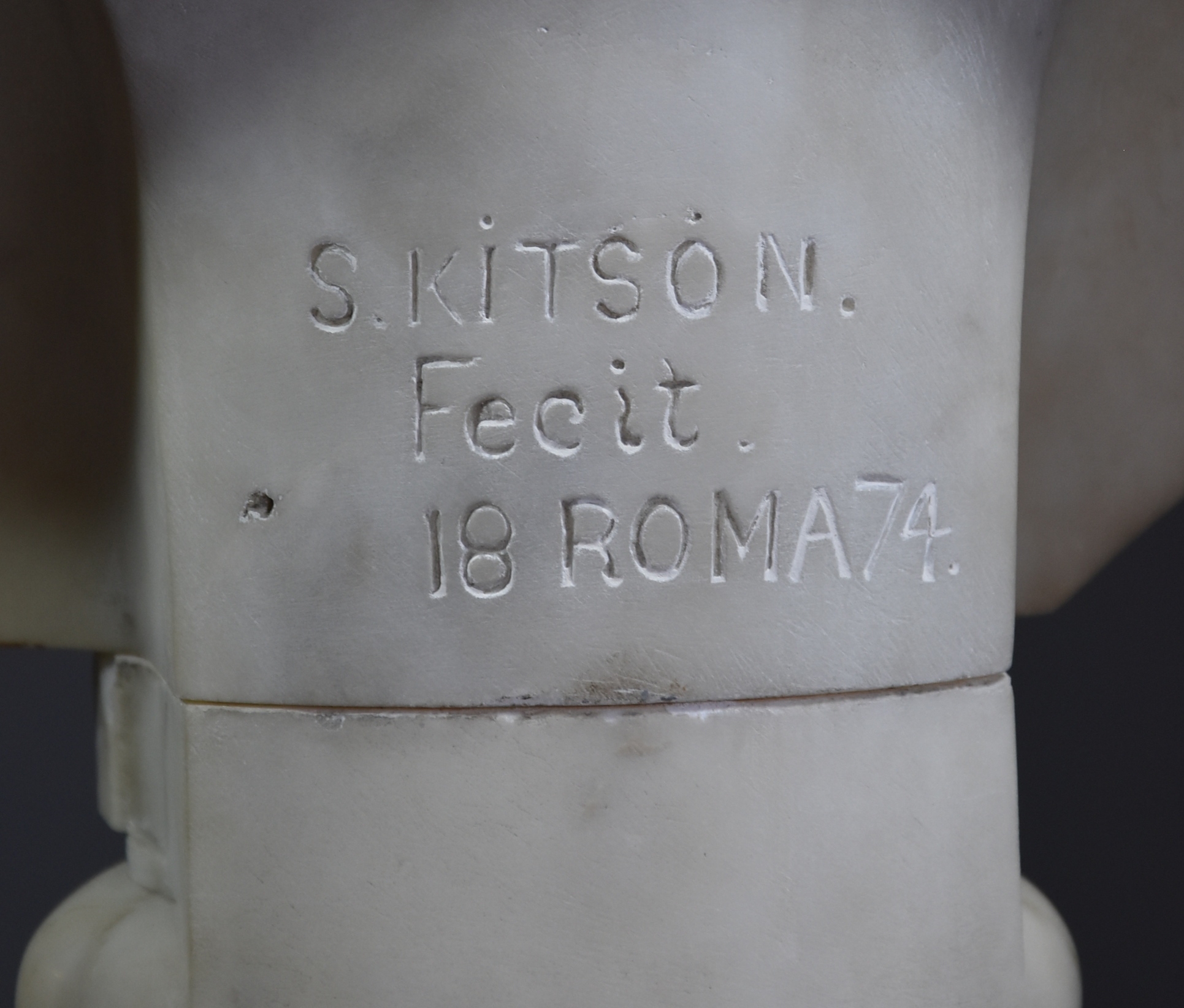 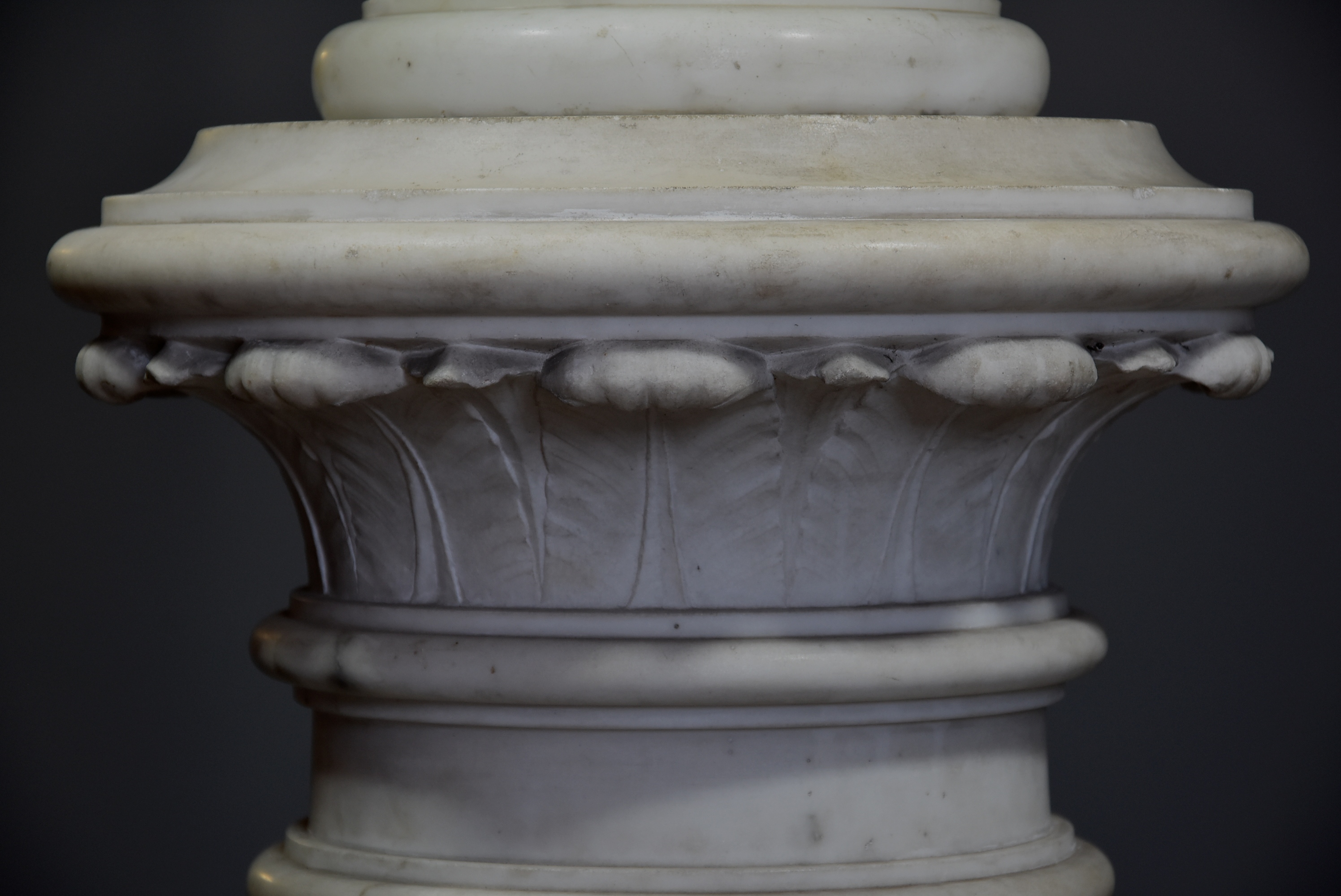 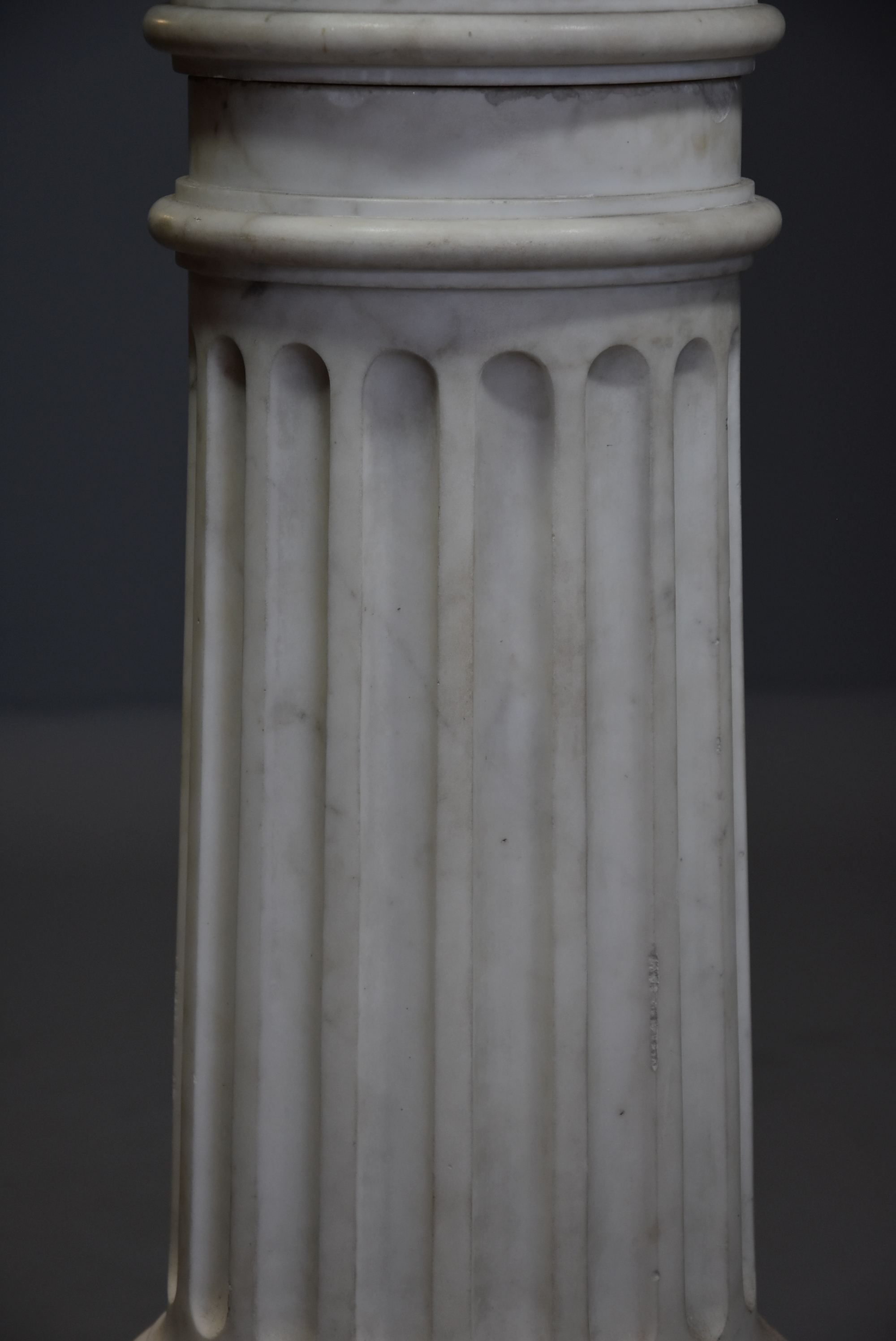 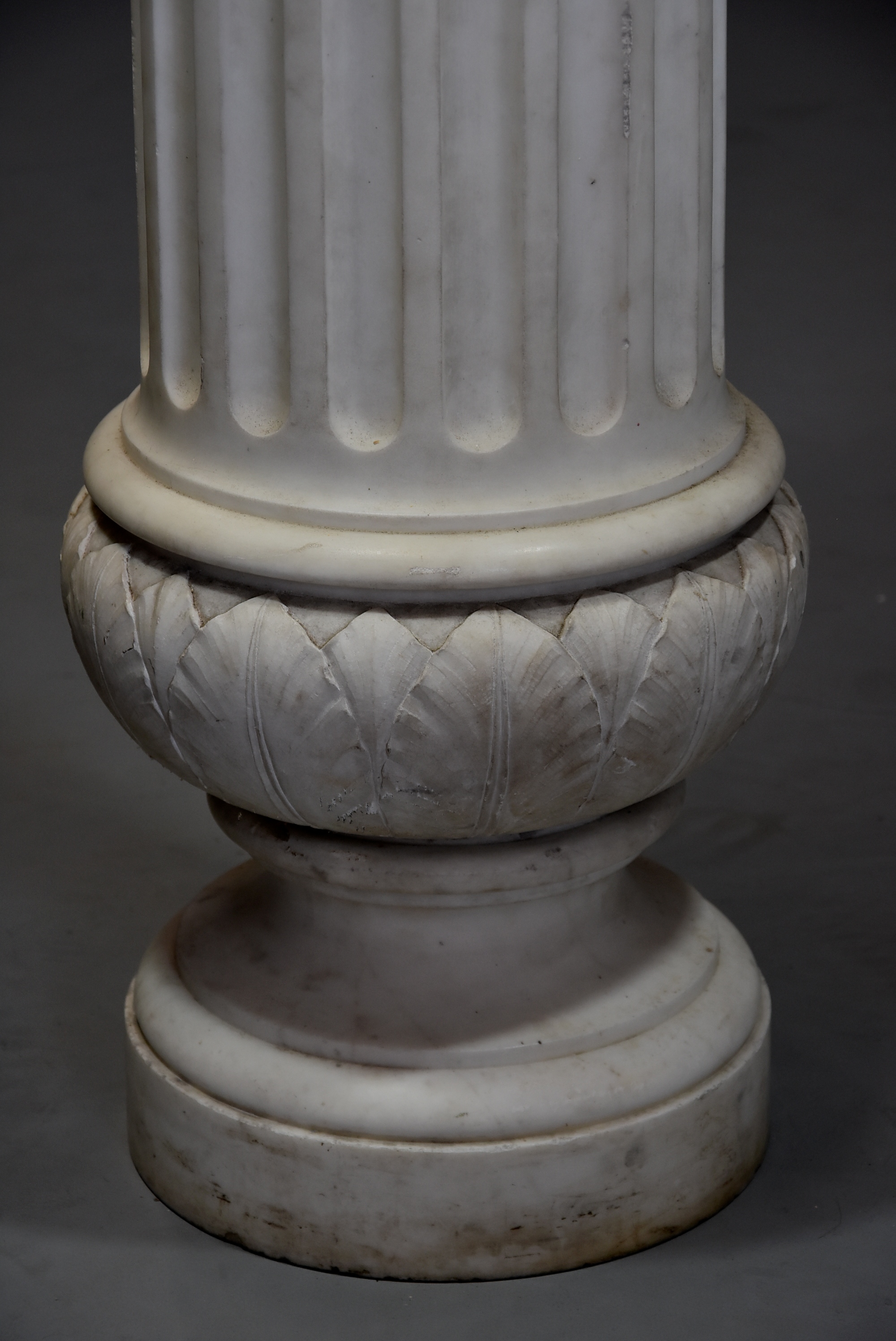