A pair of French highly decorative late 19th century Grand Tour style bronze 'Townley Vases' with good patination supported on polished slate plinths, based on the original Roman marble vase of the same name - ADDITIONAL IMAGES CAN BE VIEWED BELOW:

This pair of bronze vases consist of volute handles to either side in the manner of a pottery krater, the term krater meaning mixing vessel and this style of vase originally used for mixing wine with water. The vases having high relief foliate decoration and of Classical figures supported on a decorative socle style base.

The vases are supported on polished slate stepped plinths consisting of a carved foliate design to the centre with fluted Corinthian columns to either side.

This pair of vases are in very good condition for age, are of stable construction and can go straight into a home. 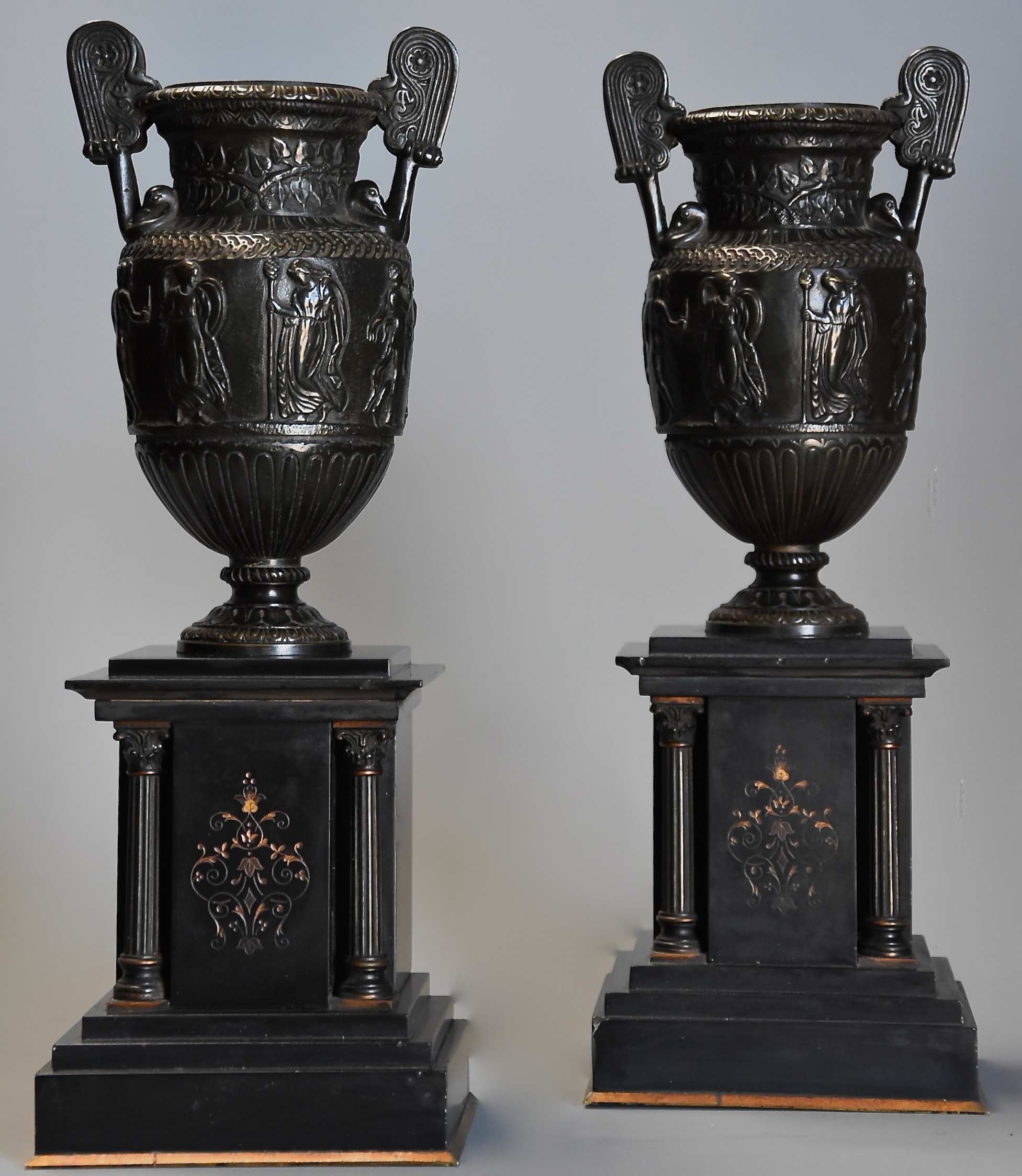 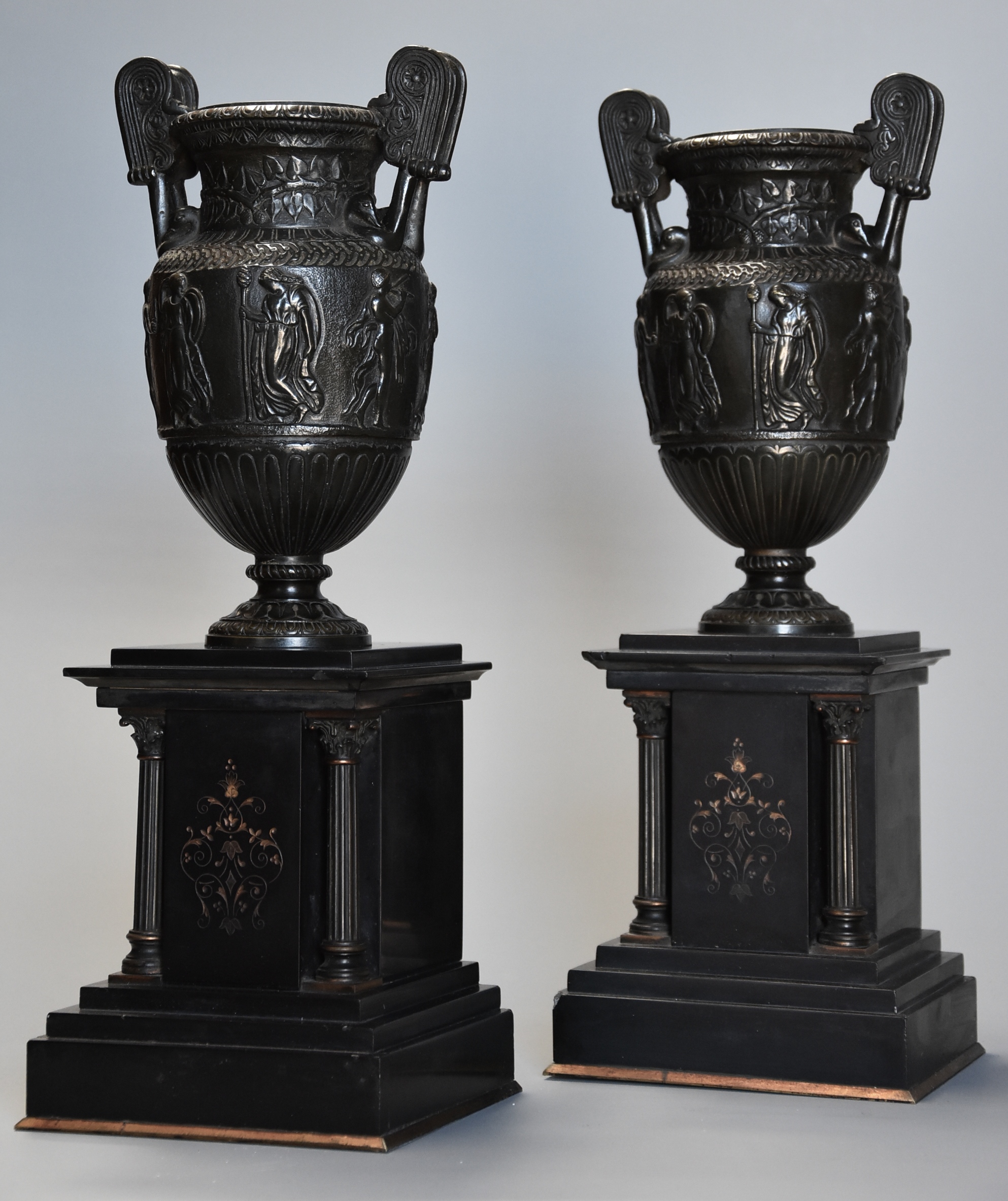 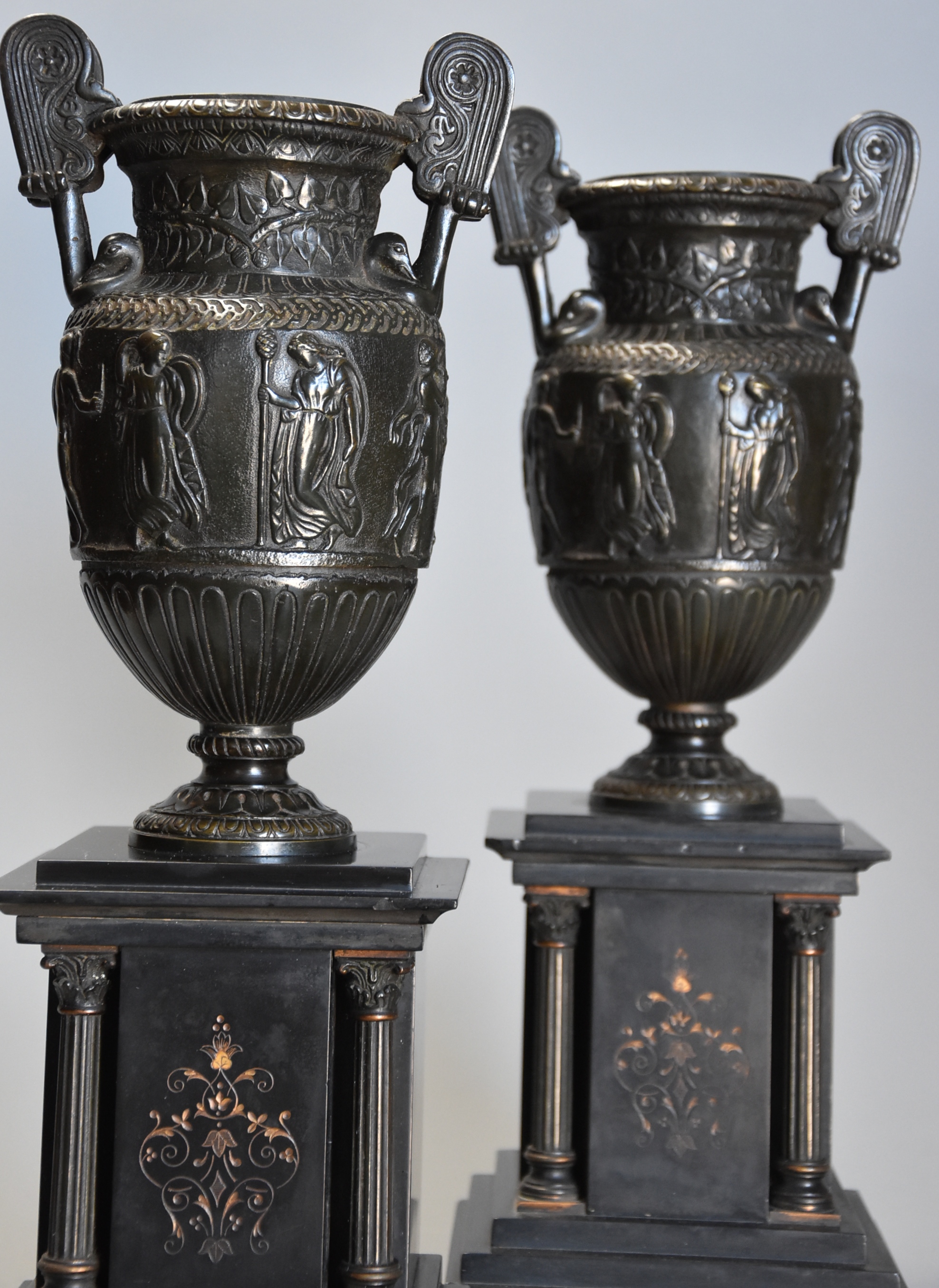 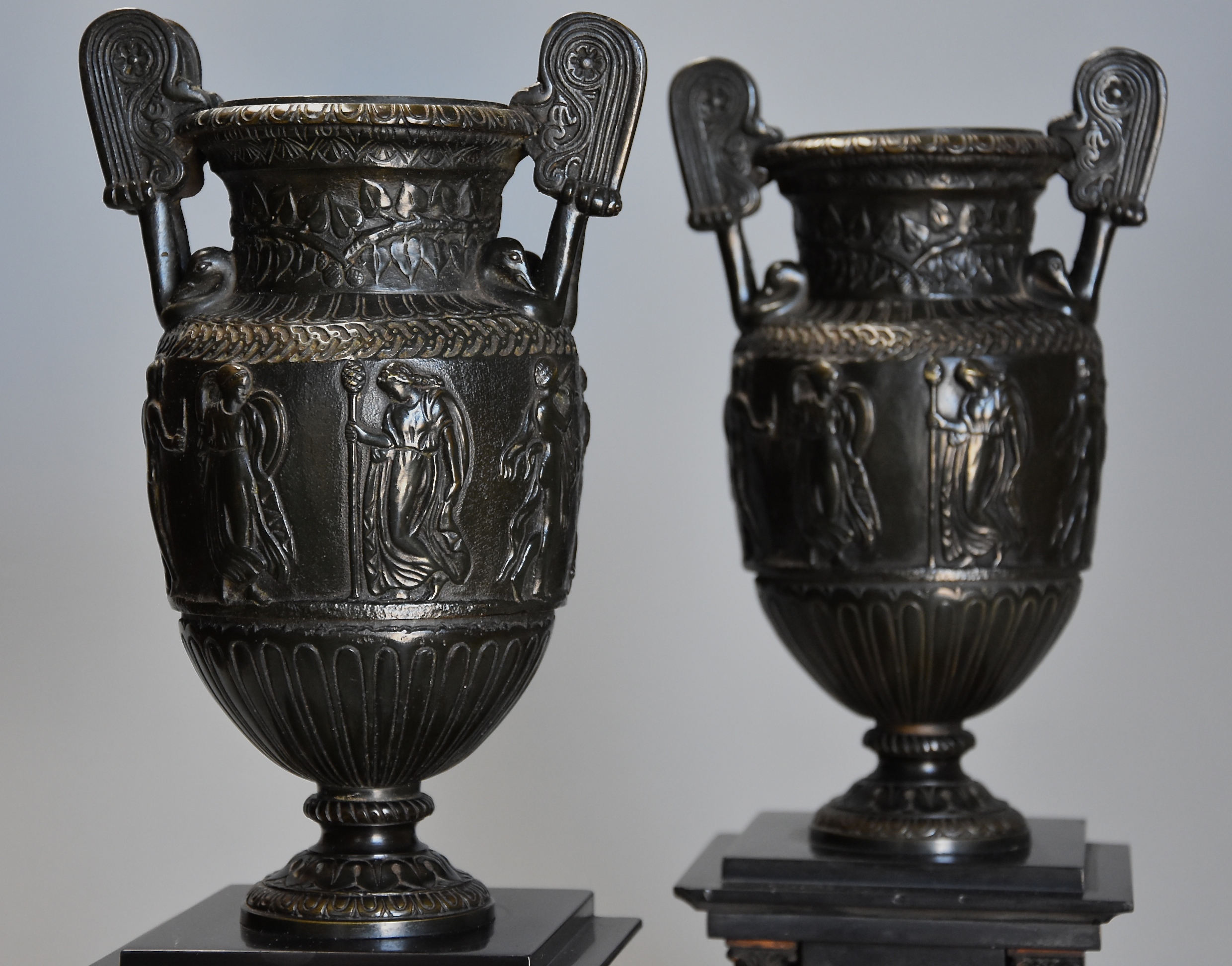 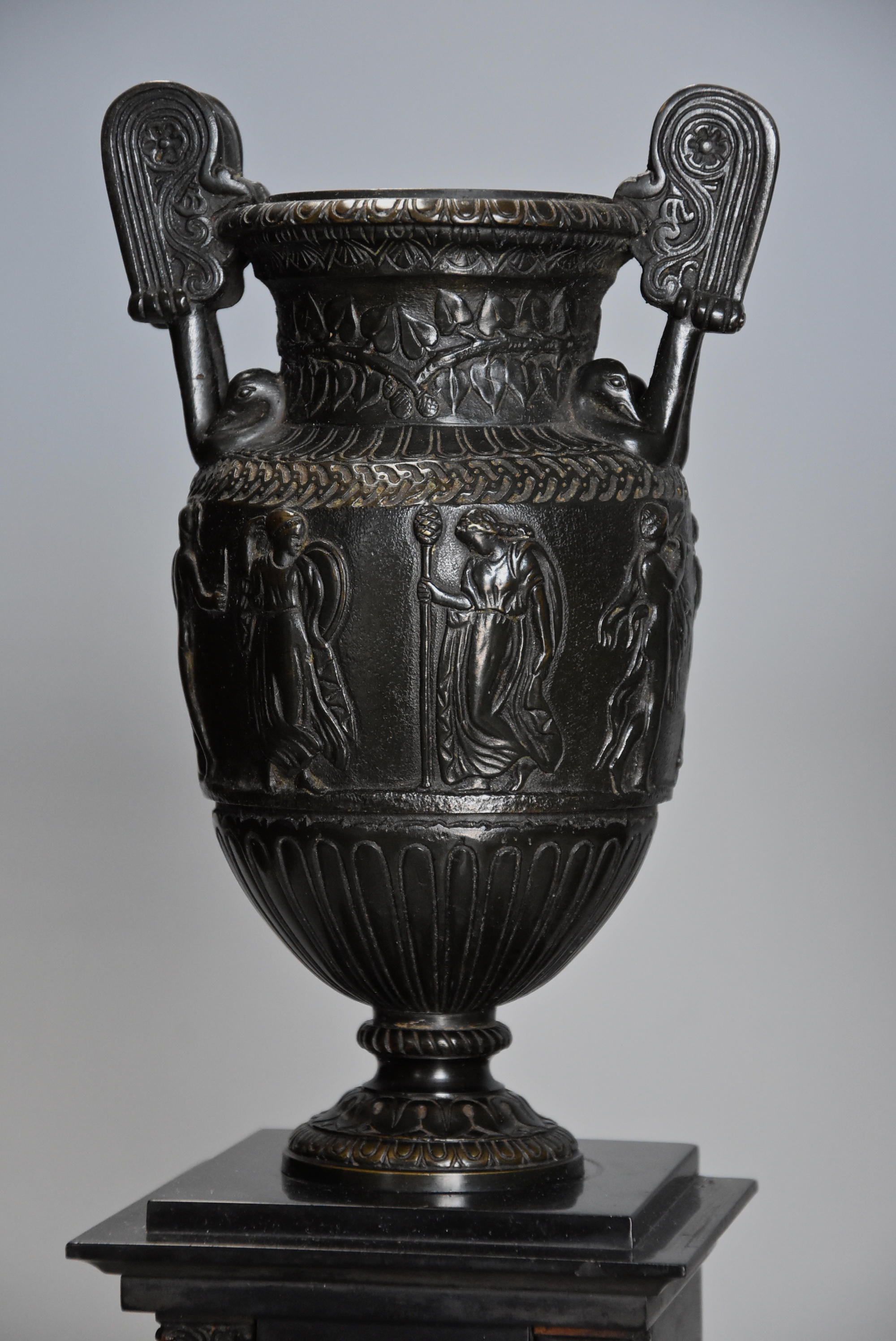 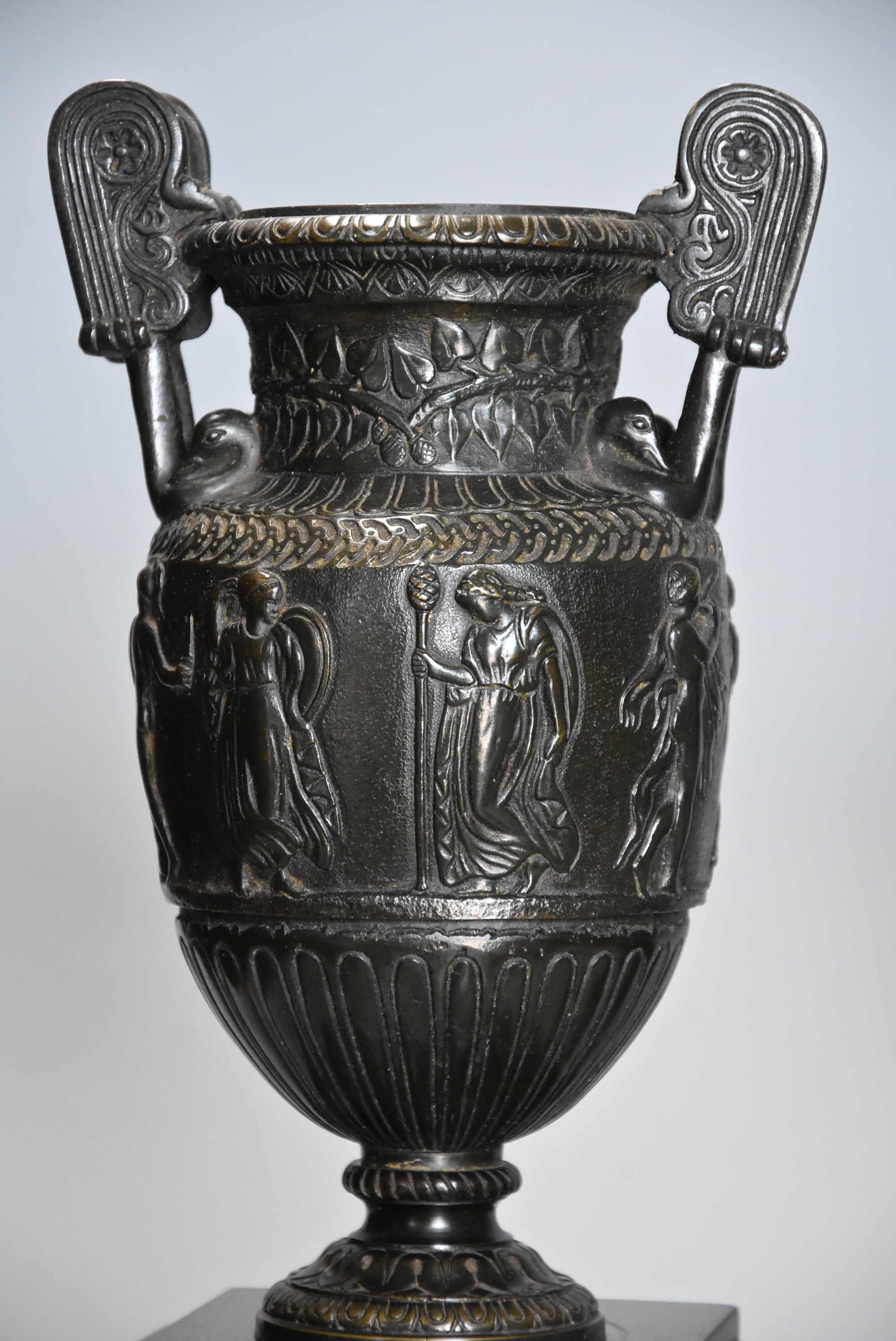 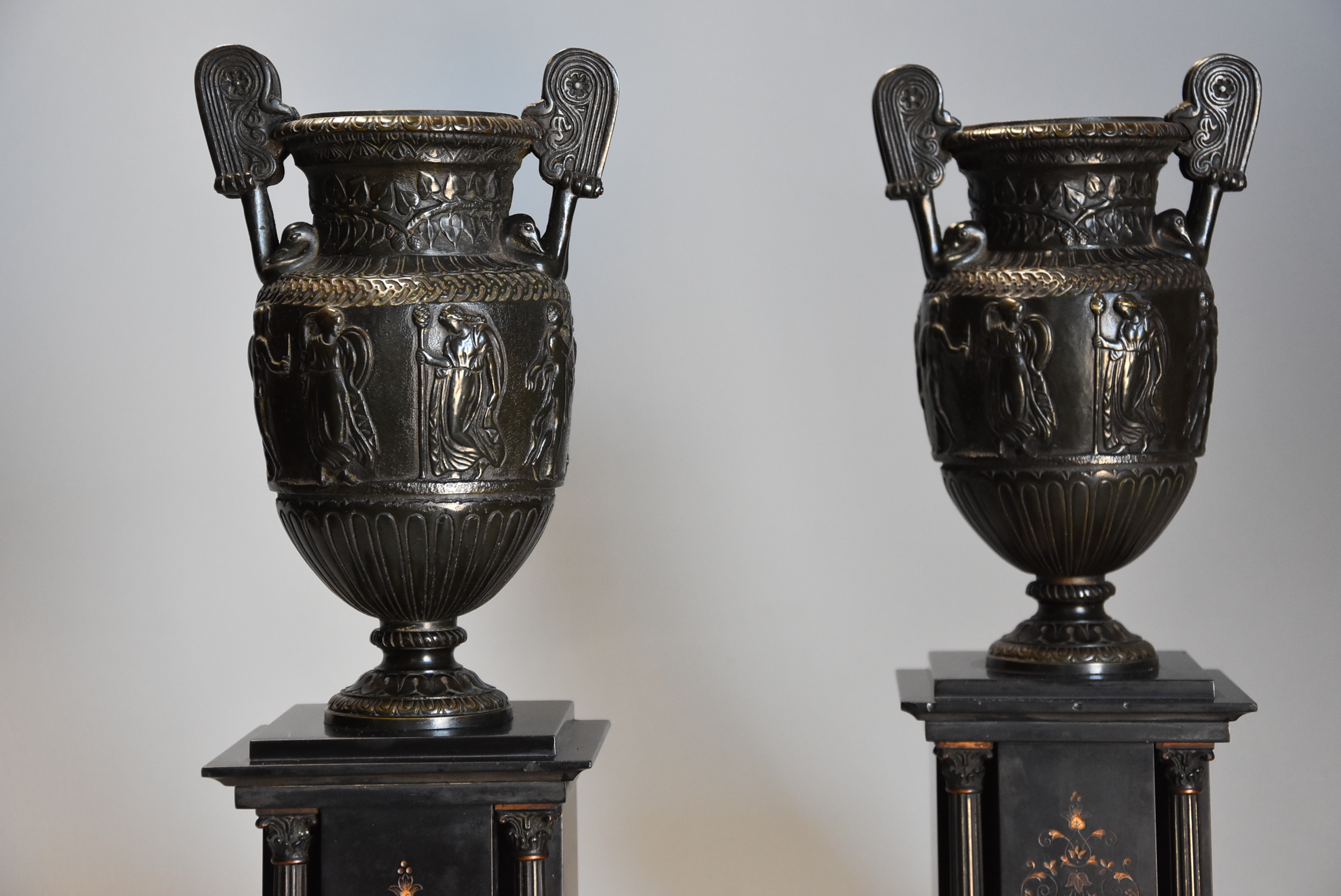 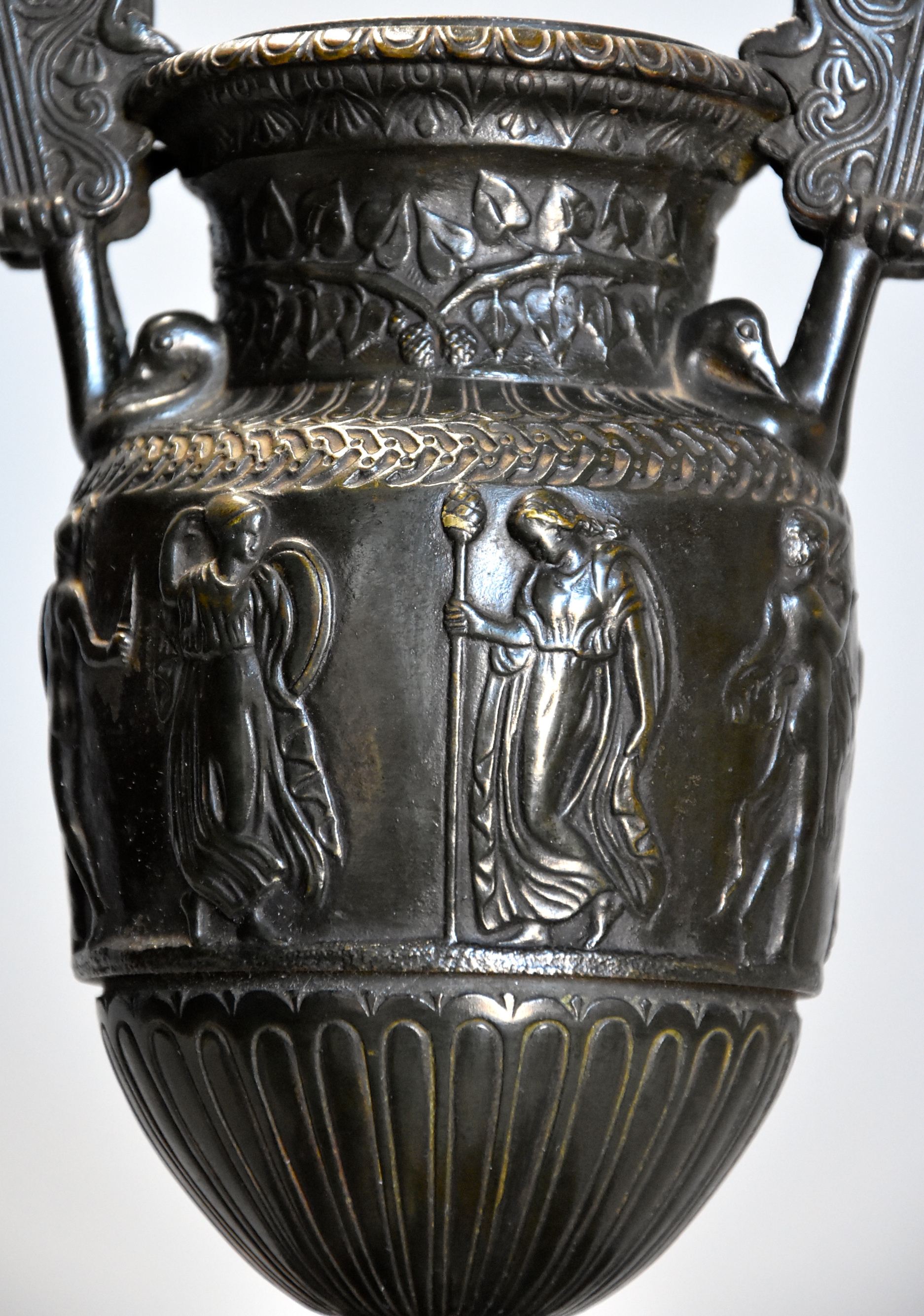 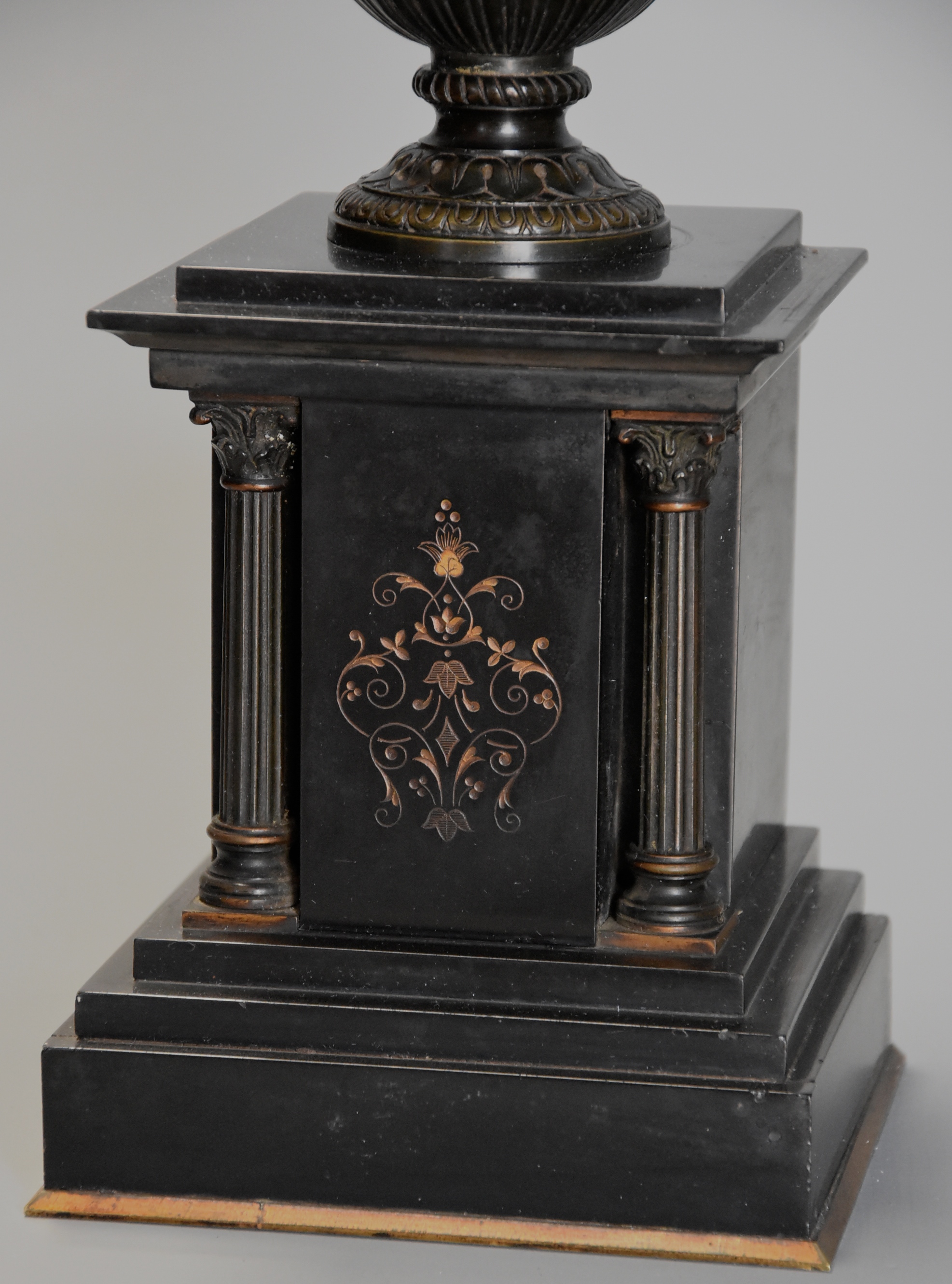 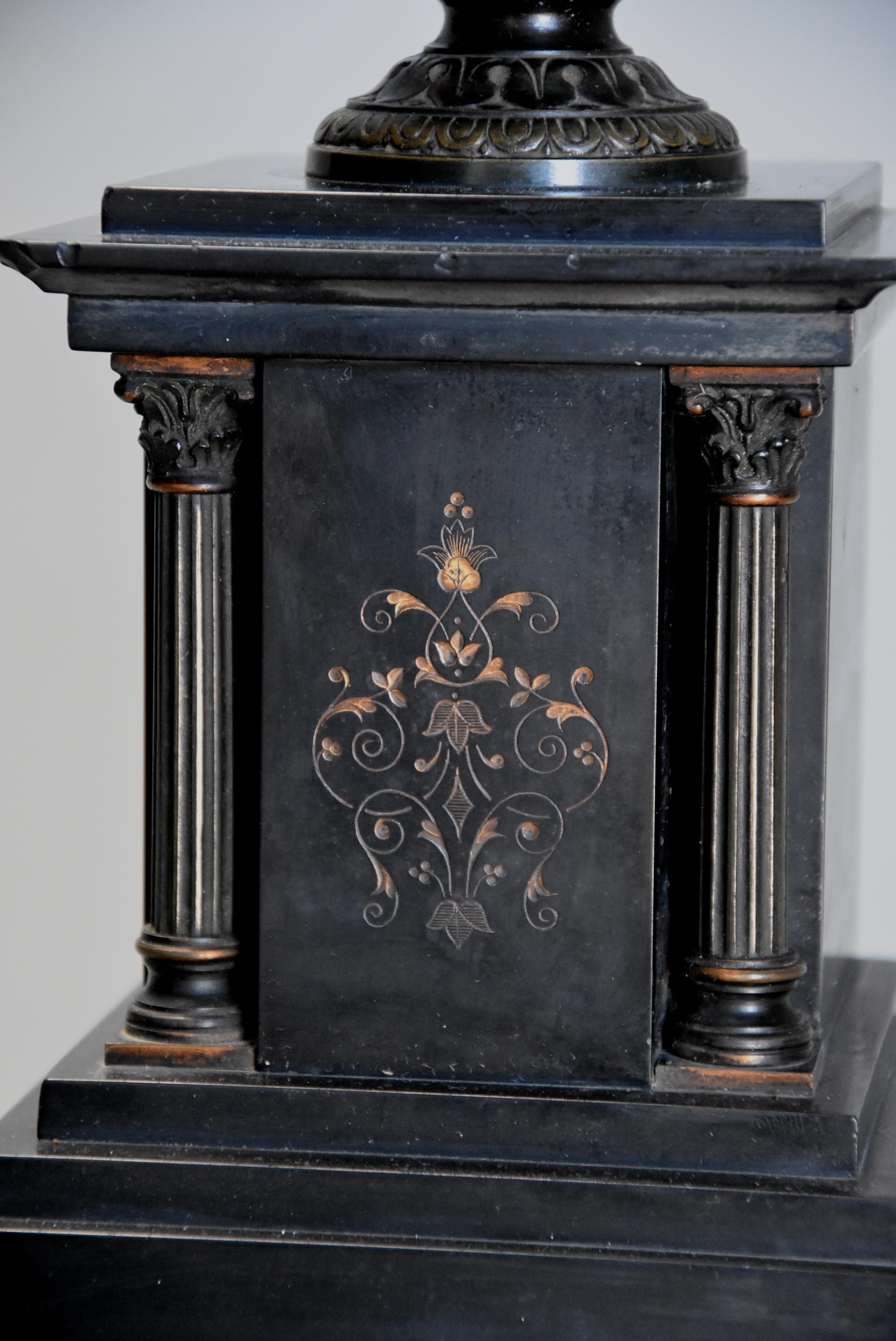 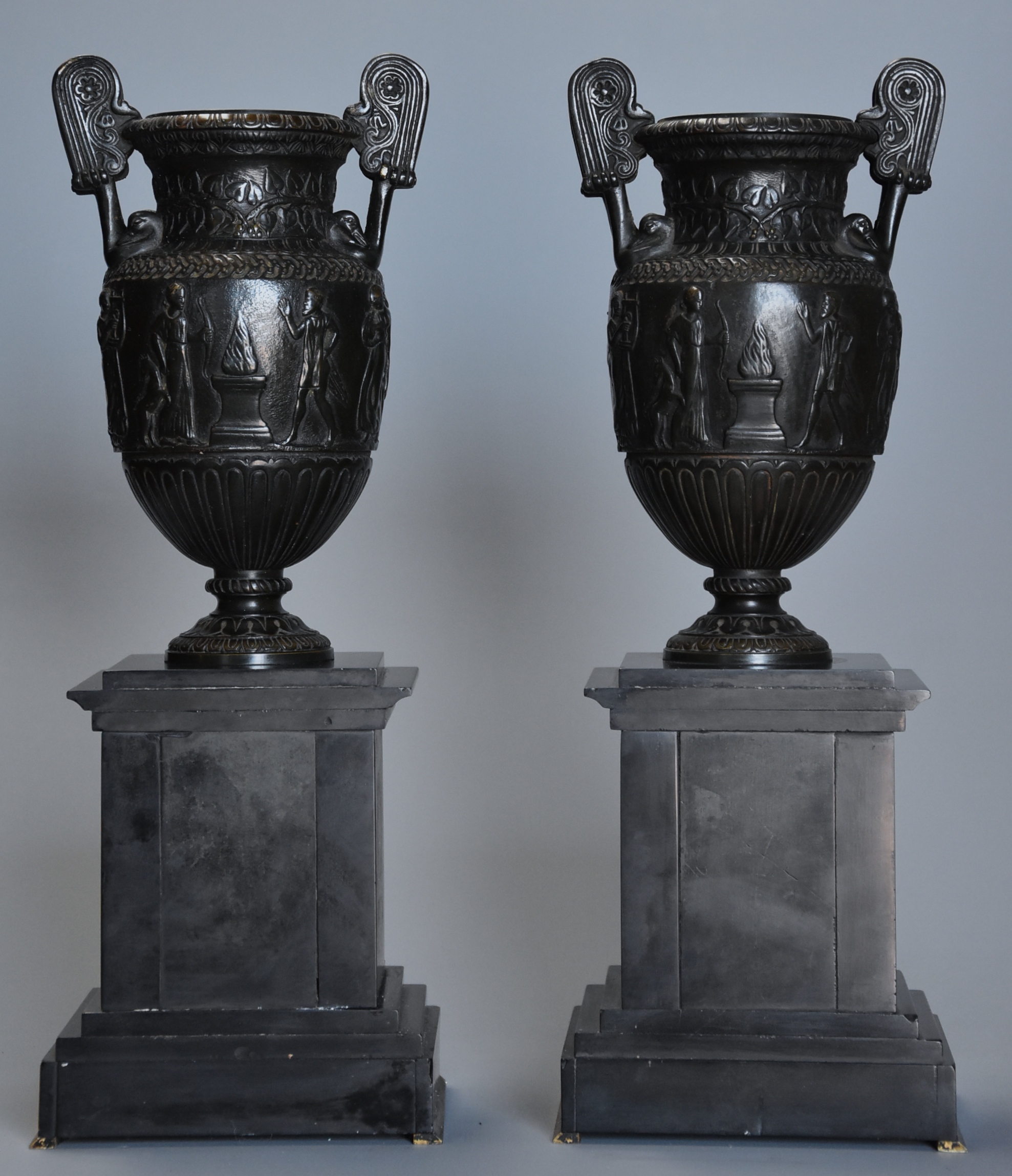