This figure is Neoclassical in design with Venus depicted holding draped fabric to conceal her nudity and stands on a circular base.

The original work was by the workshop of Antonio Canova and was Canova's first marble Venus. It was ordered in 1804 by the King of Etruria, Ludovico I, as a replacement for the ancient Medici Venus that has been seized by Napoleon in 1802 for the Louvre.

The verde Prato serpentine stone has been quarried for centuries near to Prato, northwest of Florence in Italy, the stone was so named due to the resemblance to the skin of a serpent.

This figure is a decorative piece, it is in good condition for age (the head has had some damage previously but has been repaired). 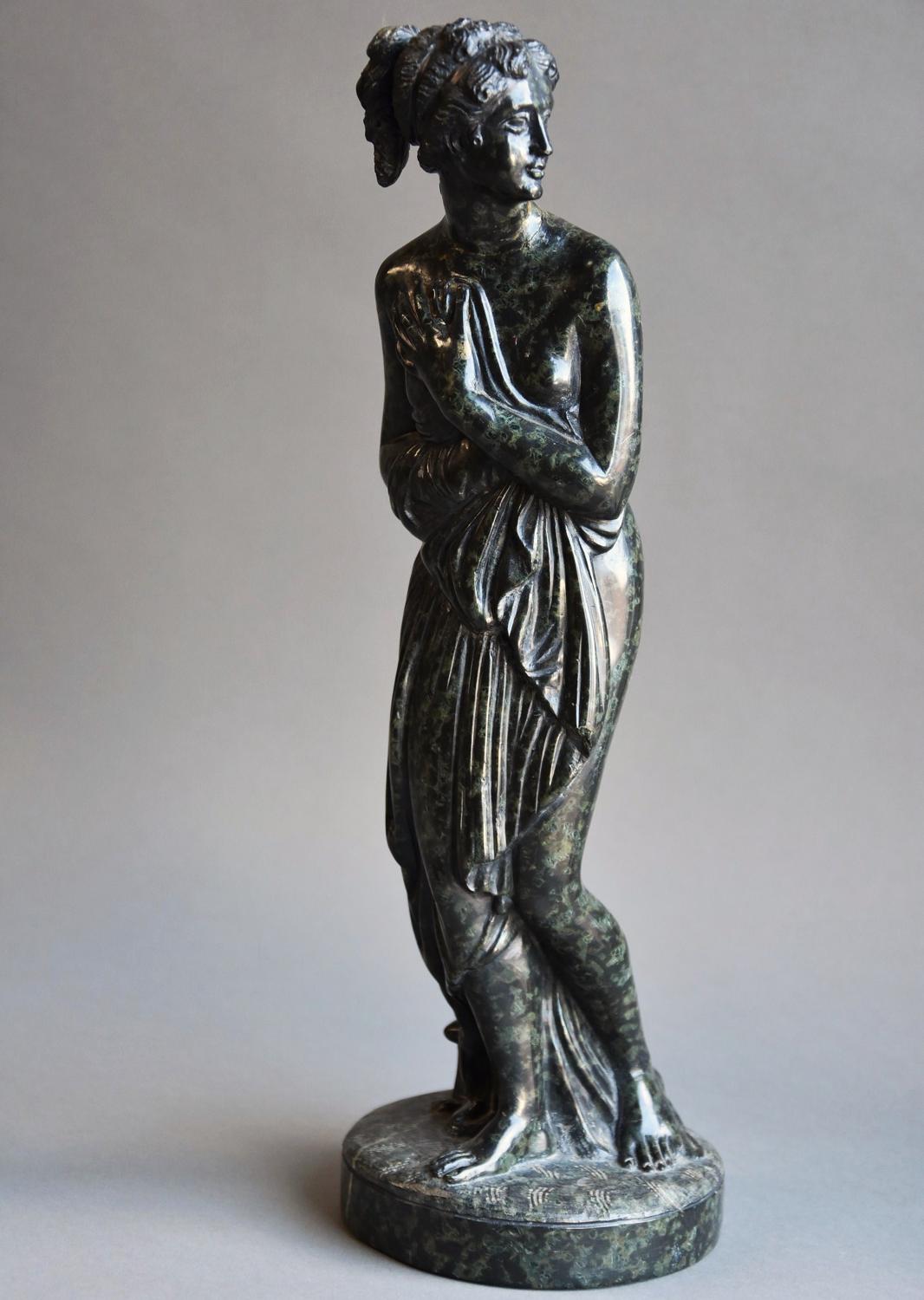 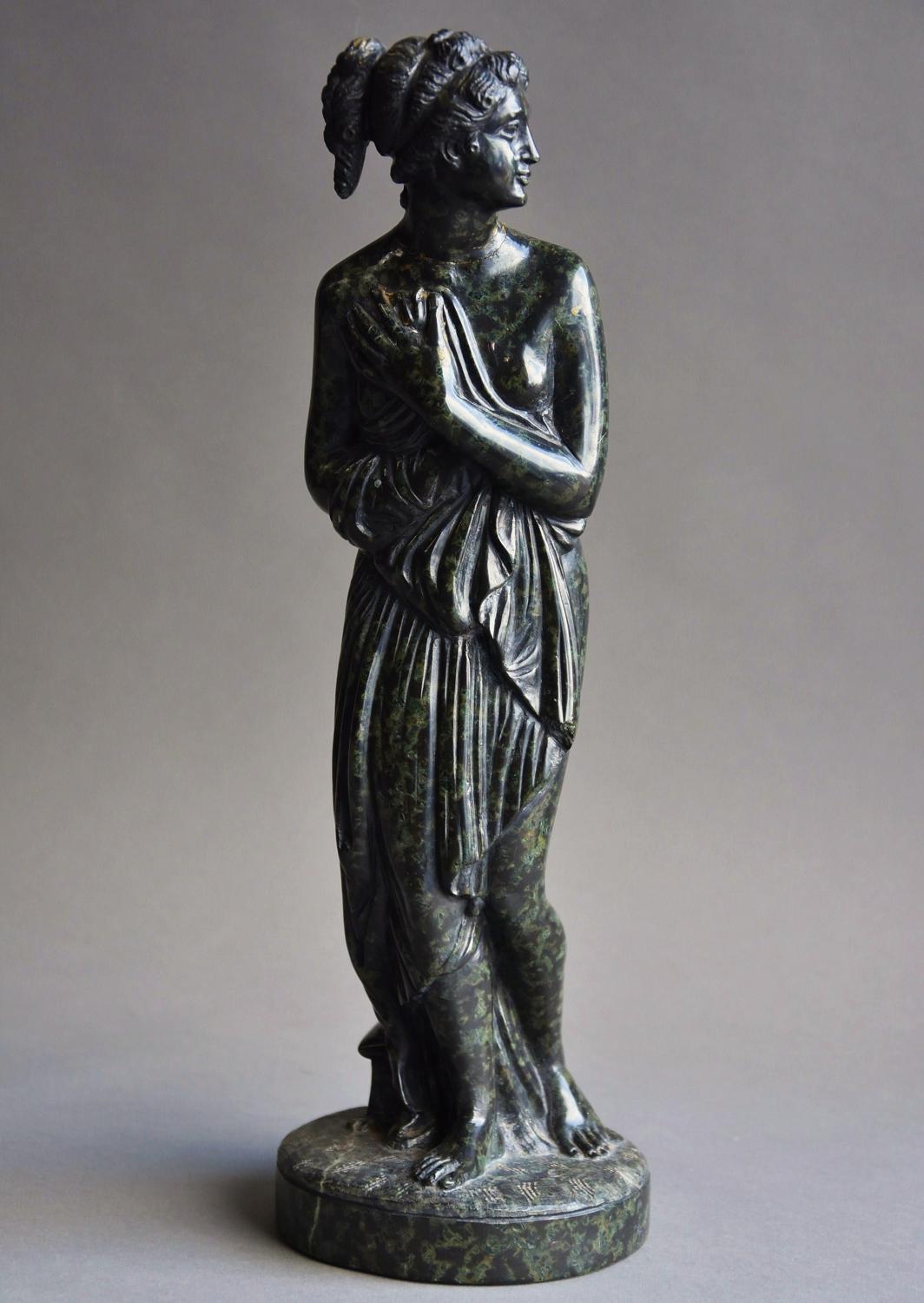 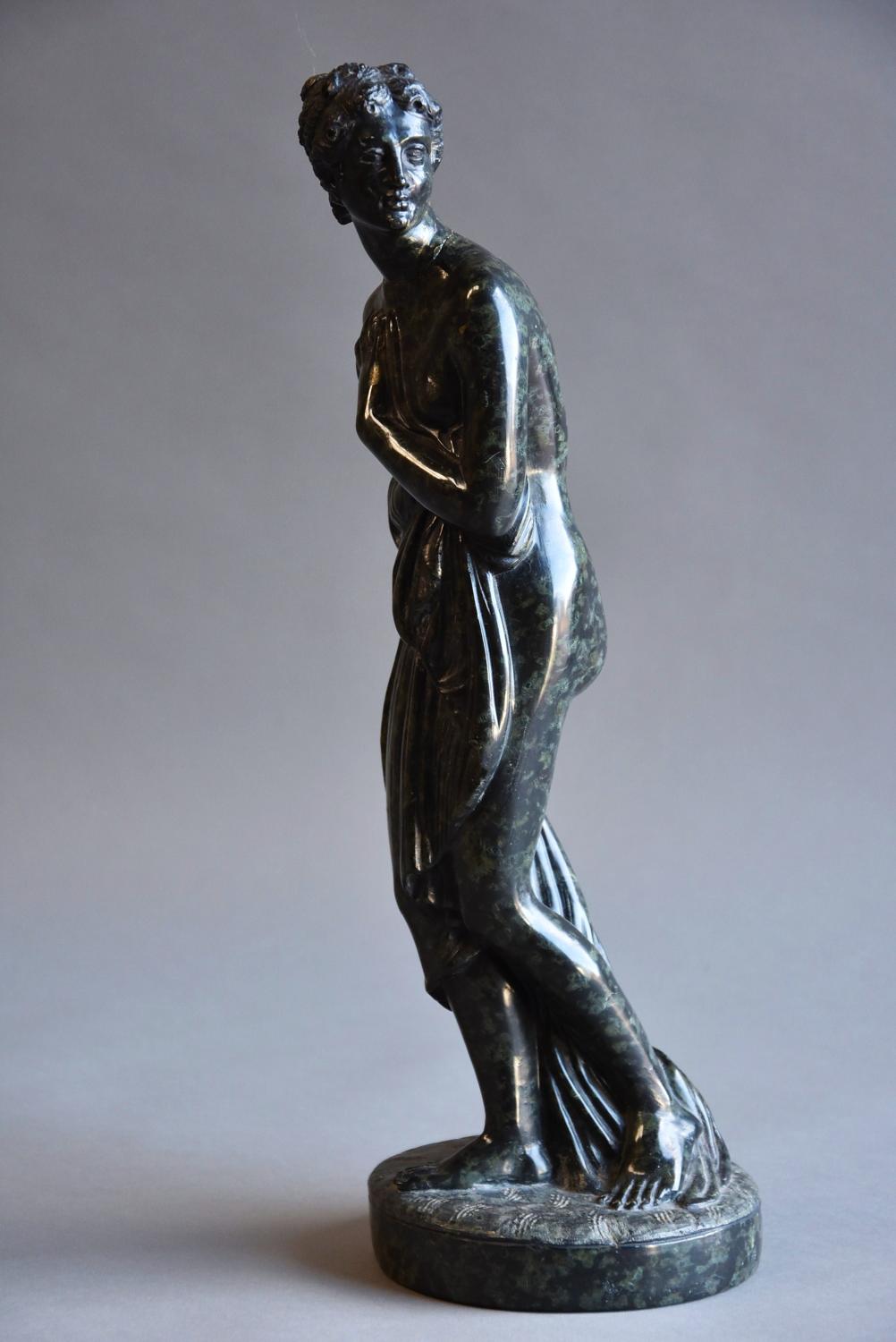 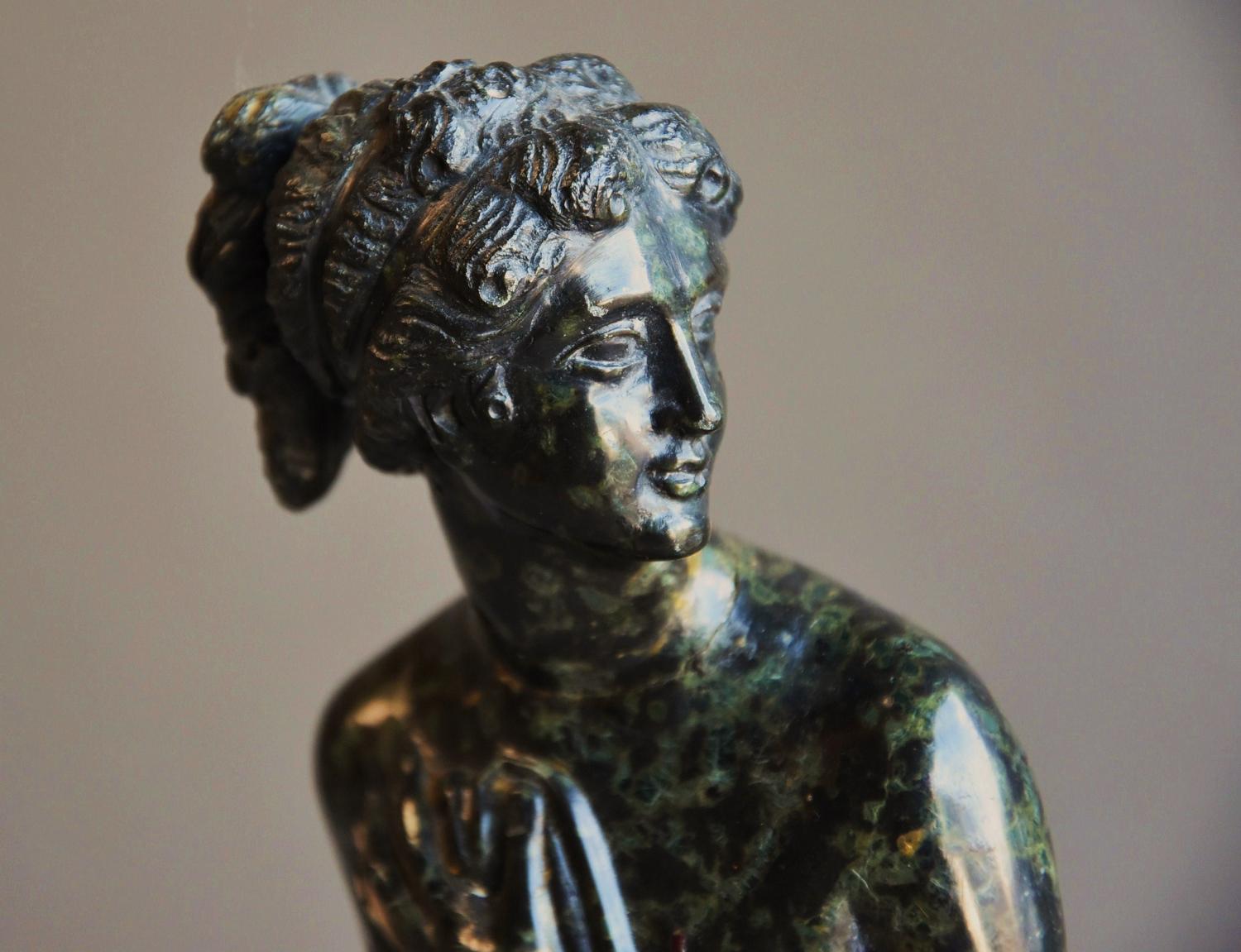 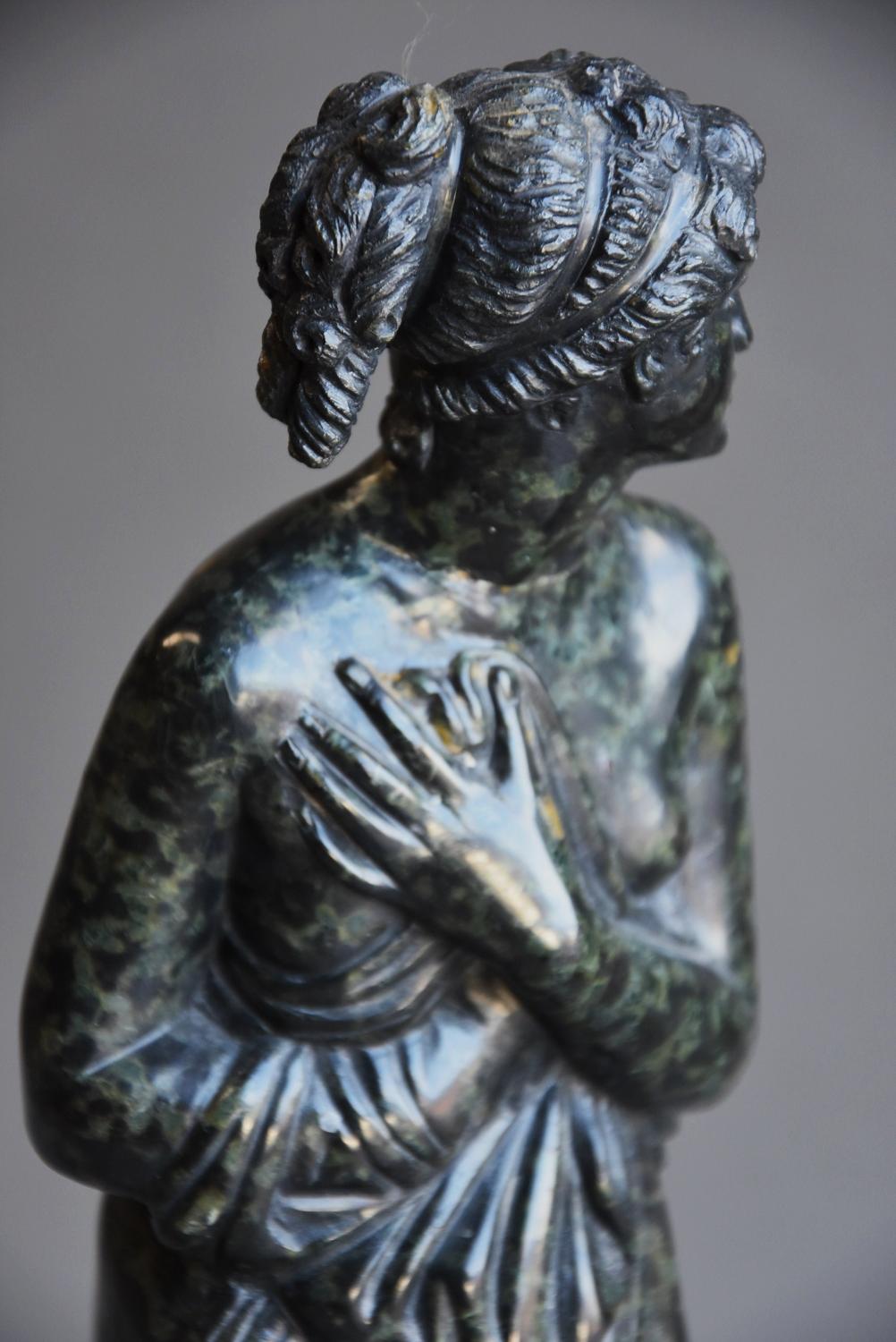 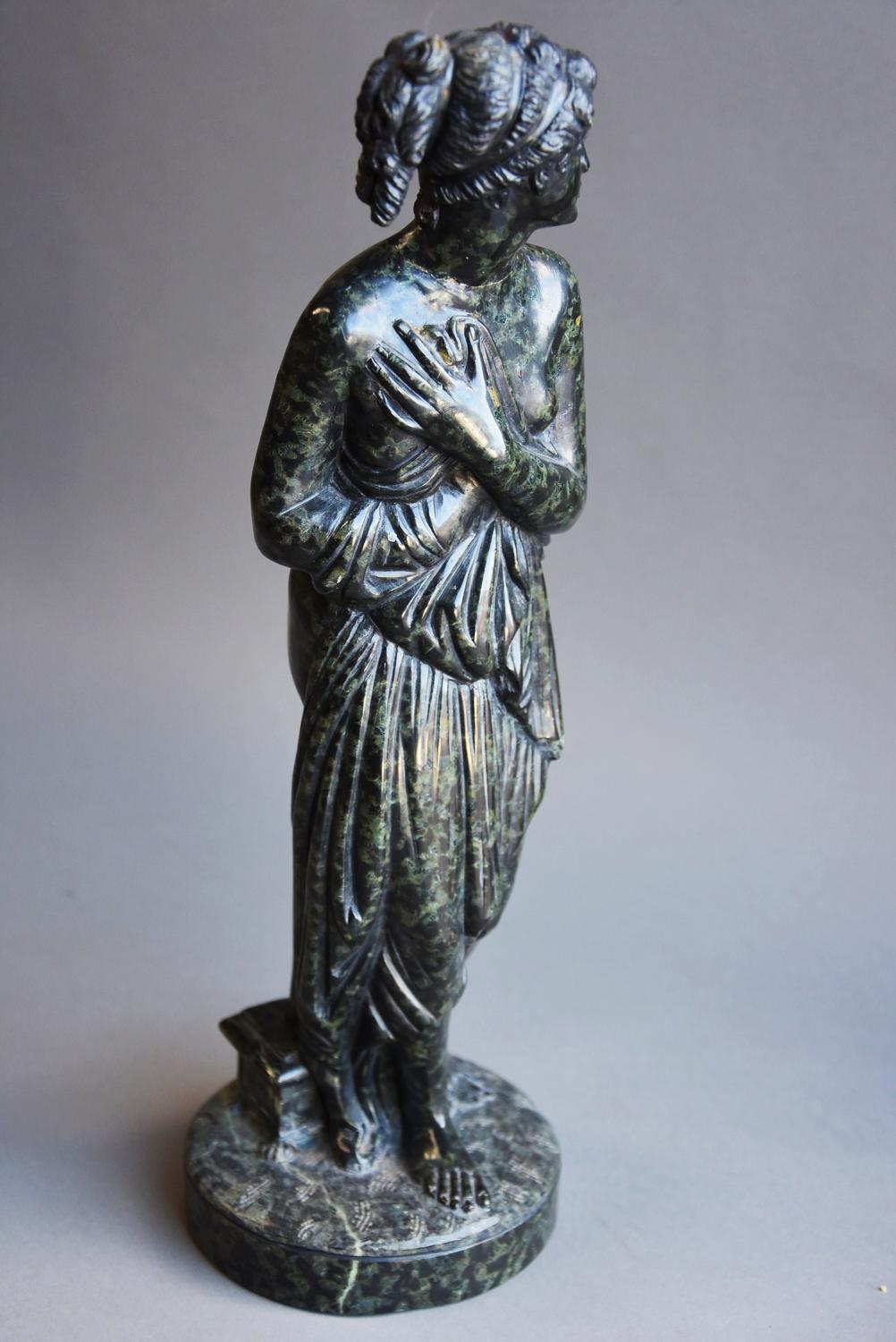 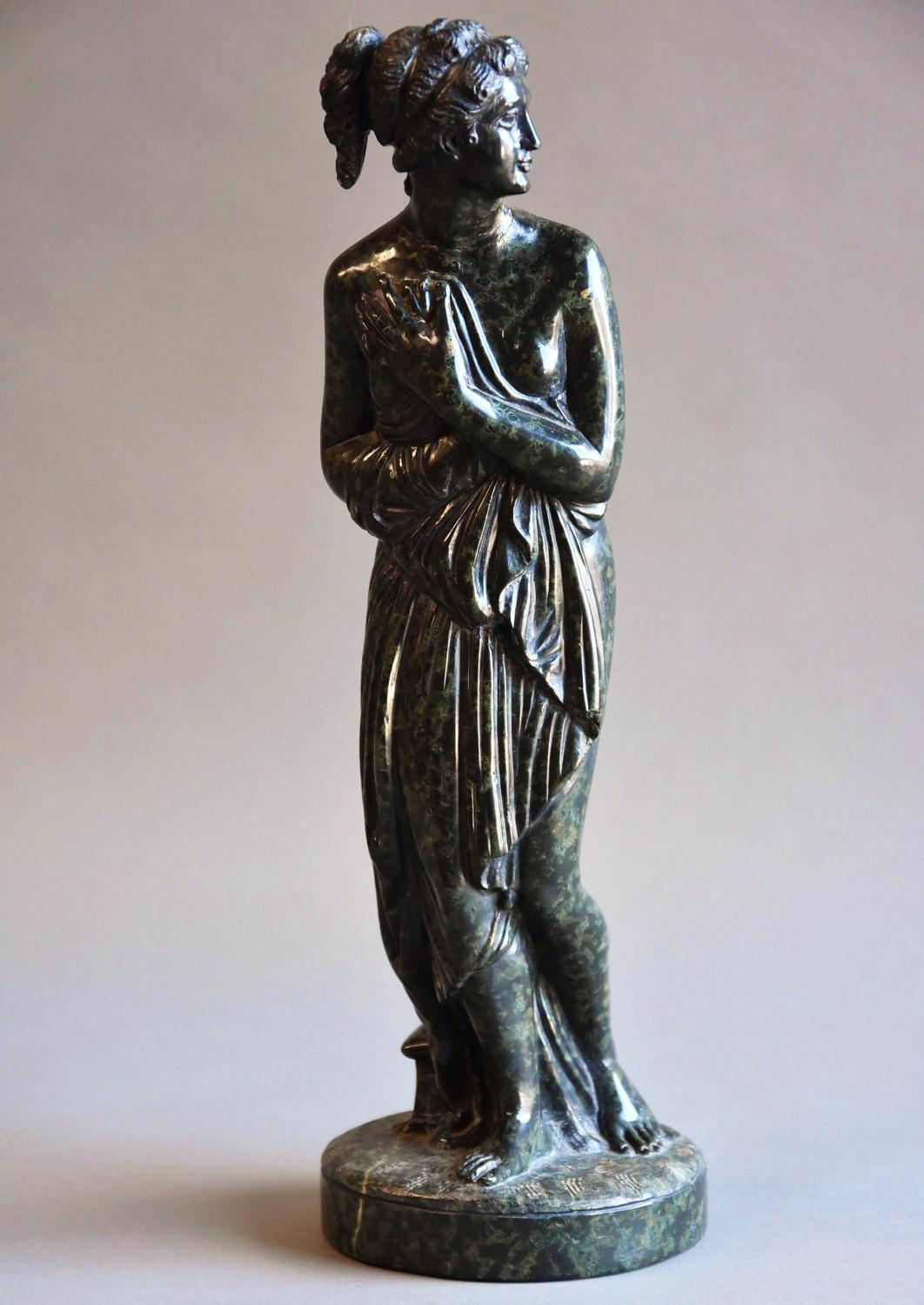 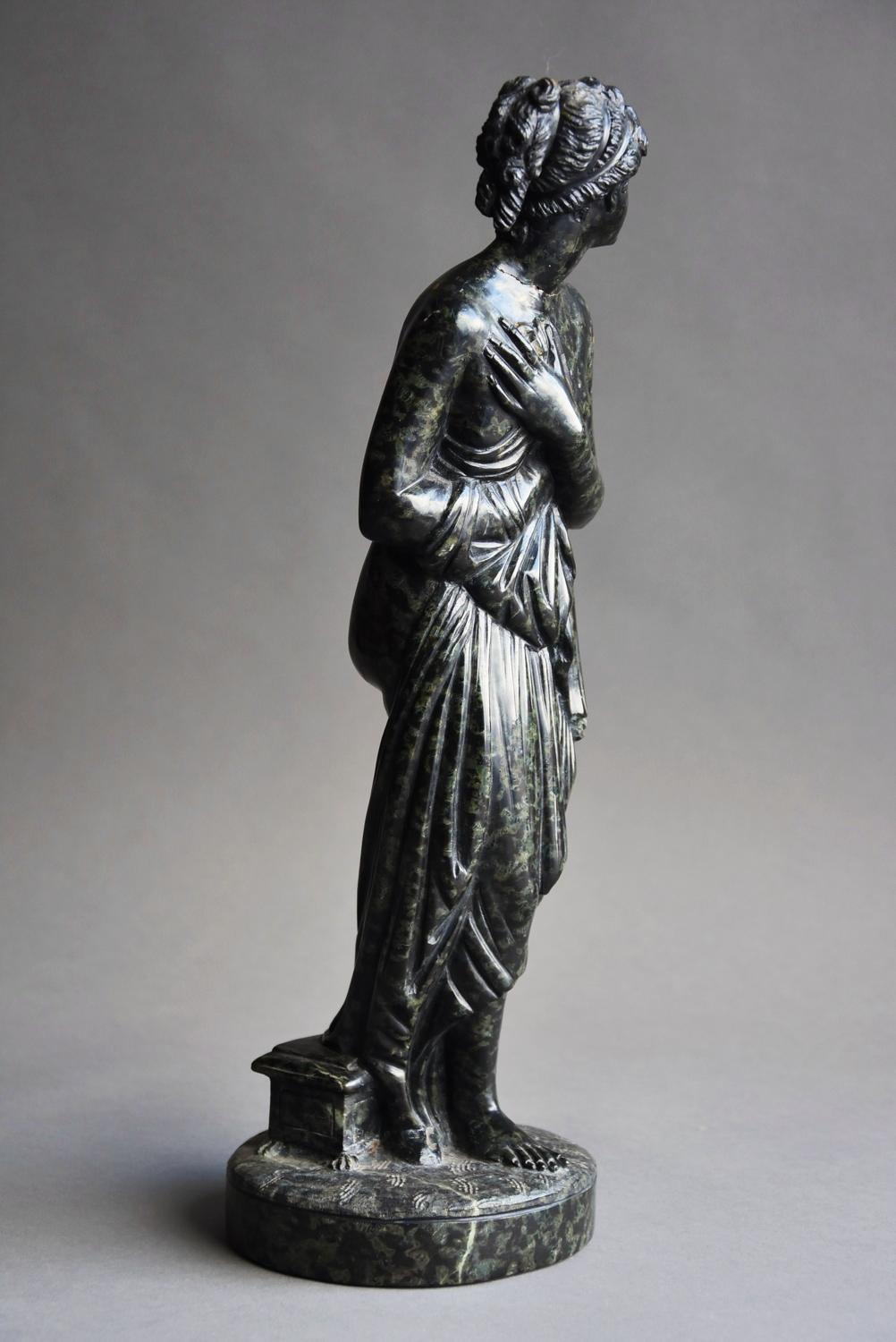 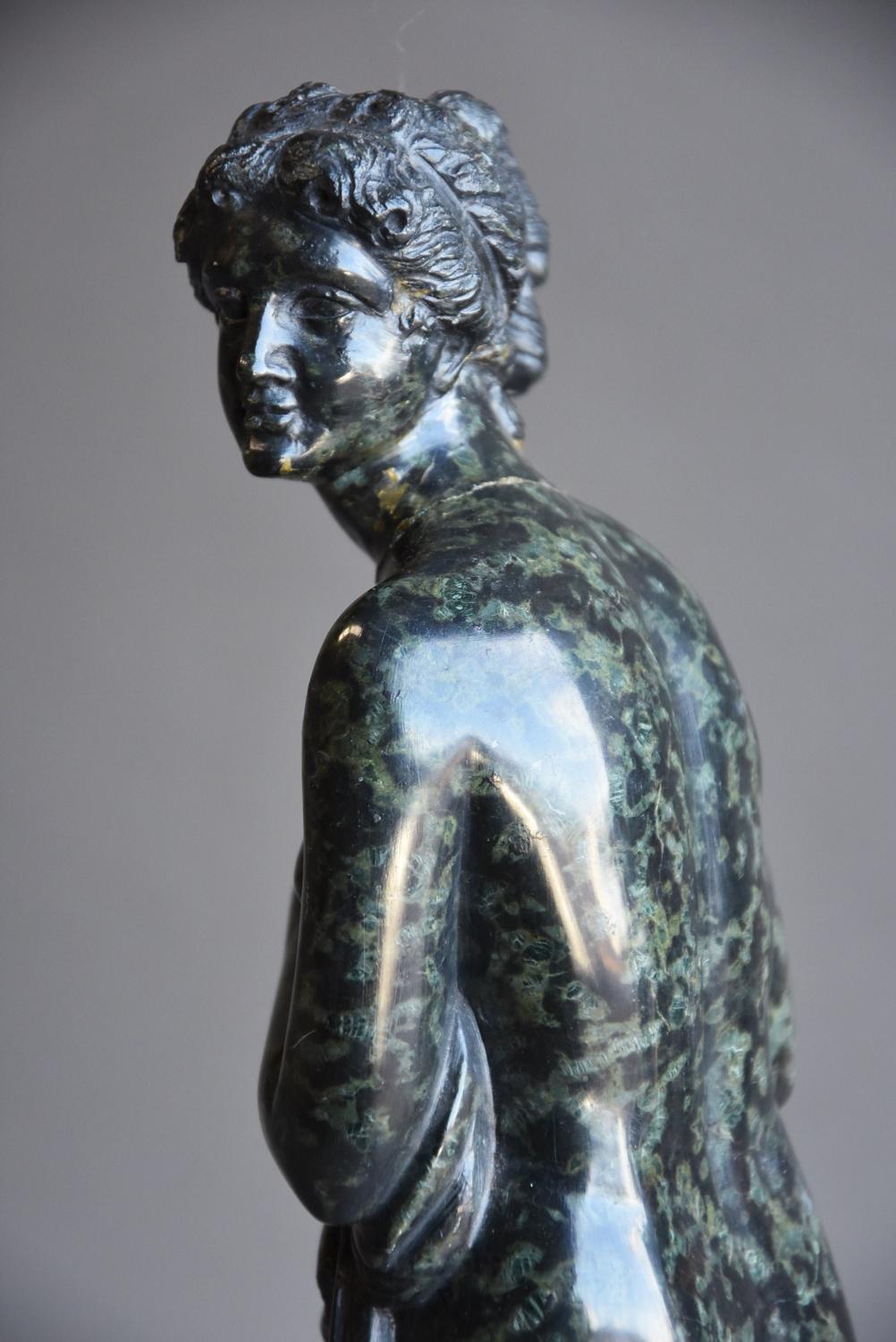 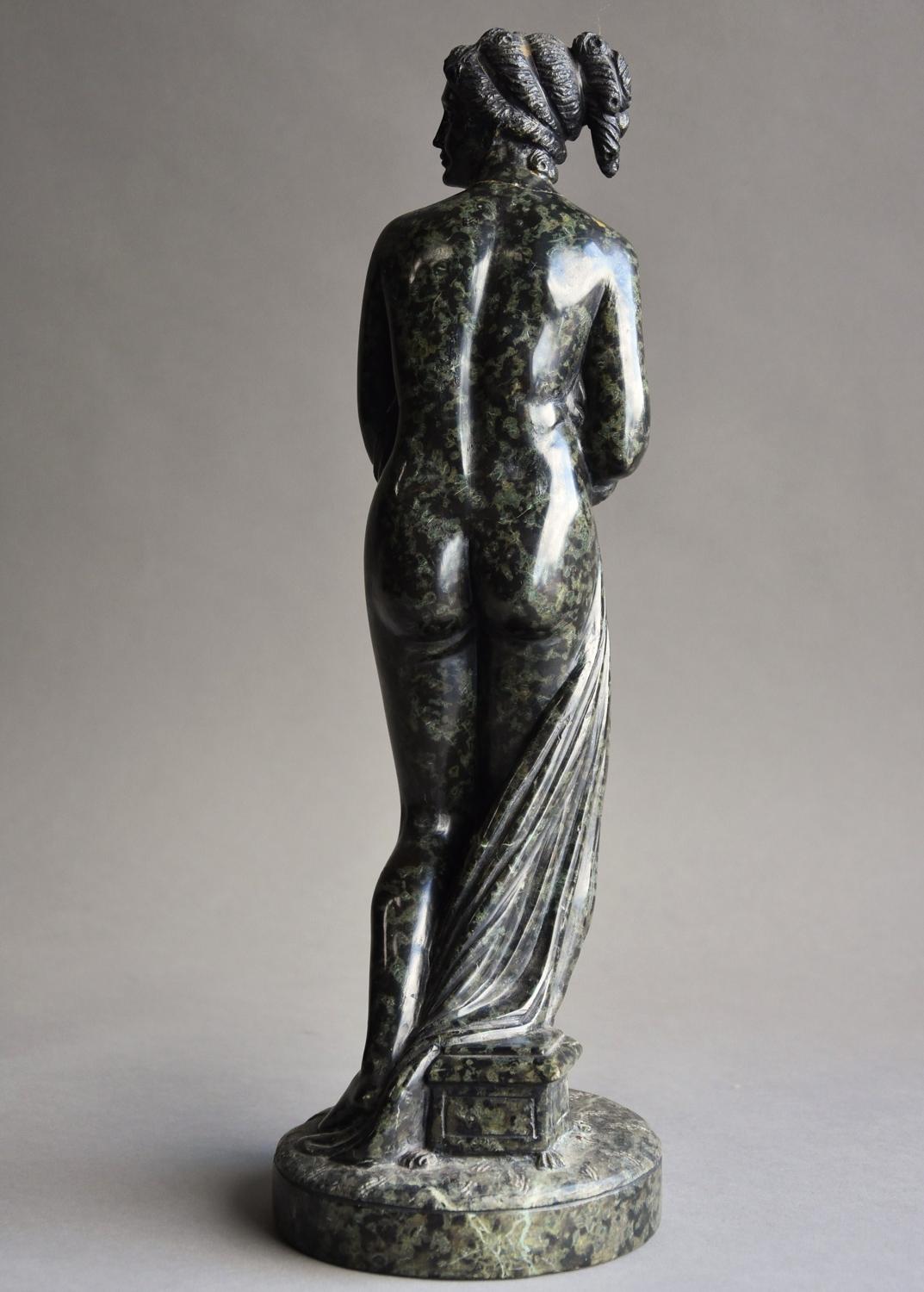 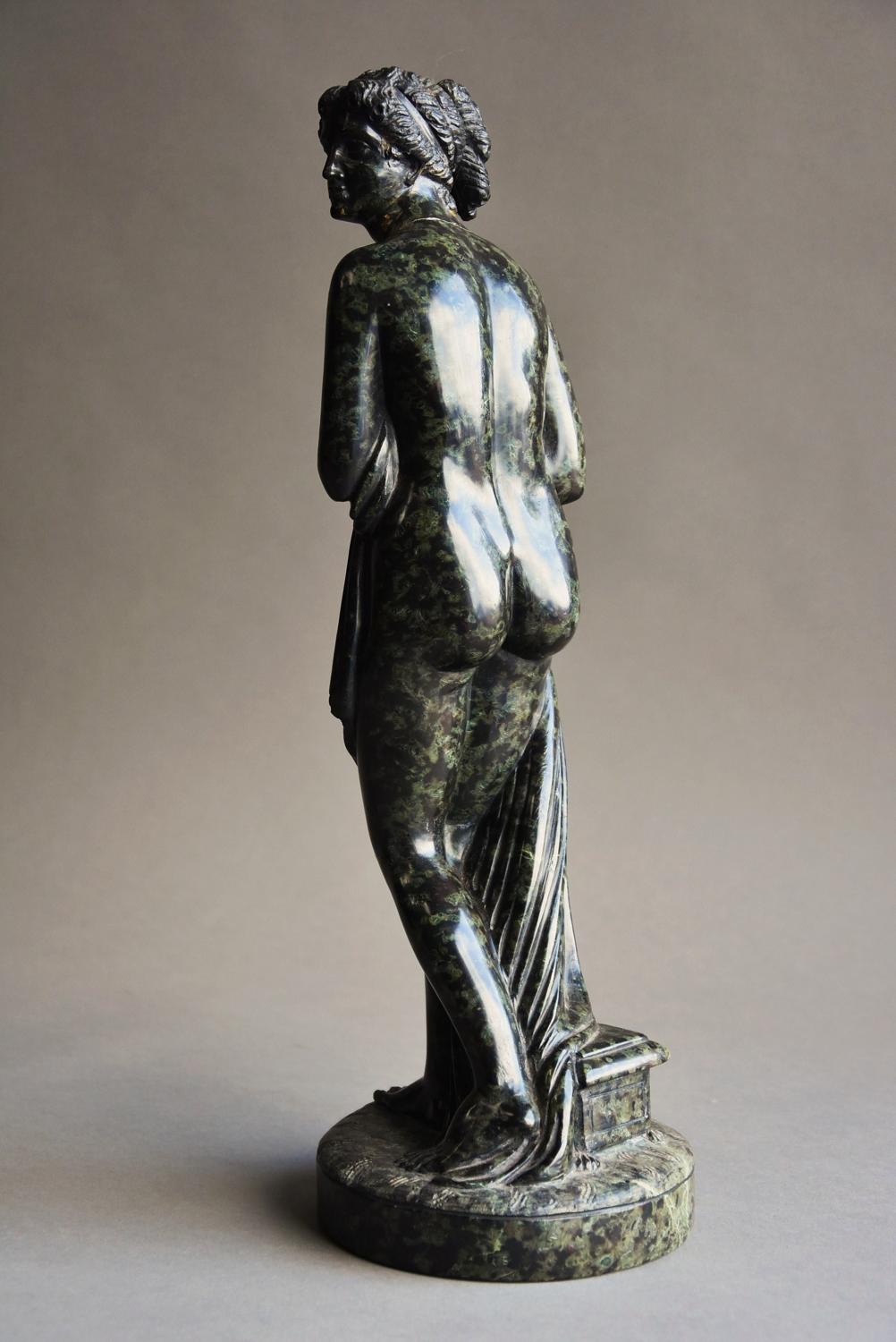 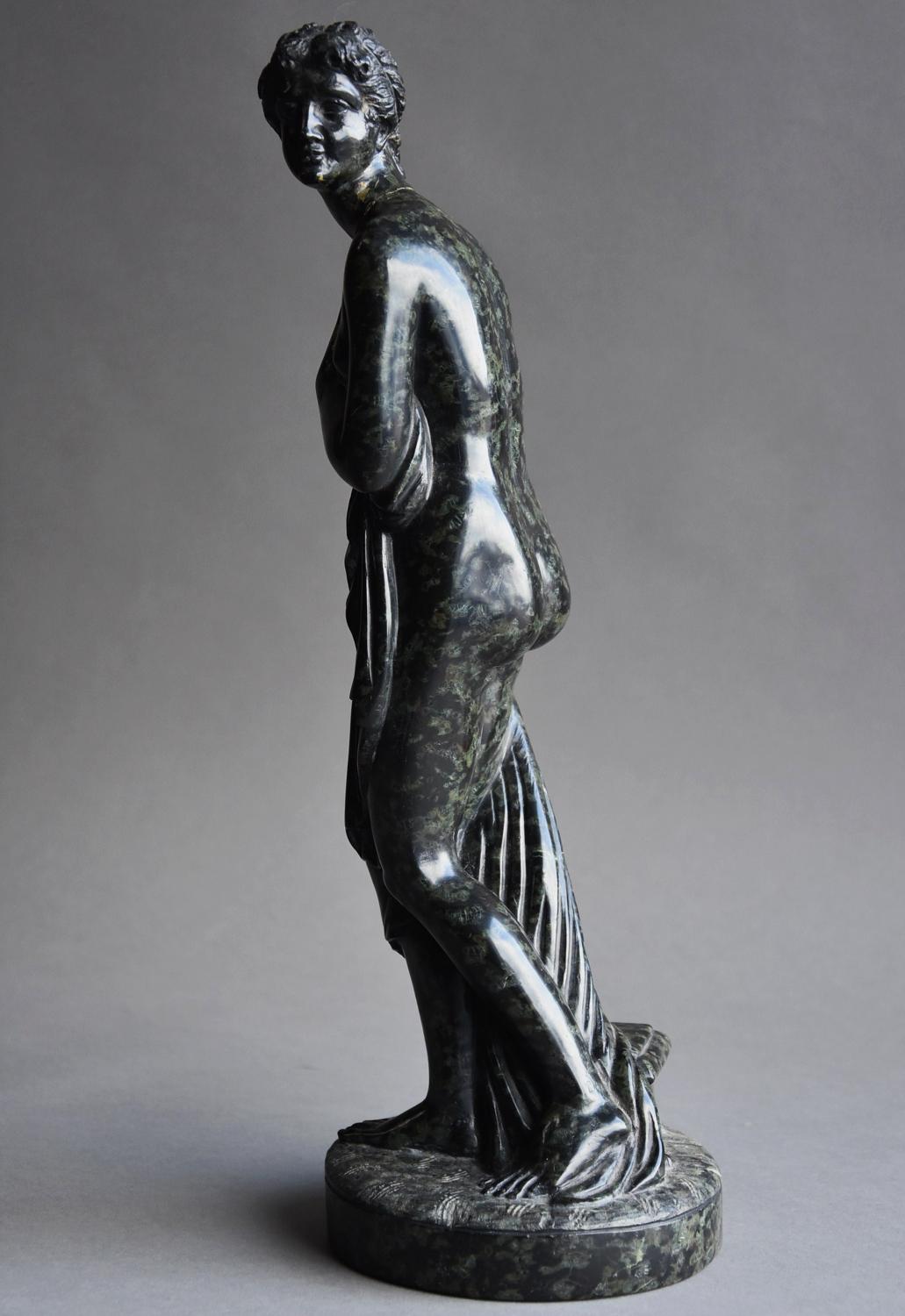 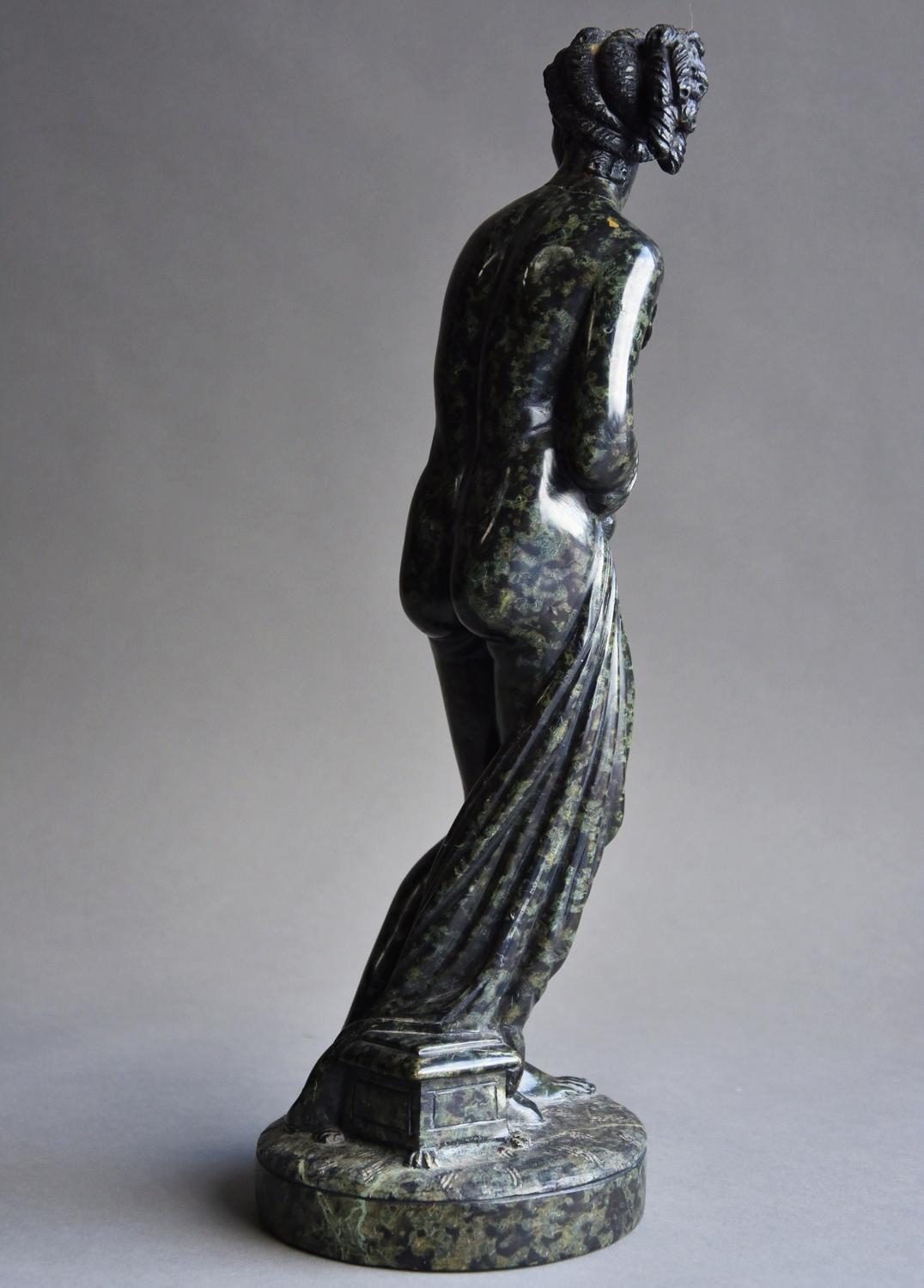