Bronze of Narcissus with green patination

He wears a wreath in his hair and carries a goat skin wine sack and stands on a circular base.

The original piece was discovered in 1862 in a house in Pompeii and was the last antique statue to be discovered in Italy. Many described it as probably the most beautiful bronze to be found in Pompeii.

Narcissus was a hunter and known for his beauty. He is said to have taken a drink of water from a pool and noticed his reflection in the water and fell in love with it. When he realised it was purely an image he died. 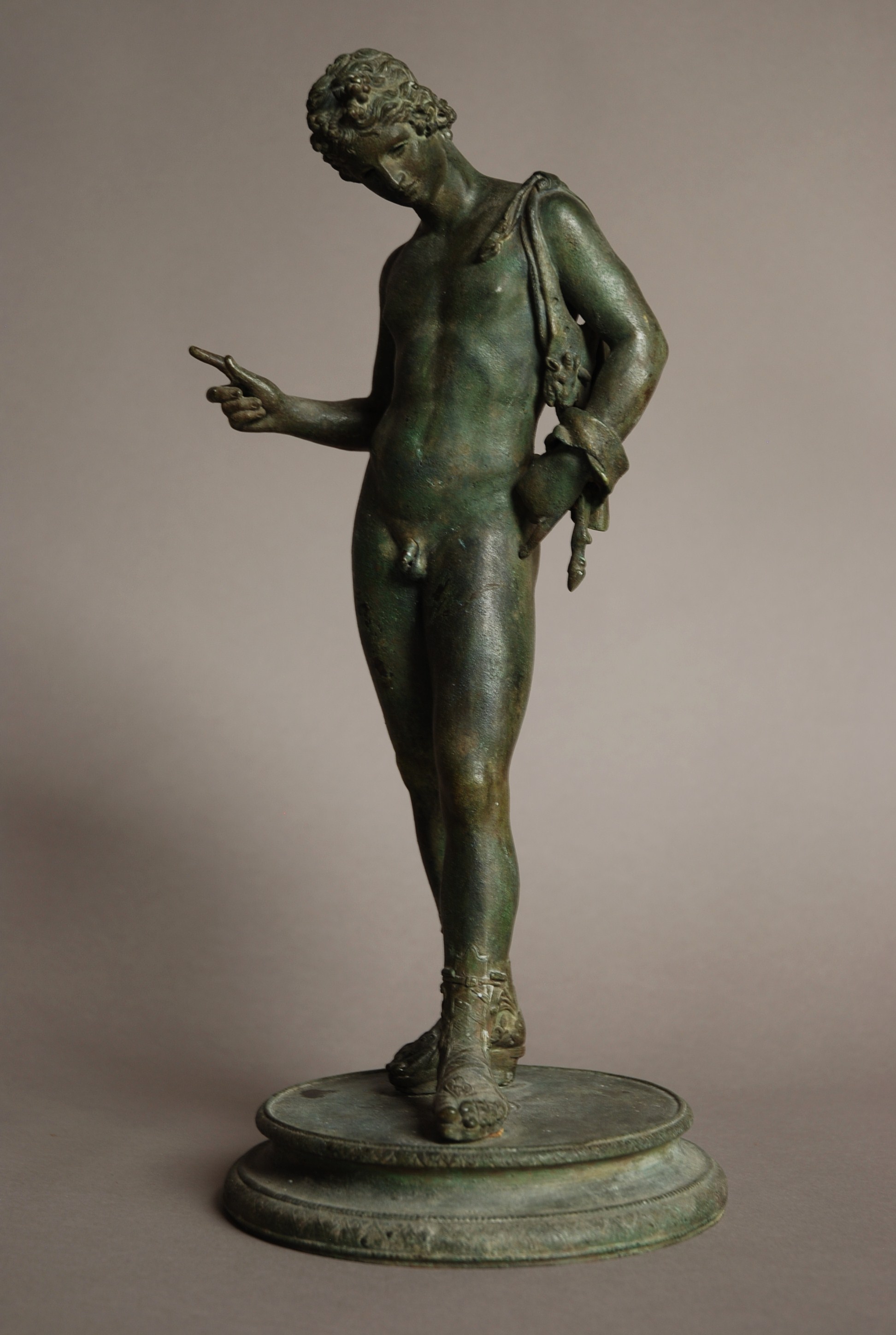 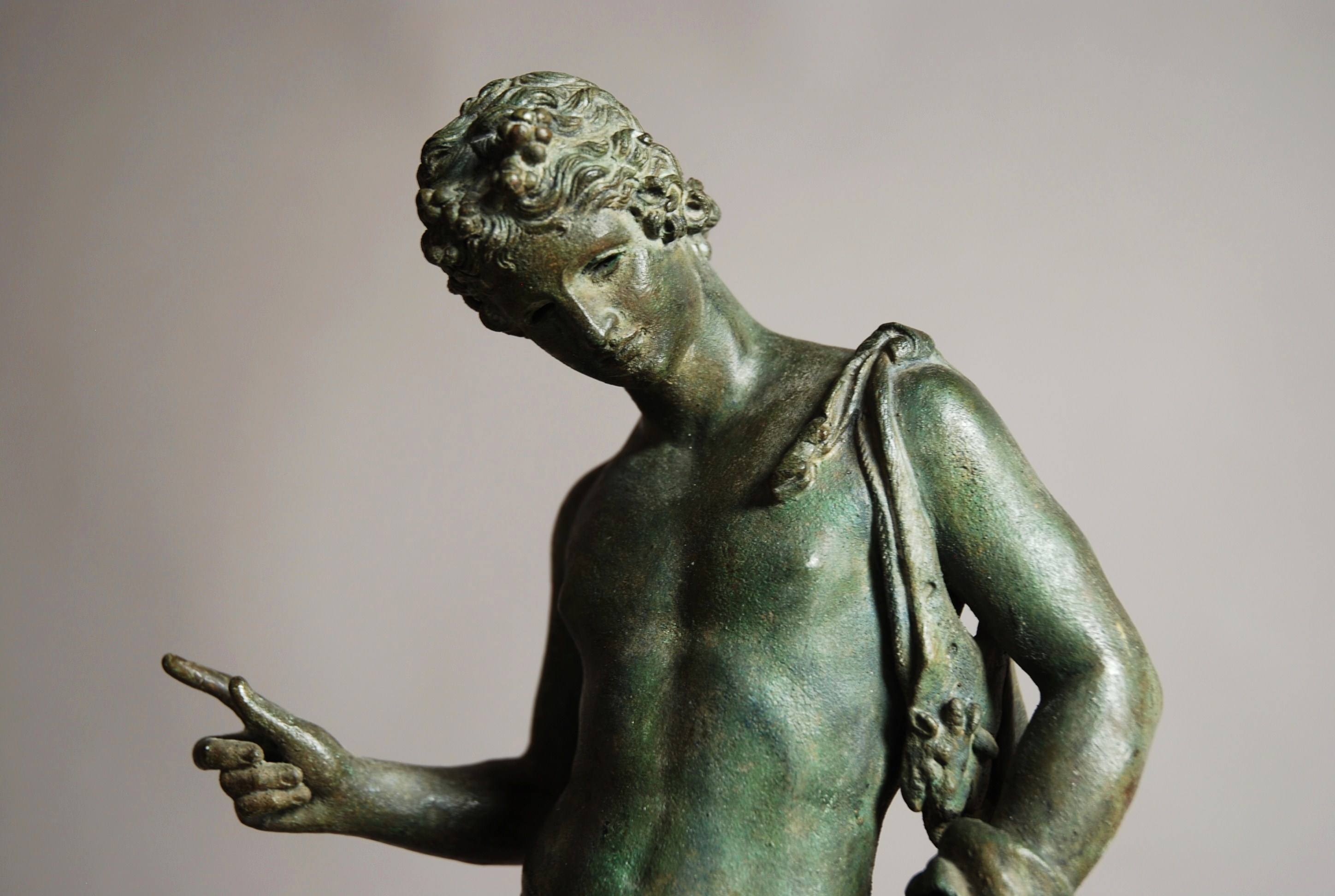 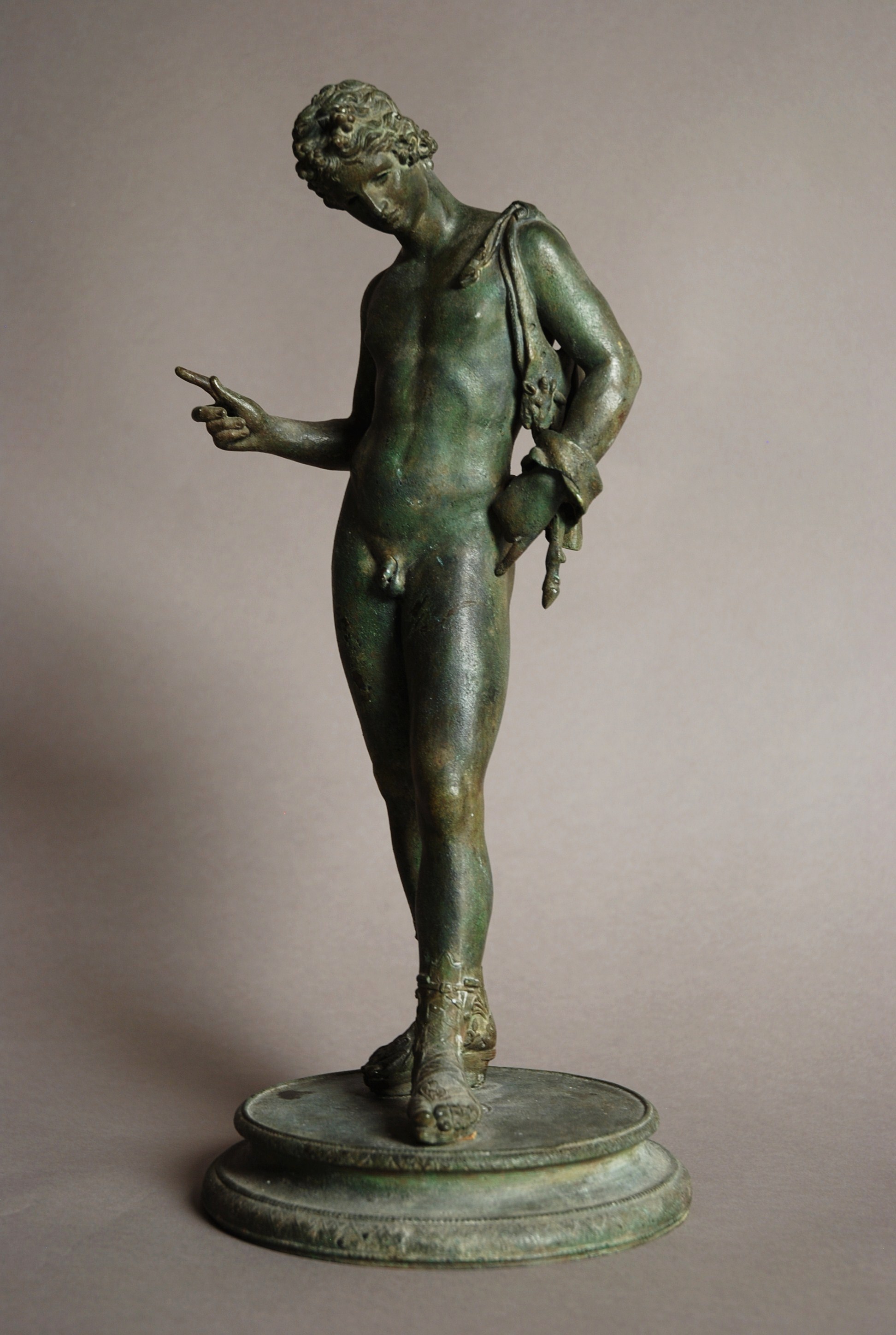 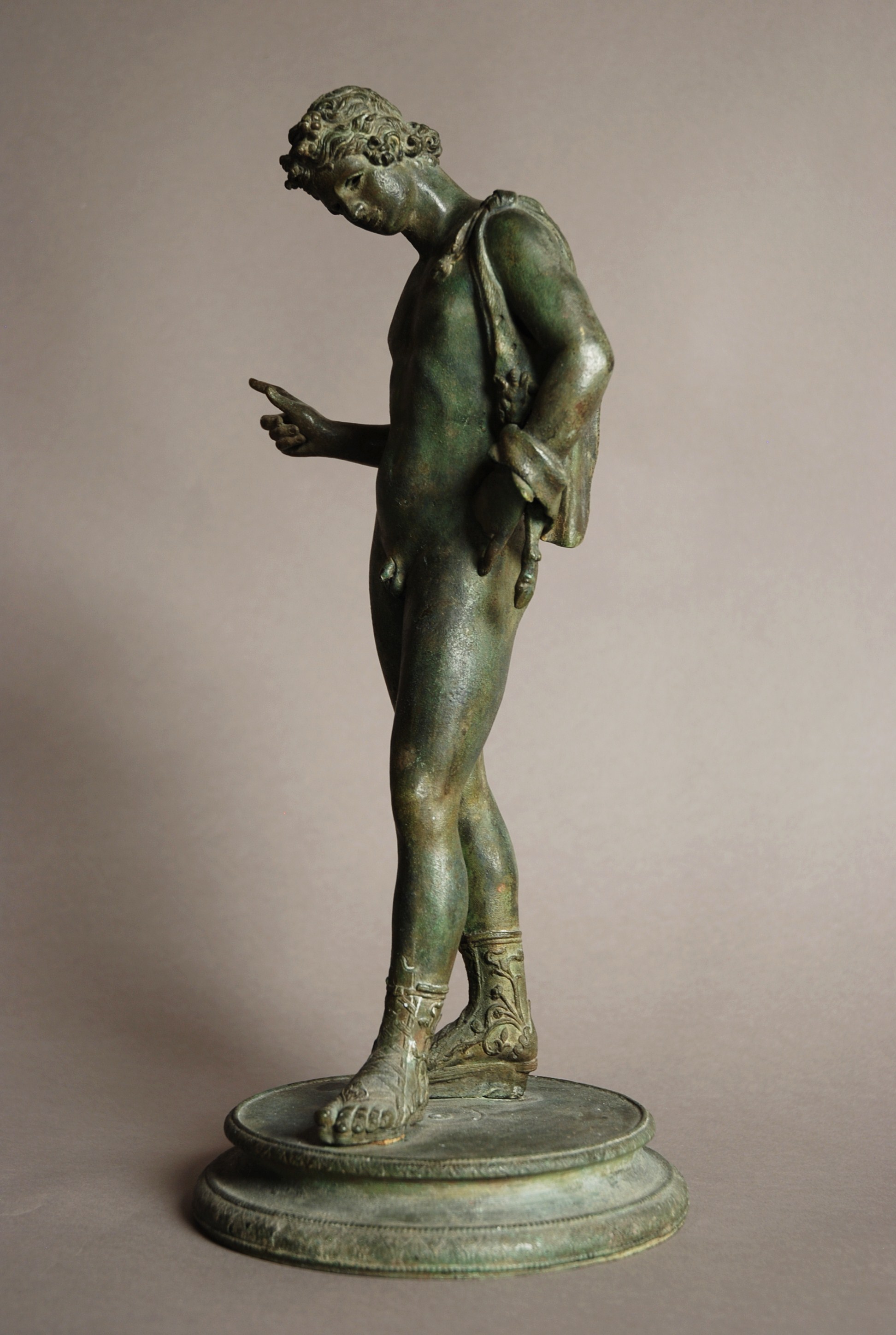 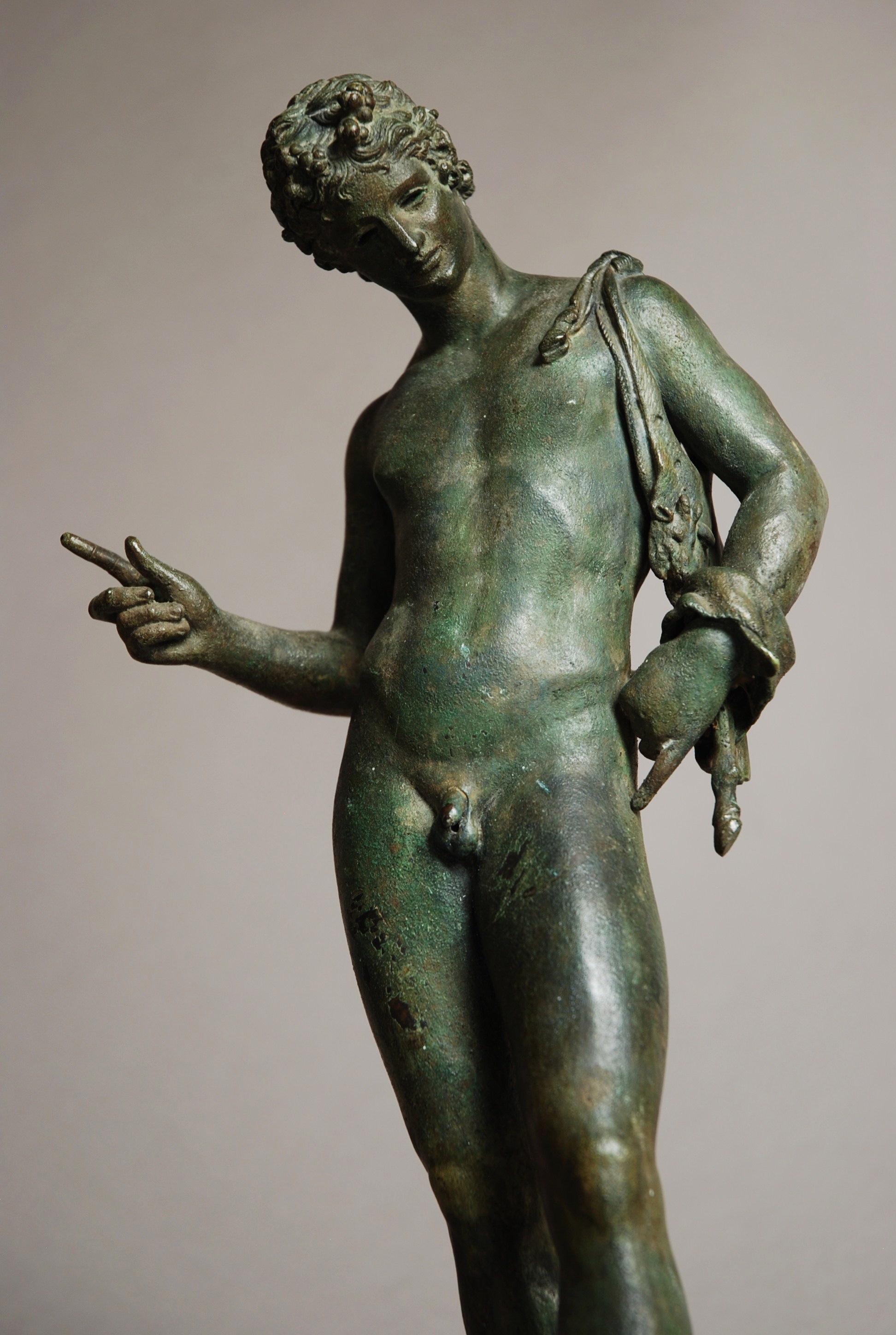 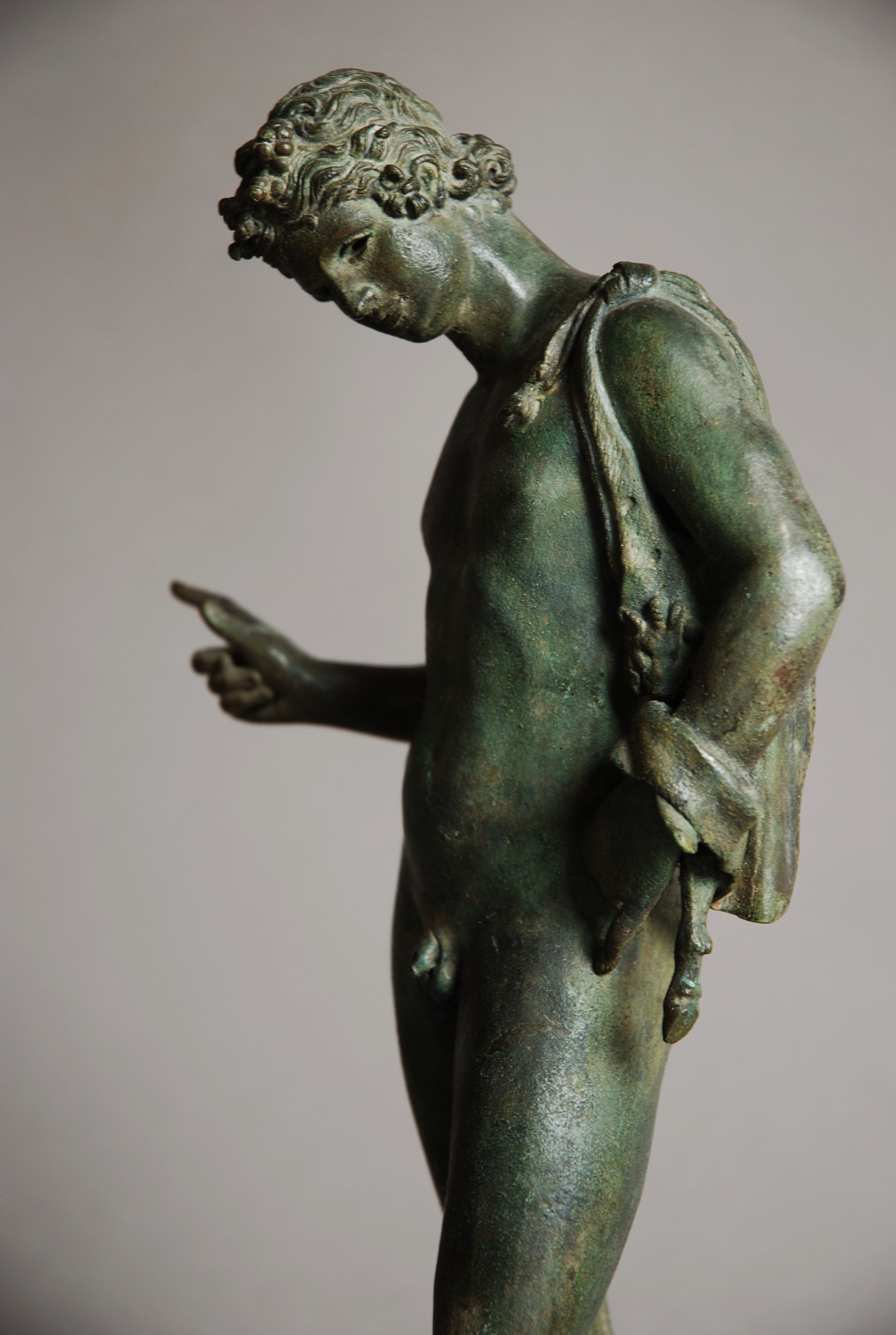 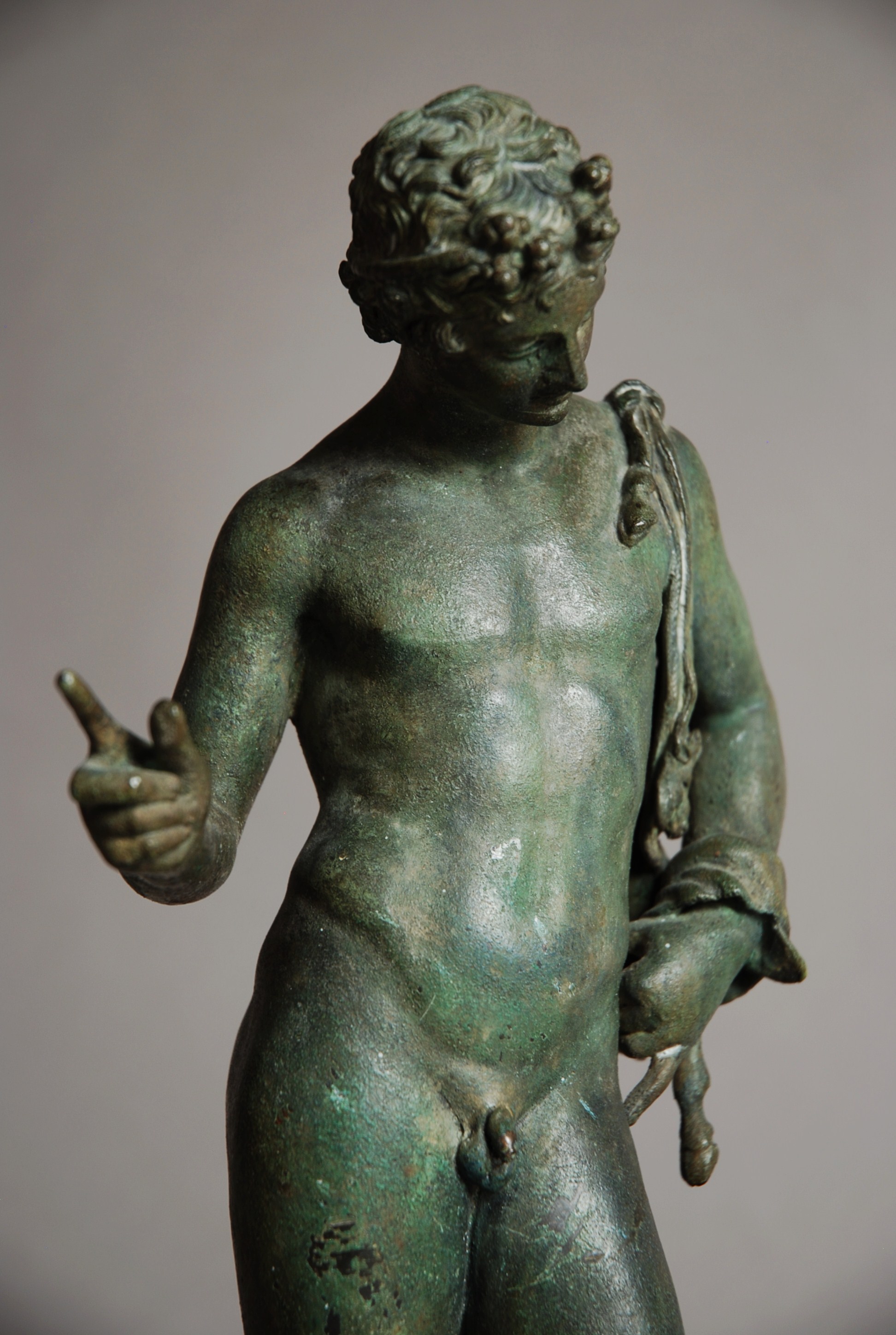 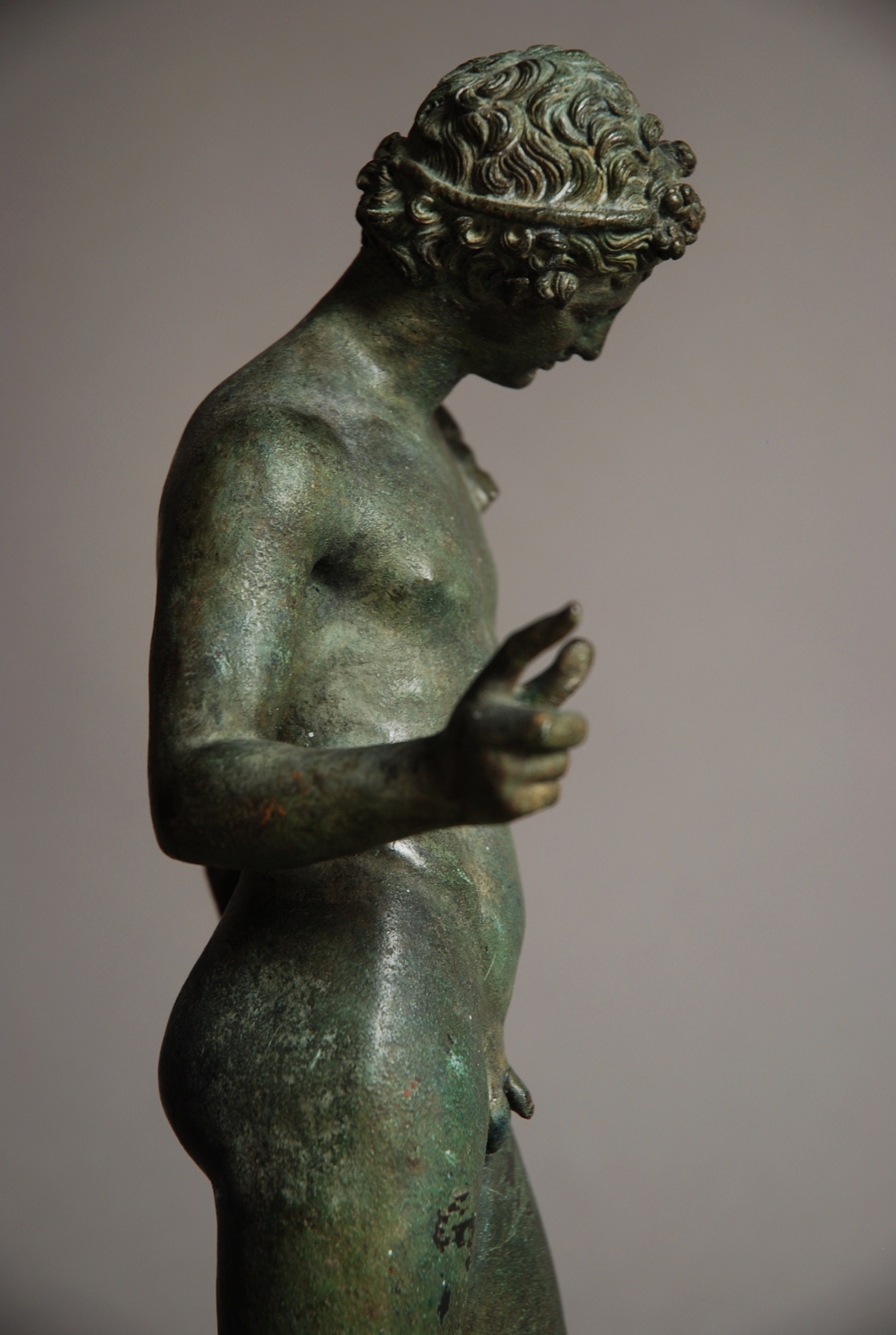 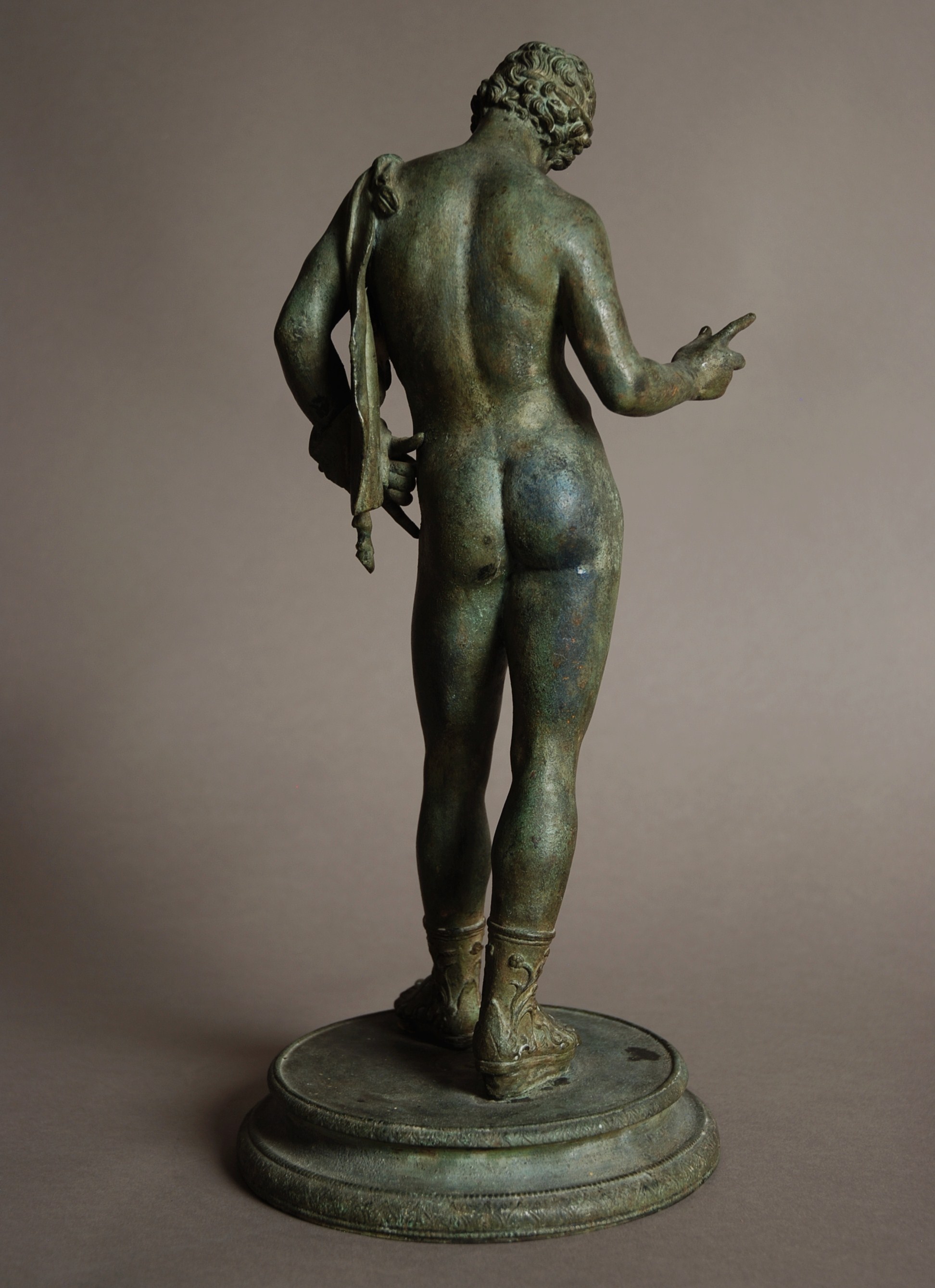 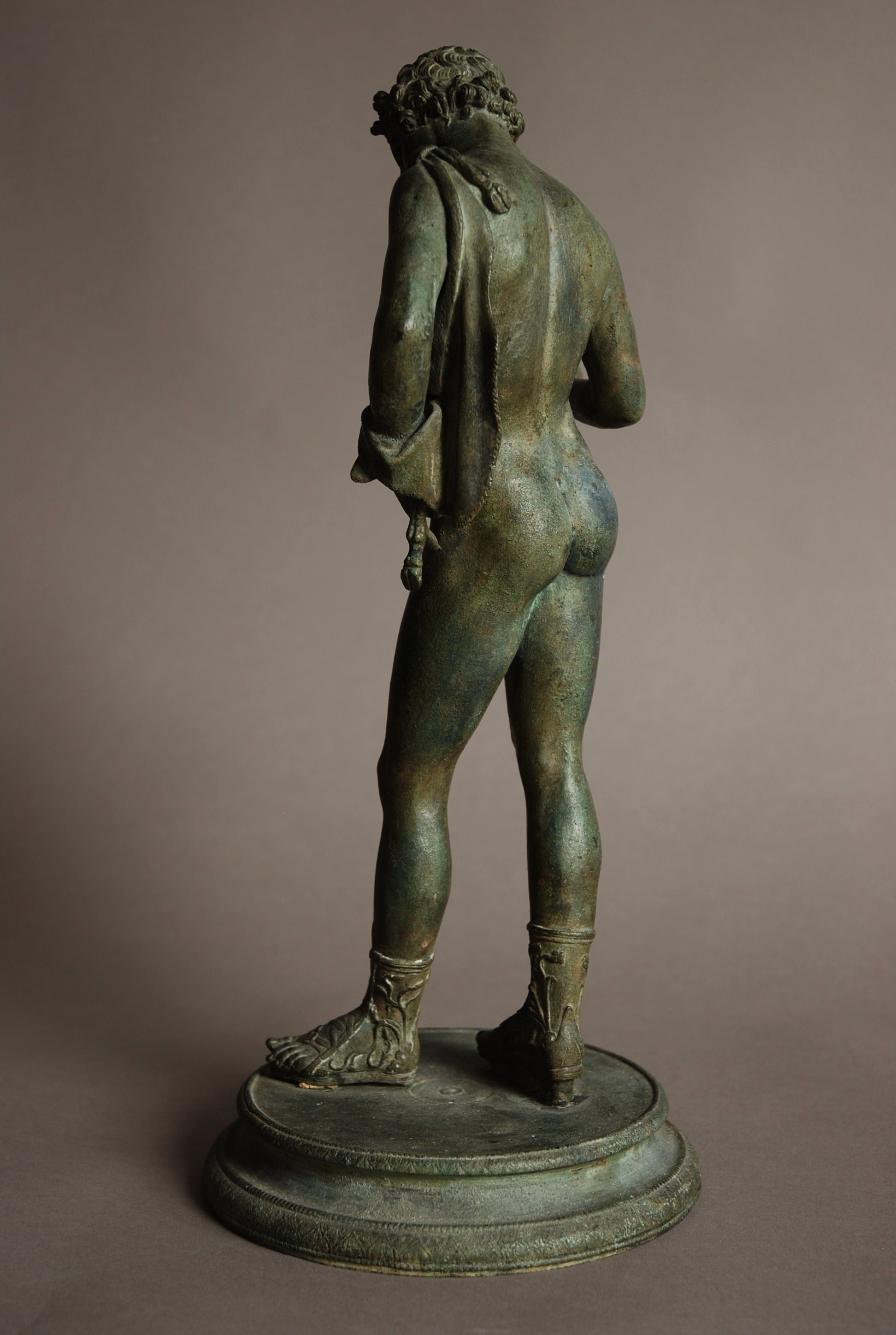 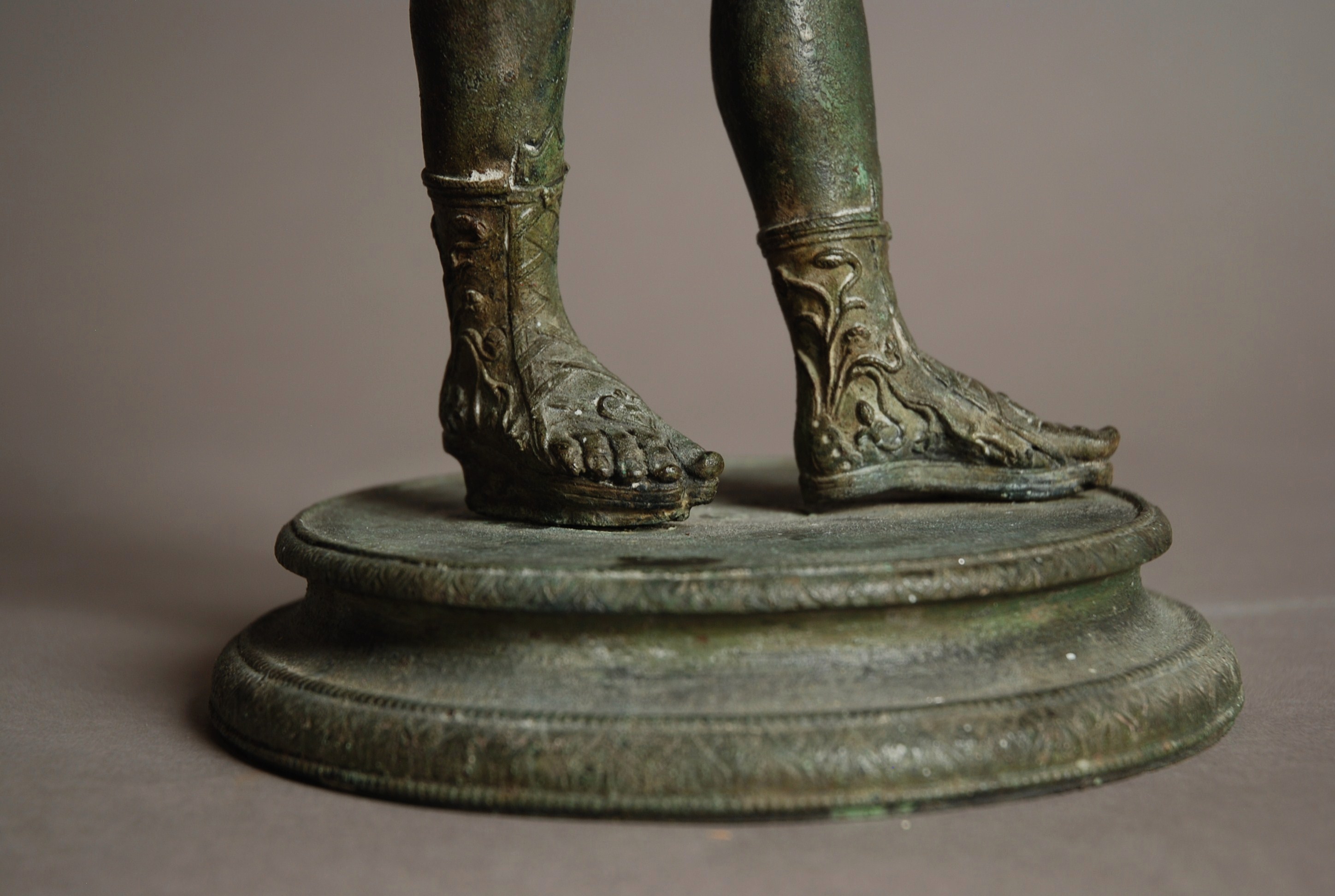 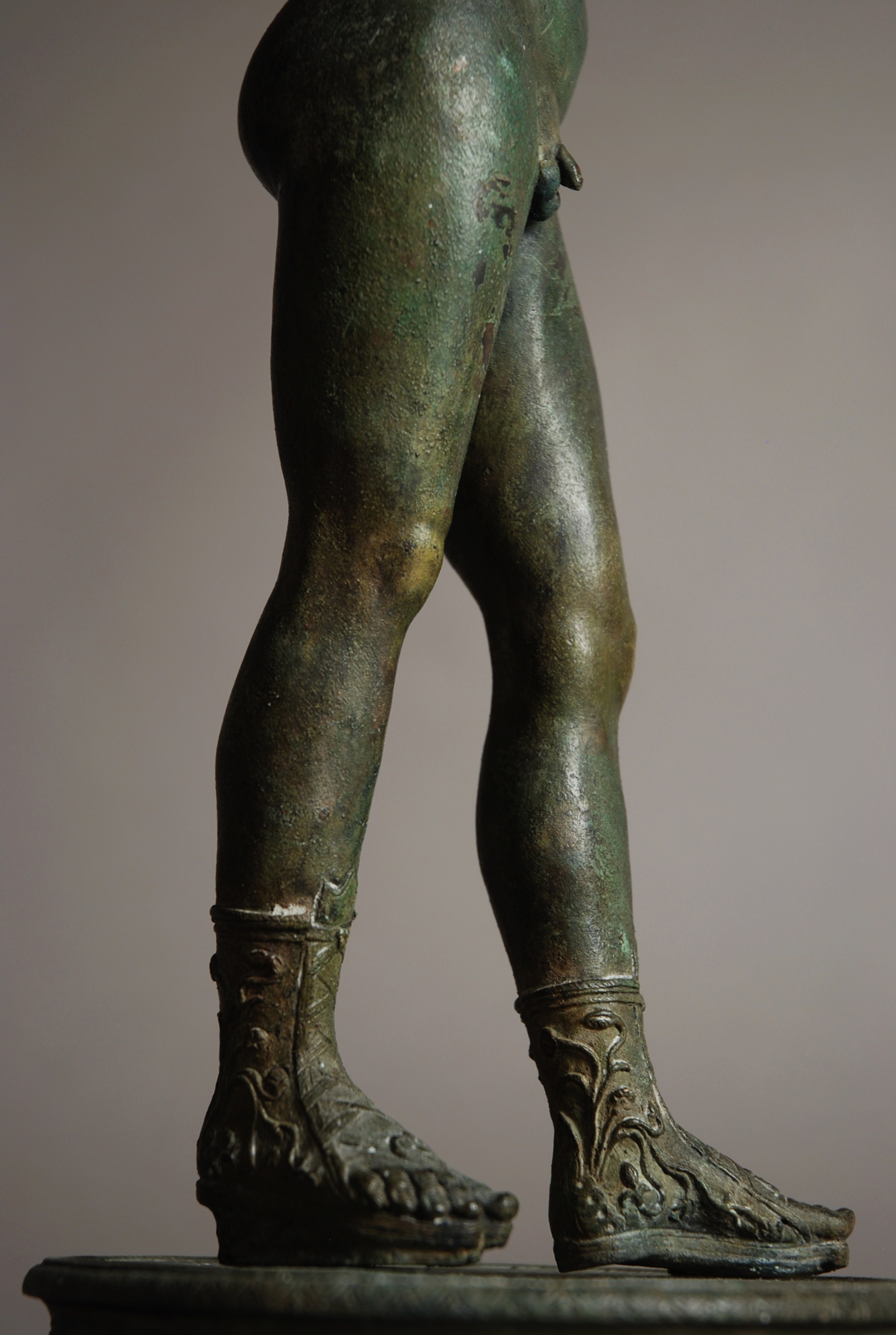 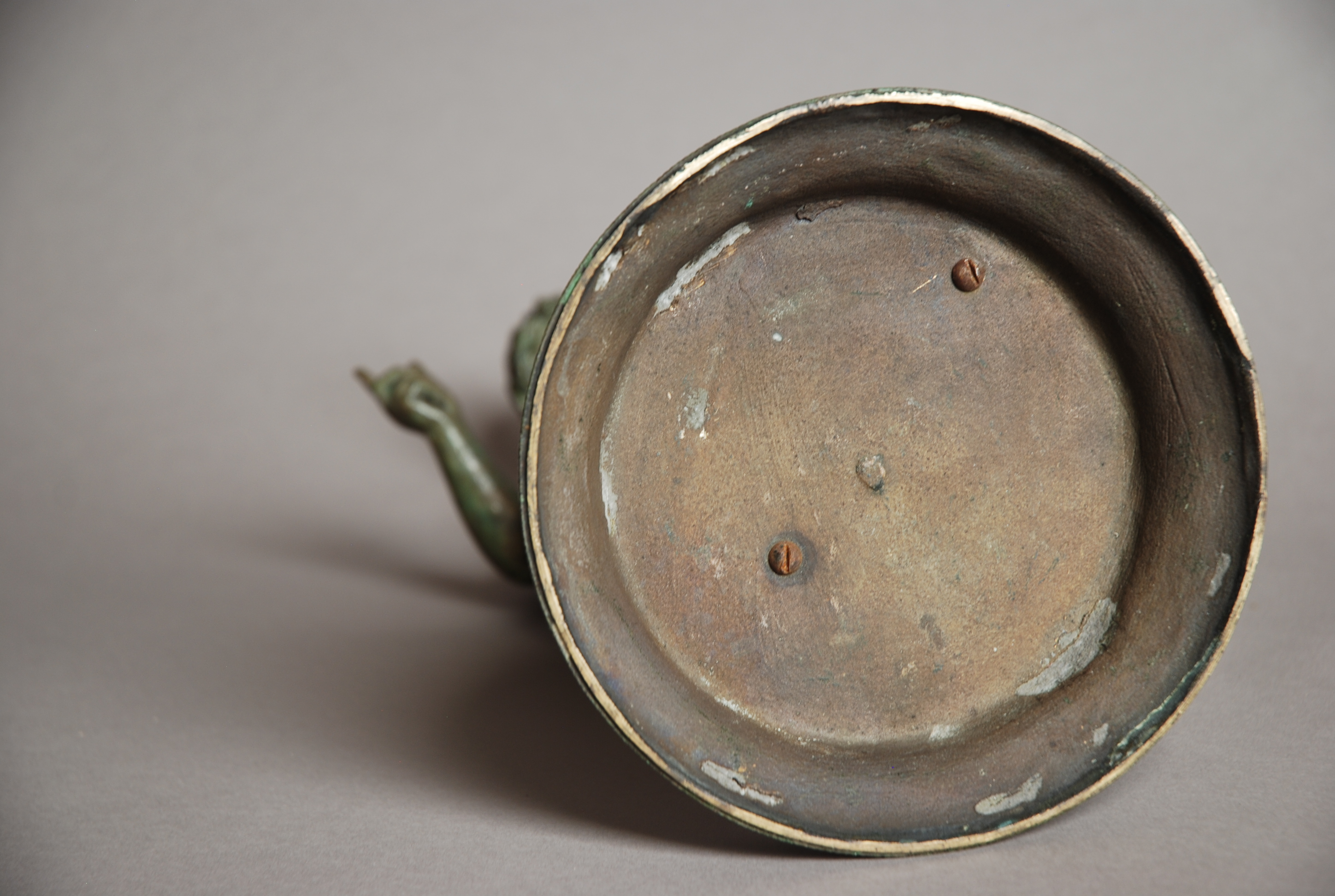