A large Continental mid 16th century (circa 1550) superbly carved limewood figure of St. John the Baptist - ADDITIONAL IMAGES CAN BE VIEWD BELOW:

St. John is stands in a draped robe holding a book with a lamb upon it, all supported on later wooden plinth with moulded edge.

St. John is often depicted with a lamb, this is said to originate from the Bible, John 1.29-36 when on seeing Jesus Saint John says 'Behold the Lamb of God...'.

St. John the Baptist was a major religious figure in various faiths including Christianity, known as a prophet and also honoured as a Saint in many Christian traditions.

He was regarded as the precursor to Jesus Christ, he had his own circle of disciples and baptized many, including Jesus.

This carved figure is in good original condition for age, is of stable construction and can go straight int a home or collection. 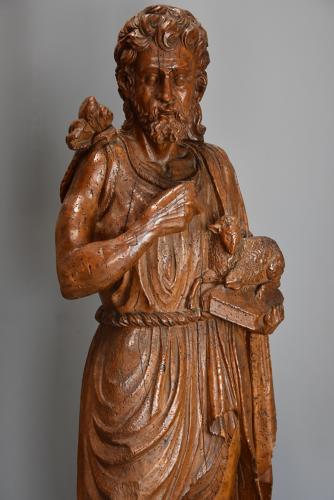 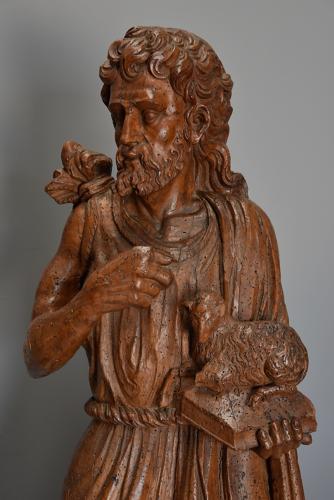 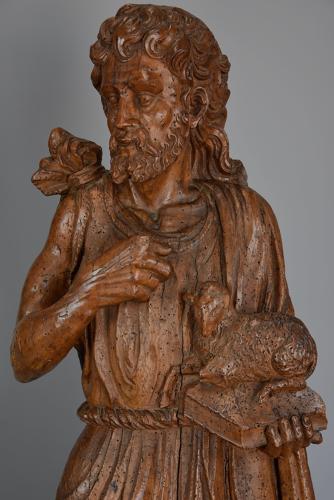 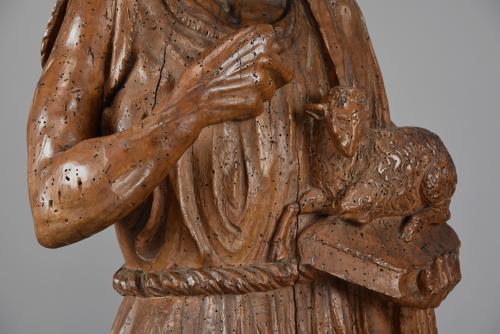 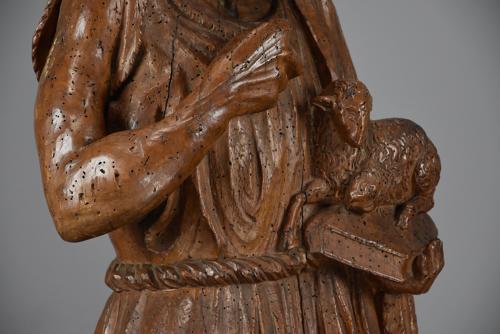 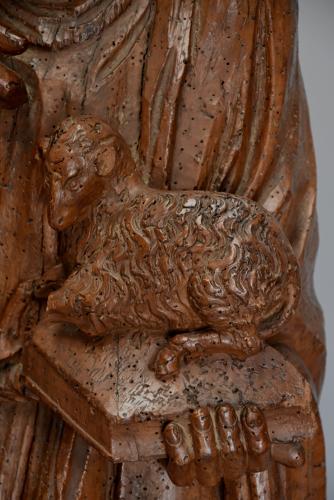 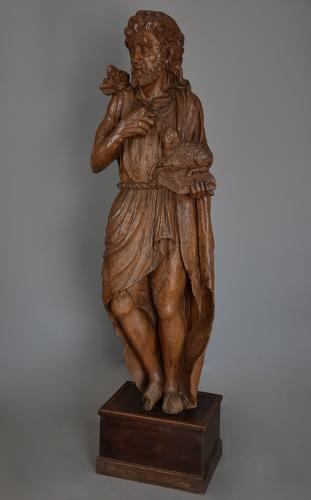 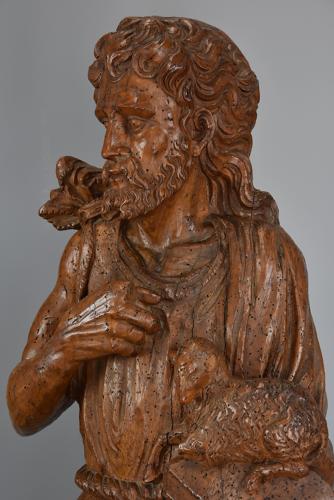 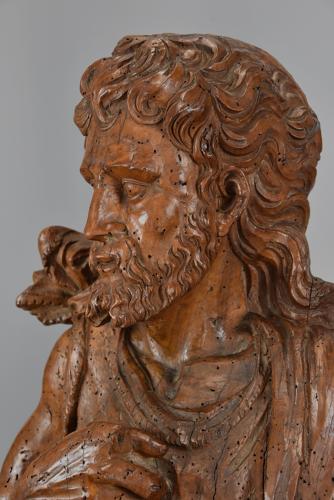 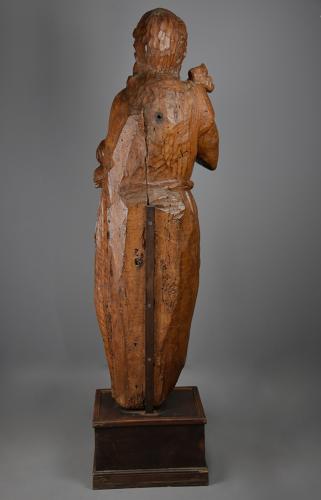 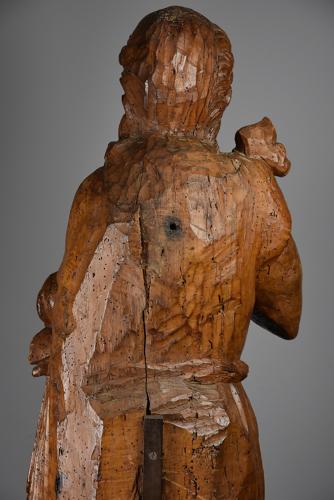