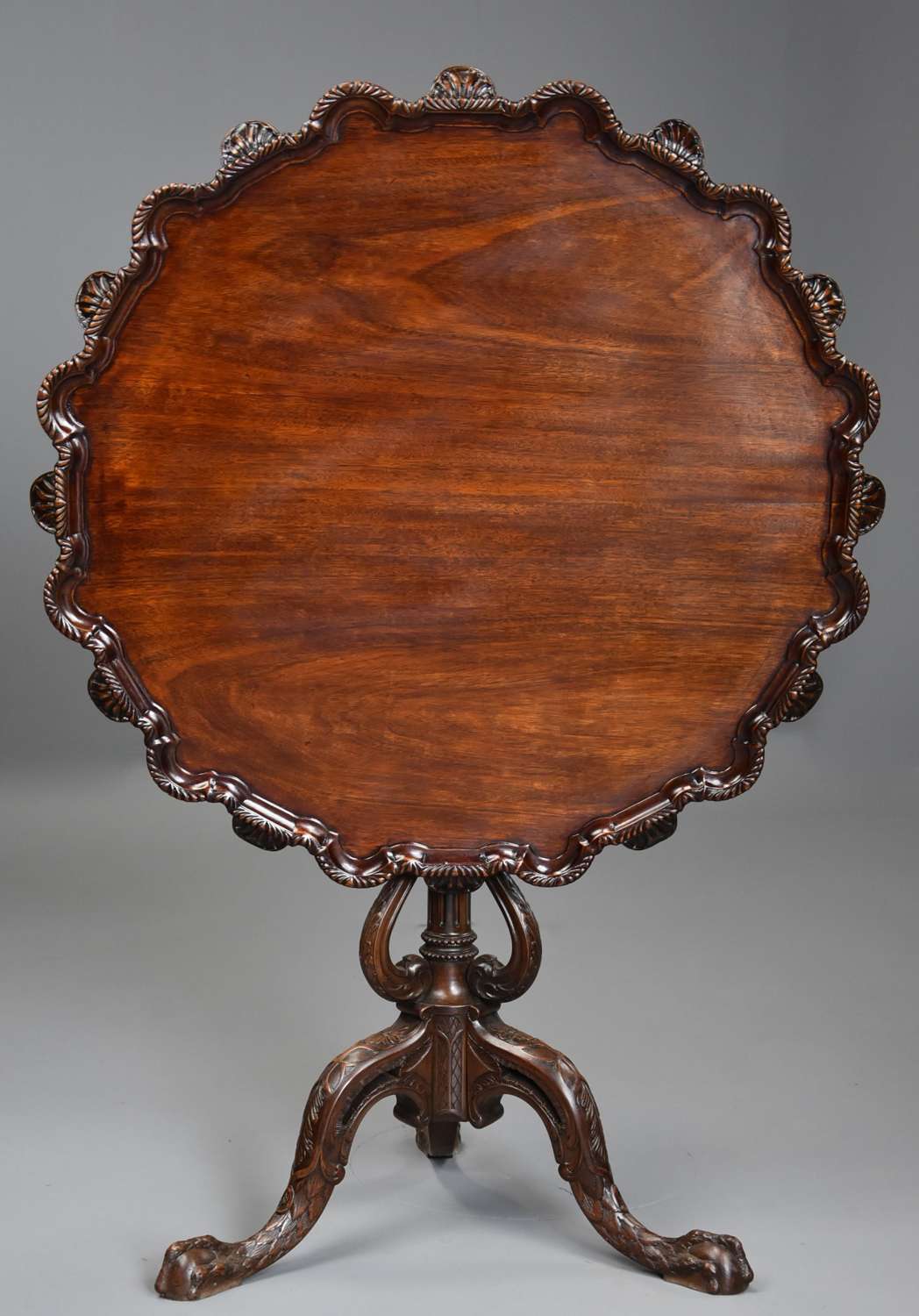 A superb example of an early 20th century mahogany tilt top tripod table in the Chippendale style of fine patina - ADDITIONAL IMAGES CAN BE VIEWED BELOW:

This table consists of a solid mahogany tilt top with pie-crust moulding and elaborate shaped and carved edge of gadroon and shell decoration.

The top supported by a finely executed base with turned, carved and fluted central column leading down to three finely carved S shaped brackets in the form of bird heads with acanthus carved decoration.

The leads down to a tri-form base consisting of three profusely carved and pierced cabriole legs with floral, foliate and feather decoration terminating with ball and claw feet.

The original model of this table dating to circa 1760 can be found in the book ‘English Furniture of the 18th century Volume II’ by Herbert Cescinsky Page 201 Figures 201 & 202 - this table was formerly in the possession of Dr. Percy Dean and was in the sale of The Dean Collection in June 1909 where this table realised 300 guineas, a considerable sum for a table at this time.

This design of carved tripod table became popular in the 18th century providing an example of fine carving on a domestic item.

The drinking of tea became fashionable amongst the upper classes at the beginning of the 18th century and a ‘tea table’ was used to display the best silver and china, not being covered with a table cloth like a supper table they were decorated with carving, a gallery or a pie-crust edge.

This table is in very good condition for age, is of stable construction and can go straight into a home. 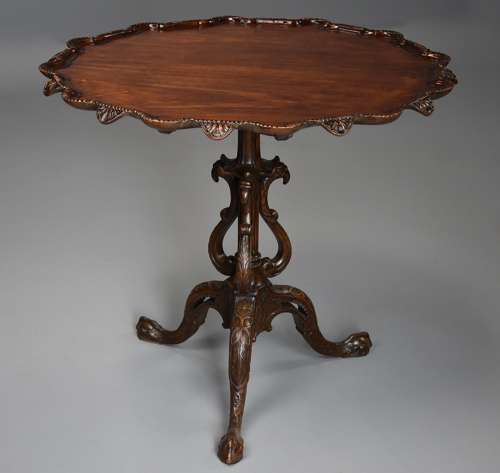 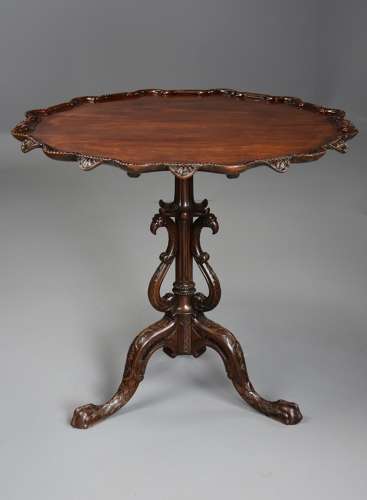 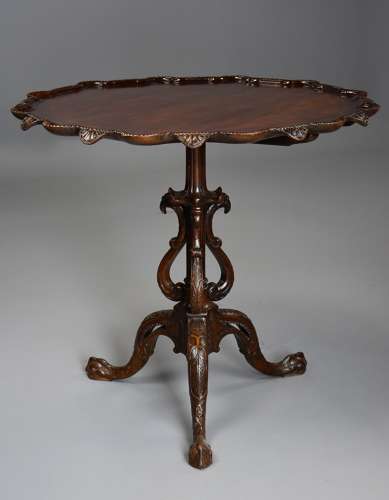 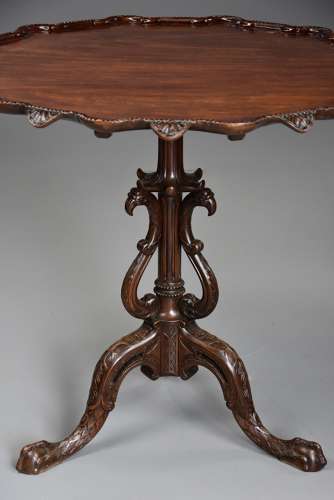 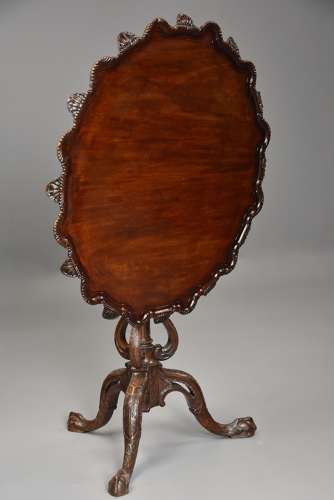 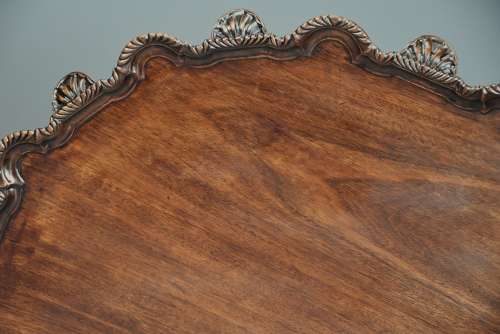 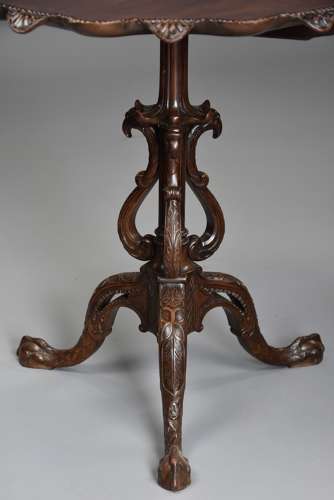 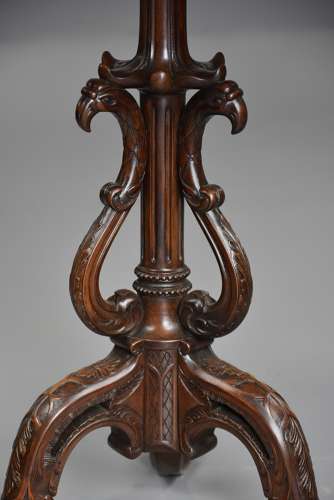 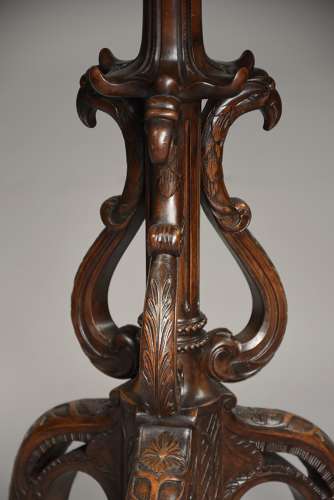 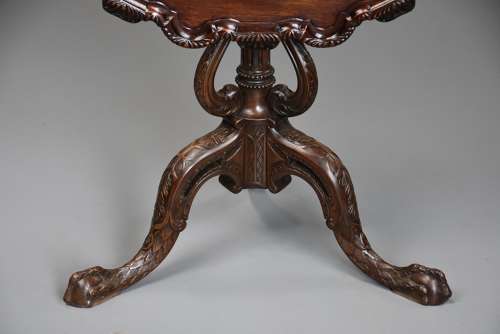 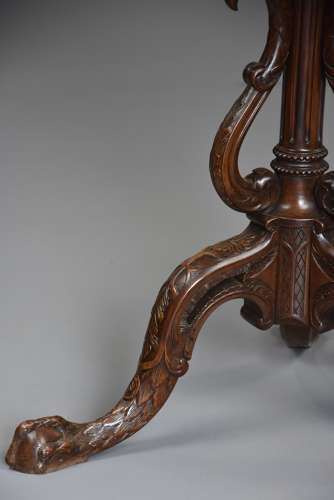 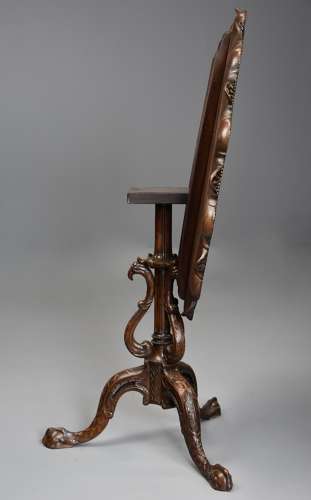 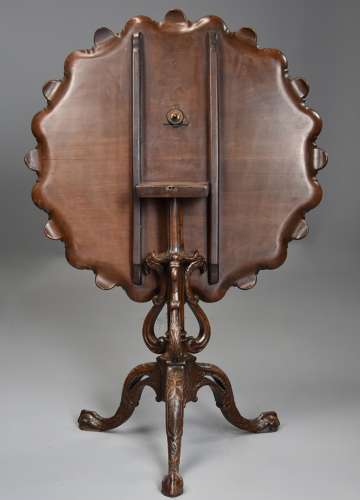 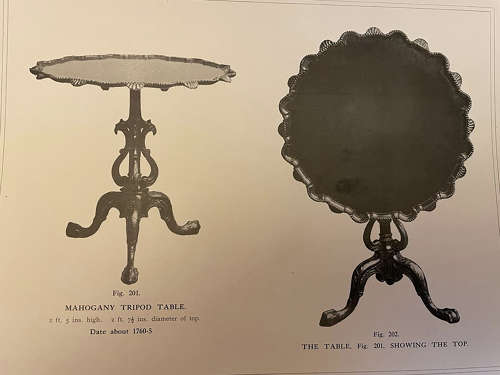 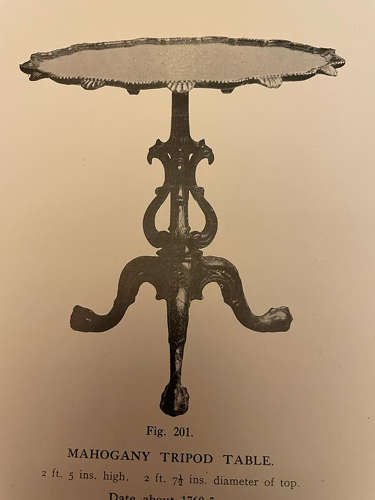