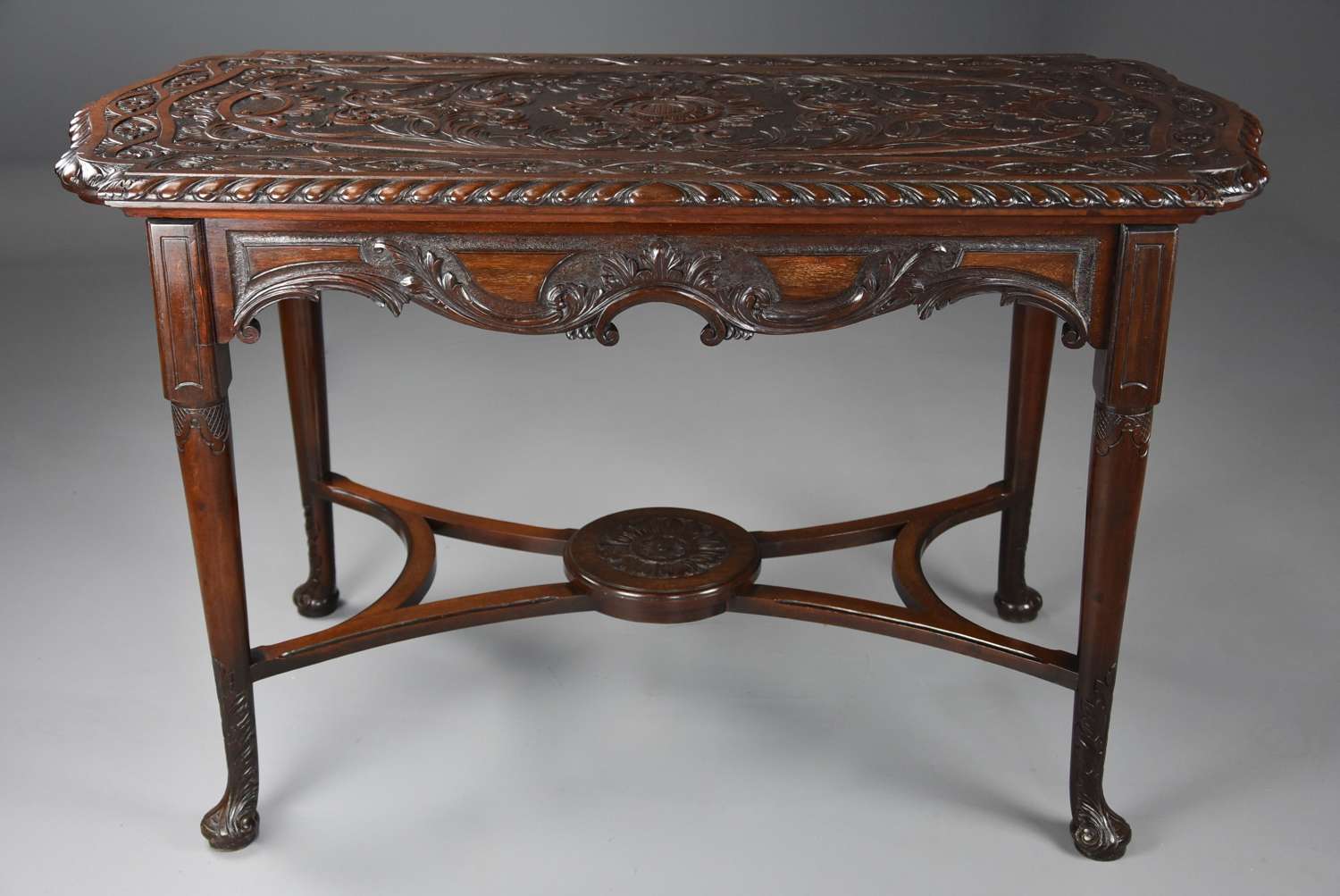 This table is extremely unusual and unique, probably originally the central section of an 18th century English padfoot table and then cleverly reconfigured into a carved centre table in the 19th century (circa 1860), the table now with low relief carved decoration influenced from 18th century designs of carved strapwork and foliate decoration such as the designs of Jean Berain.

This table consists of a shaped top with superb, crisp low relief carving of strapwork, foliate and floral decoration with textured background all creating a wonderfully decorative top leading down to a gadroon carved moulded edge.

Over many years English furniture designers have been influenced by French designers such as Jean Berain, a French designer of ornament, his designs of low relief carved strapwork and leaf decoration were often seen on items of furniture of the 18th century, particularly on gilded tables, mirrors etc.

This table is in excellent condition for age, is of stable construction and can go straight into a home. 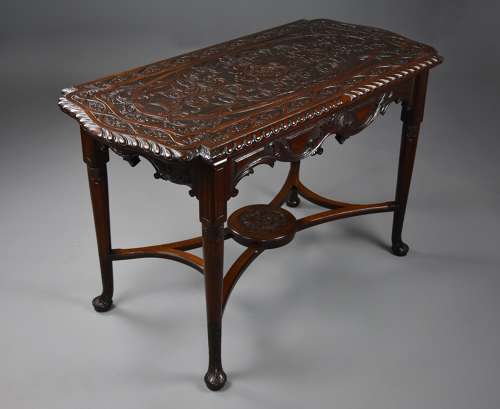 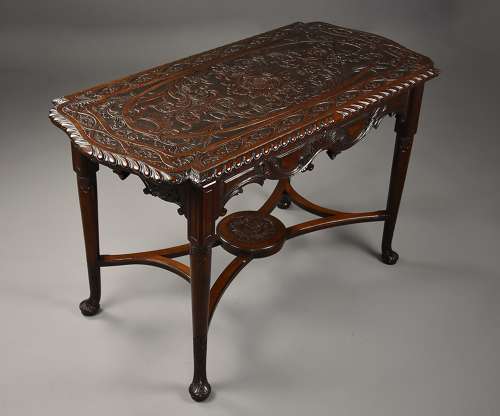 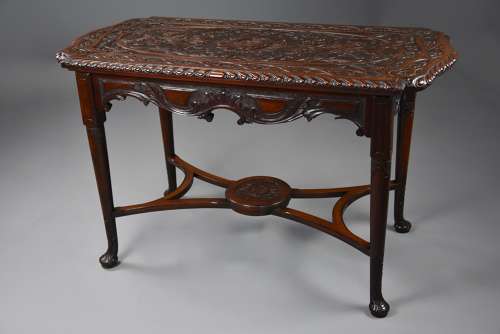 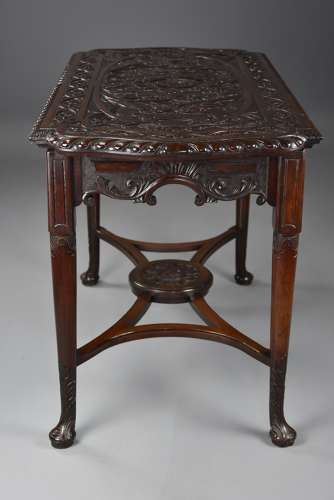 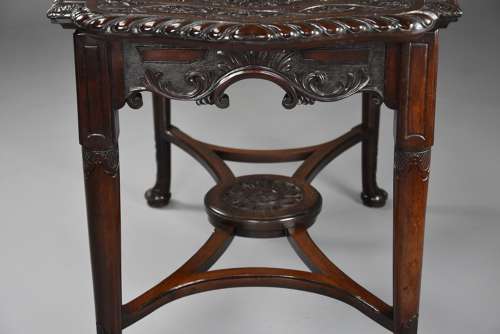 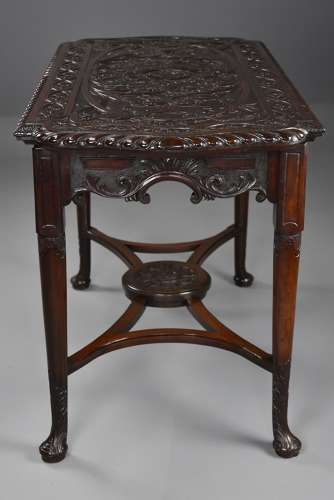 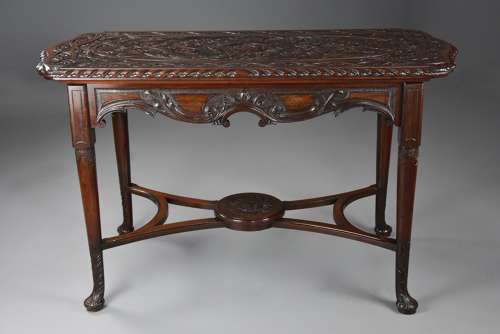 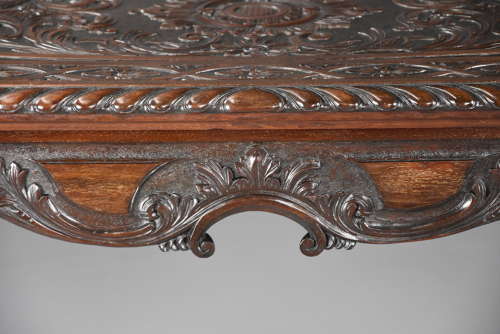 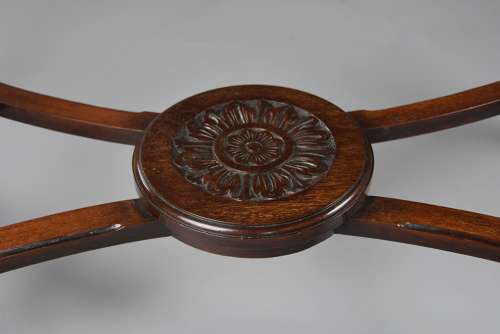 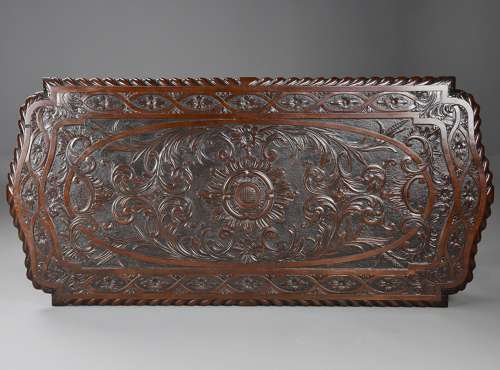 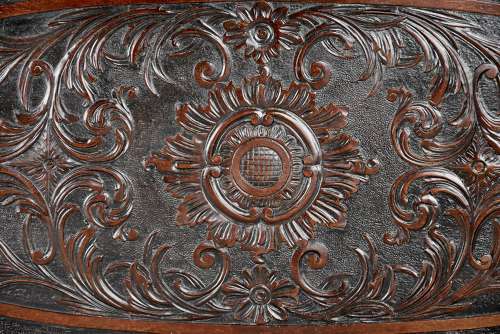 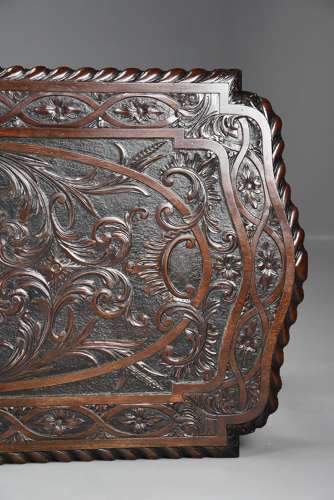 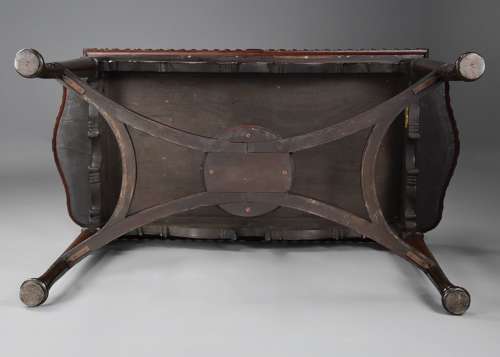