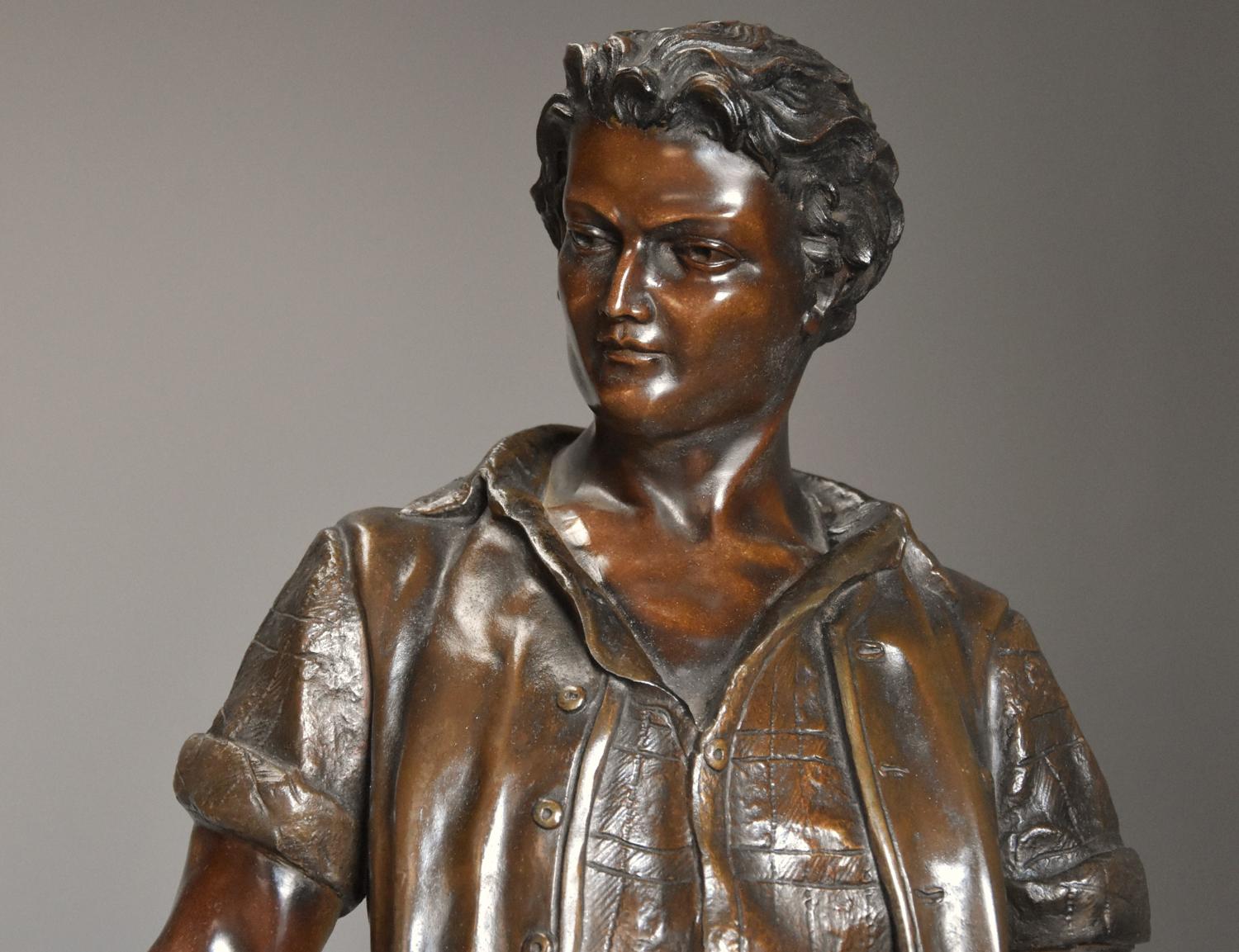 A French late 19th century large bronzed spelter figure of a farm labourer stamped 'AGRICULTURE' with good patination, with signature of the French sculptor F.Milliot - ADDITIONAL IMAGES CAN BE VIEWED BELOW:

This impressive figure is depicted in traditional farm workers attire with open shirt, waistcoat, breaches, standing on his bare feet holding ears of corn in his left hand, the figure supported on a decorative shaped plinth.

There is little information on the sculptor F. Milliot but he did produce various sculptures of farm labourers which were very popular in the latter part of the 19th century. 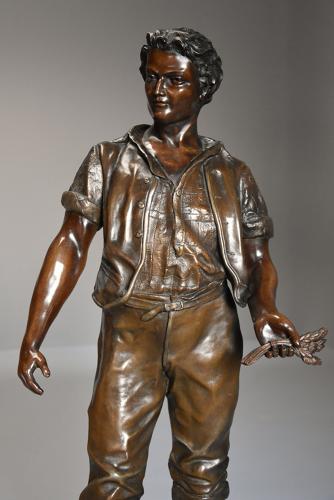 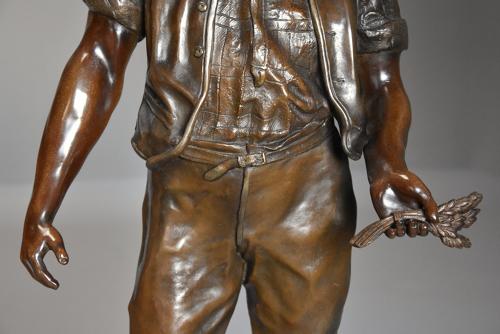 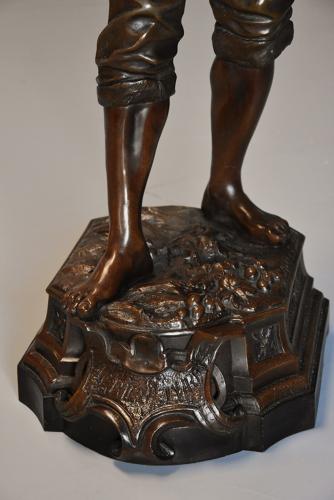 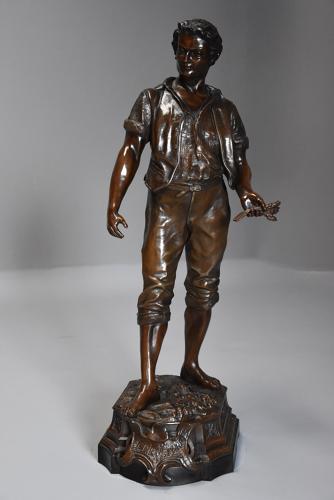 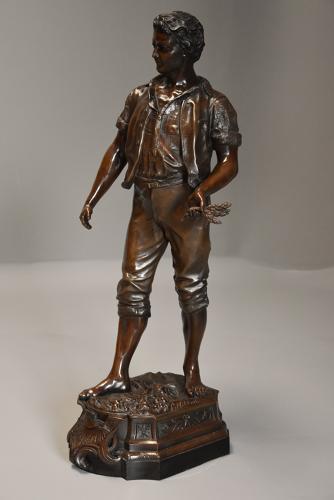 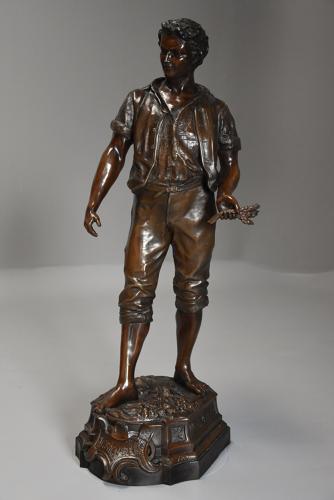 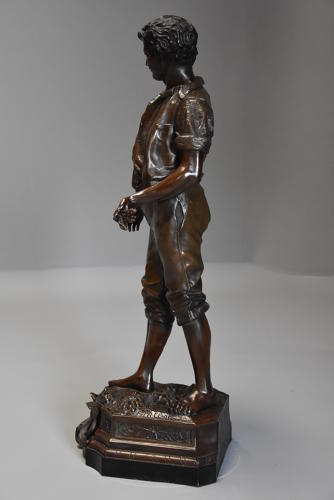 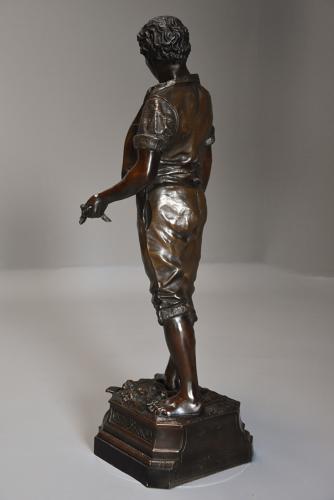 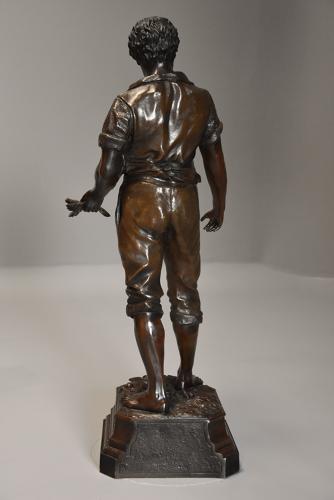 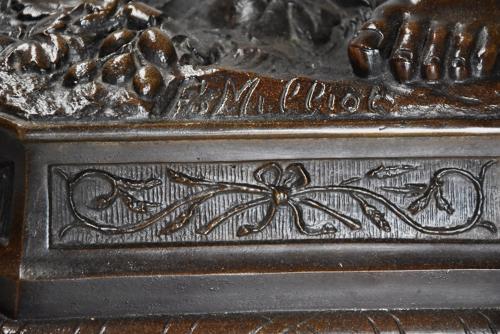 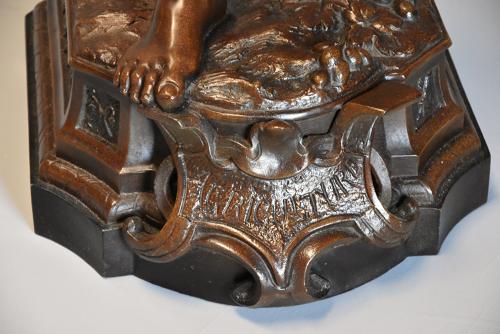 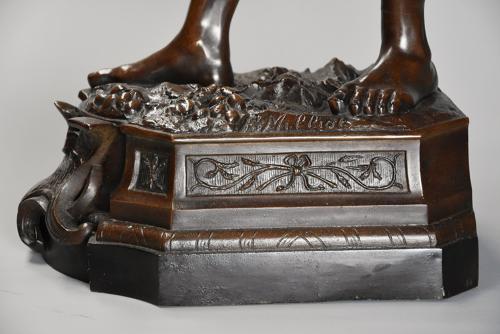