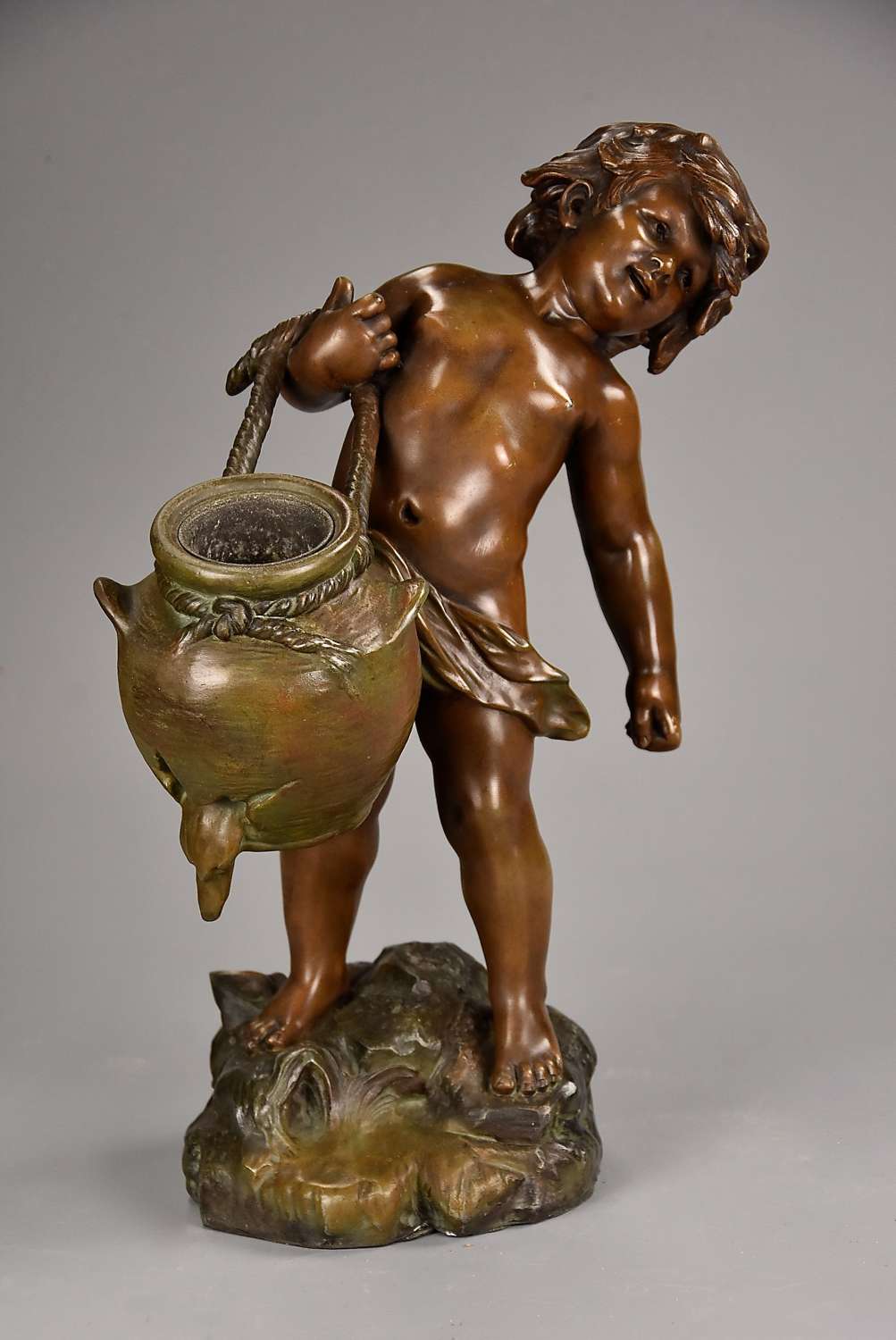 This figure portrays a young boy struggling to carry a heavy pot of water which appears to be leaking, standing on a naturalistic base.

The figure is signed to the base 'Auguste Moreau', also with Paris foundry stamp.

This figure is in very good condition for age and can go straight into a home. 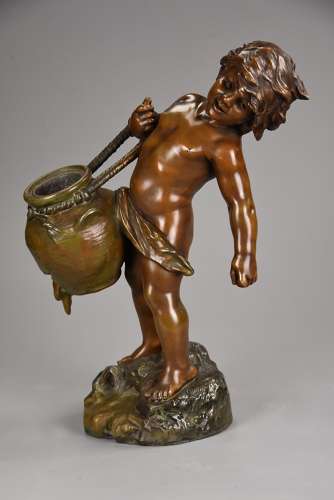 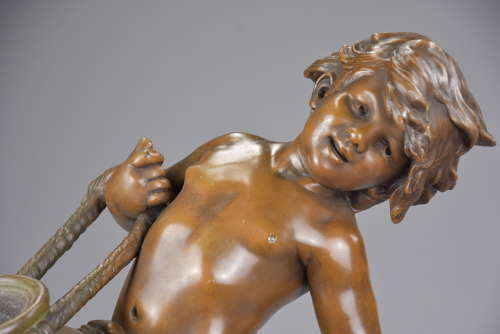 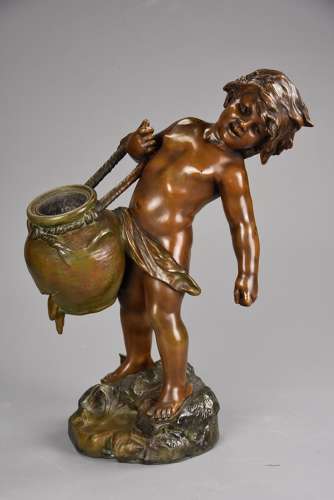 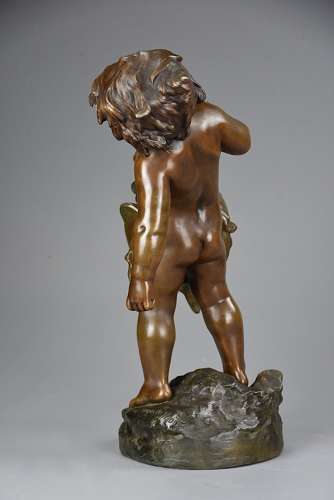 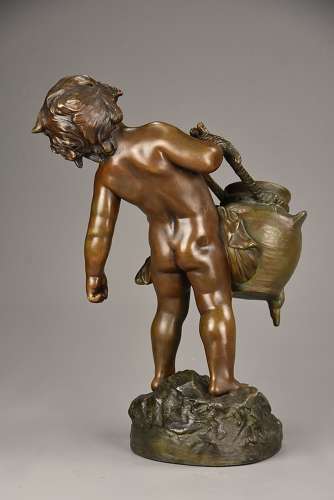 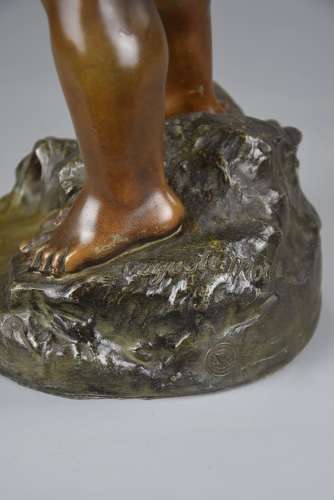 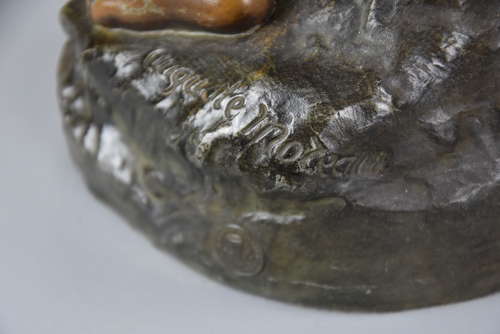