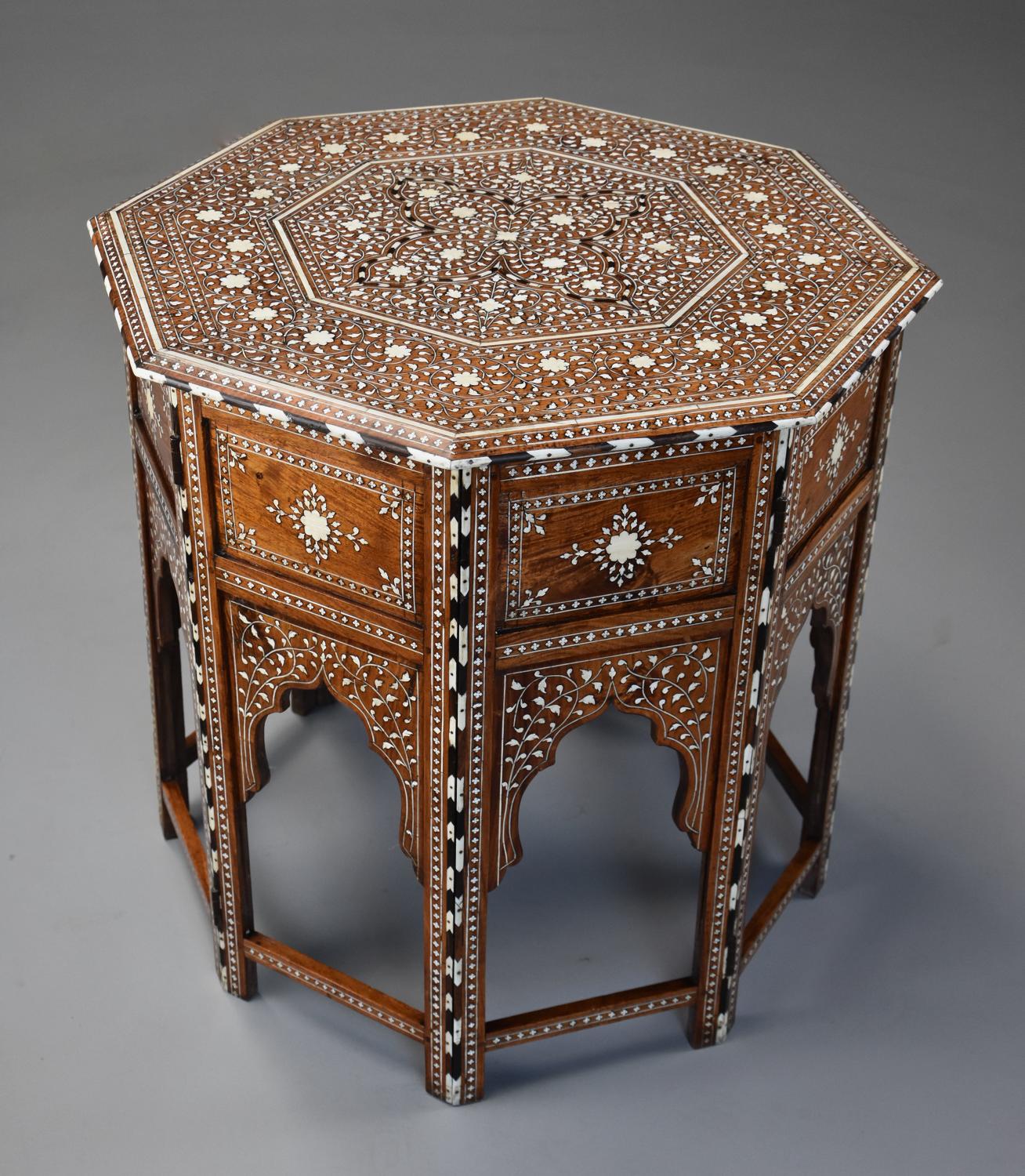 A superb quality and highly decorative late 19th century Anglo Indian profusely ivory inlaid hardwood octagonal table with folding base probably from the Hoshiarpur area in the Punjab, this area being renowned for their superb and intricate inlay work - ADDITIONAL IMAGES CAN BE VIEWED BELOW:

This decorative table is in excellent condition for age, is of stable construction and can go straight into a home. 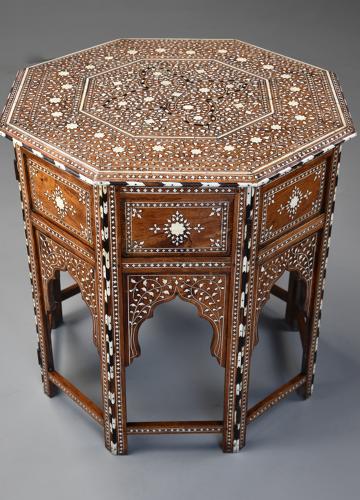 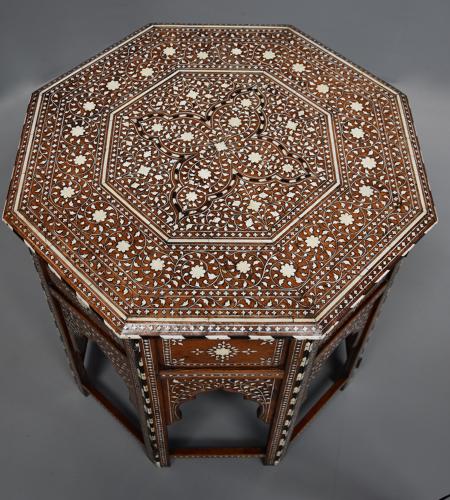 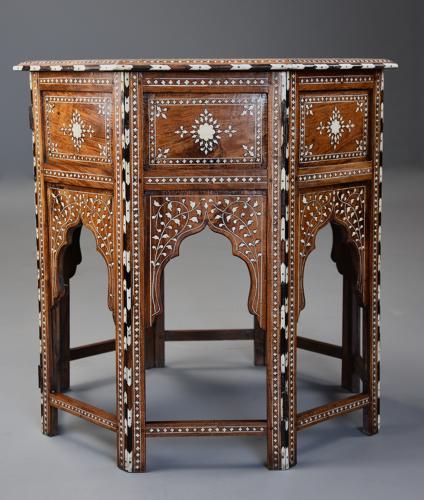 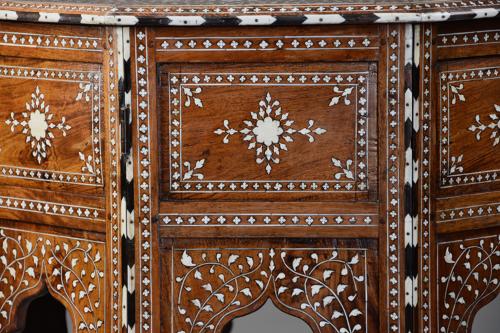 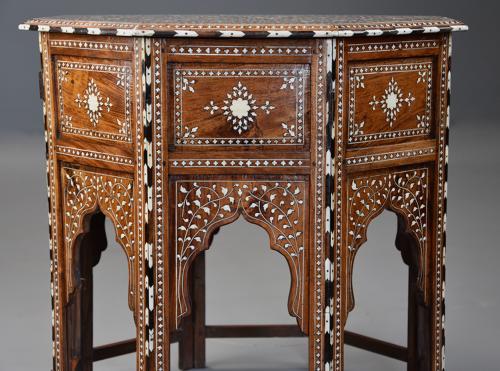 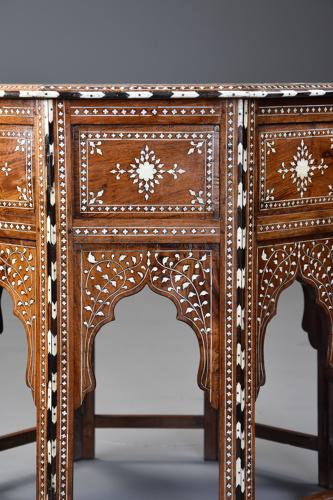 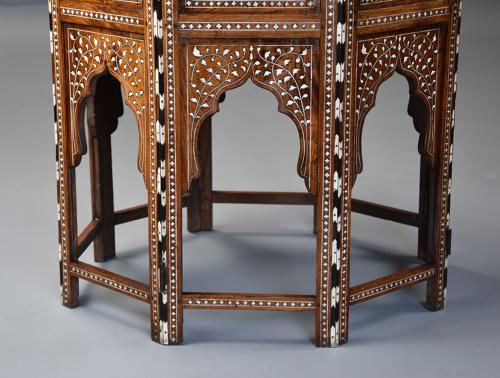 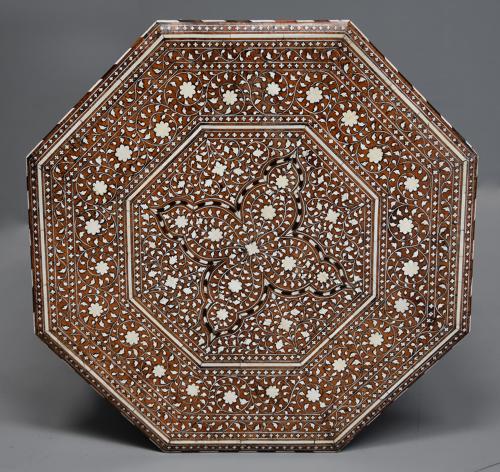 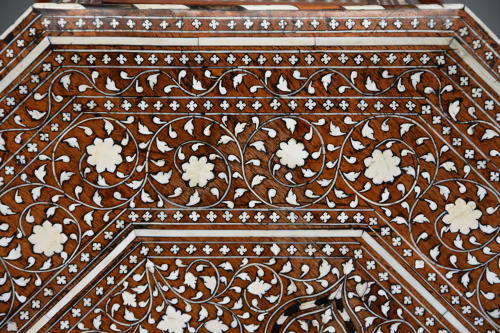 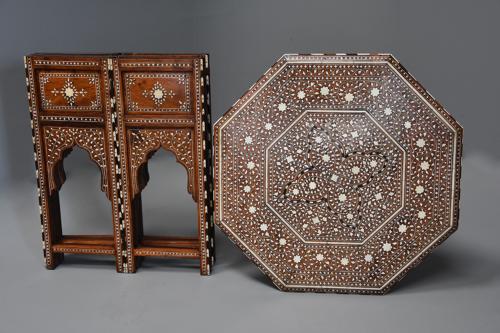 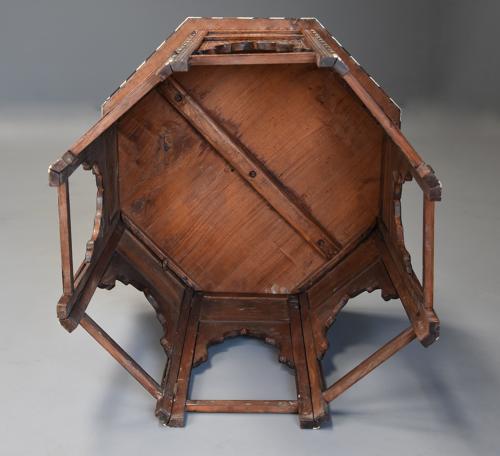