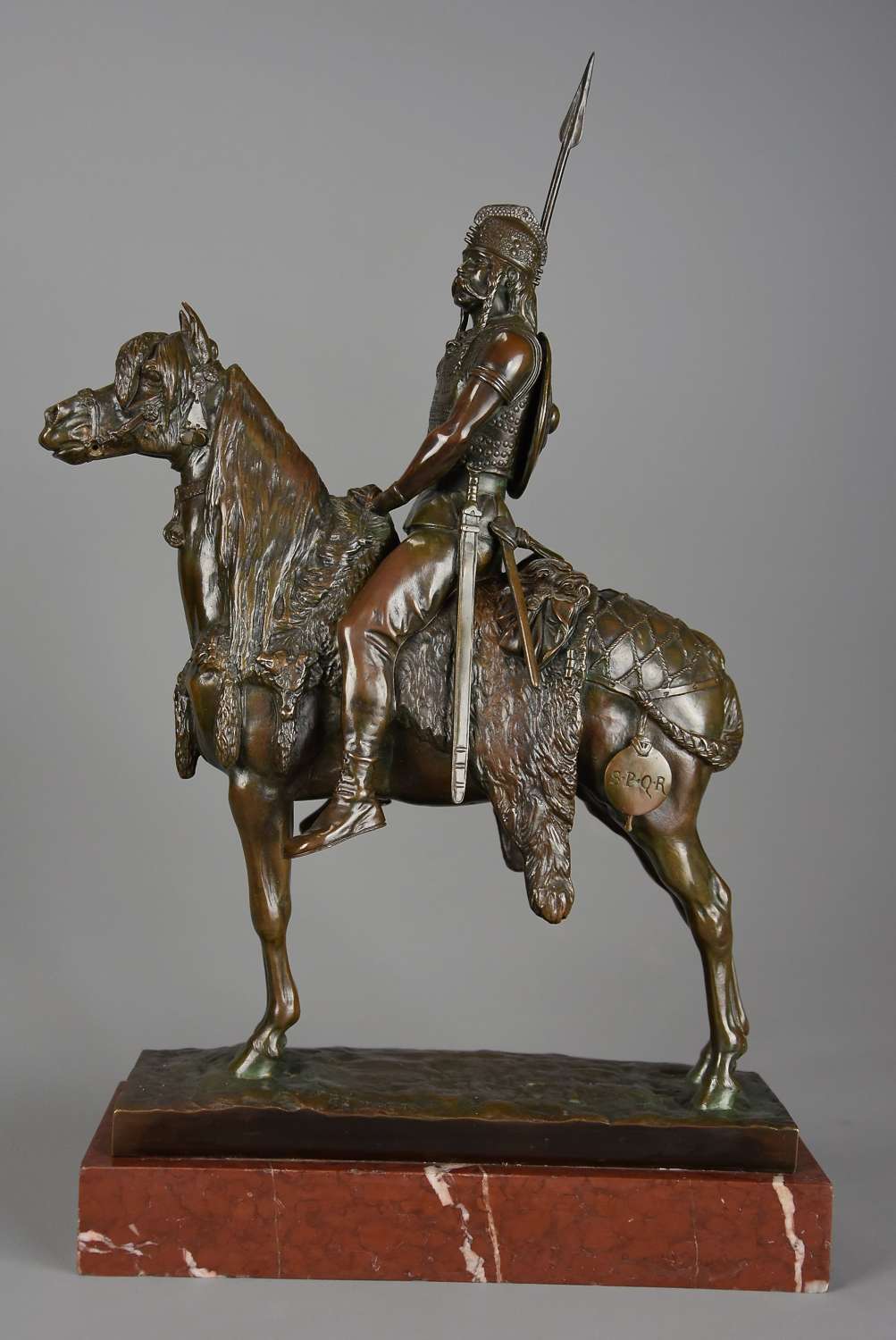 This figure depicts the Chief Gaul seated on his horse in full military dress with helmet and armour, a sword to his side and shield on his back, the horse also in military attire with animal skin below the saddle and woven blanket with attached disc or coin with inscription ‘S.P.Q.R.’, this a Latin phrase ‘Senatus Populusque Romanus’ which translates to ‘The Senate and People of Rome’ referring to the Government of the Ancient Roman Republic, all supported on a rouge marble base.

Emmanuel Fremiet (1824-1910) was born and also died in Paris, France, he was a highly respected and successful sculptor known for well executed bronzes creating both animalier and monumental sculptures such as many public commissions.

This bronze is cast by the famous Parisian foundry F. Barbedienne, founded in 1838, and bears their signature.

The Barbedienne foundry was set up in 1838 by Ferdinand Barbedienne, the company produced many fine pieces over the years and worked closely with many artists, two of the most famous being Barye and Rodin.

Reference: this bronze can be found in the book ‘Animals in Bronze’ by Christopher Payne page 340 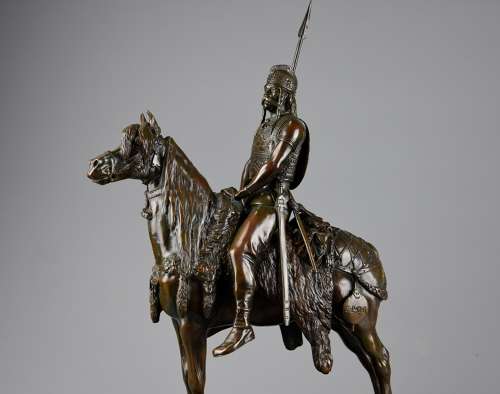 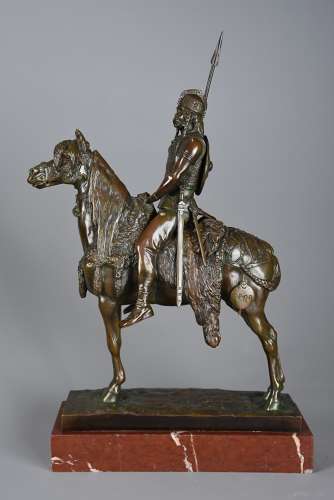 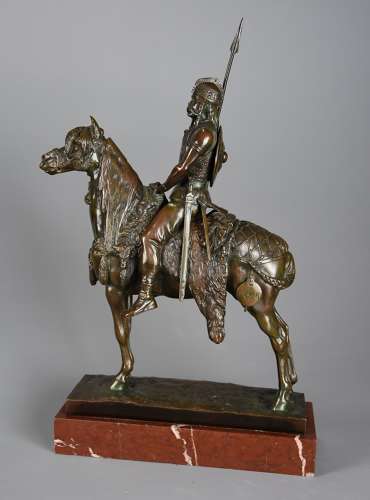 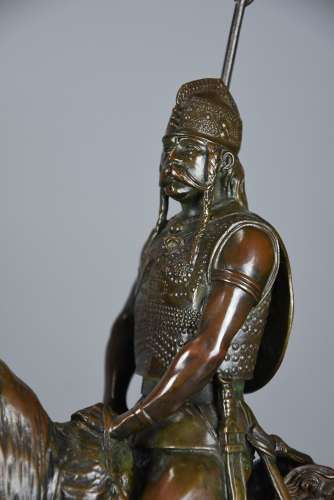 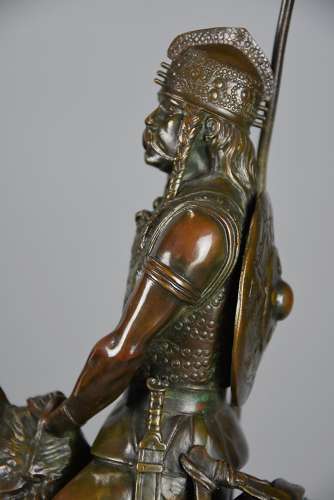 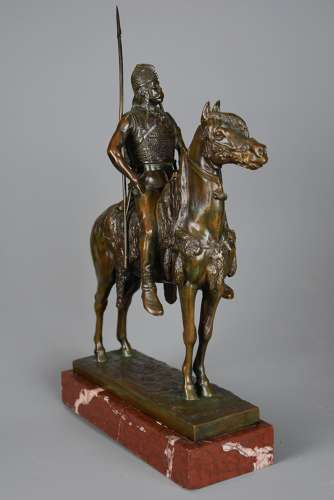 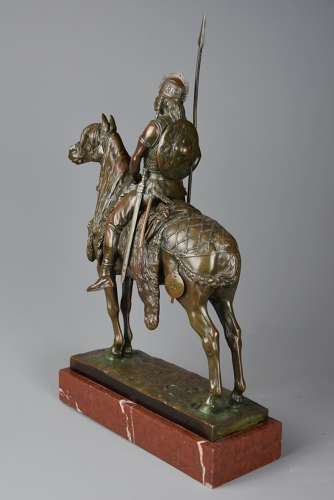 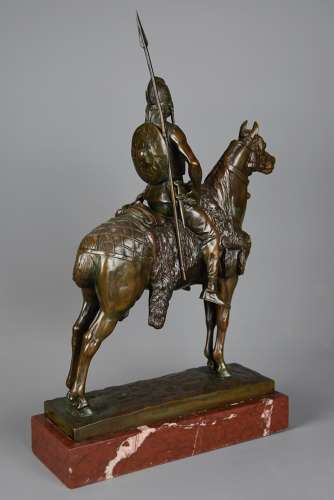 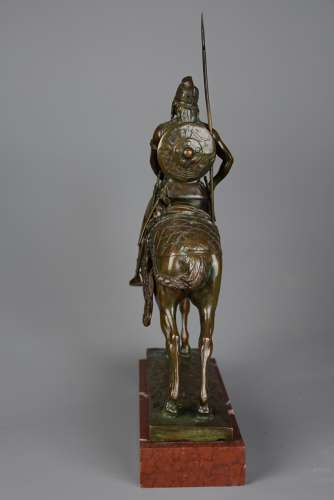 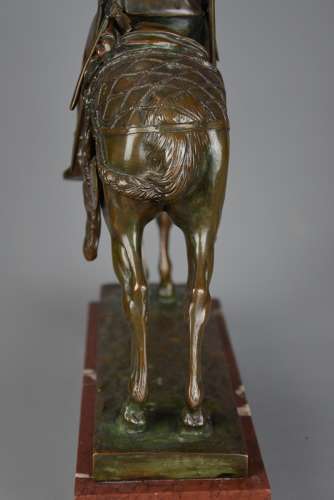 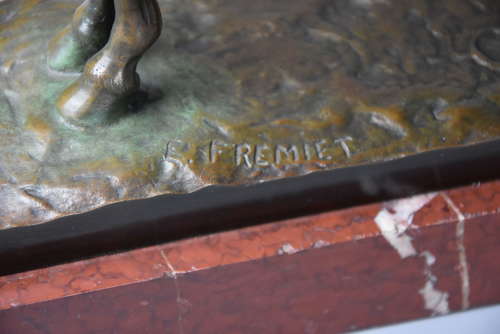 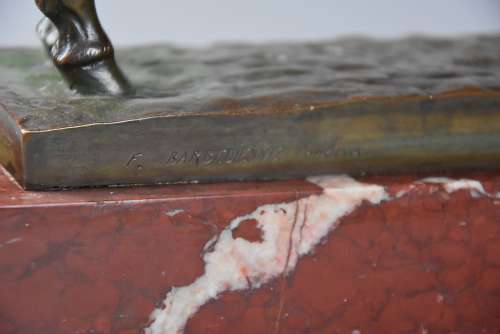