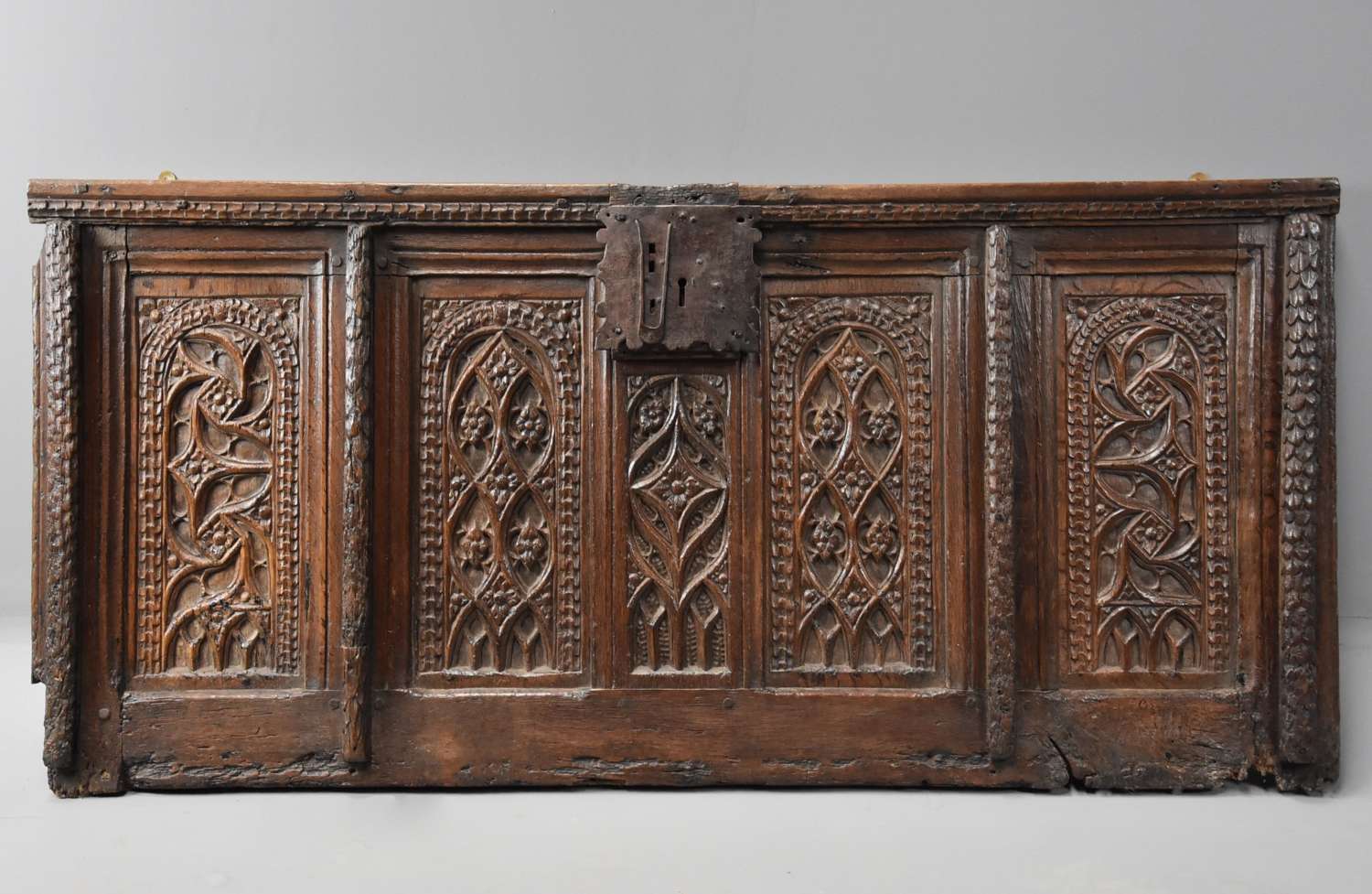 A rare late 15th century (circa 1470) French finely carved oak panel originally the front panel of a coffer or chest - ADDITIONAL IMAGES CAN BE VIEWED BELOW:

This panel consists of a moulded and carved top rail with original large steel lock plate to the centre.

This leads down to five superbly carved Gothic arcaded tracery panels, with three panels to the central section with an outer panel to either side and separated by four carved stiles.

During the 18th century, partly due to the French Revolution there was a revival in the interest of Medieval Gothic art. This period was disastrous for the French aristocrats, many items were dismantled and broken apart as cash could be raised quickly by selling smaller items such as paintings, carvings and fragments. Therefore, at this time many of the wealthy were able to purchase French and Continental works of art.

This panel is a wonderful statement piece and would be ideal as either an overmantle or wall hanging.

This panel is in very good original condition for age, is of stable construction and can go straight into a home. 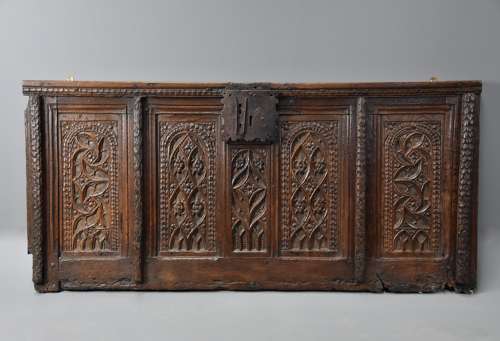 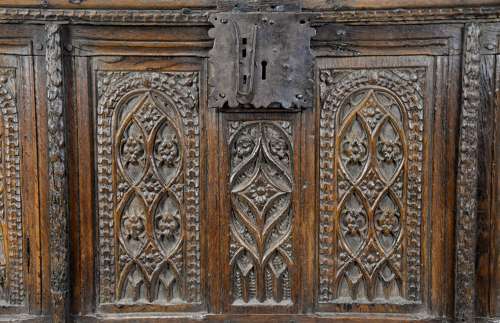 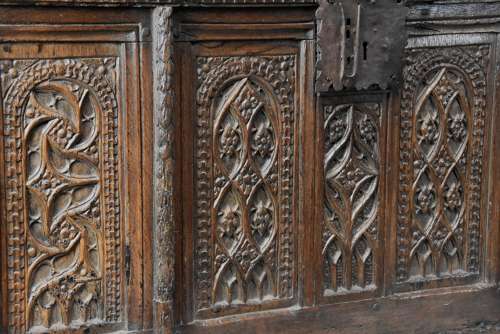 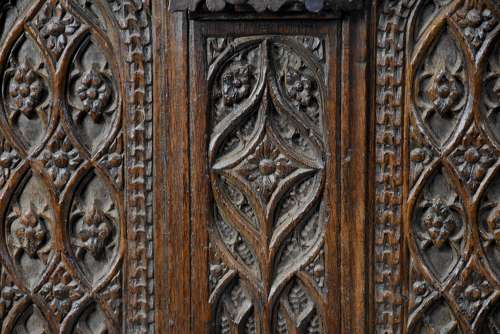 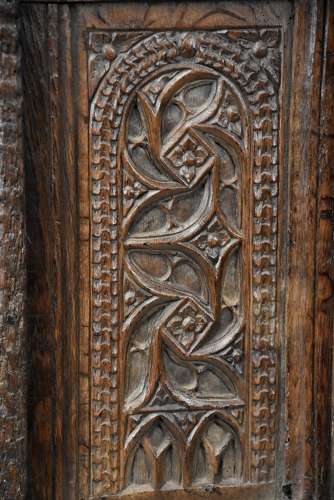 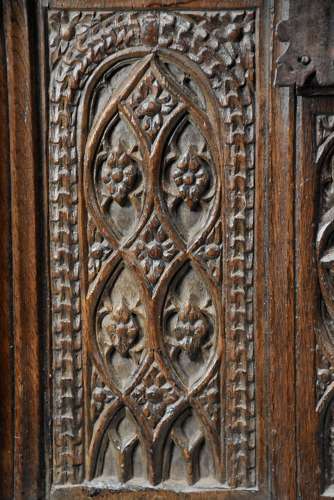 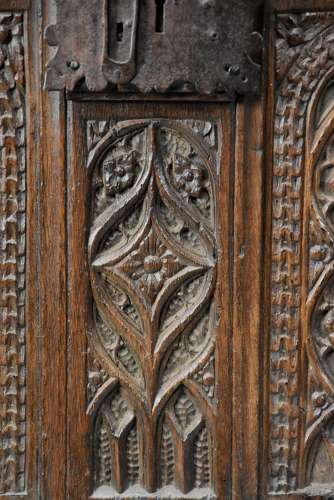 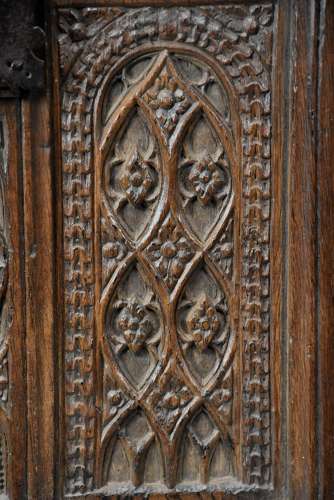 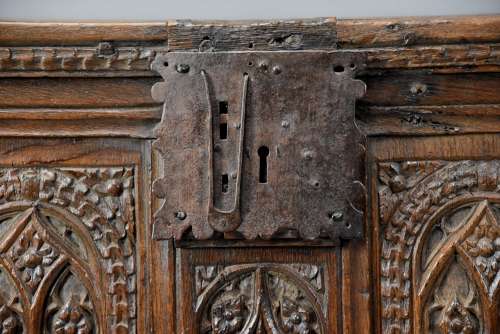 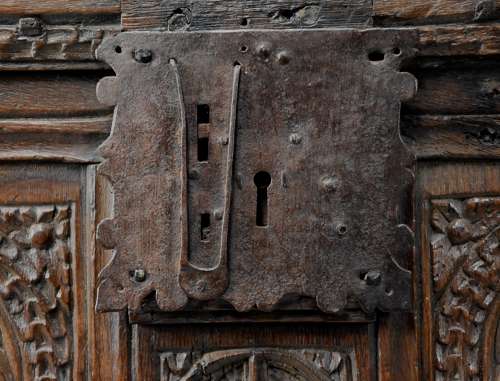 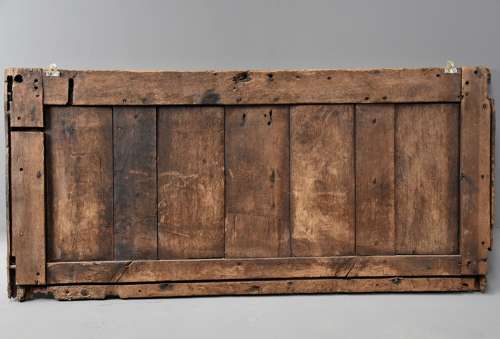