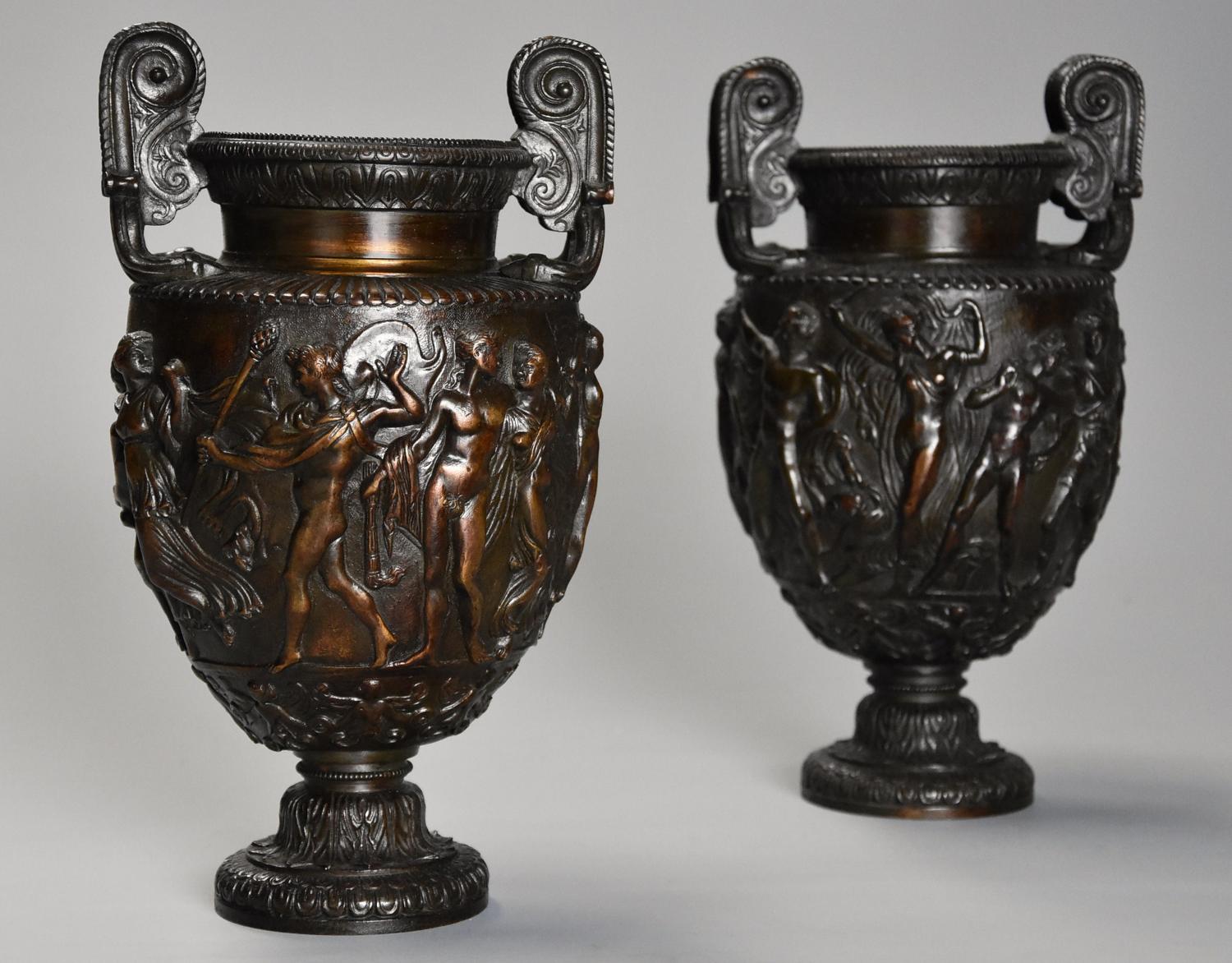 A pair of highly decorative mid 19th century Grand Tour bronze 'Townley Vases' with good patination based on the original Roman marble vase of the same name - ADDITIONAL IMAGES CAN BE VIEWED BELOW:

This pair of bronze vases consist of volute handles to either side in the manner of a pottery krater, the term krater meaning mixing vessel and this style of vase originally used for mixing wine with water. The vases having high relief decoration of Bacchic scenes depicting Pan and other followers of Bacchus, God of wine, dancing and celebrating and supported on a decorative socle style base.

This pair of vases are in very good condition for age (one missing the inner liner) and can go straight into a home. 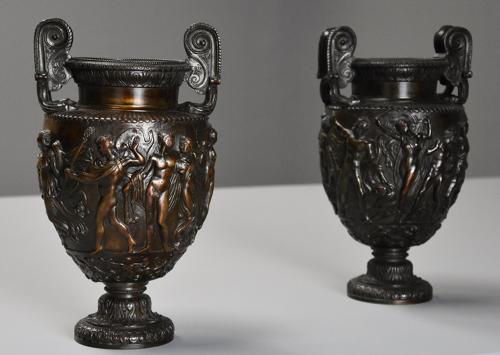 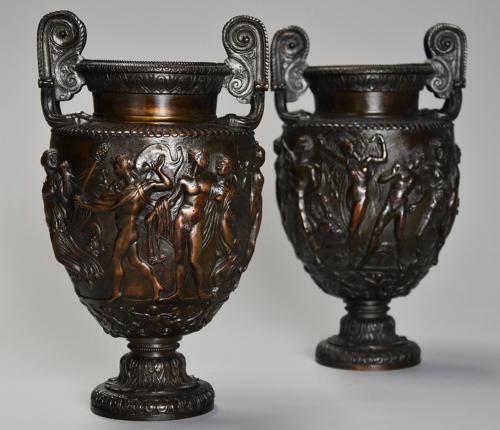 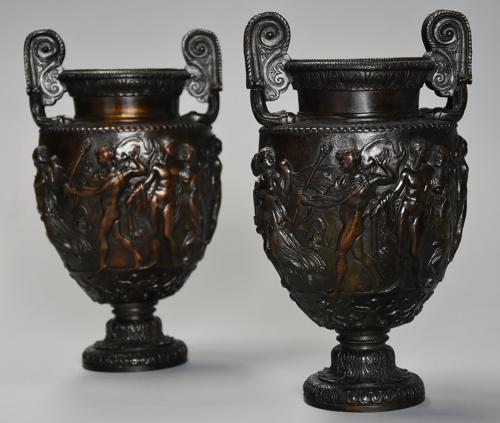 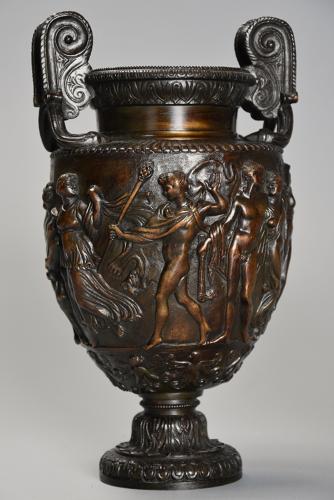 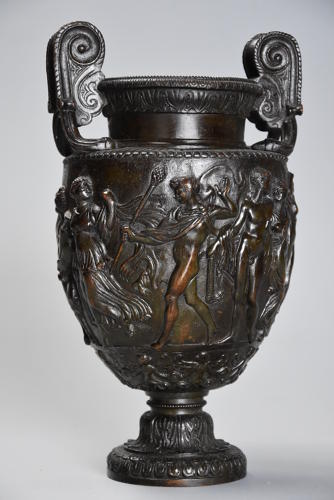 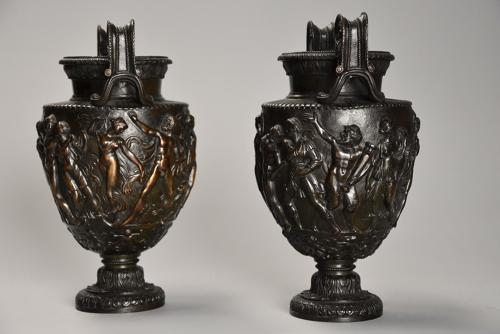 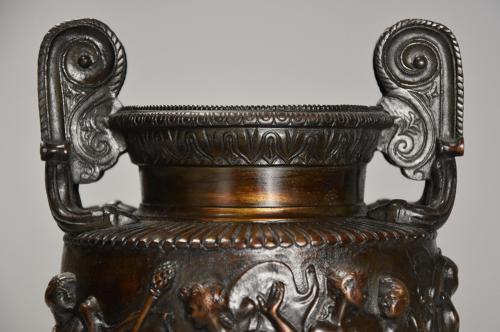 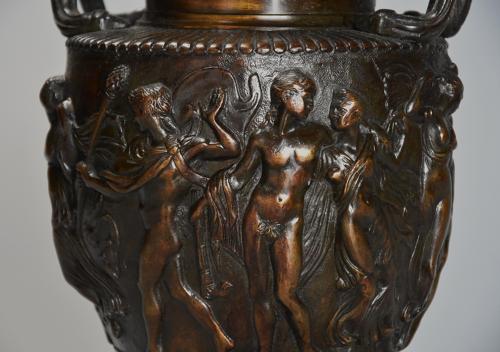 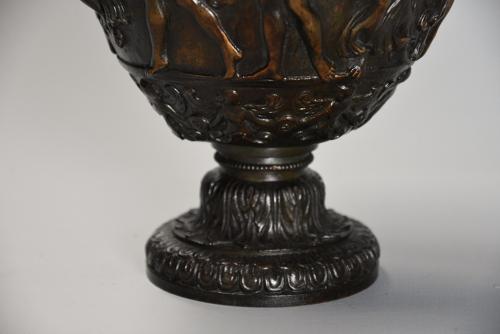 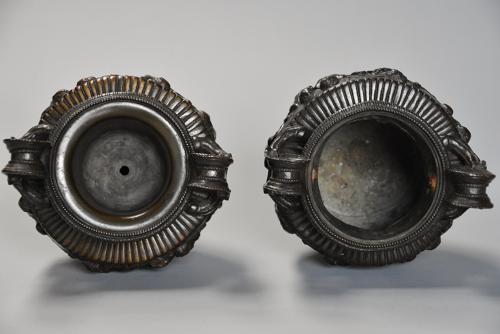 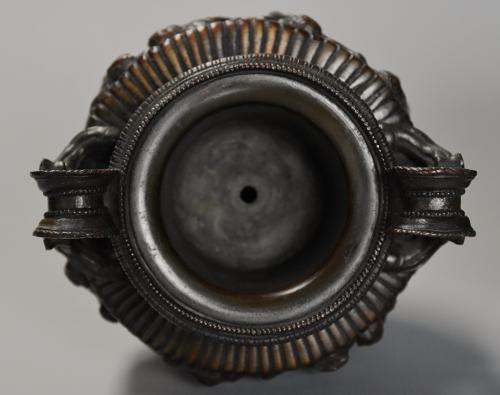