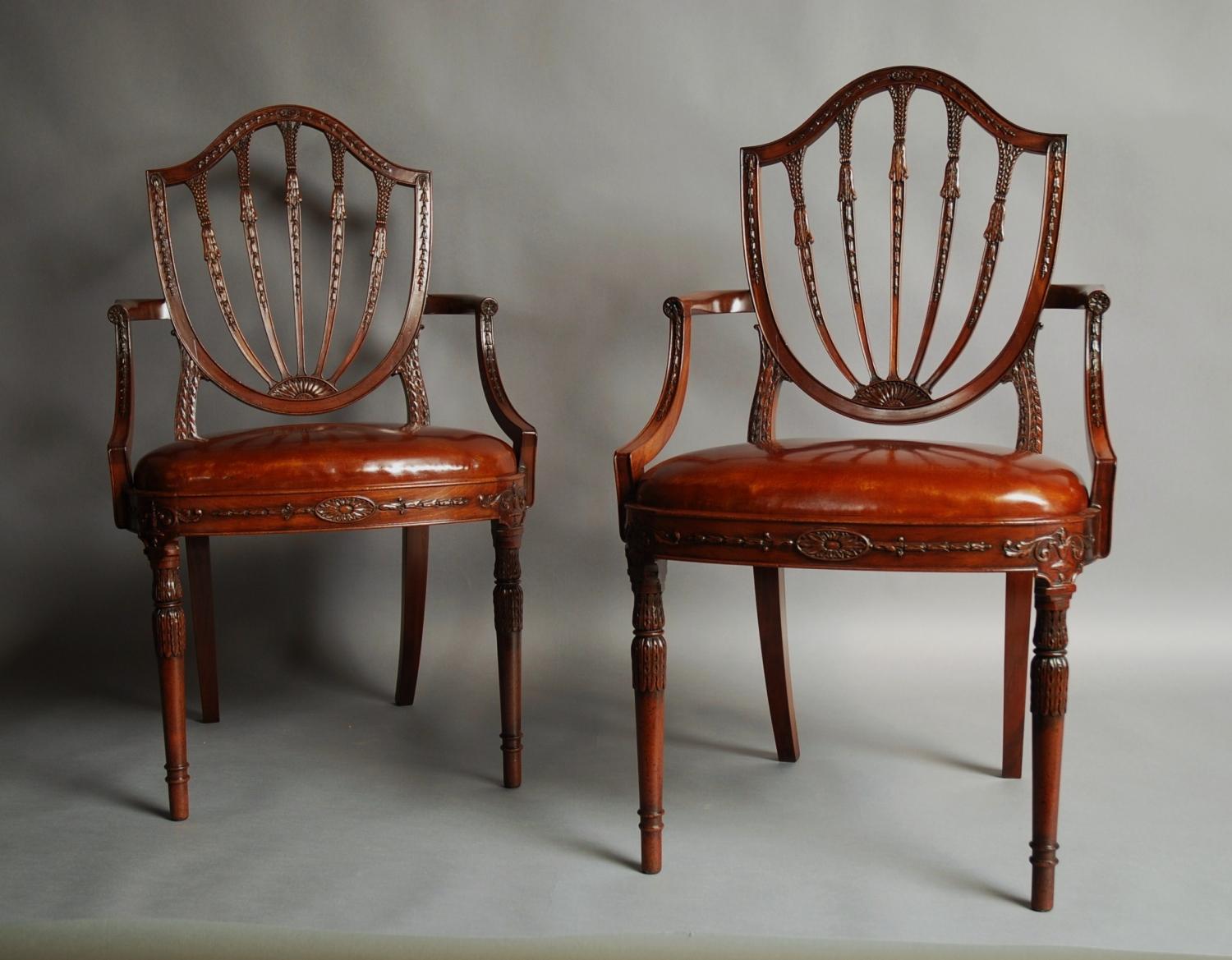 This design is taken from one of the most popular by Hepplewhite around 1780 and is finely executed in these examples.

The chairs consist of a carved shield back with flat chanelled mouldings and five reeded splats which both curve & swell with fine quality carvings.

These carved splats rise from a large semi-patera, the carved designs being of husks & corn ears.

The shield back is supported by a shaped & carved support again with a husk design.

The arm supports have flat chanelled mouldings with a carved husk & rosette design.

The side seat rails are shaped & the moulded front rail has a carved central patera with a carved husk design.

The front legs are turned with a carved urn at the top leading down to a foliate carved design and the back legs are outswept.

The drop in seats have been upholstered in a reddish/brown leather which compliment the chairs.

Gillows of Lancaster are renowned for their quality & high cratfmanship of the furniture they produced.
They were formed in 1731 and both produced their own designs as well as using well known designs from makers such as Chippendale, Sheraton & Hepplewhite. After some financial difficulties in the late 19thc, they joined together with another good maker, Waring of Liverpool in 1903 and Waring & Gillow was formed.

These would be ideal in a hall or office or indeed in any interior.

These chairs are in excellent condition for their age, of stable construction and can go straight into a home. 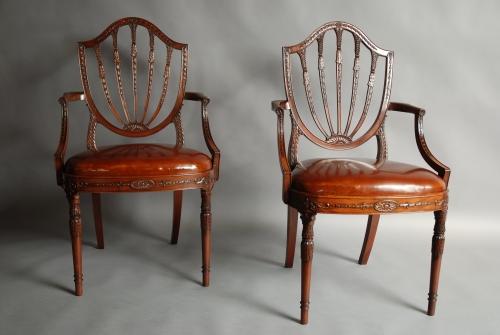 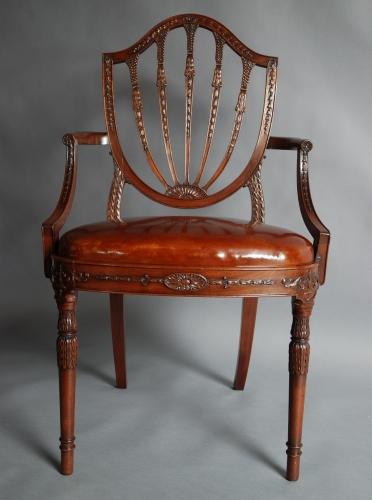 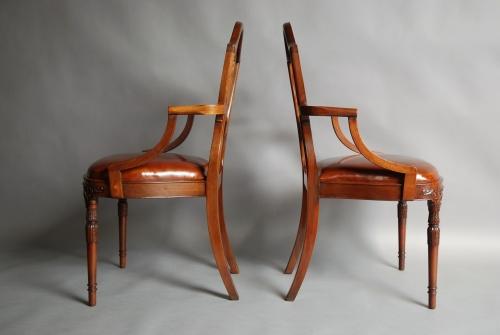 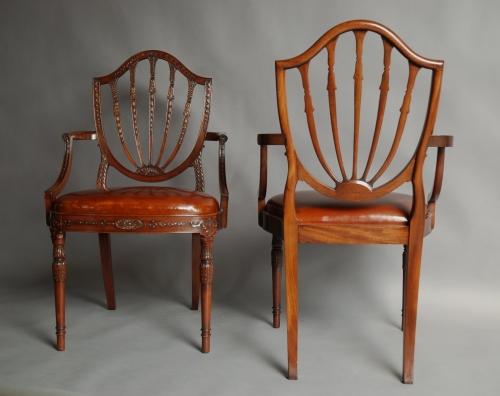 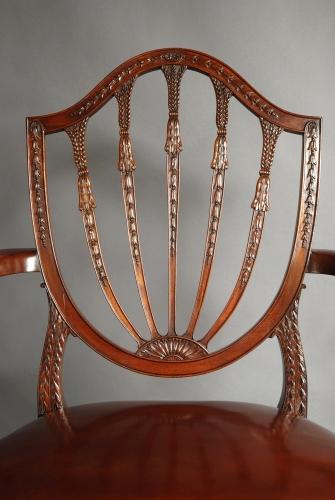 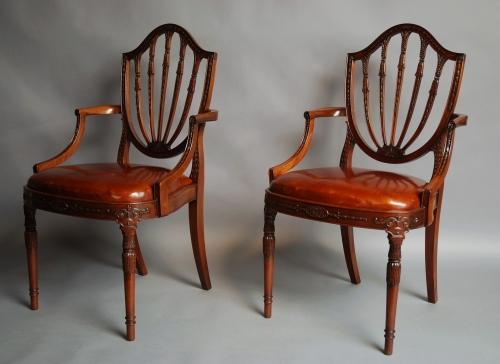 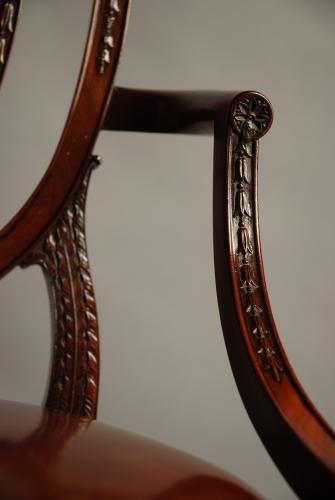 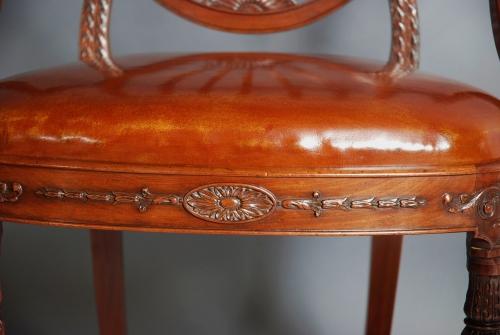