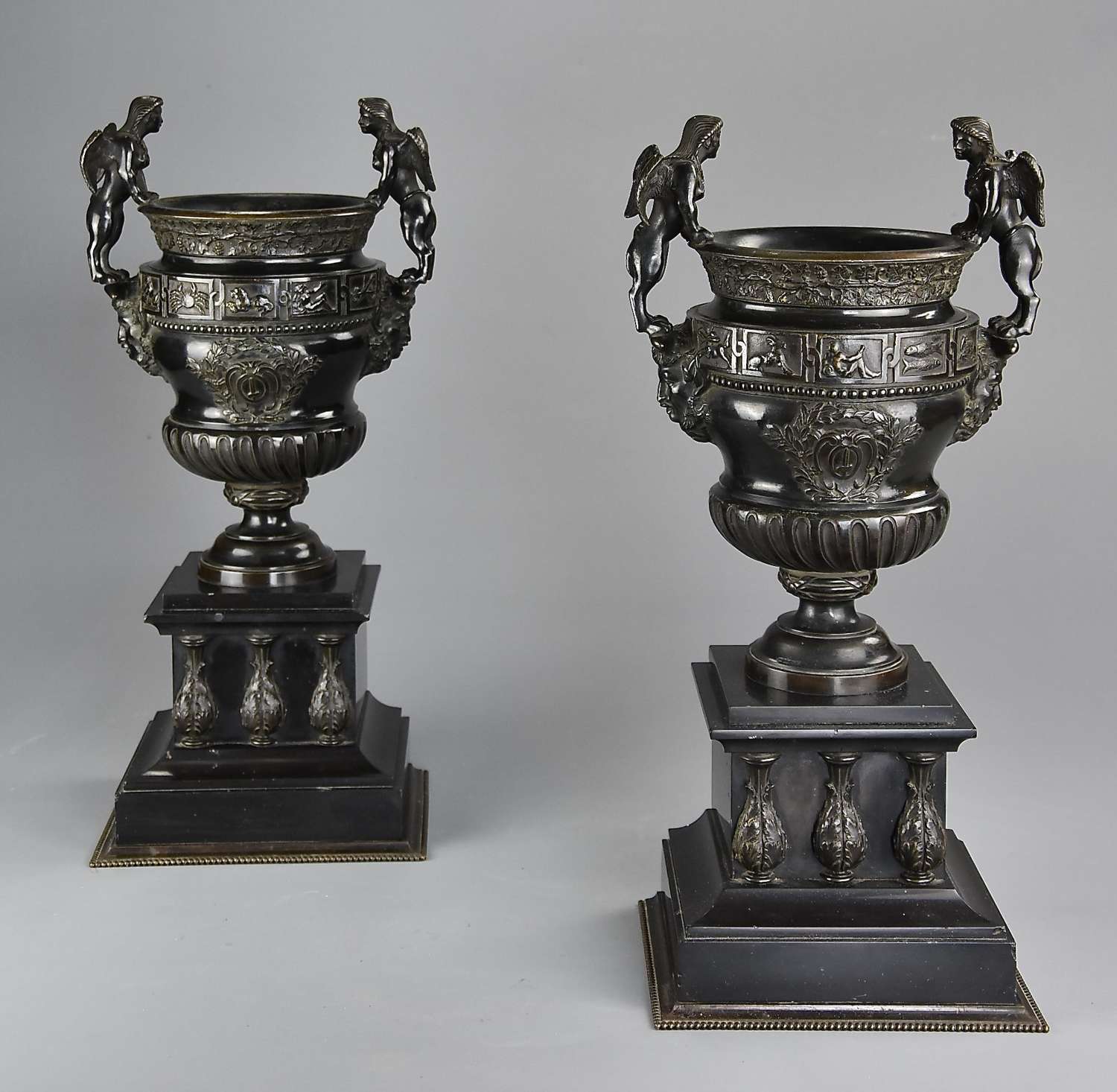 A pair of highly decorative late 19th century bronze urns on slate bases after a design of a large pair of urns at The Palace of Versailles by Claude Ballin - ADDITIONAL IMAGES CAN BE VIEWED BELOW:

This pair of urns consist of a moulded rim to the top with grape and vine decoration leading down to the twelve signs of the zodiac, with foliate and sword design to the centre with fluted design below, both urns flanked with harpies to the top with satyr mascarons below, the ‘harpie’ being a mythological beast in Greek mythology in the form of a bird with a human head.

The urns are supported on stepped plinth slate bases with foliate baluster decoration.

The original large pair of urns were part of a set of thirteen pairs of bronze urns in the garden at Versailles which separated the terrace of the Palace from the Parterre du Nord and the Parterre du Midi and were designed by the Kings’ goldsmith, Claude Ballin (1615-1678).

A pair of large bronze urns, of this design, were copied from the original urns can be found in the National Trusts’ garden at Anglesey Abbey in Cambridgeshire, England.

This pair of urns are in very good condition for age, are of stable construction and can go straight into a home. 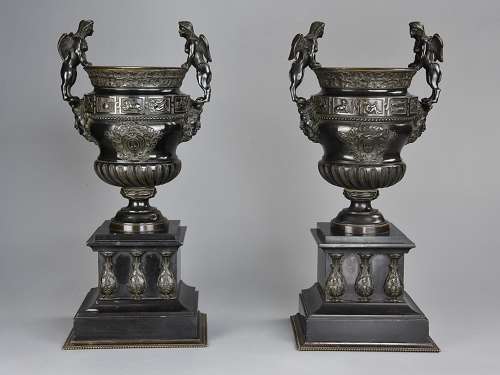 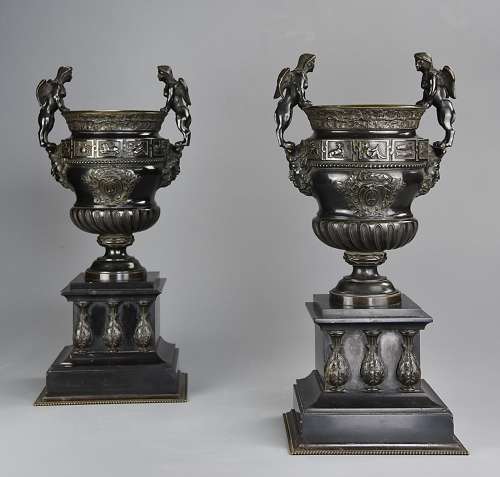 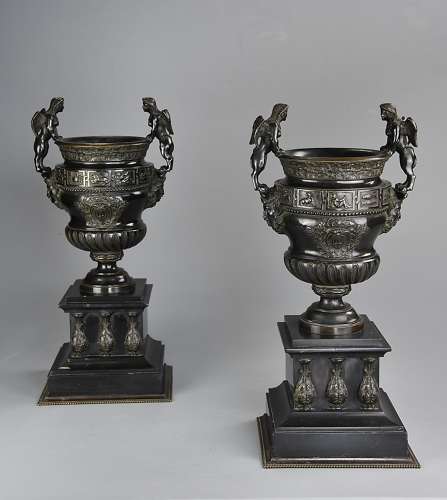 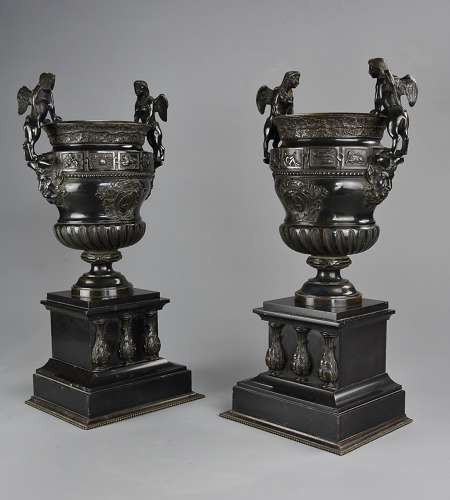 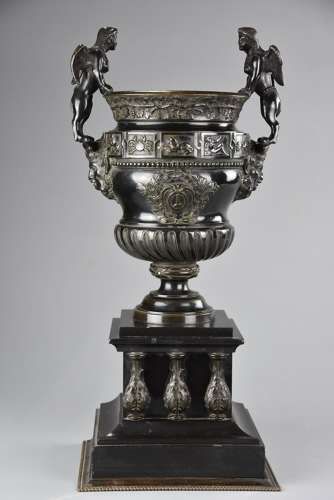 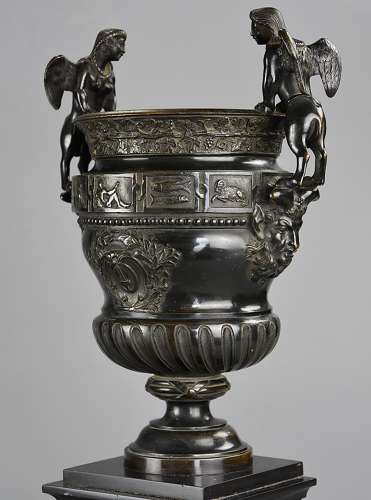 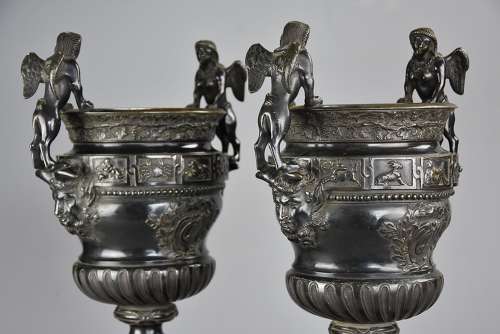 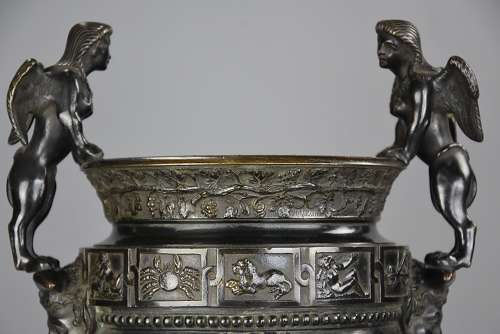 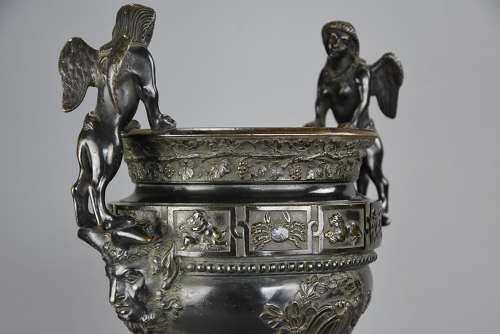 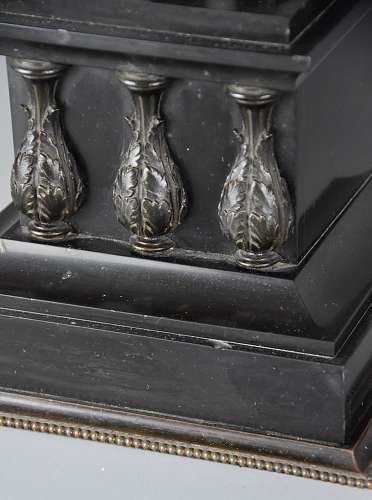 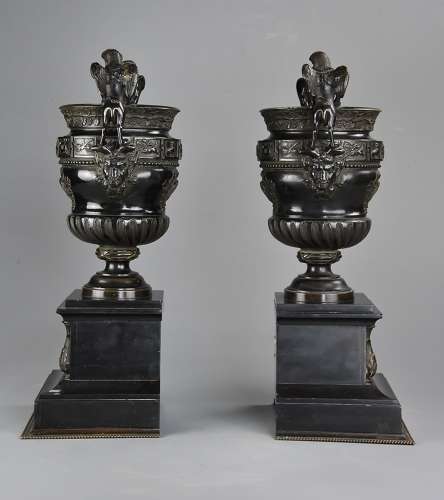 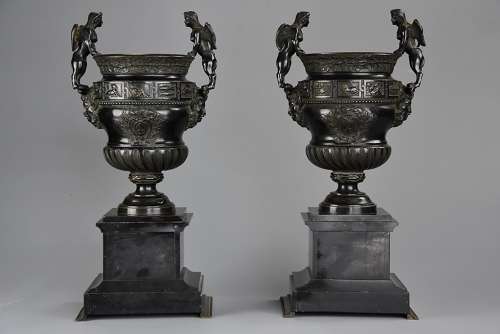