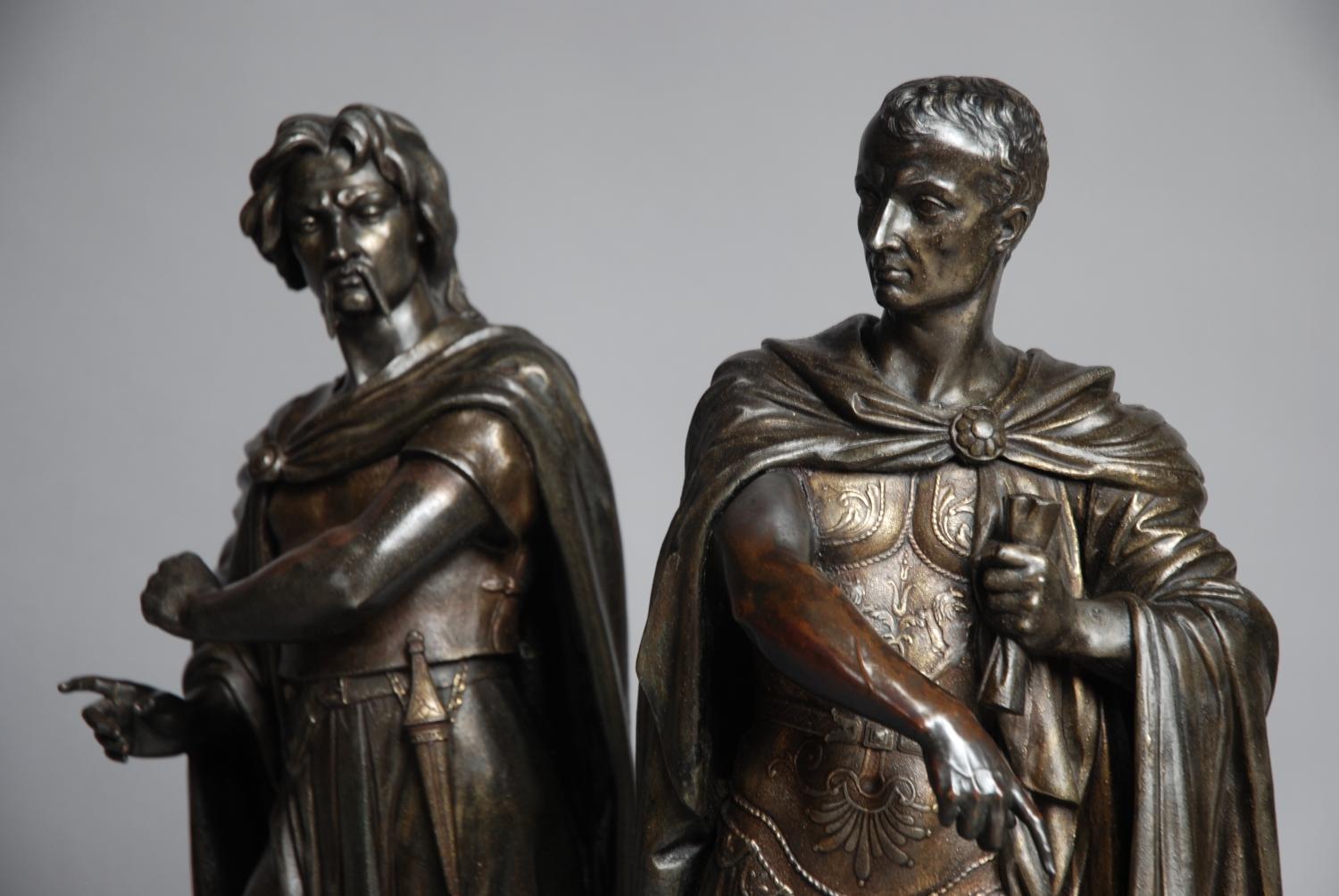 A fine quality large pair of late 19thc Classical spelter figures, possibly French. FURTHER IMAGES CAN BE VIEWED BELOW:
The bearded figure being Vercingetorix of The Gauls, the other figure being Julius Caesar of Rome.
These figures are both of excellent quality and have a bronze patination, giving the appearance of bronze figures.
Vercingetorix was a Gaul Chieftain of the Averni tribe and he united the Gauls in a revolt against Roman armies during the final years of Julius Caesar's Gallic wars.
The Gauls fought the Roman armies for many years and were again defeated in this battle by the Roman army, led by Julius Caesar.
Vercingetorix was captured and held in captivity for many years and finally his life came to an end with an unceremonious execution. 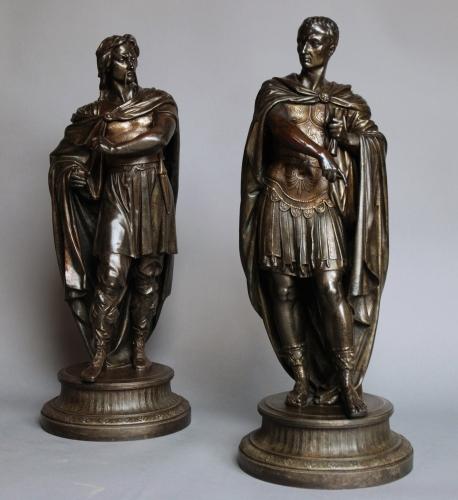 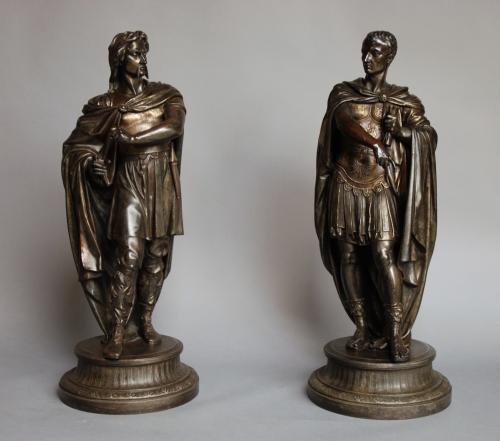 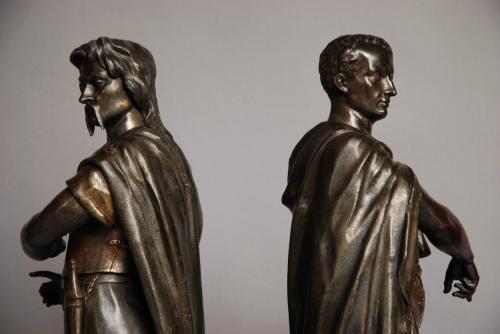 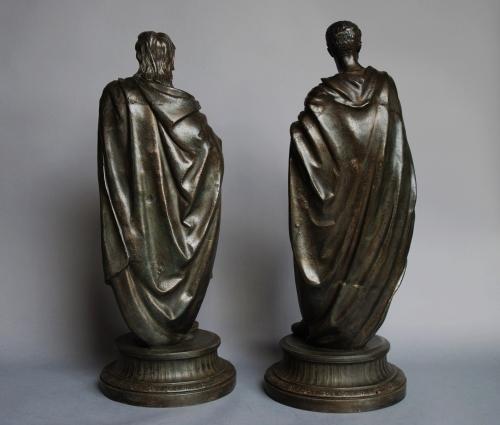 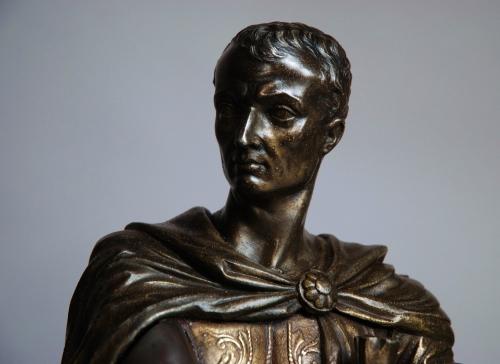 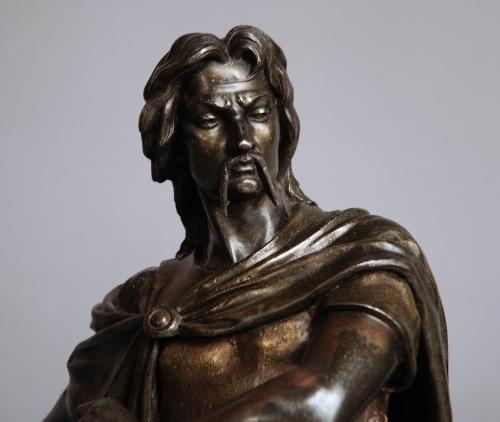 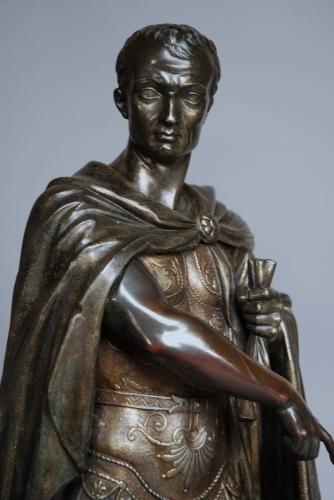 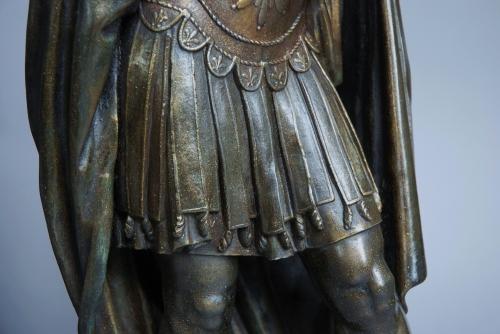 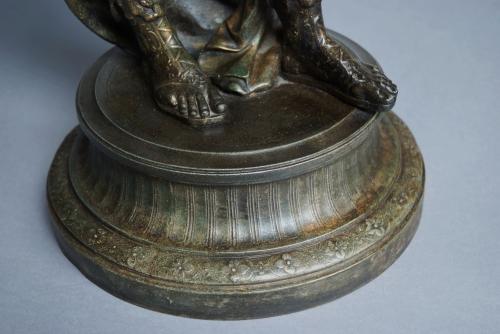 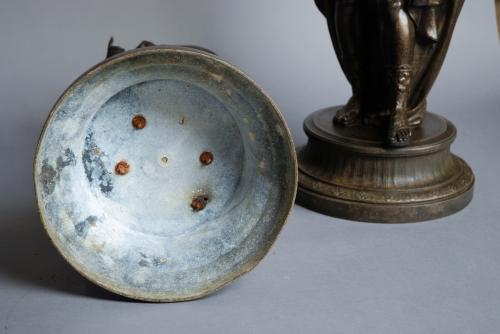 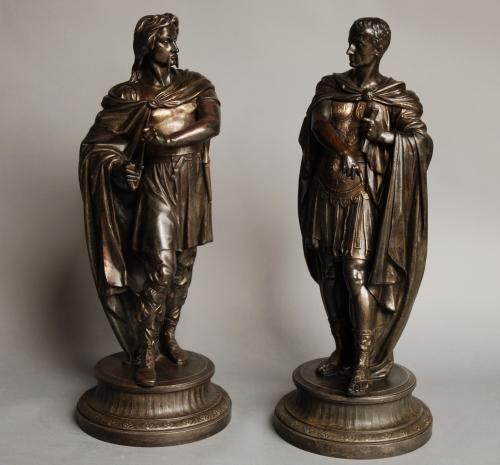 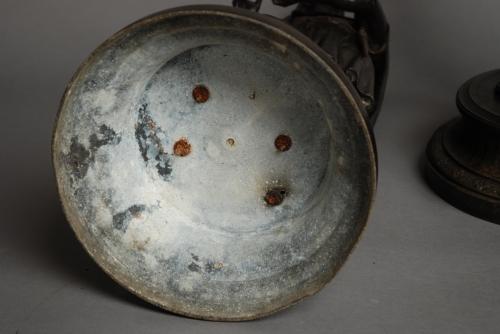