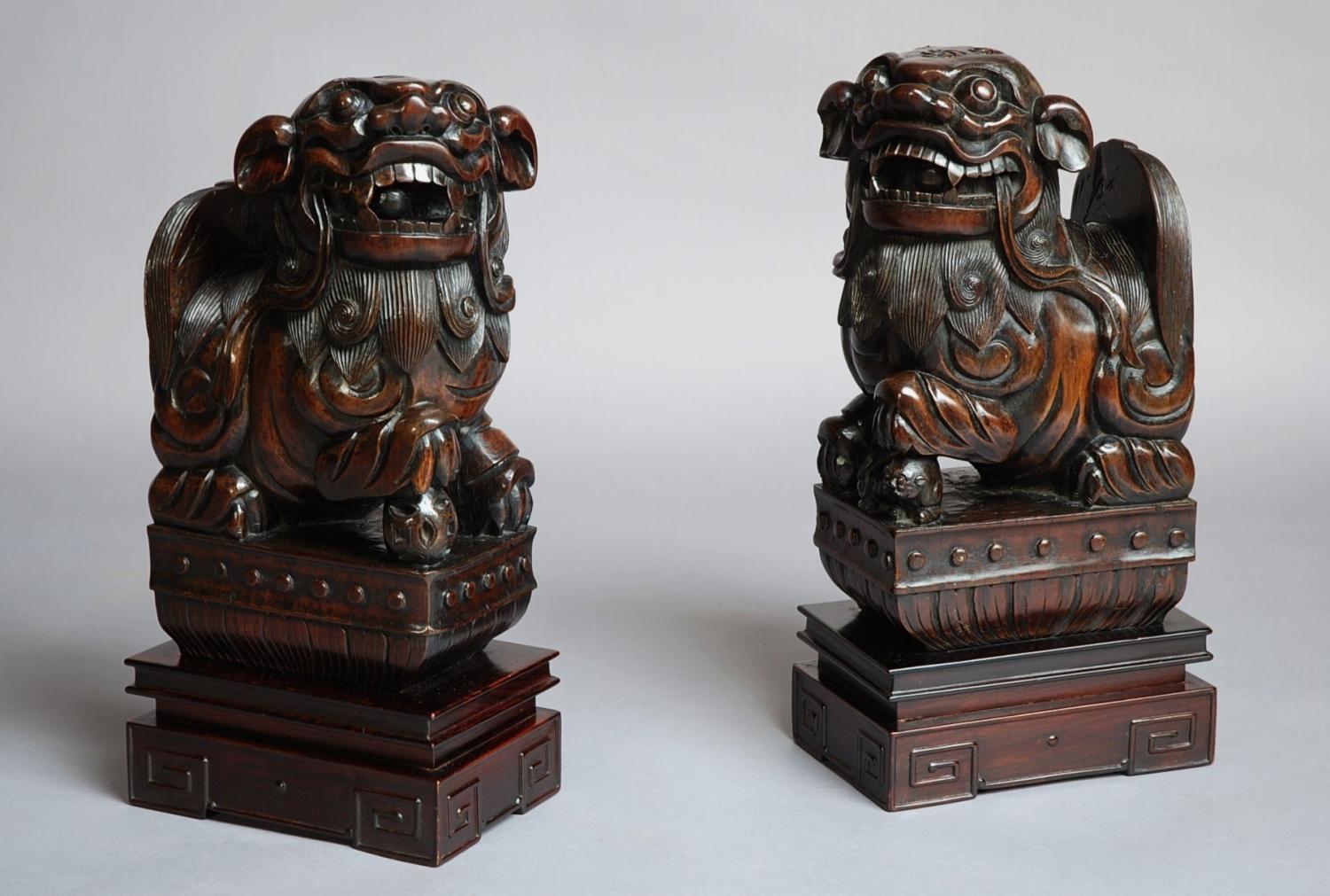 A late 19th century pair of Chinese hardwood Fu Lions of superb quality. FURTHER IMAGES CAN BE VIEWED BELOW:

The 'Fu Lions' or 'Dogs of Fo' are always found in pairs, the pair being a male and a female. The lion is a symbol of majestic strength, courage & strength of character.

These figures symbolize protection and were often found at the entrances to buildings and traditionally stood guarding Chinese Imperial palaces & tombs, temples and important buildings.

The male lion who represents Yang has its paw resting on a ball, the ball possibly representing the moon pearl which symbolizes protection against evil.

The female lion who represents Yin has her paw resting on a lion cub which represents the circle of life.

These figures have a ball in each mouth, this represents a pearl that can roll around the mouth but sized in a way that it cannot be removed.

These figures are in excellent condition and can go straight into a home and / or collection. 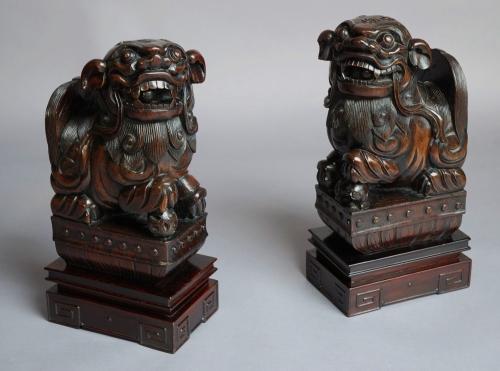 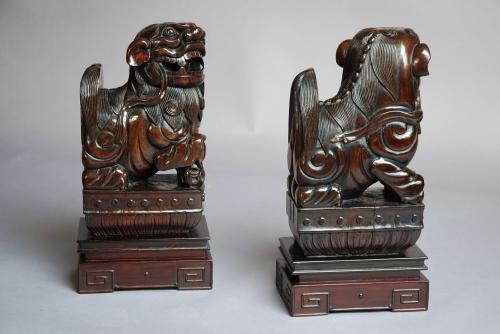 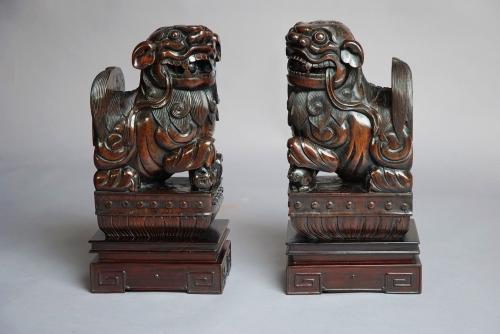 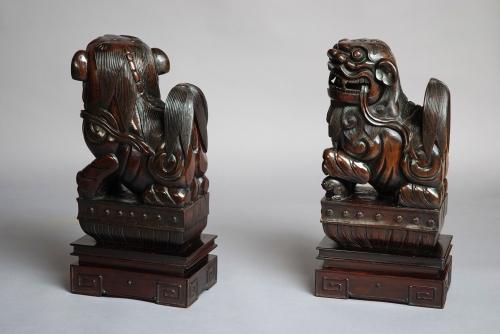 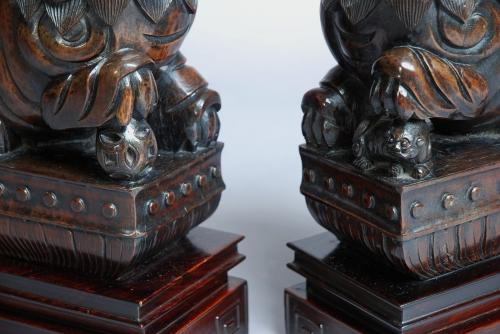 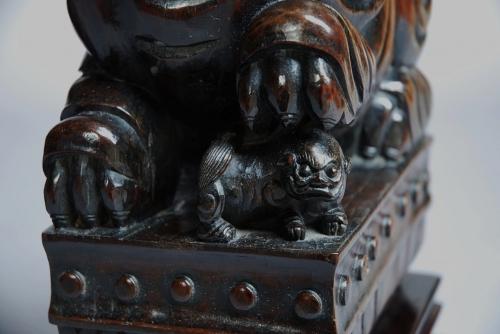 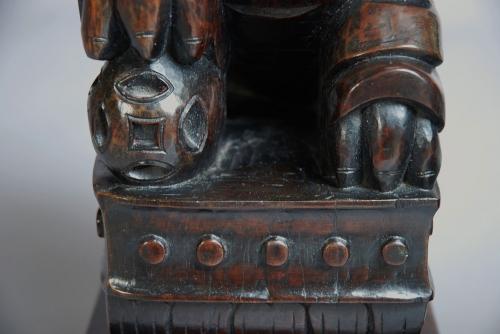 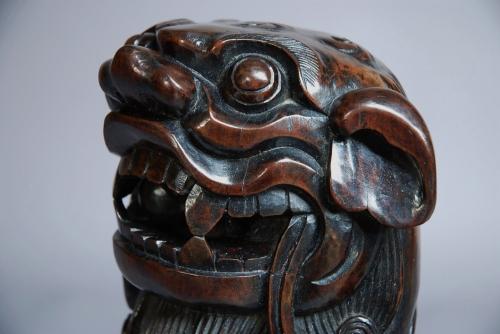 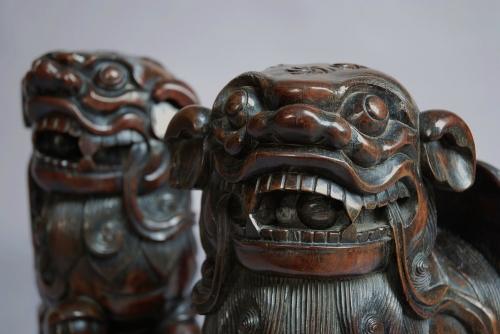 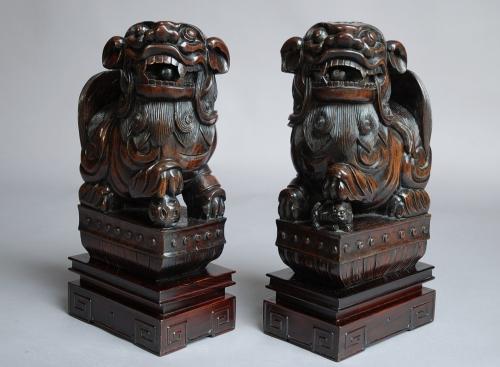 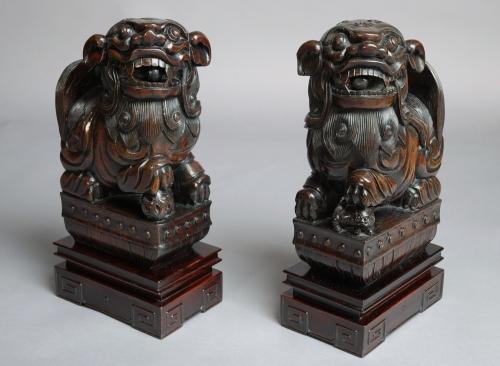