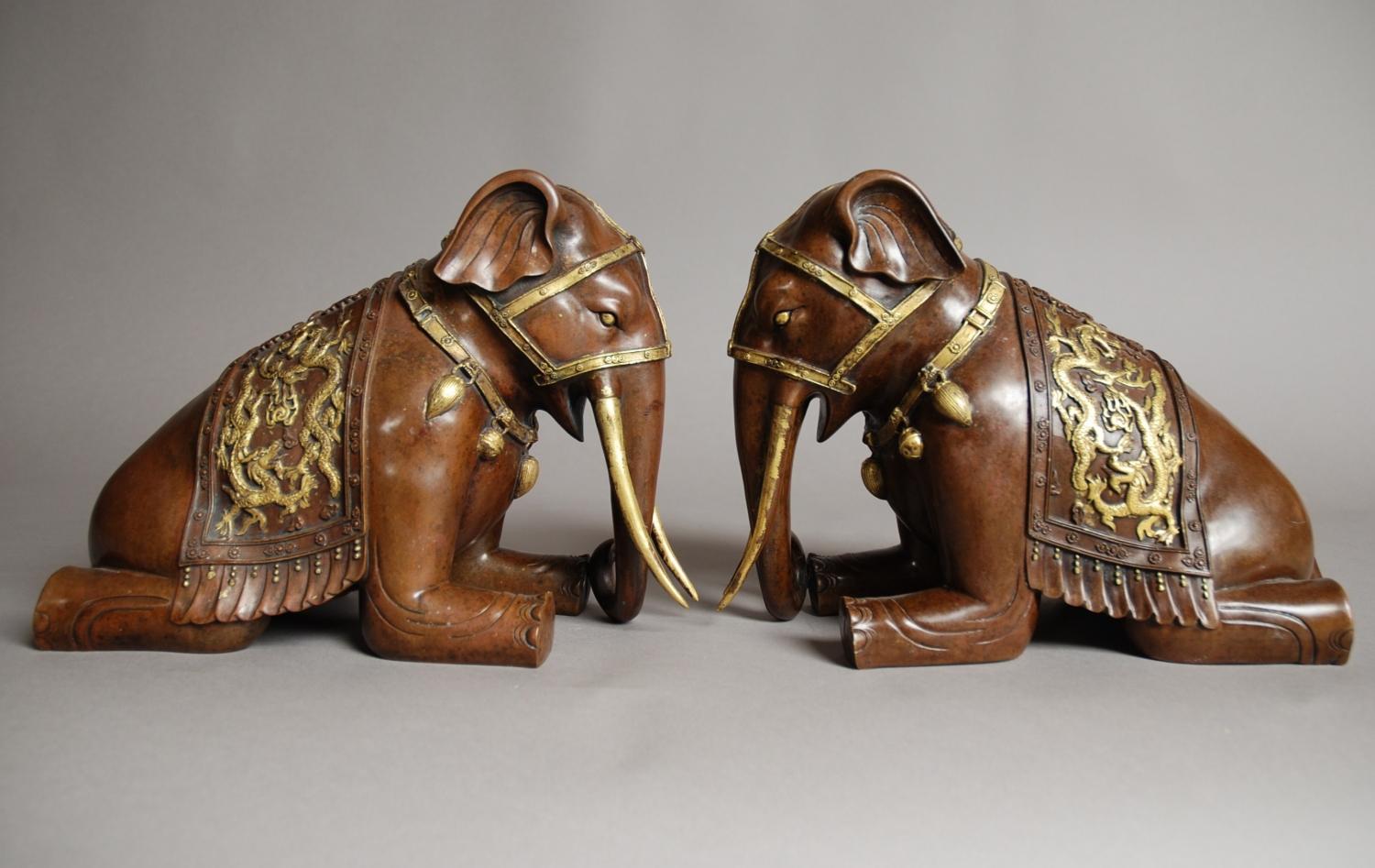 These Indian elephants are often used in Chinese art and are symbols of strength and power.

These figures are based on a large pair of statues of kneeling elephants in 'The Imperial Garden' in Beijing, China.

They symbolize the power of the Emperor as the elephant respects the strength of the leader.

They both have decorated rugs on their backs with gilt dragon designs.

The tusks and other decorations on the elephants are in gilt bronze.

These are both in very good condition and could be either used as statement pieces or even as bookends. 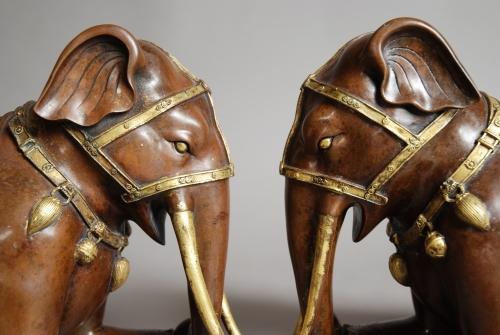 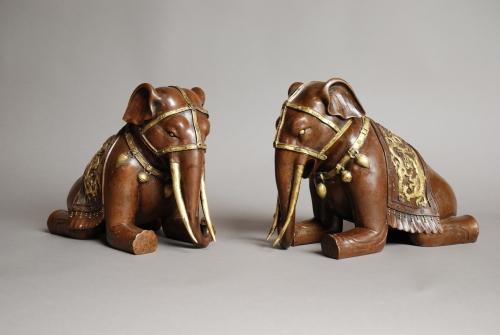 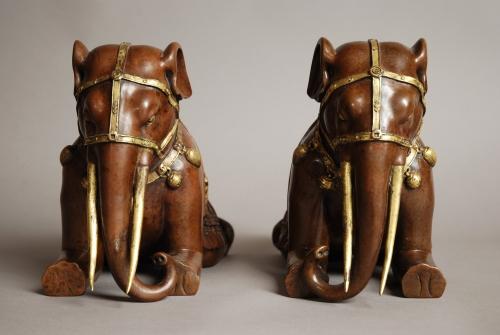 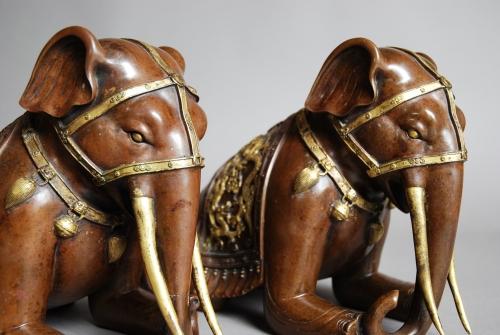 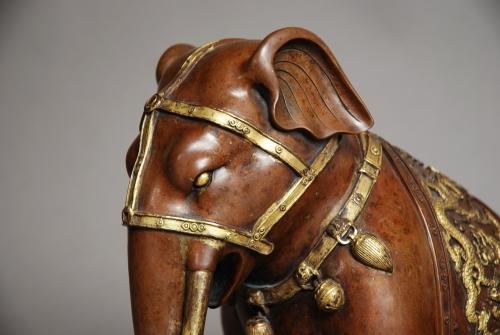 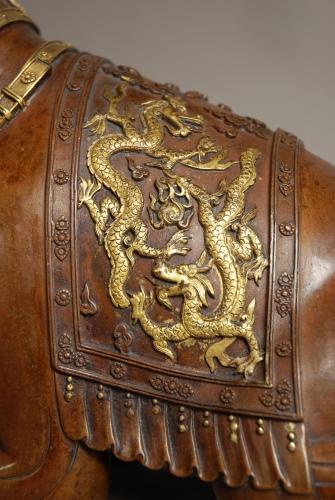 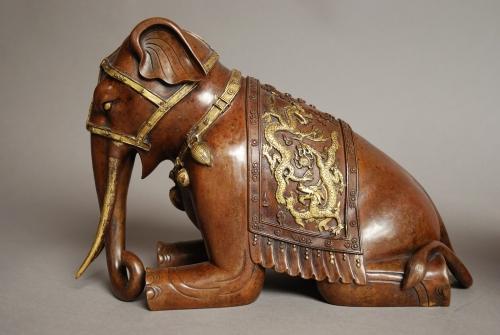 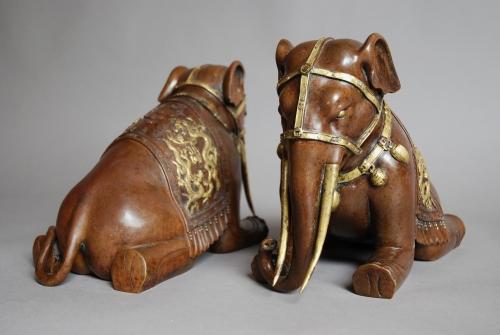 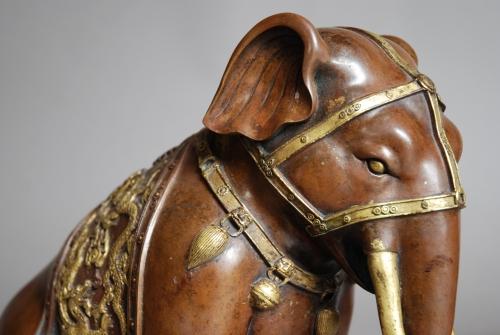 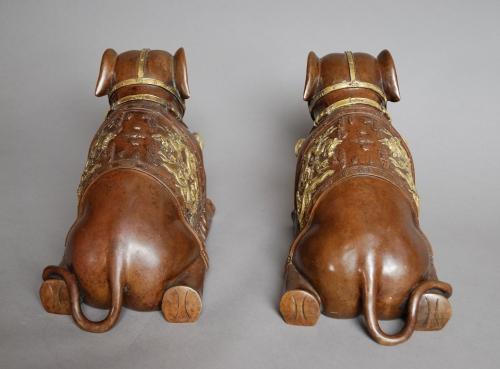 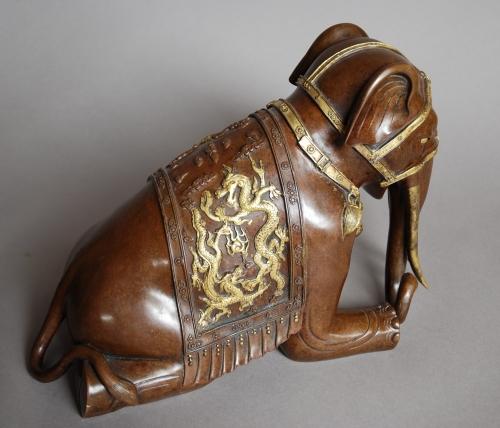