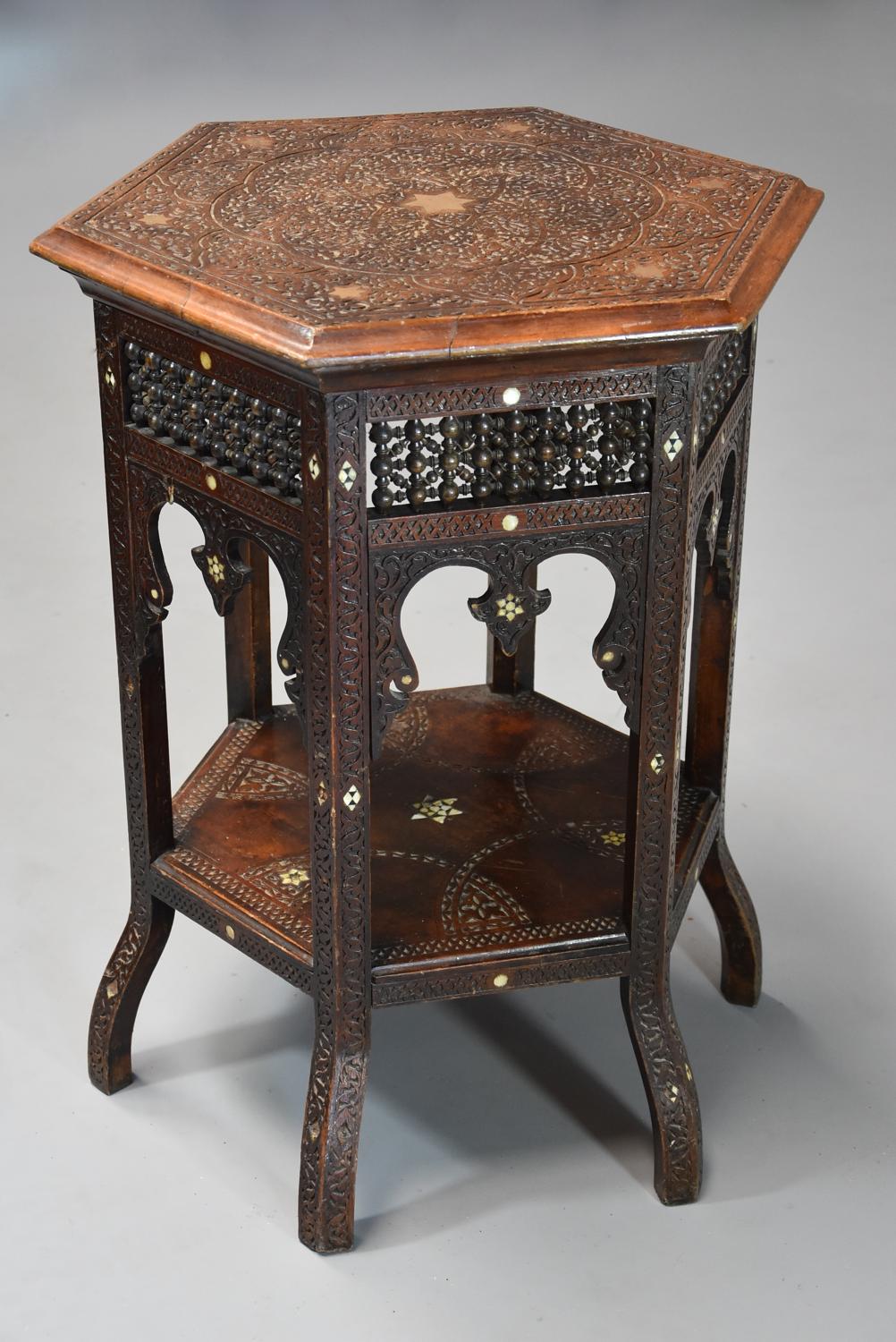 A late 19th century hexagonal Moorish table - ADDITIONAL IMAGES CAN BE VIEWED BELOW:

This table consists of a hexagonal top with carved Moorish design to the top with star decoration and a moulded edge.

This leads down to a decorative frieze with carved designs and mashrabiya panels - this type of decoration was found in many items retailed by Liberty & Co, London in the late 19th and early 20th centuries.

The table is supported by six legs with a hexagonal shelf and outswept feet, the legs of an arcaded design giving the table an architectural influence from the East.

Liberty & Co developed decorating rooms in an 'oriental' style in the 1880's and exhibited various items with styles from Exotic countries.

The first Liberty catalogue known to exist was produced in 1881 and this celebrated Oriental items and also set the fashion for the store for many years.

This table is in good condition for age, is of stable construction and can go straight into a home. 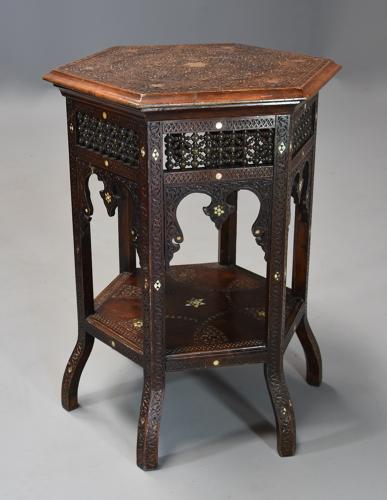 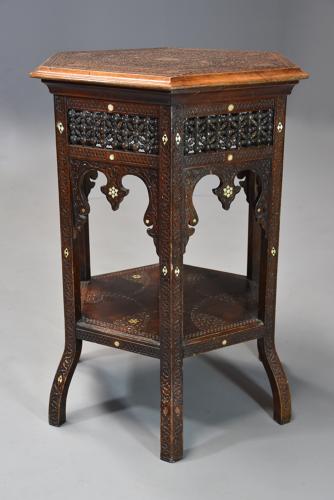 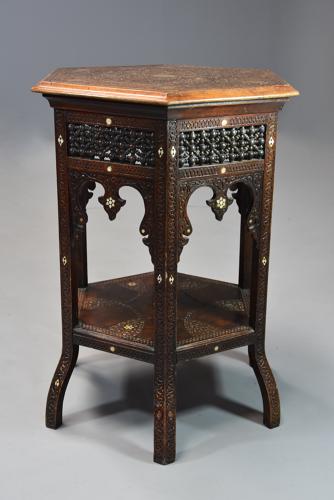 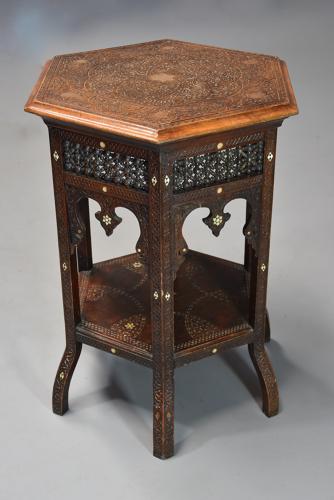 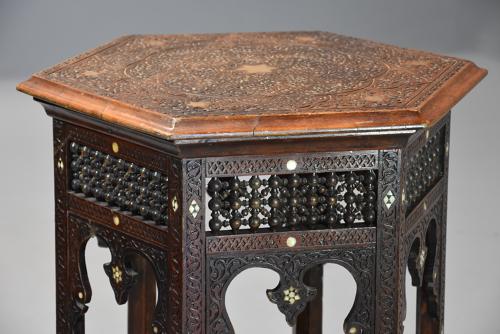 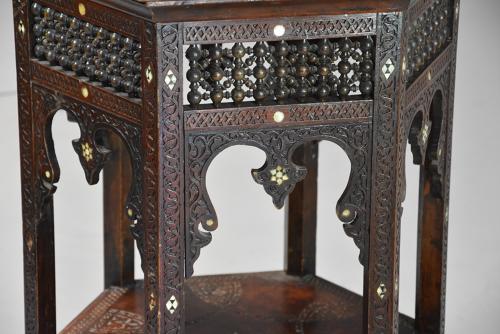 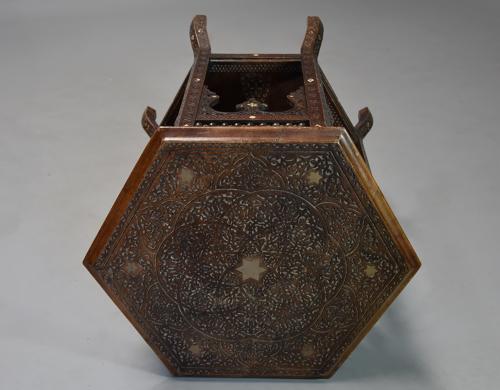 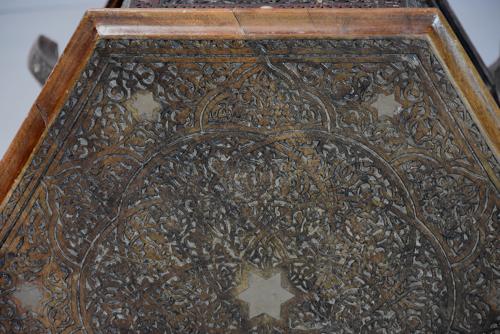 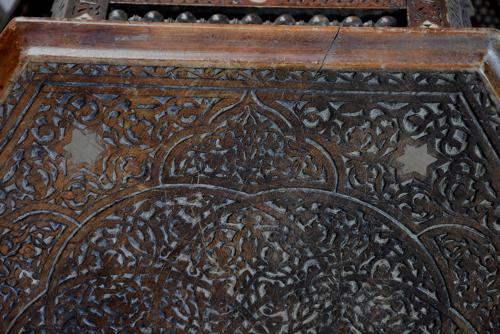