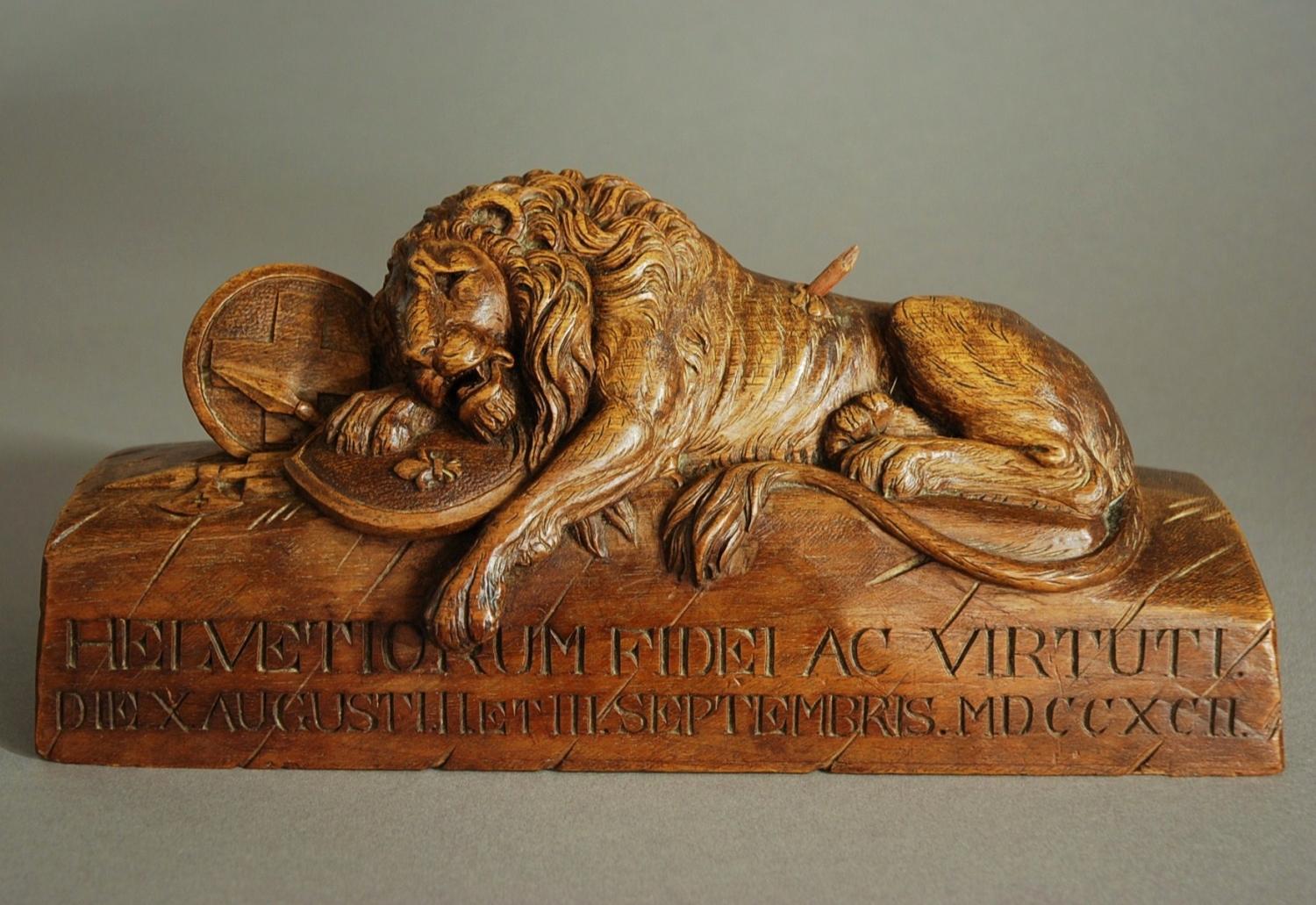 This carving is based on the stone lion monument in Lucerne, Switzerland originally designed by he Danish sculptor Betel Thorvaldsen.

The inscription at the base of this figure translates as Â 'SWISS LOYALTY AND BRAVERY' and below the date '10 August, 2 and 3 September 1792' and this again is taken from the original.Â

This carving is of superb quality and in very good condition. 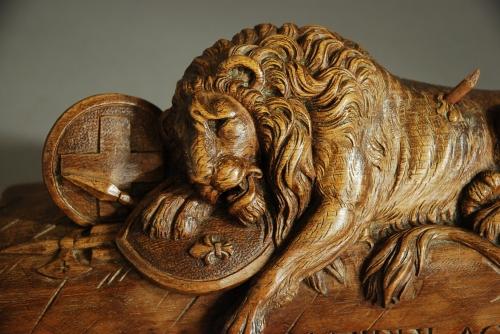 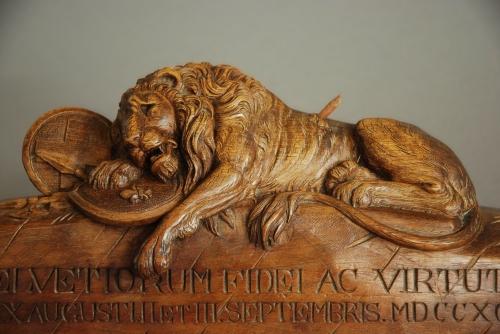 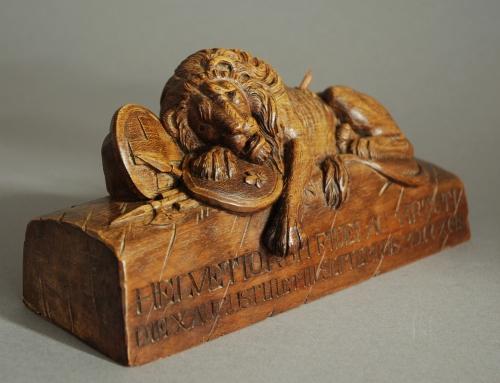 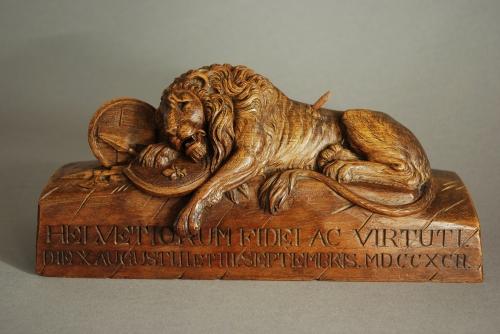 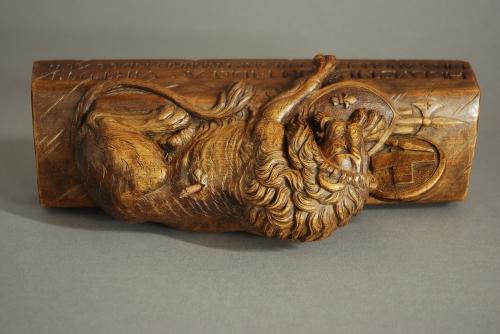 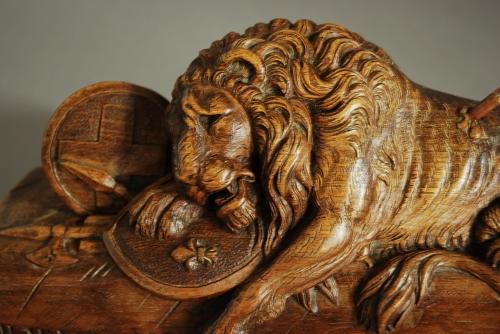 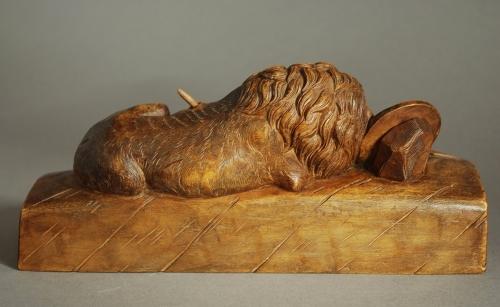 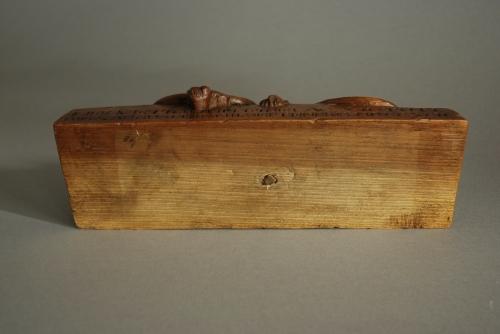