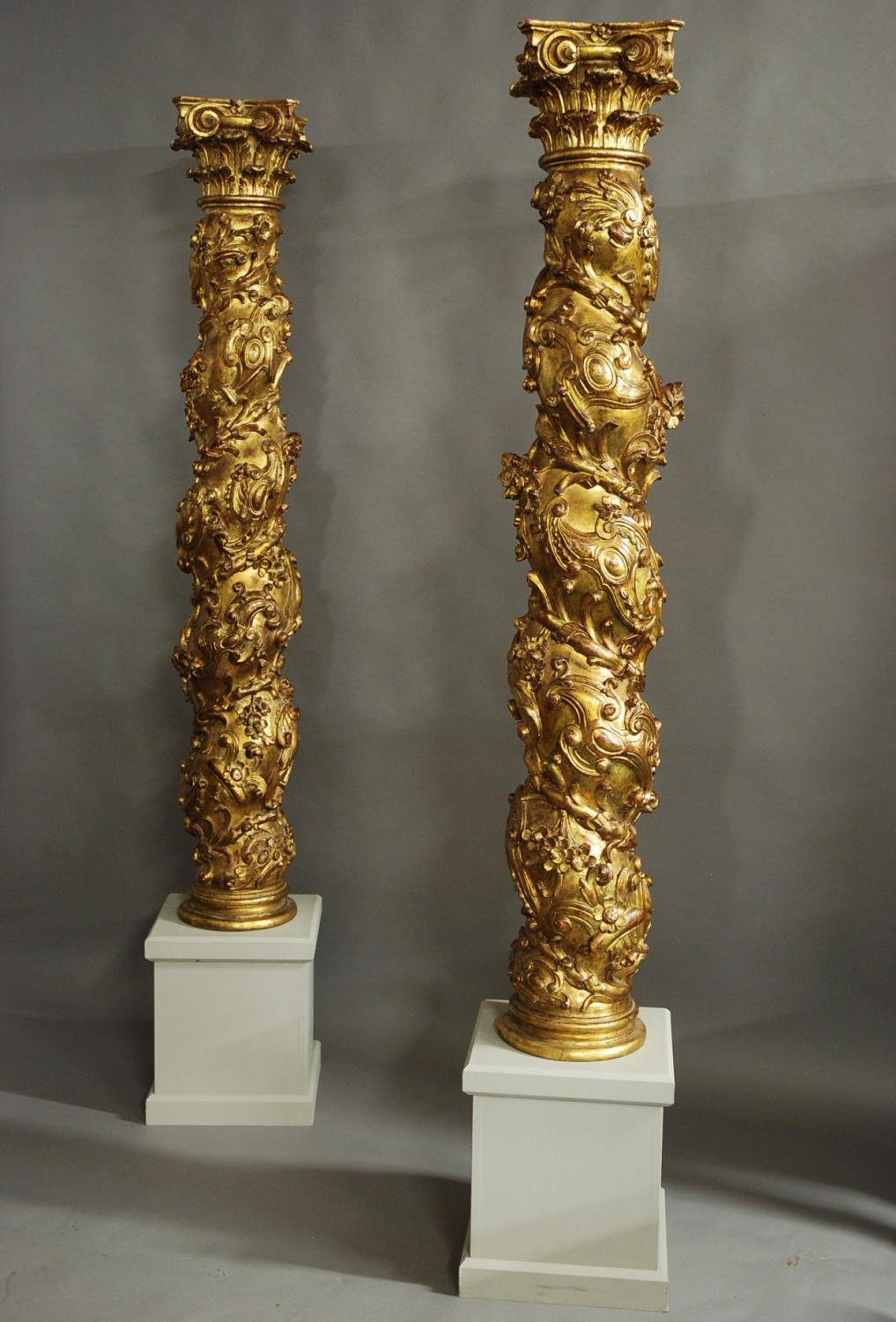 These lead down to circular turned bases, the columns having been applied to square wooden painted stands which add both height and stability.

The Solomonic column is also known as a barley-sugar column or spiral column as it has a twisting or spiral shaft like a corkscrew. This type of column can be found with a capital of various forms, these ones being of Corinthian design.

It is believed that a set of columns from 'The Temple of Solomon' were taken to Rome in the 4th century and used in the original 'St Peter's Basilica', the columns used to decorate the high altar, many such columns as these have been used in altars in Europe particularly in ltaly and Spain.

The Solomonic column was also often used as a feature in Baroque architecture, again commonly used in altar pieces.

The columns are in very good original condition, the gilt work also original and in good condition for age. 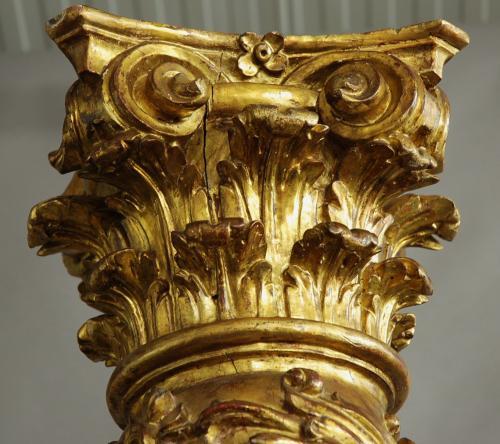 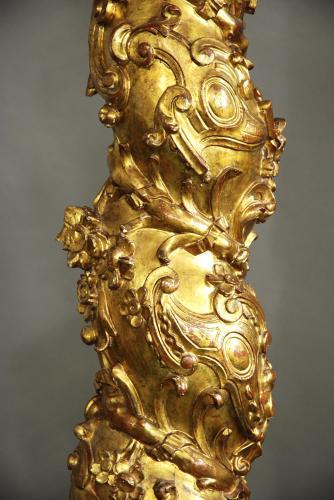 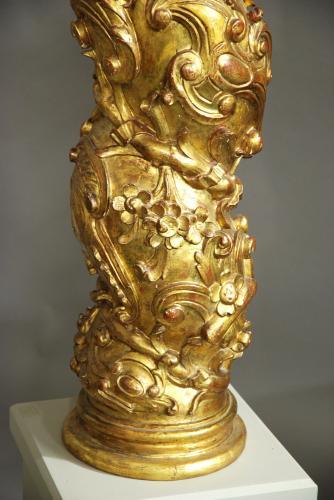 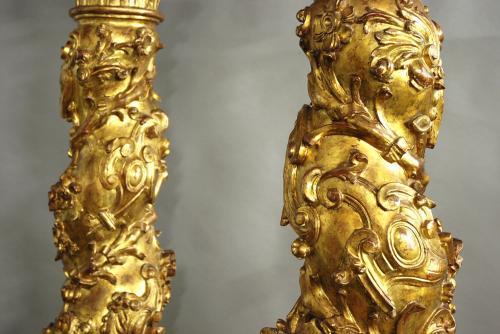 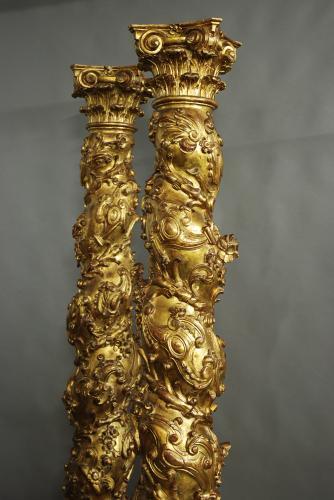 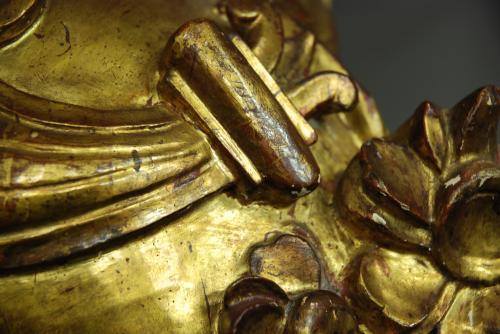 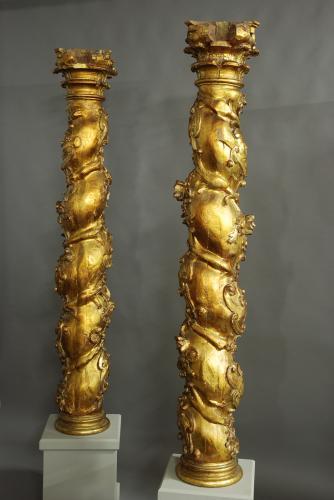 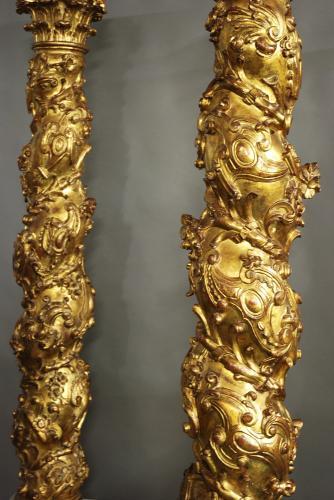 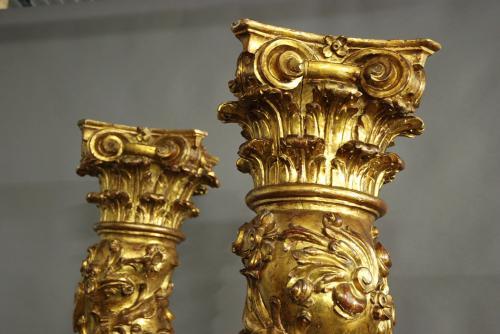