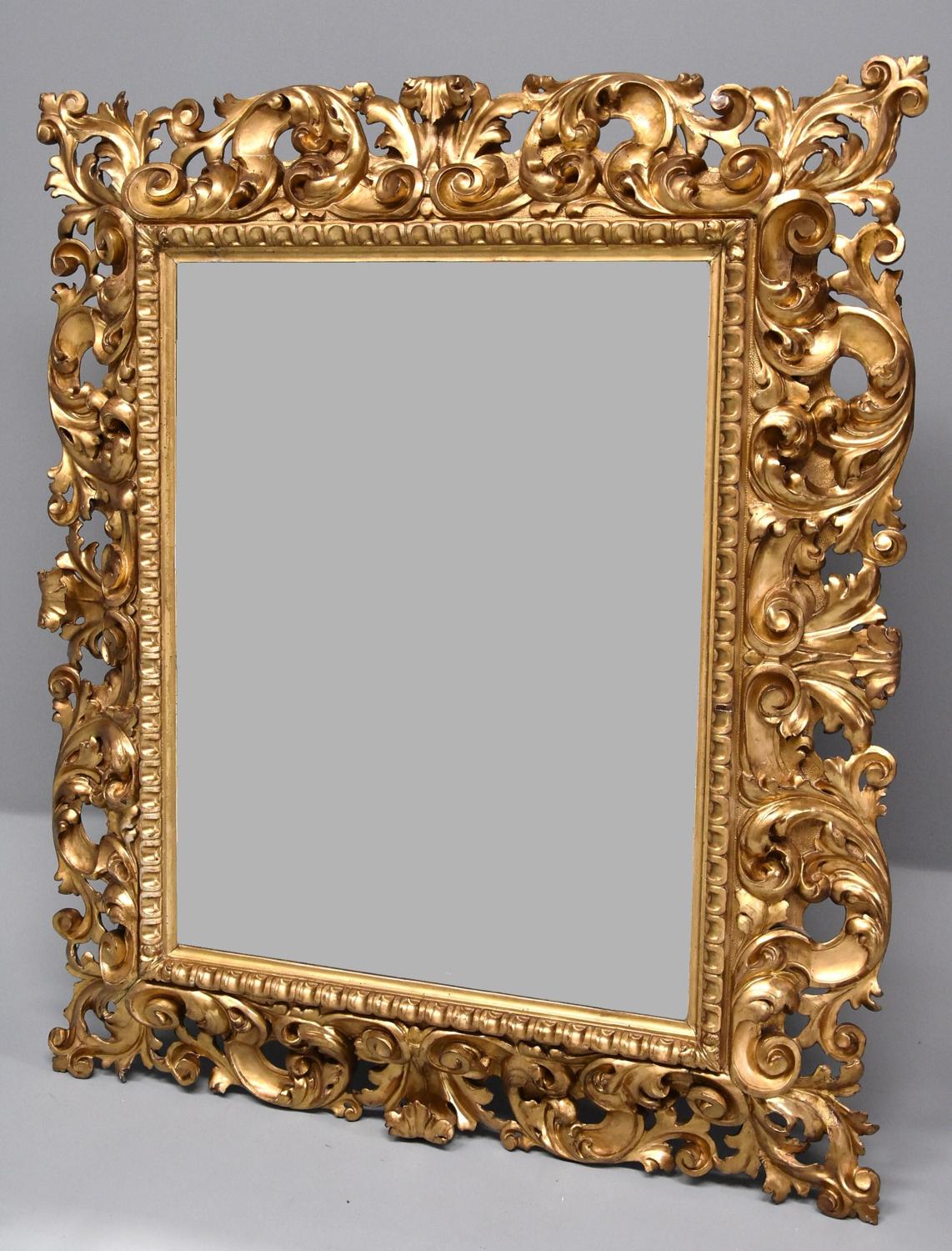 The inner carved frame with leaf decoration to each corner, the bevelled mirror plate in very good condition.

On the reverse of the mirror a handwritten label can be found stating: 'This frame was carved by Serocchi (?), at Florence for the portrait of T. Charles Gandolfi Hornyold 1883, afterwards Duke Gandolfi'.

The Hornyold family can be traced back to before the Conquest, one John de Hornyng Wold, a former Saxon, chief being hanged in 1068 for discontent against the Normans.  The Hornyold Estate passed from Thomas Charles Hornyold (1791-1859) to his nephew John Vincent Gandolfi (1818-1902) in 1859 when John he added the Hornyold name. The Gandolfi family were of Italian descent but had settled in England in the 18th century and were wealthy silk merchants. Thomas Charles II Gandolfi Hornyold (1846-1906) was the son of John, in 1898 John made over all his estates to Thomas Charles II who in 1899 was granted the title of Duke Gandolfi, they were both involved with expanding their estate over many years.

In our opinion although the frame was originally carved for a painting the bevelled mirror plate undoubtedly has age and is probably around one hundred years old.

This mirror is in very good condition for age and can go straight into a home. 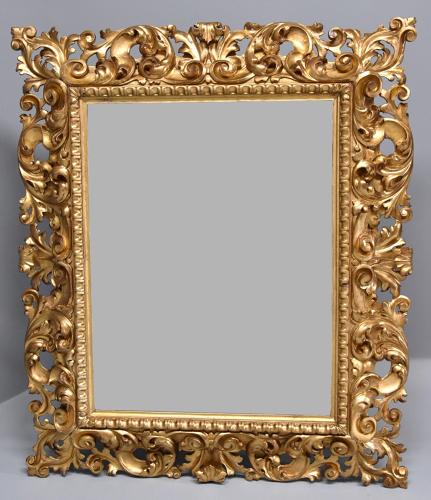 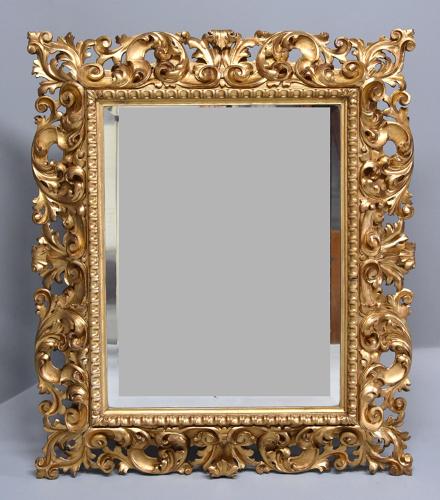 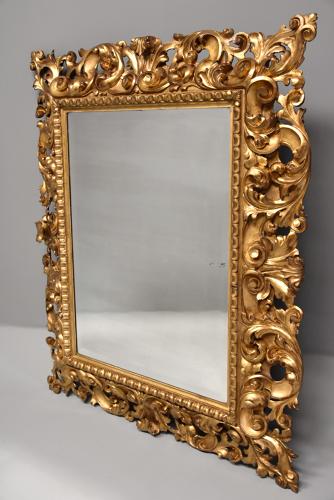 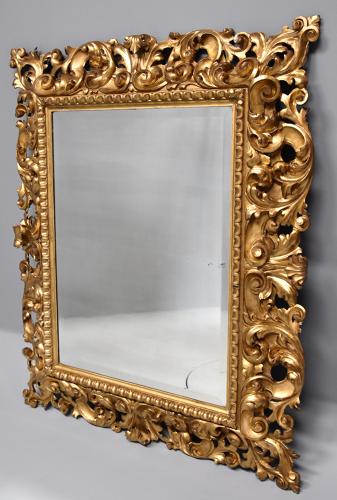 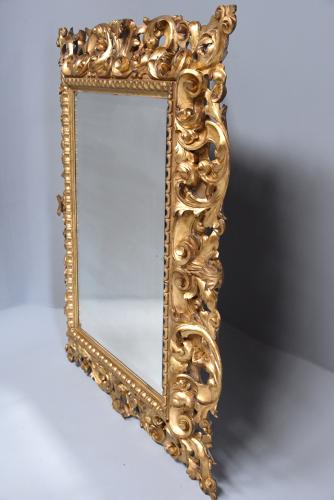 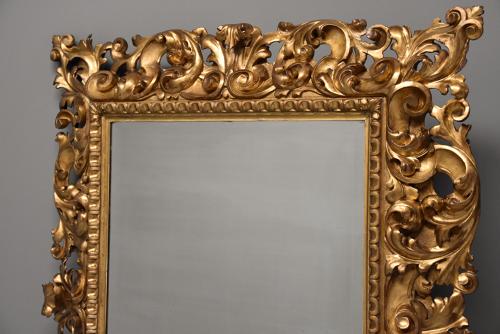 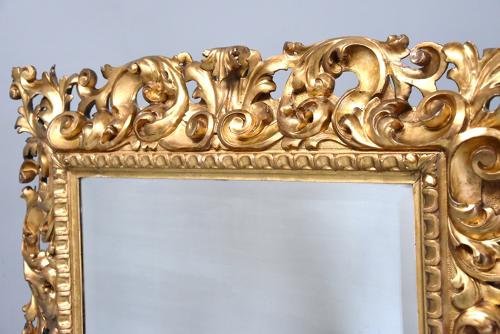 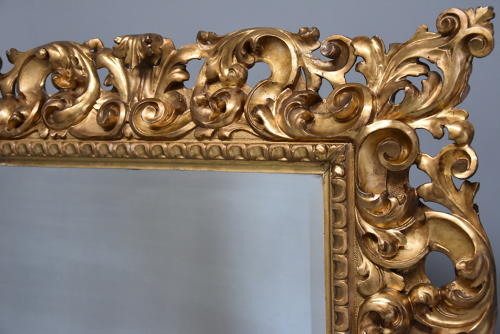 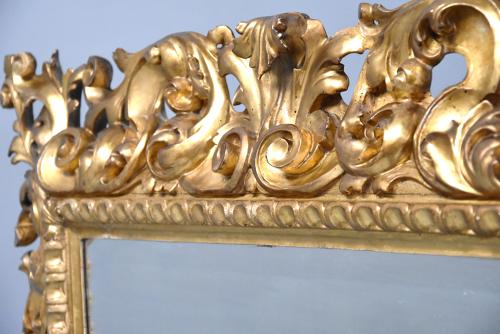 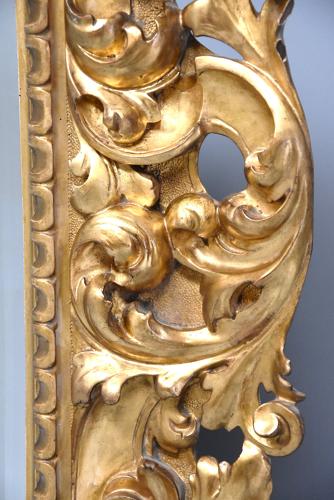 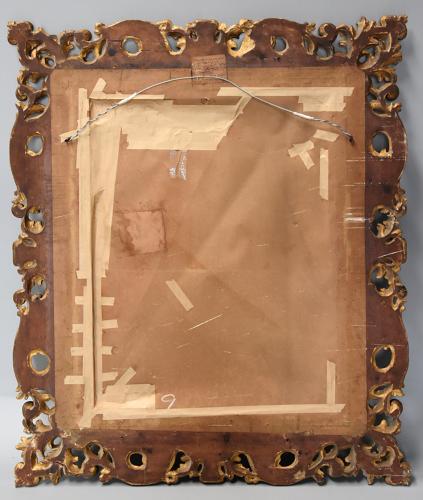 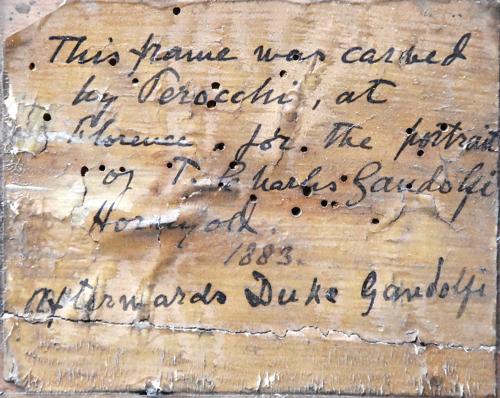