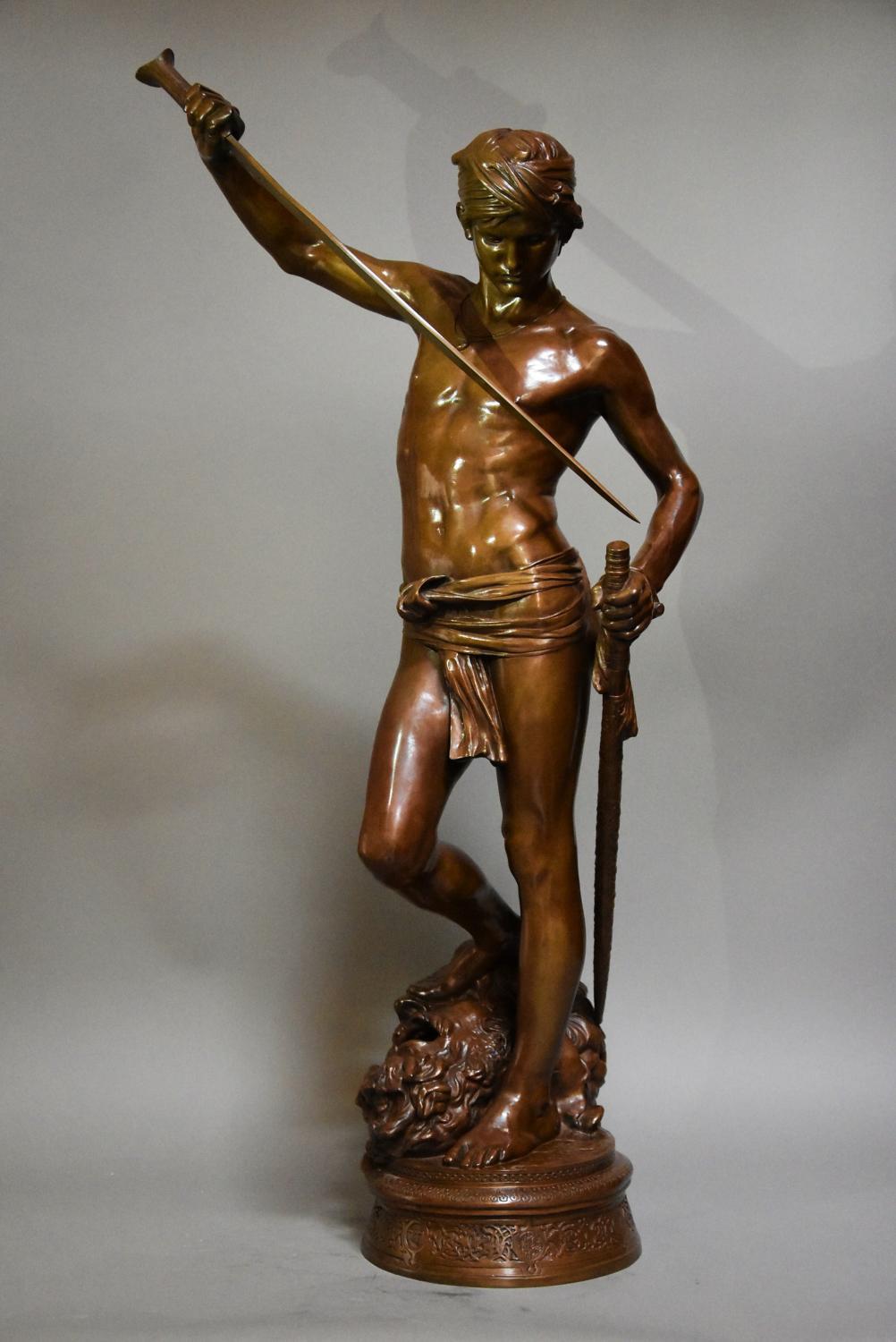 This figure also known as 'David with the head of Goliath' portrays the young David, calmly victorious, lifting the large sword of Goliath into it's sheath with one foot resting on the severed head of Goliath, the handsome form of David being in stark contrast with the bearded and unkept head of Goliath.

Antonin Mercie originally sculpted this figure as a nude and the figure won him various awards and prizes some whilst still studying at The French Academy in Rome. Mercie enjoyed a long and succesful career undertaking many commissions and became a very famous sculptor, he was regarded as one of the finest sculptors of the 19th century and his figure of David one of his best.

The original sculpture was life size, being 185cm in height for the 1872 Salon and this can be found in the Musee D'Orsay in Paris, France.

This work is one of the most famous sculptures cast by F. Barbedienne and was cast in various sizes, this one being one of the largest, Barbedienne decided to produce their casting clothed with David wearing a loin cloth. This bronze is a reduction cast by the famous Parisian foundry and bears their signature and also the Collas reduction stamp.

The Barbedienne foundry was set up in 1838 by Ferdinand Barbedienne and Achille Collas, Collas invented a machine to create smaller bronze figures from statues of Greek & Roman origin in particular. This foundry produced many fine pieces over the years and worked closely with many artists, two of the most famous being Barye and Rodin.

This bronze is in excellent condition with a good patina and can go straight into a home or collection. 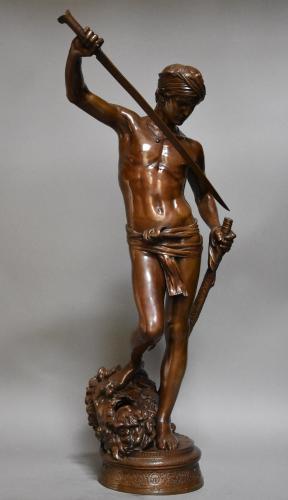 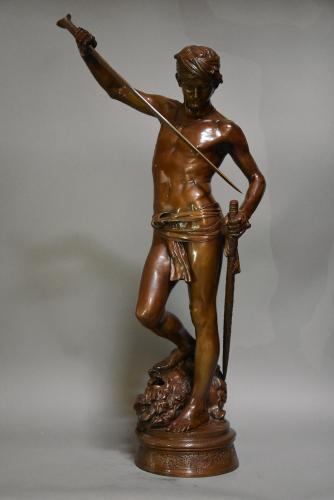 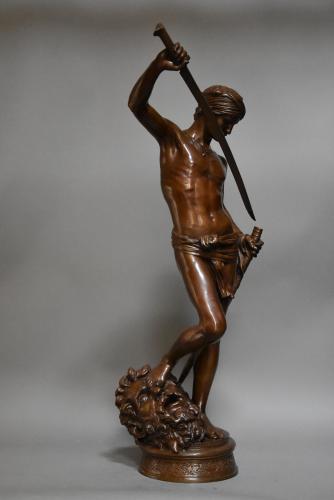 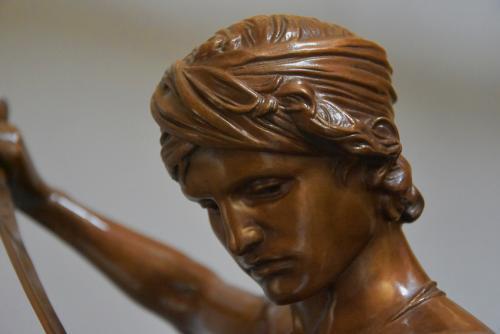 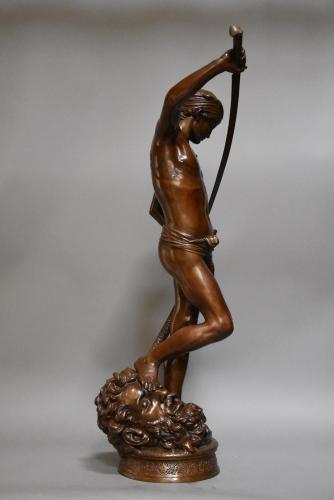 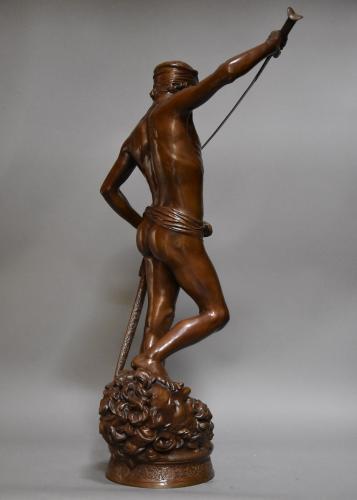 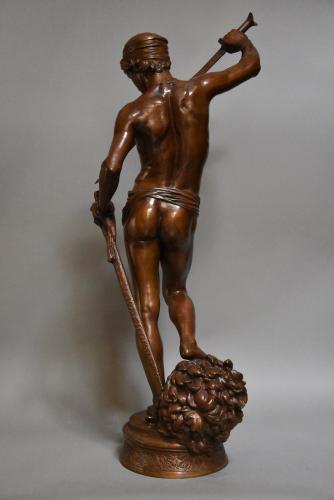 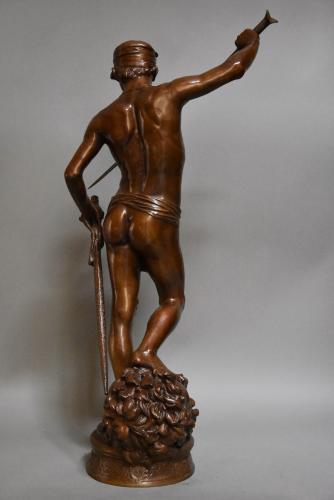 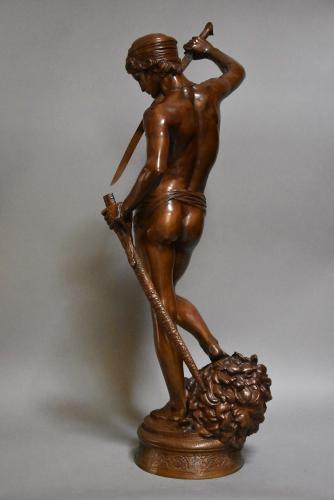 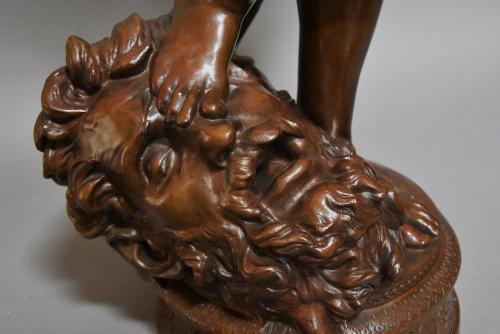 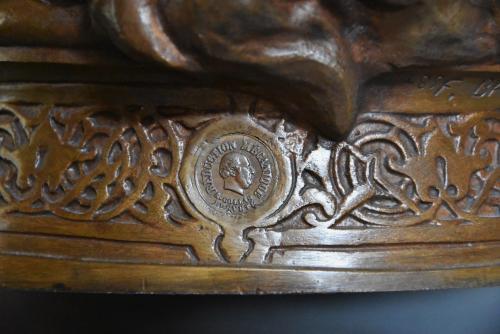 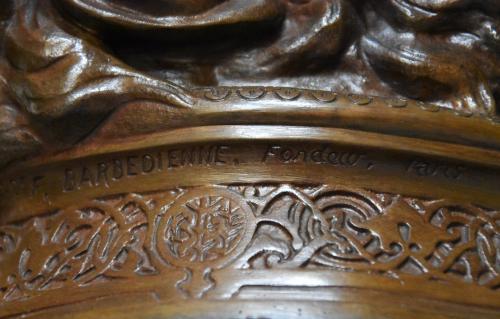