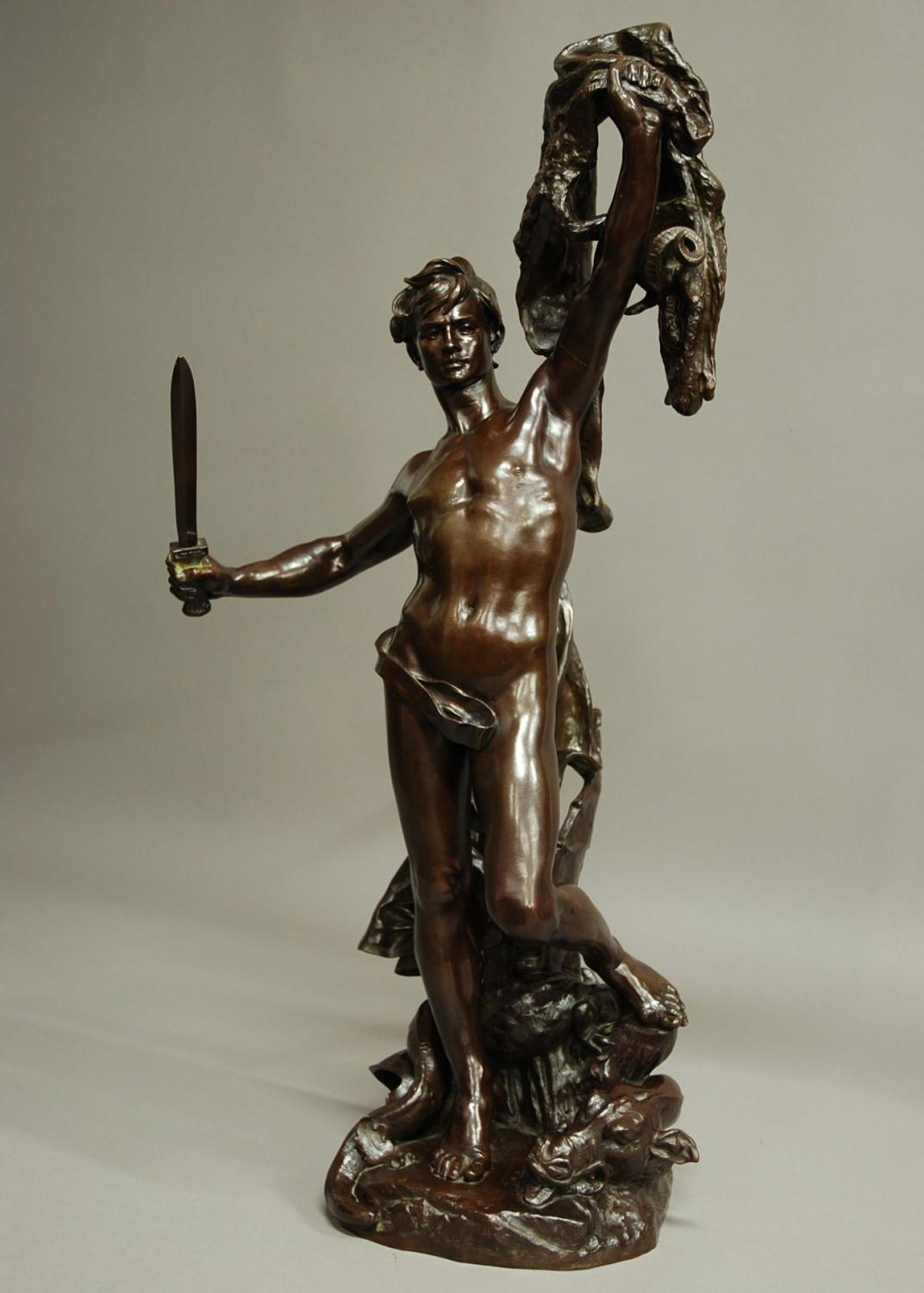 A large bronze of 'Jason and the Golden Fleece' by Alfred Desire Lanson (1851-1898). ADDITIONAL IMAGES CAN BE VIWED BELOW:

This bronze has a rich dark brown patination and is in excellent condition dating around 1895.

The figure is portrayed with a sword in his right hand, holding the fleece aloft in his left hand with his helmet and mythological beast to his feet.

This figure was originally produced as a plaster sculpture for the Salon in 1876 and was later cast in bronze.

There is a foundry mark inscribed 'Susse Fres Edts Paris', the Susse company started casting bronzes in 1839 and cast three sizes of this model, this being the largest and most impressive of the three. The company regarded the 'Jason' to be one of its most prestigious pieces and this certainly can be seen in the quality of this bronze.

Jason, the ancient Greek mythological hero was also the famous leader of the Argonauts and their search for The Golden Fleece.

The Golden Fleece was a symbol of Kingship and authority and if Jason found it he could reclaim his fathers kingdom - after various adventures and tasks he was able to seize the fleece.

This is a fine example of this subject and is in excellent condition. 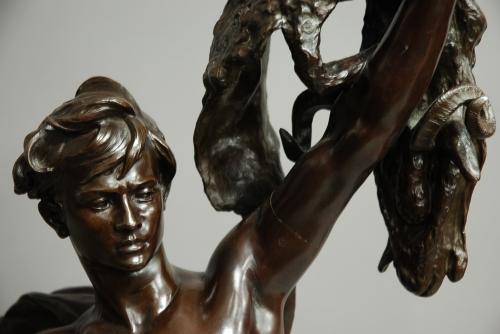 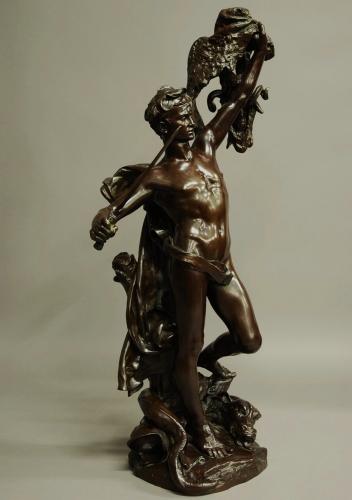 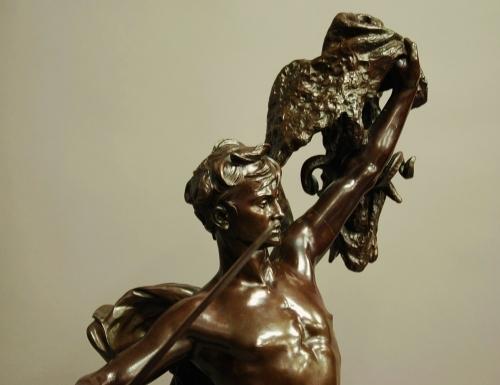 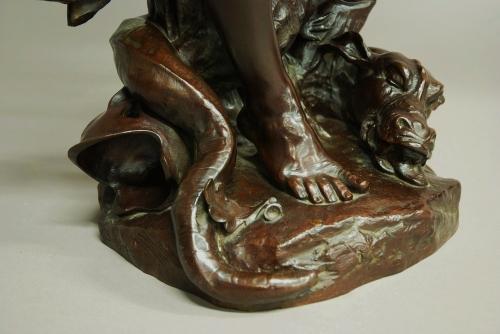 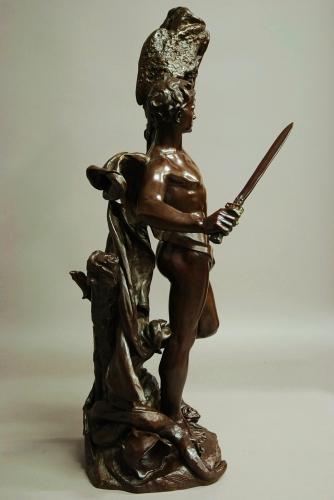 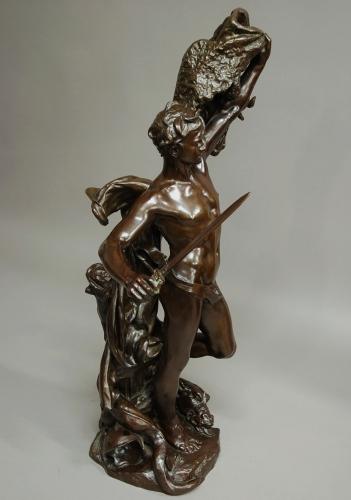 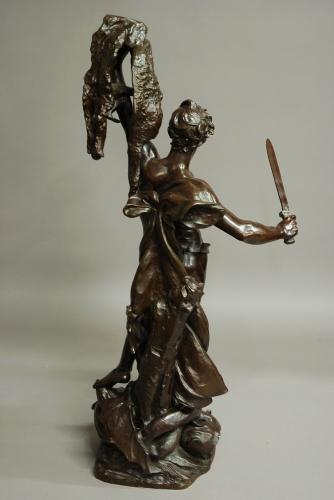 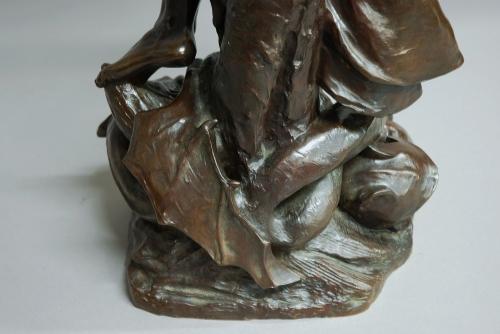 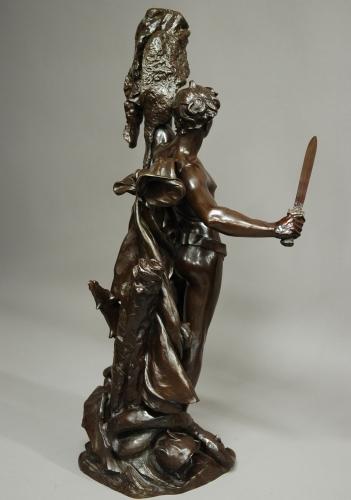 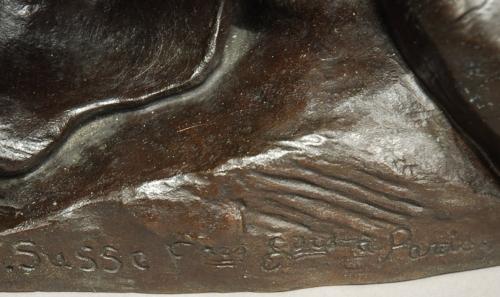 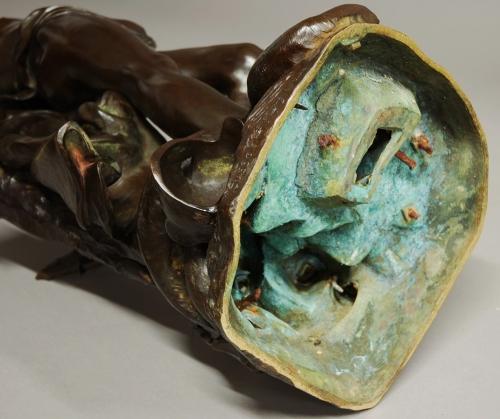 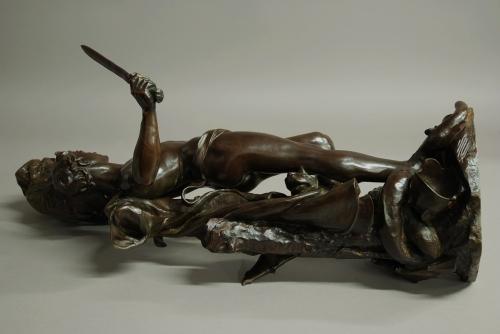