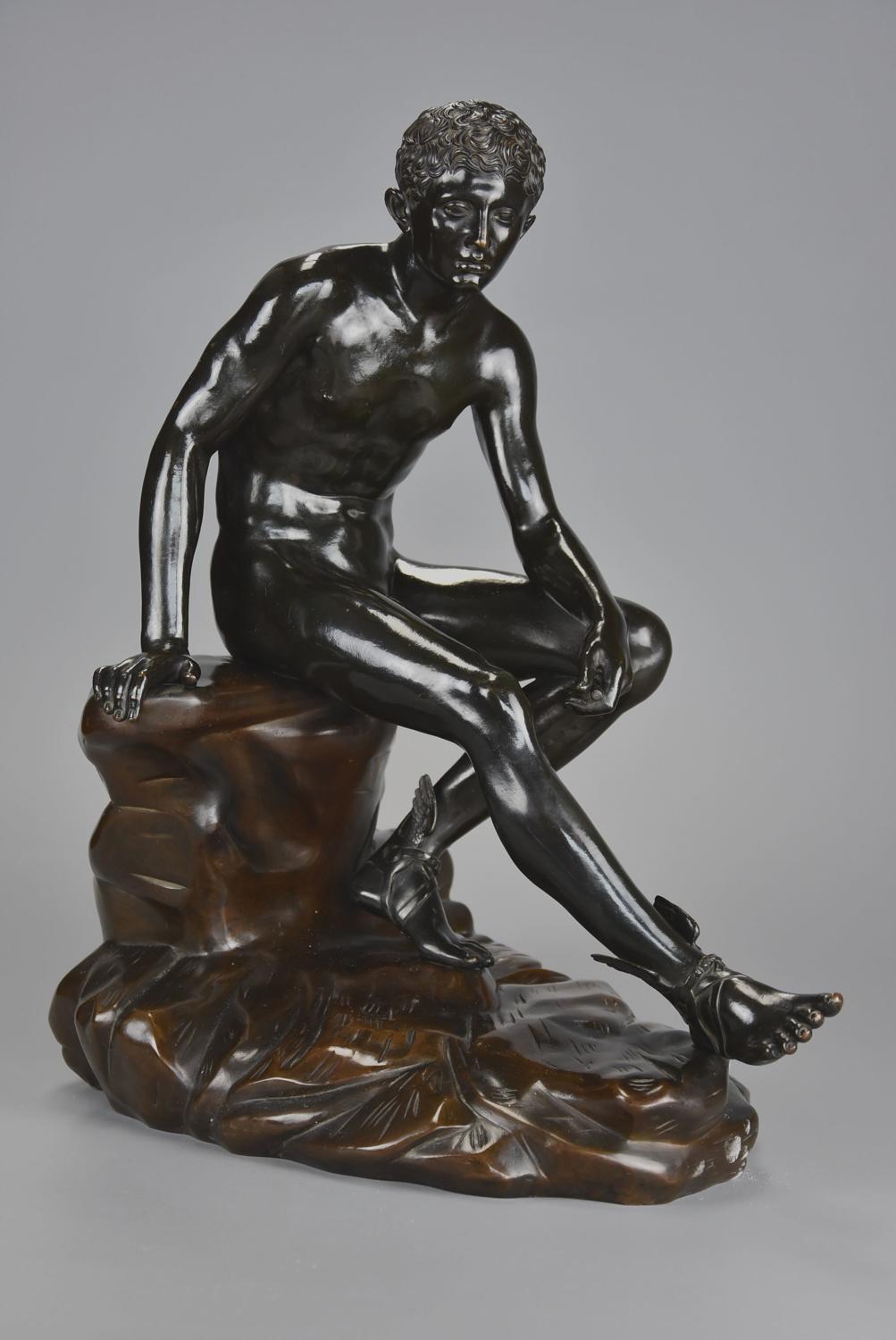 This figure of Hermes (or also known as Mercury) is seated on a stylised rock of brown patination, with one hand resting on the rock, the other on his knee, wearing sandals with wings.

The bronze 'Seated Hermes' found at the Villa of the Papyri' in Herculaneum in 1758 can now be seen at The National Archaeological Museum of Naples in Italy, this figure being one of the most celebrated works of art discovered at Herculaneum and Pompeii in the 18th century. 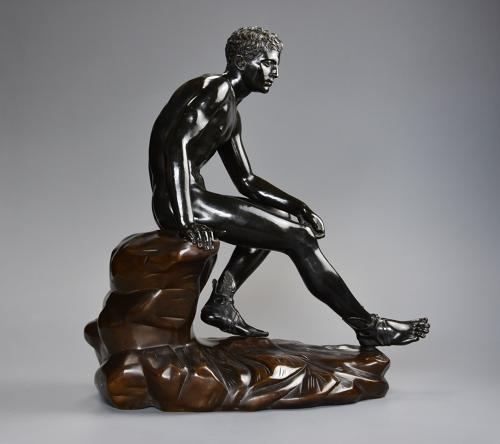 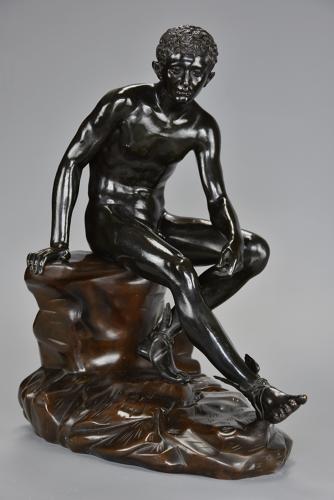 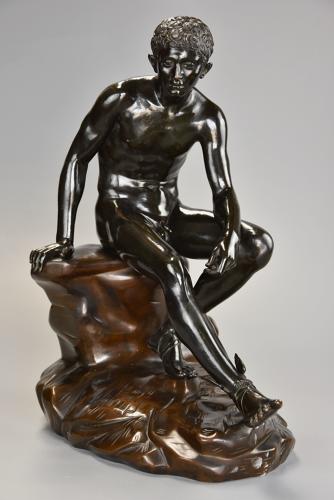 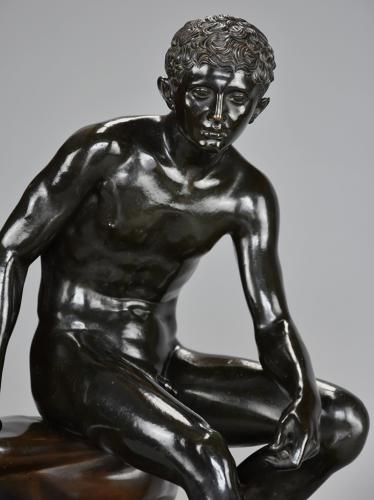 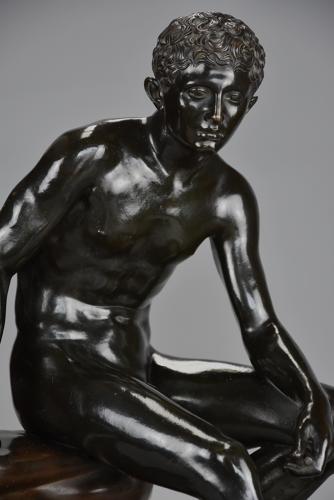 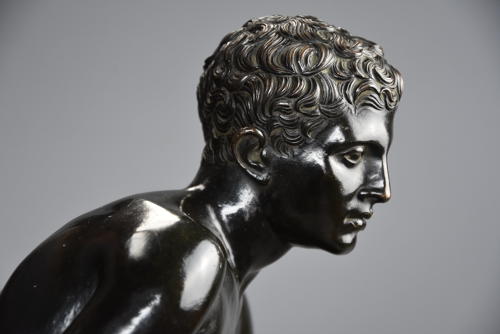 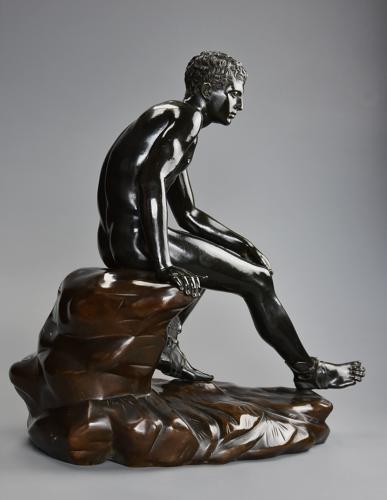 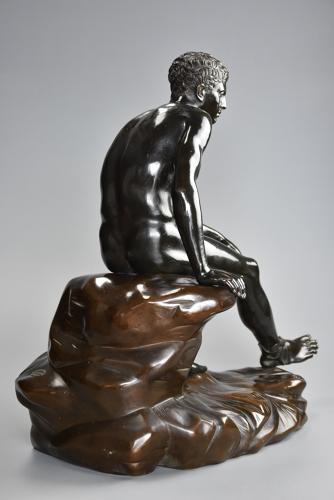 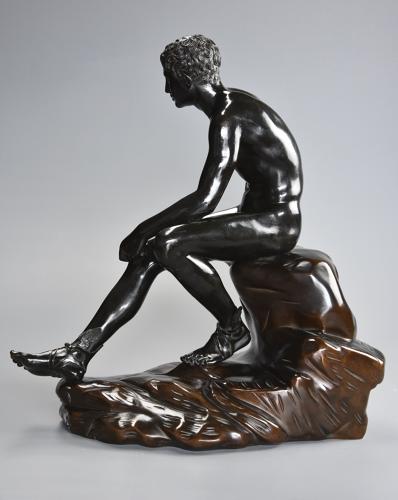 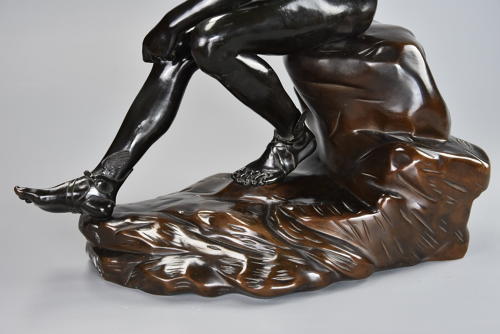 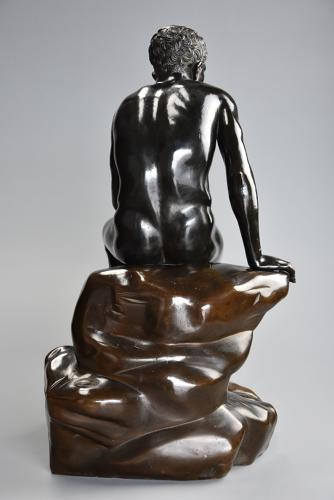 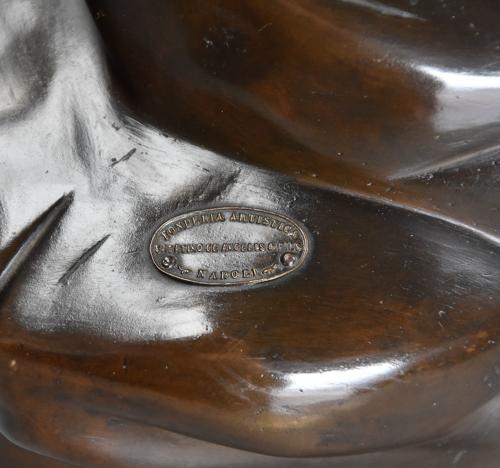