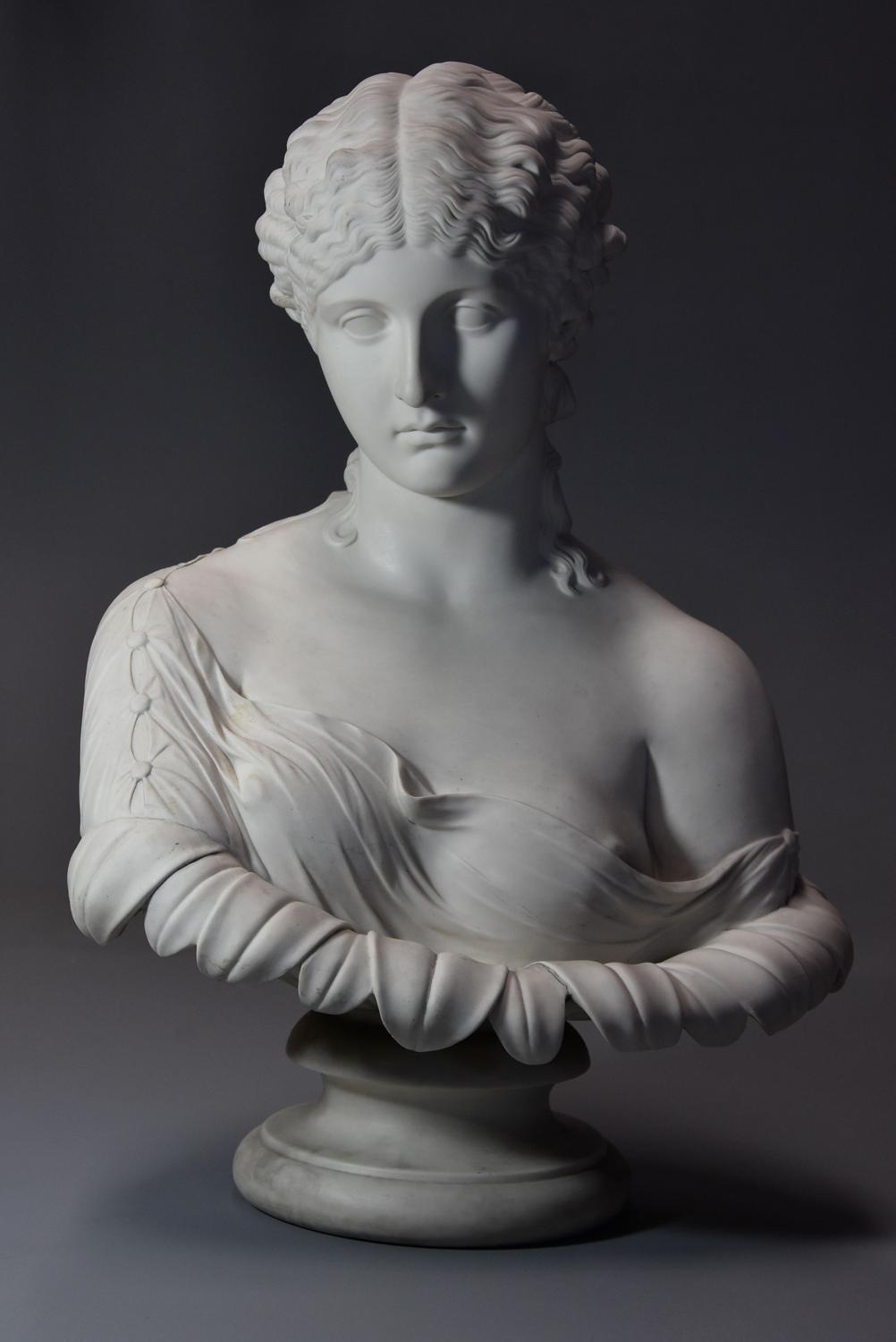 This super figure depicts ‘Clytie’, her hair in Classical elaborate Roman style wearing traditional stola (traditional Roman dress) with button decoration and leaf decoration below, all supported on original socle with ‘COPELAND’ stamp to the base.

Clytie was the daughter of Oceanus, a sea nymph who was changed into the plant Heliotropium (a flowering species of the borage plant) for her unrequited love of Helios, the Sun God.

The parian bust of ‘Clytie’was reproduced by C.Delpech, after the Roman marble bust, it was exhibited by the Copeland showroom in New Bond Street, London in 1859 and was given high acclaim by the Art Journal being produced in two sizes, this one being the larger. It was later commissioned from Copeland by the Art Union of London in 1861, the sponsorship from the Art Union encouraging support from other art unions and helping with the popularity of ornamental items and sculptures sold directly to the public.

Copeland and Garrett developed ‘parian’ in the early 1840’s, it was a high quality unglazed porcelain and enabled smaller sculptures that had the appearance of marble to be produced and then purchased by general members of the public. Various sculptures were exhibited by Copeland at The Great Exhibition in 1851 and this stimulated demand for these figures, various art unions helping with promoting and sponsorship over the next forty years.

This figure is in excellent condition for age, is of stable construction and can go straight into a home. 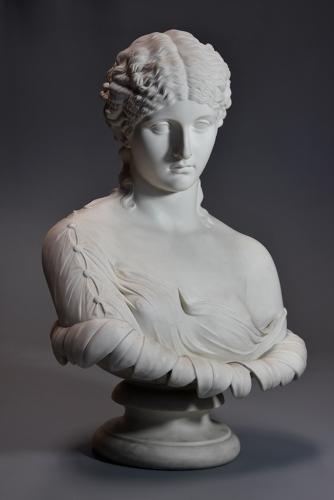 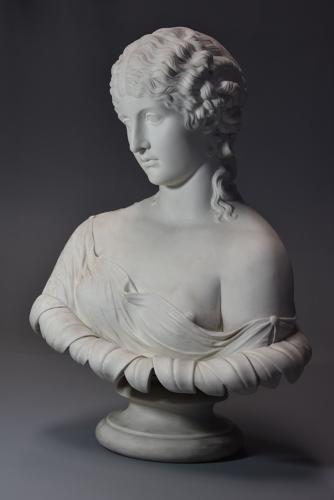 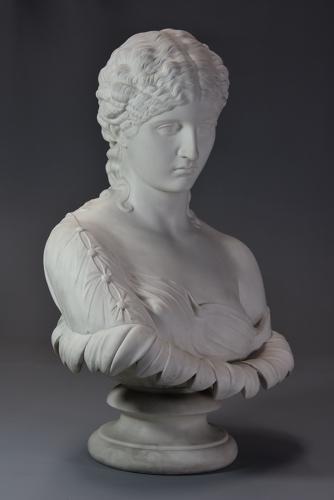 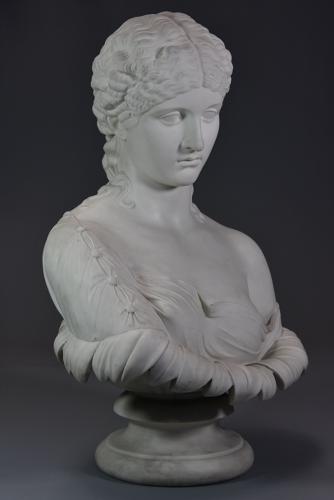 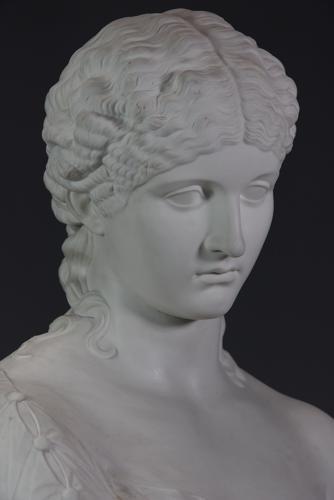 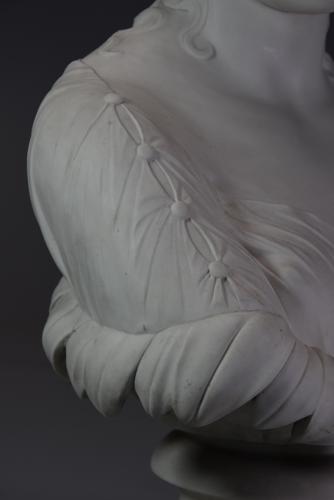 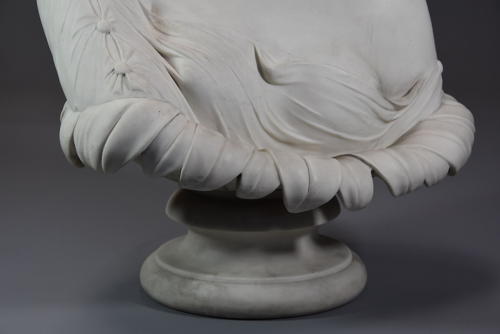 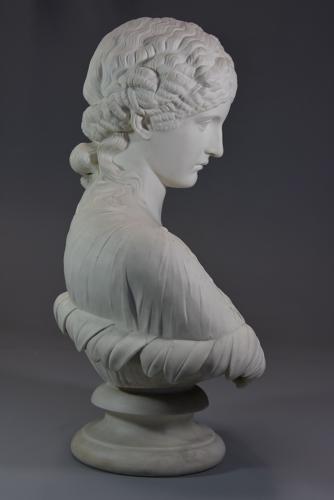 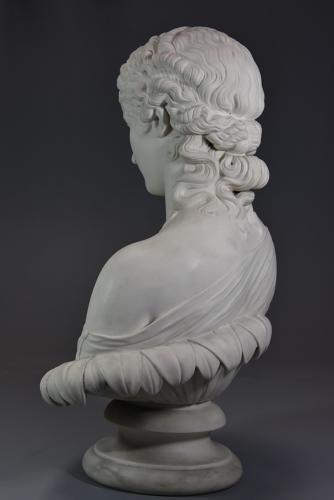 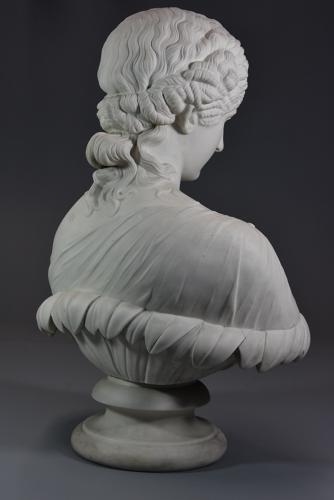 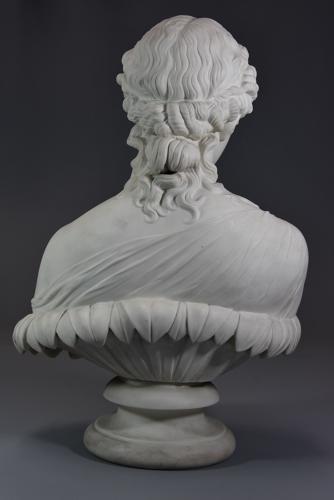 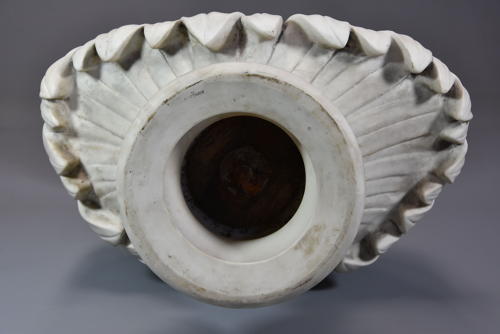