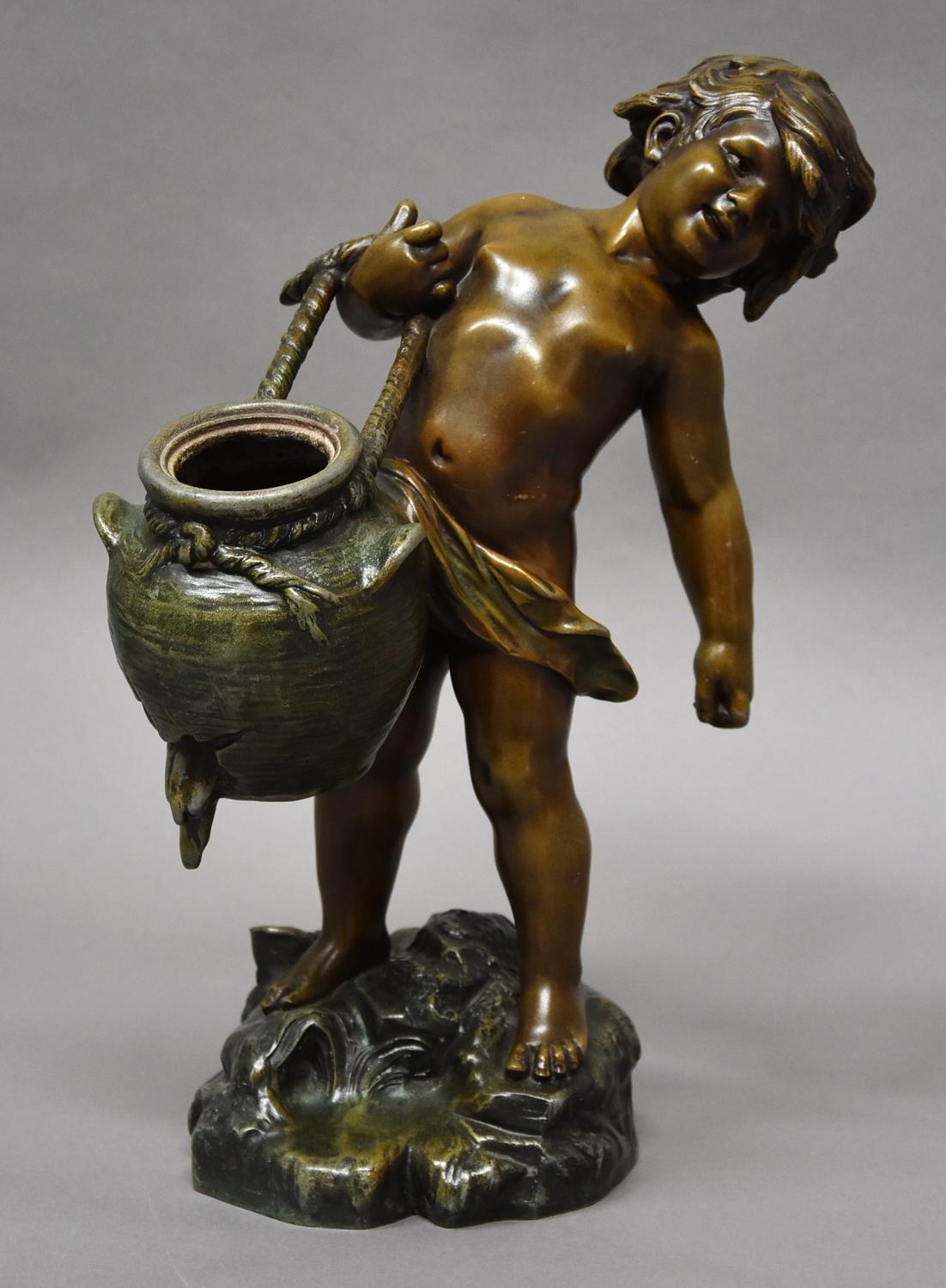 This figure portrays a young boy struggling to carry a pot of water which is leaking standing on a naturalistic base.

The figure is signed Auguste Moreau and also has a foundry stamp. 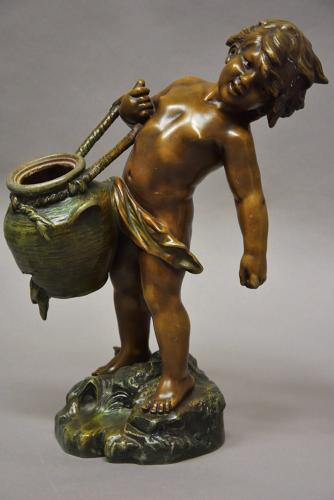 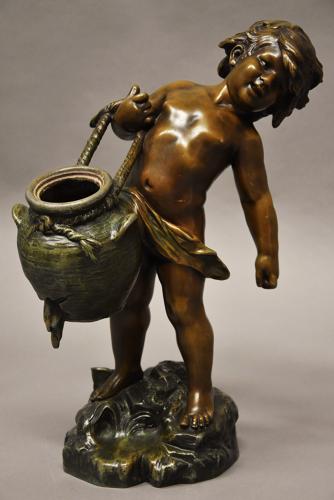 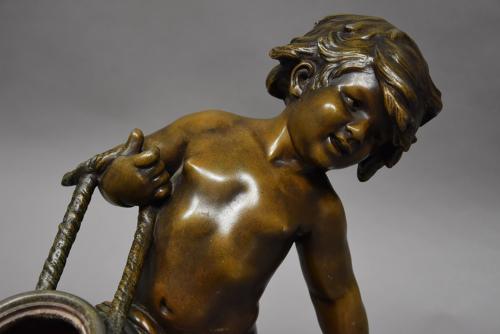 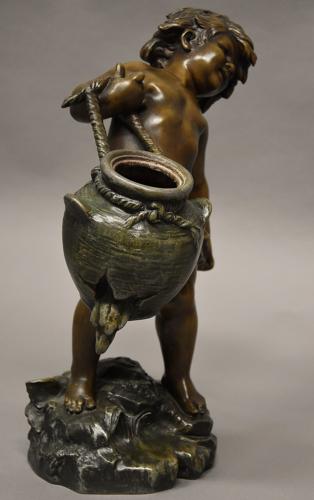 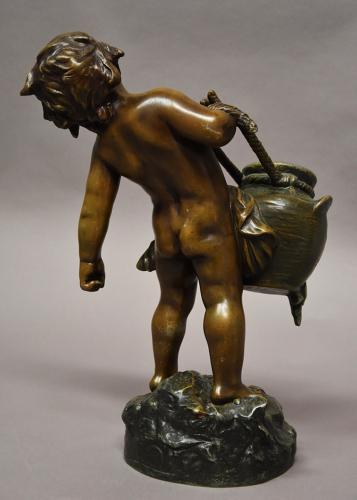 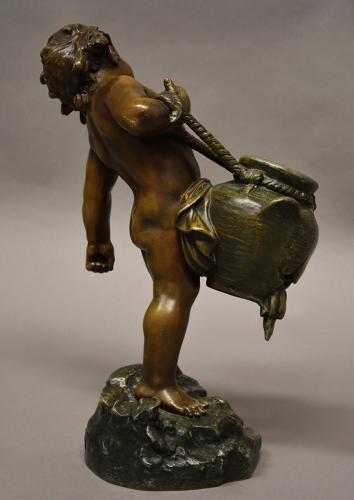 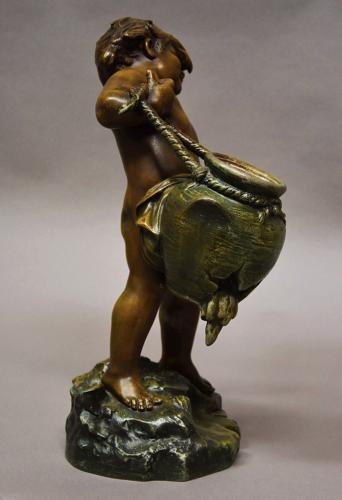 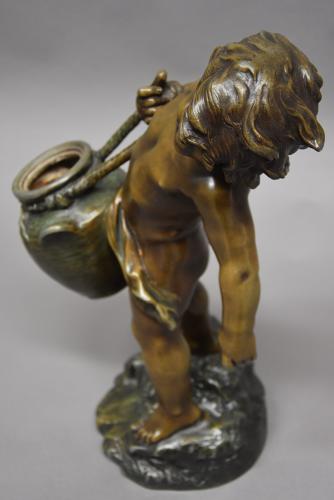 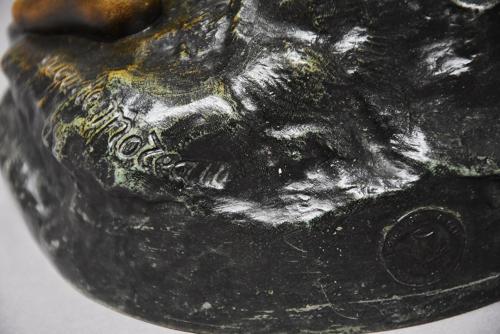 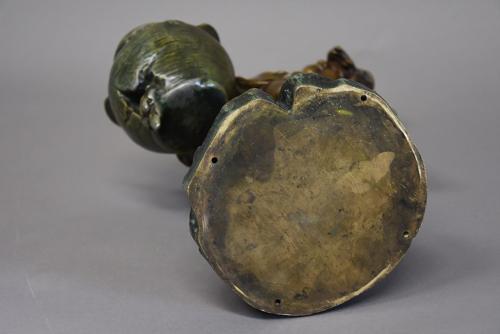