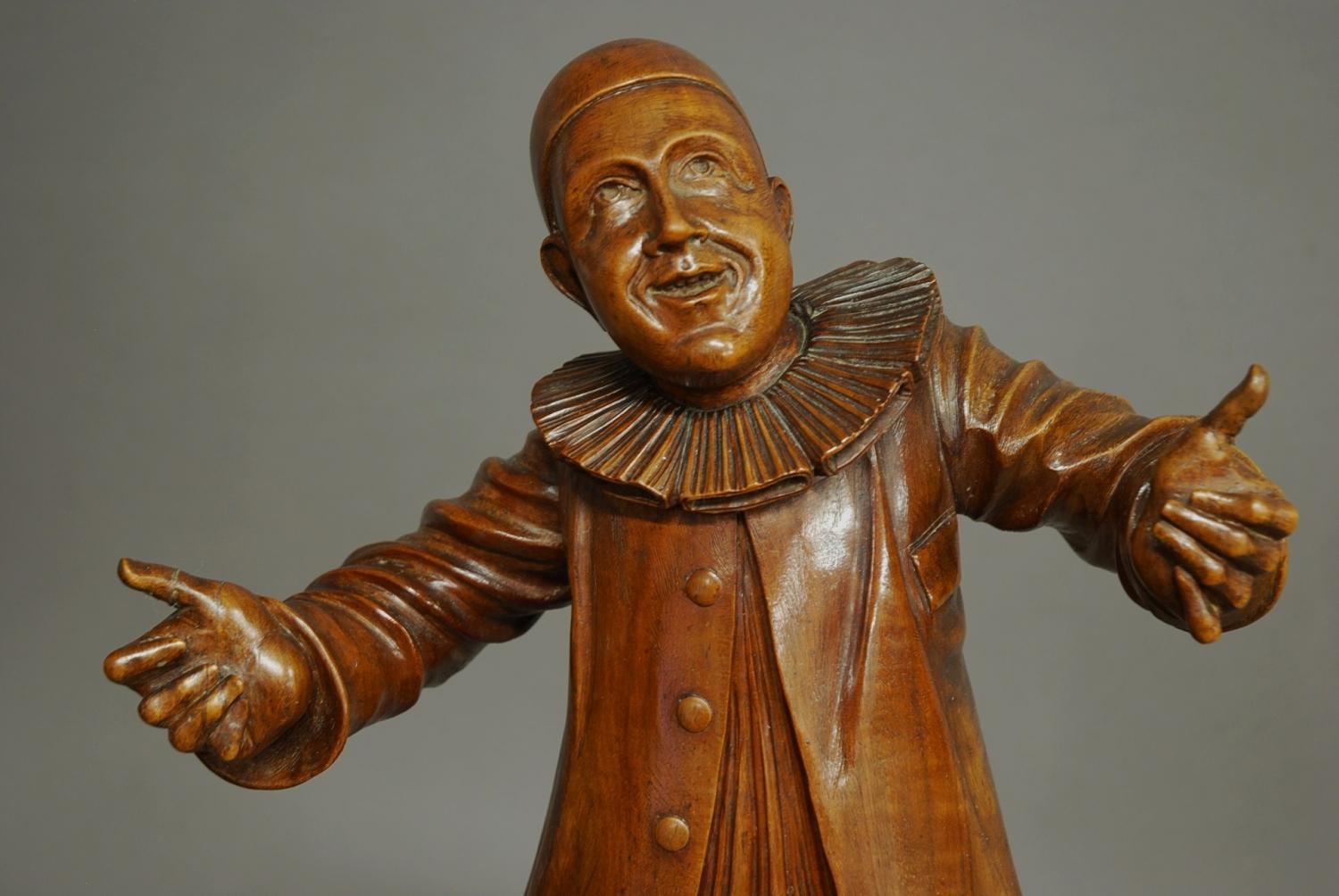 A late 19th century French finely carved walnut figure of a Pierrot. ADDITIONAL IMAGES CAN BE VIEWED BELOW:

The Pierrot stands on a plinth wearing his characteristic clothing of the skull cap, frilled collaret, loose shirt with large buttons and pantaloons.

He is finely carved and in the midst of performing with his arms and hands gesticulating.

The Pierrot originates from the late 17th century Italian troupes of players that performed in Paris.

The Pierrot is not a clown but a specific clown character from European pantomime typically having a white face and performed unmasked.

He was originally created to act the fool but is easy to recognise as his dress and personality has not really changed for years.

His characteristics were a naive romantic, sometimes a prankster and acrobat and was skilled as a tumbler but was often a butt of jokes.

This carved figure is in very good condition, the thumbs have both been professionally glued back on over the years which is not uncommon with carved fingers and thumbs. 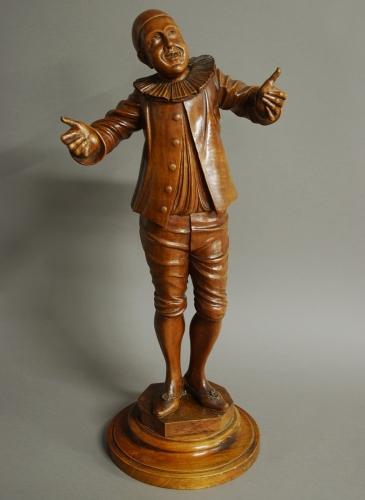 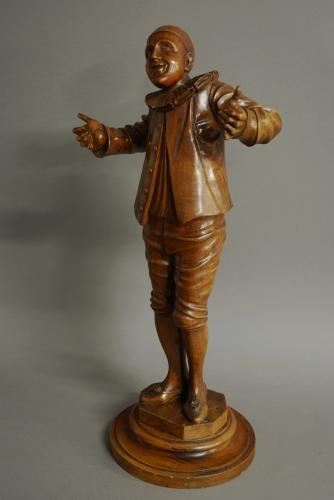 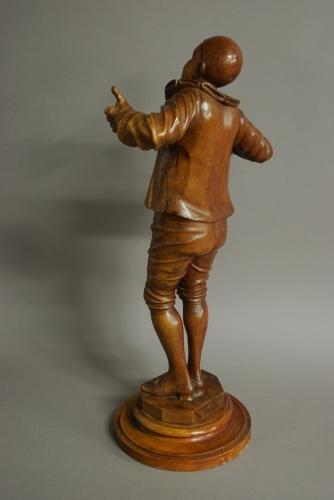 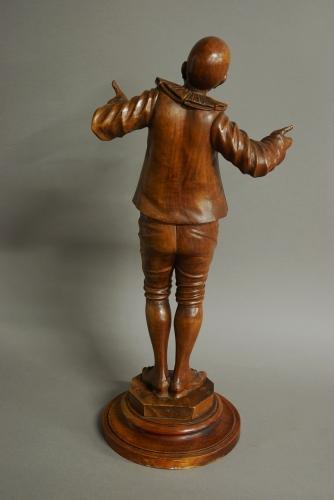 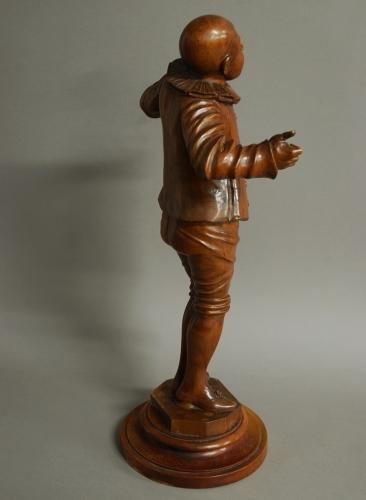 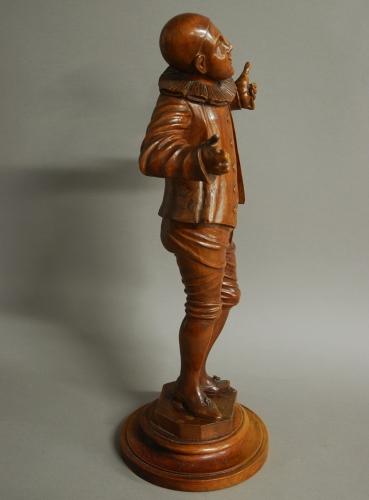 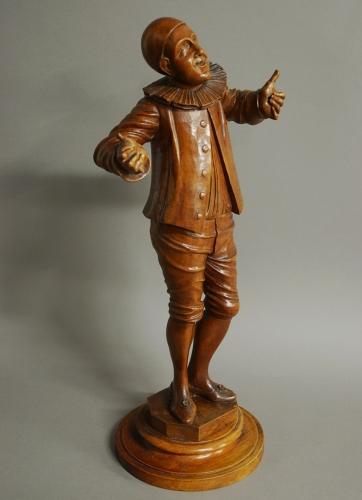 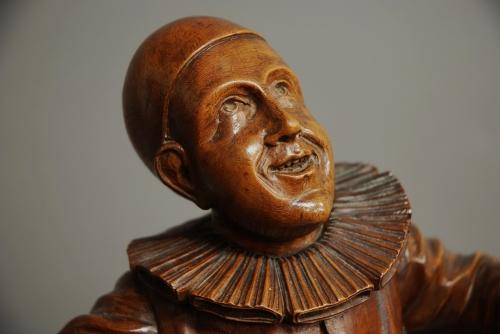 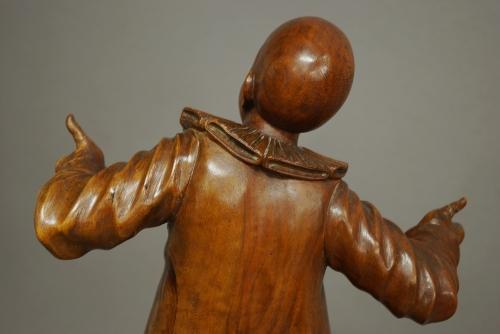