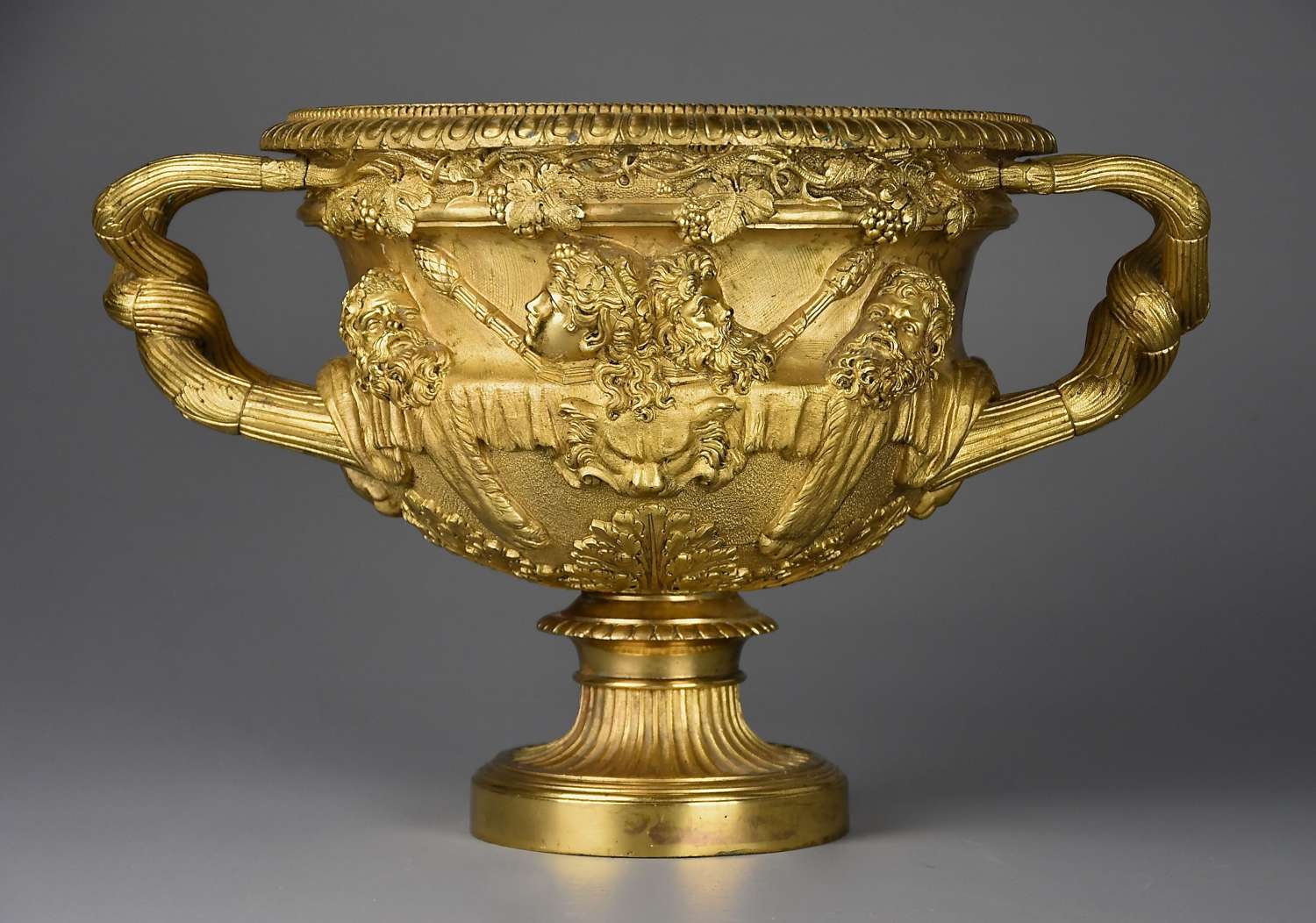 A fine quality 19th century (circa 1870) French Grand Tour gilt bronze reduction of 'The Warwick Vase' after the antique, stamped ‘A.D Delafontaine’ - ADDITIONAL IMAGES CAN BE VIEWED BELOW:

This superb gilt bronze vase consists of egg and dart decoration to the top with removable gilt metal liner and intertwined handles to either side.

The main body of the vase depicting raised masks of Classical Bacchic Gods (Gods of wine) with grape and vine leaf decoration, with lion pelts and acanthus leaf below, all supported on a fluted socle base.

‘The Warwick vase’ is an ancient Roman marble vase with Bacchic decoration that was discovered at Hadrian's Villa, Tivoli in Italy in around 1771 by Gavin Hamilton, a Scottish painter & antiquarian who also dealt in art in Rome, later sold to The Earl of Warwick where it was displayed in a commission built conservatory at Warwick Castle - the original marble vase is now on display in 'The Burrell Collection' in Scotland.

The ‘Delafontaine’ foundry was set up in the late 18th century by Jean-Baptiste-Maximilien Delafontaine, the foundry producing fine quality works and one of the most renowned of the Paris foundries casting works for leading sculptors such as Bayre and Moreau.

Auguste-Maxilmilen Delafontaine (1813-1892) was the grandson of the founder and during his time at the company items were stamped ‘A.D’, he was later succeeded by his son Henri-Maximilien in 1884, the foundry eventually closed the doors in 1905.

This gilt bronze vase is in very good condition for age, is of stable construction and can go straight into a home. 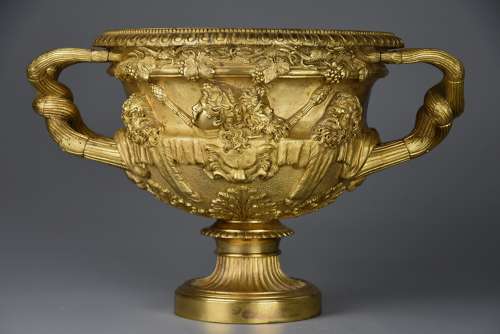 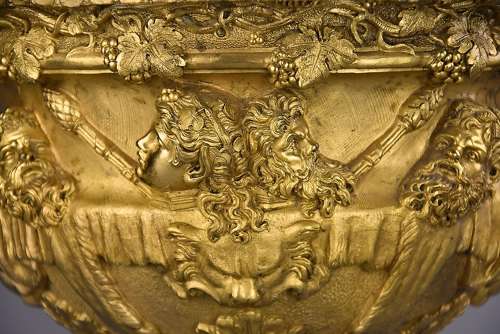 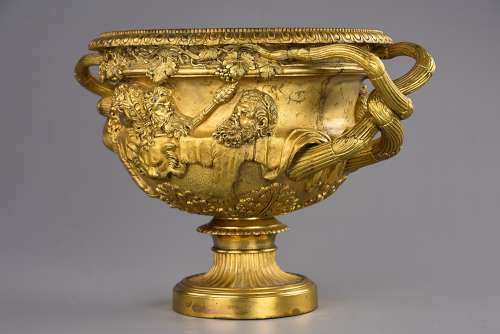 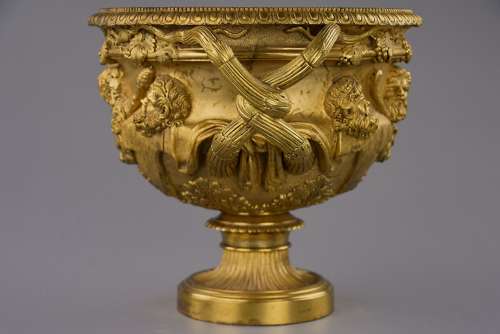 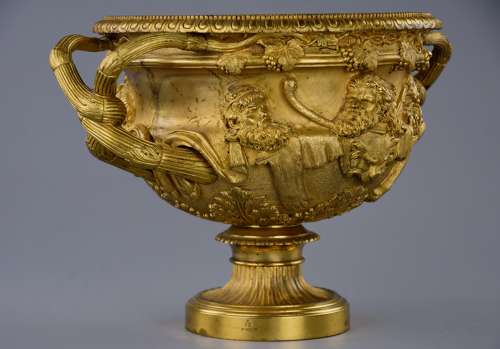 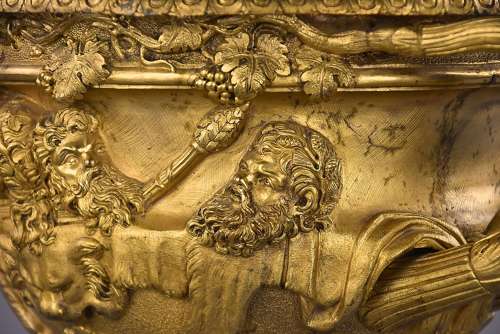 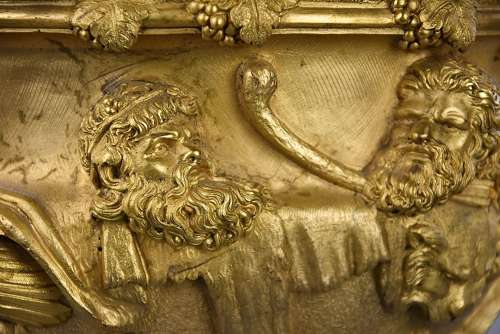 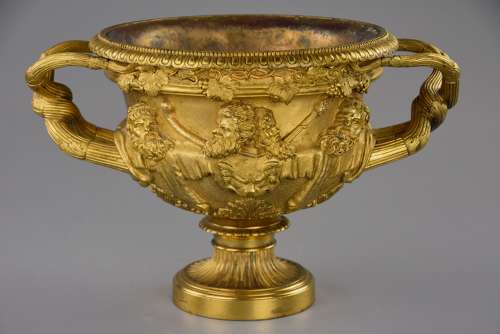 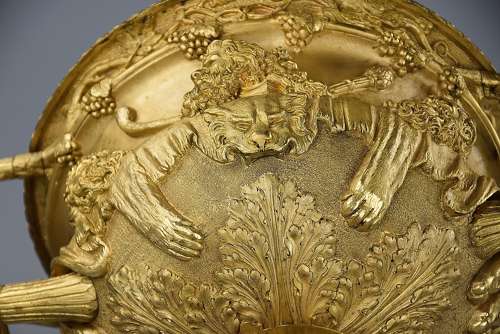 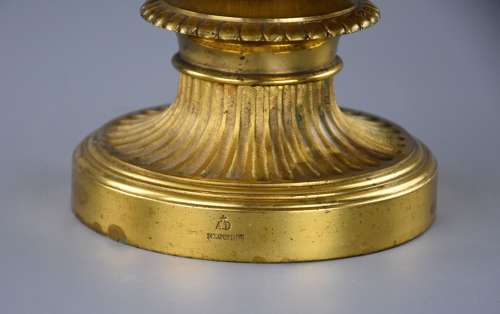 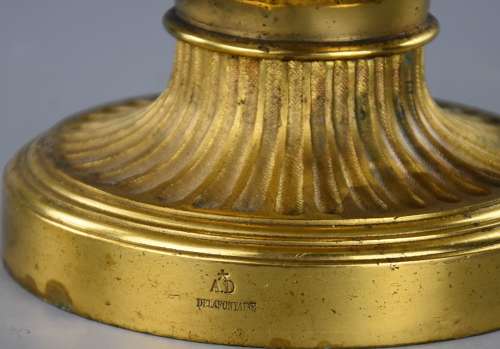 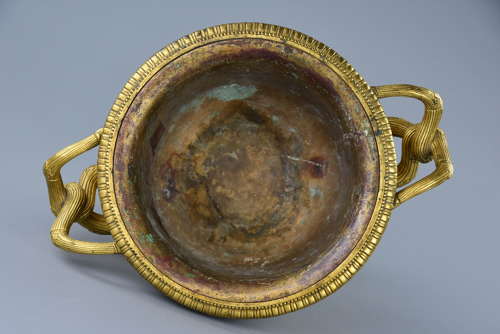 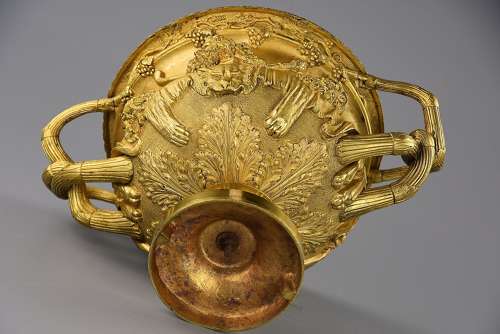