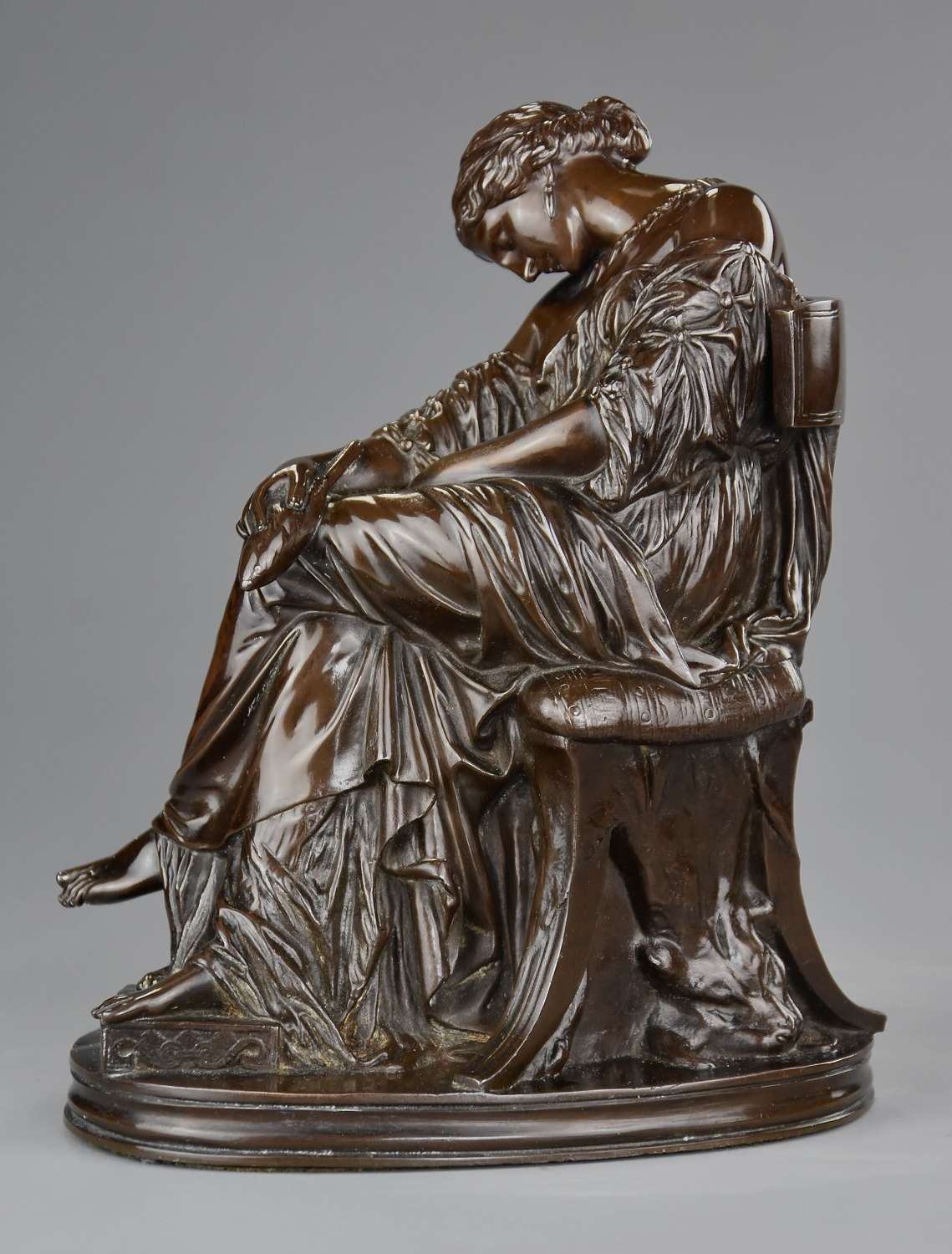 This bronze, of Neoclassical style, depicts Penelope sleeping, seated on a klismos chair wearing Roman style draped chiton with a spindle in her hand supported on an oval base signed ‘J Cavelier’ with ‘Collas’ reduction stamp.

The subject of Penelope is from ‘Homer’s Odyssey’ and tells how her husband, Odyssey, the king of Ithaca, is away for more than twenty years at the Trojan War, she remains faithful to her husband despite many suitors asking for her hand. Penelope insists they should wait until she has woven a shroud for her father-in-law, Laertes, for three years every night she unravels the weaving she has completed during the day to prolong the decision, eventually Odyssey returns and finds that she has remained faithful to him, hence her name is associated with fidelity.

The original marble sculpture was displayed at the Ecole des Beaux-Arts in 1848 and was highly celebrated by the Académie de France jury in Rome.

Later in the 1849 Salon it was awarded a first class medal and medal of honour receiving many acolades, particularly remarkable was the sculpting of the cloths which combine both naturalism and reference to Greek and Roman sculpture, the original sculpture can now be found in the Musée d’Orsay.

Pierre Jules Cavelier (1814-1894) was a French sculptor born in Paris, he was awarded the Prix de Rome is 1842 and lived at the Villa Medici between 1843-1847 and on his return to France he was awarded various commissions from the Louvre, City Hall , the Opera, Notre Dame etc.

Cavalier took inspiration from antique statuary and the sculpture of Penelope was based on a statue at the Capitilone Museum in Rome.

This sculpture appeared in the Ferdinand Barbedienne catalogue for 1886, five sizes of this model were produced after the original.

Although a foundry stamp for Barbedienne is not evident on this bronze, it was certainly produced by a very good foundry and also having the ‘Collas’ reduction stamp indicates it was produced by Barbedienne. 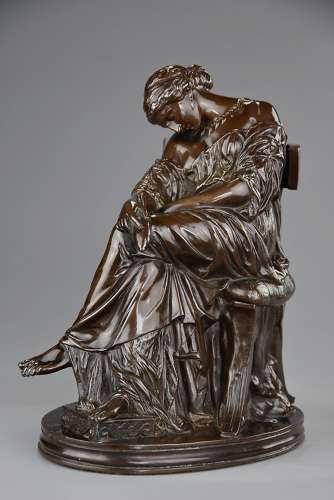 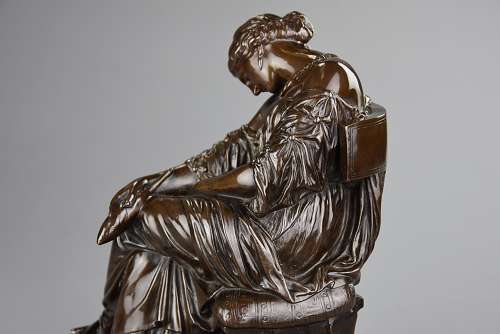 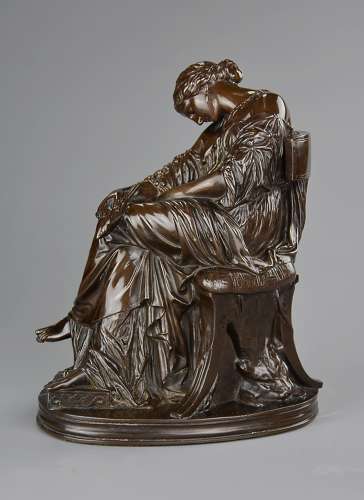 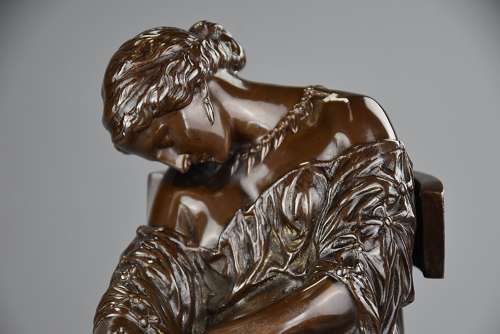 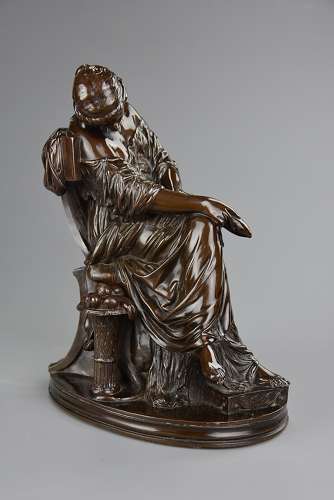 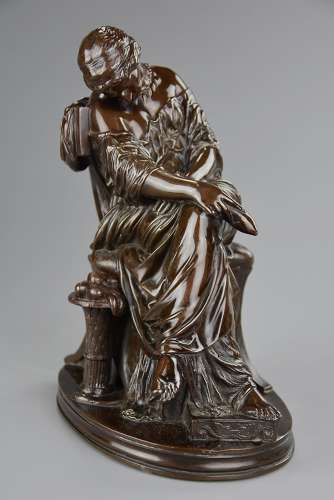 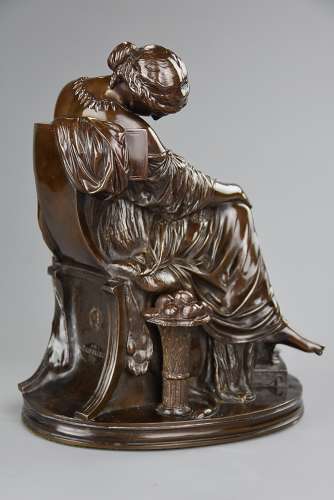 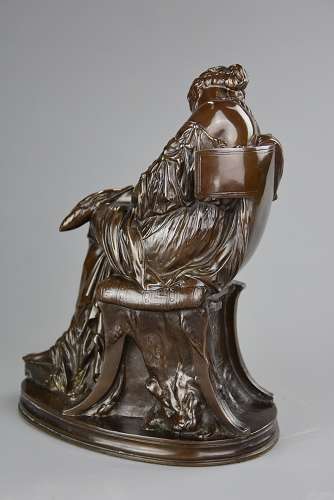 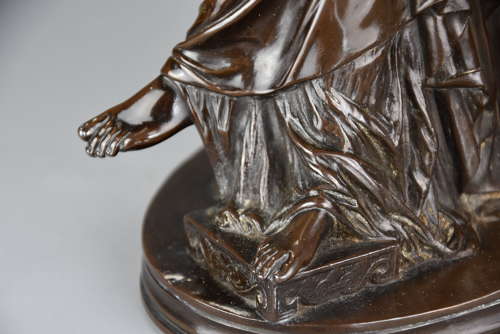 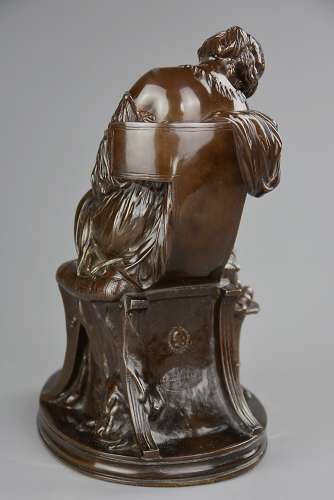 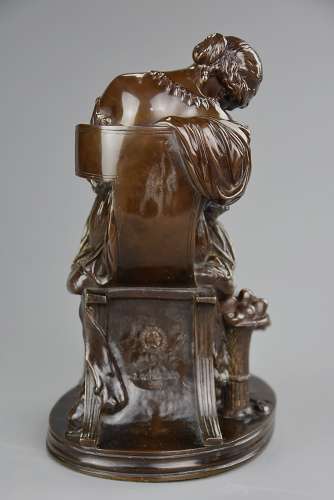 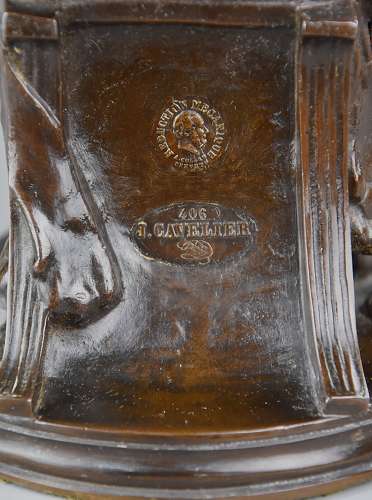 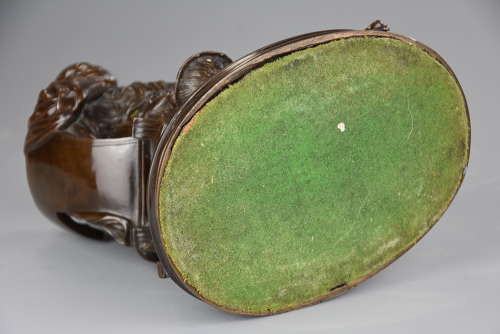