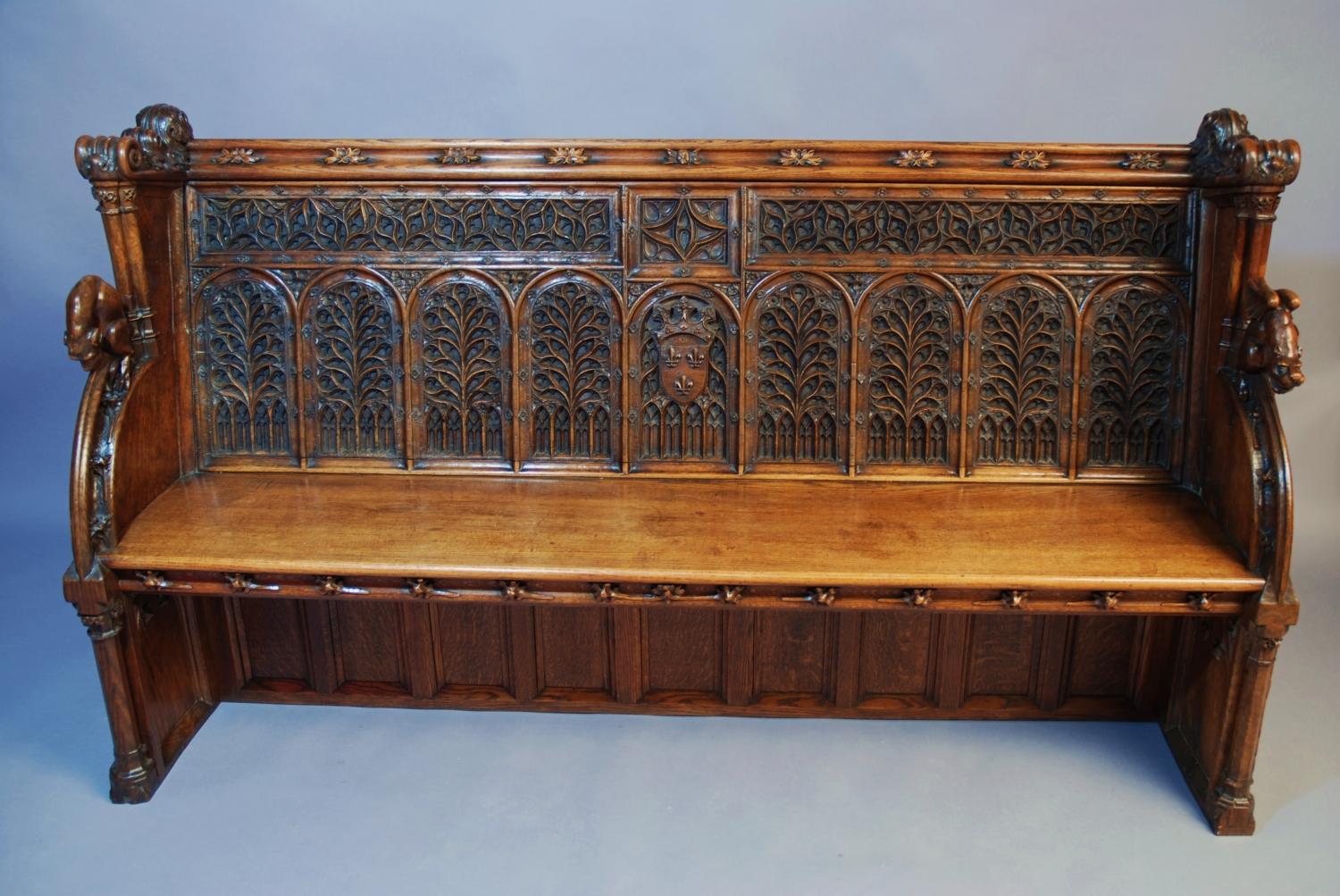 This settle has been constructed from rare fragments from the Medieval period in the Gothic style.

Partly due to the French Revolution there was a revival in the interest of Medieval Gothic art. This period was disastrous for the French aristocrats but they could raise cash quickly by selling smaller items such as paintings & carvings. Therefore, at this time many wealthy Englishmen were able to purchase French & Continental works of art.

The walnut back panel which is extremely rare dates from around 1470. This panel has a central carved coat of arms which is the Arms for Modern France (used from 1376) and the carved & arched crown above this signifies French nobility.

Either side of the central coat of arms there are four superbly carved arcaded tracery panels and these sit below two rectangular tracery panels. The small inner central panel above the coat of arms has been replaced, possibly in the 19thc when the settle was constructed. This was possibly due to damage of some type, possibly woodworm damage but this is also very fine work. These panels are framed in a moulded panel with a rosette design.

This walnut panel is of the highest of qualities - this fine work would not have been achieved if carving from a piece of oak, walnut is a softer wood and therefore a finer quality can be achieved. However, it also makes it even more rare as a walnut item of this age is less likely to still be in such excellent condition.

The oak ends of the settle date from the period of 1440, the top area has a well carved foliage design and this decoration is in keeping with that of the original panel and the tracery infills of the quadrants. The elbows on the top of the quadrants are well carved mythical beasts.

These choir stall ends are almost identical to those found in Scarisbrook Hall & St Peters in Leuven, the latter by the famous joiner Gort Gorys and the carved Claes de Bruyn.

The oak seat and oak under panel are constructed from mid 19thc when this settle was constructed.

This settle was very sympathetically crafted and constructed by a very talented joiner of his day.

Provenance:
This piece was purchased by a private collector from Suffolk in 1950 from the sale of Flixton Hall, when both the property and the contents were being sold, this was due to death duties and the maintenance costs of such a house.

Flixton Hall, four miles from Bungay in Suffolk was built in the early 1600's, probably 1615 and was said to be in the 'Inigo Jones Gothic' style. The house was the seat of the Tasburgh family for many years until it was passed to the Adair family in the 1800's.

As mentioned both the Hall & contents were sold in
1950 and after no use for the Hall was found it was demolished in 1952. 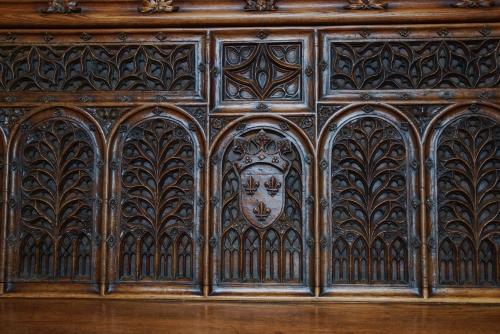 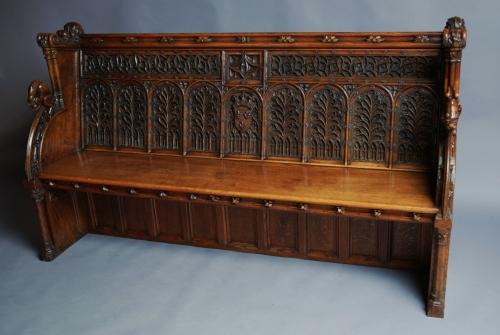 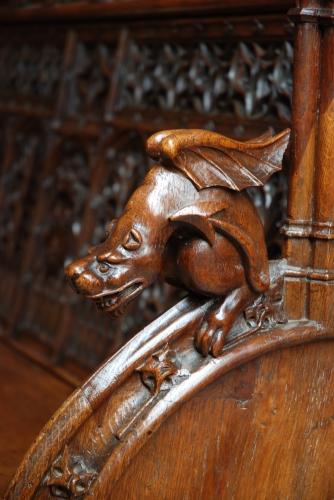 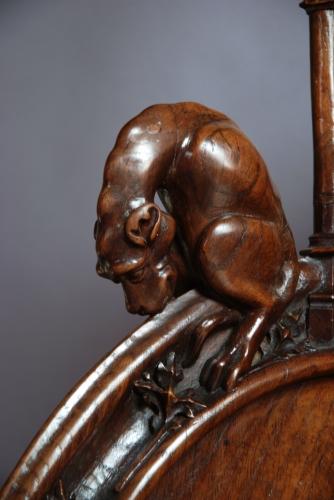 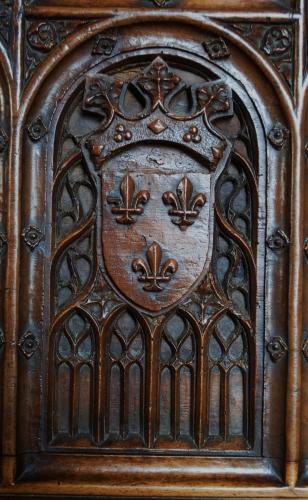 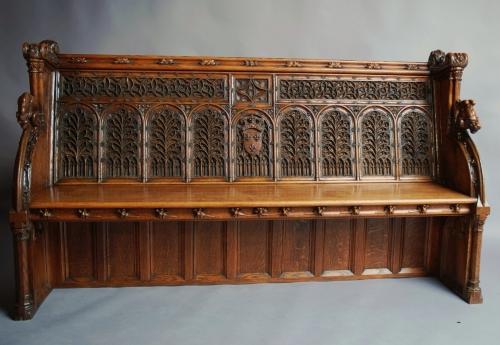 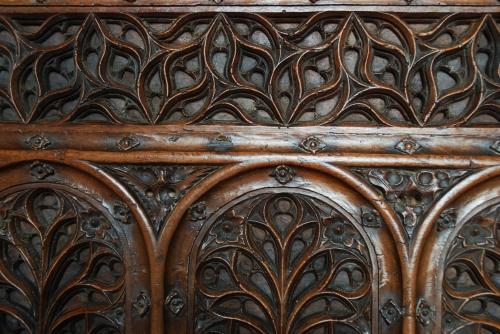 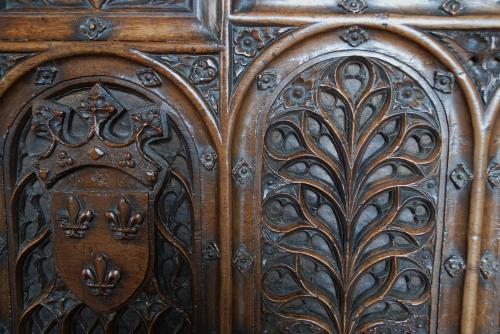 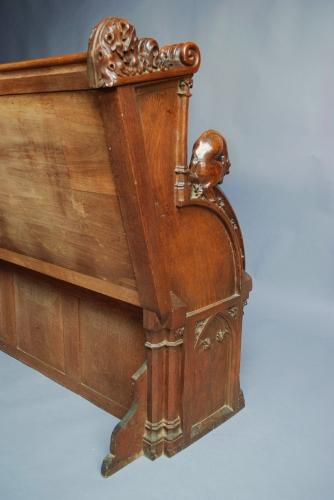 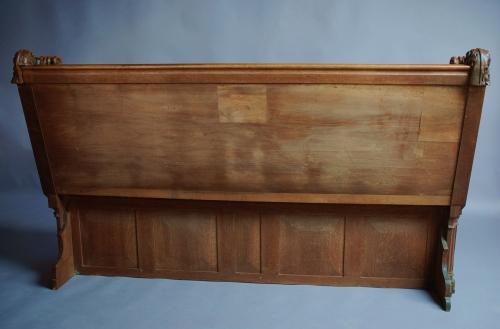 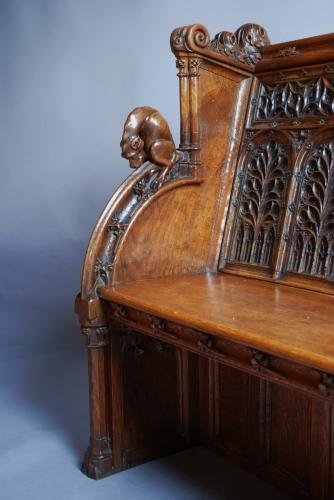 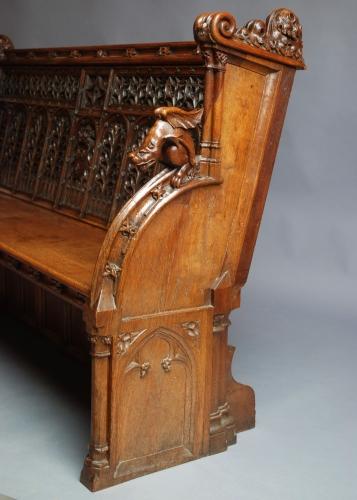