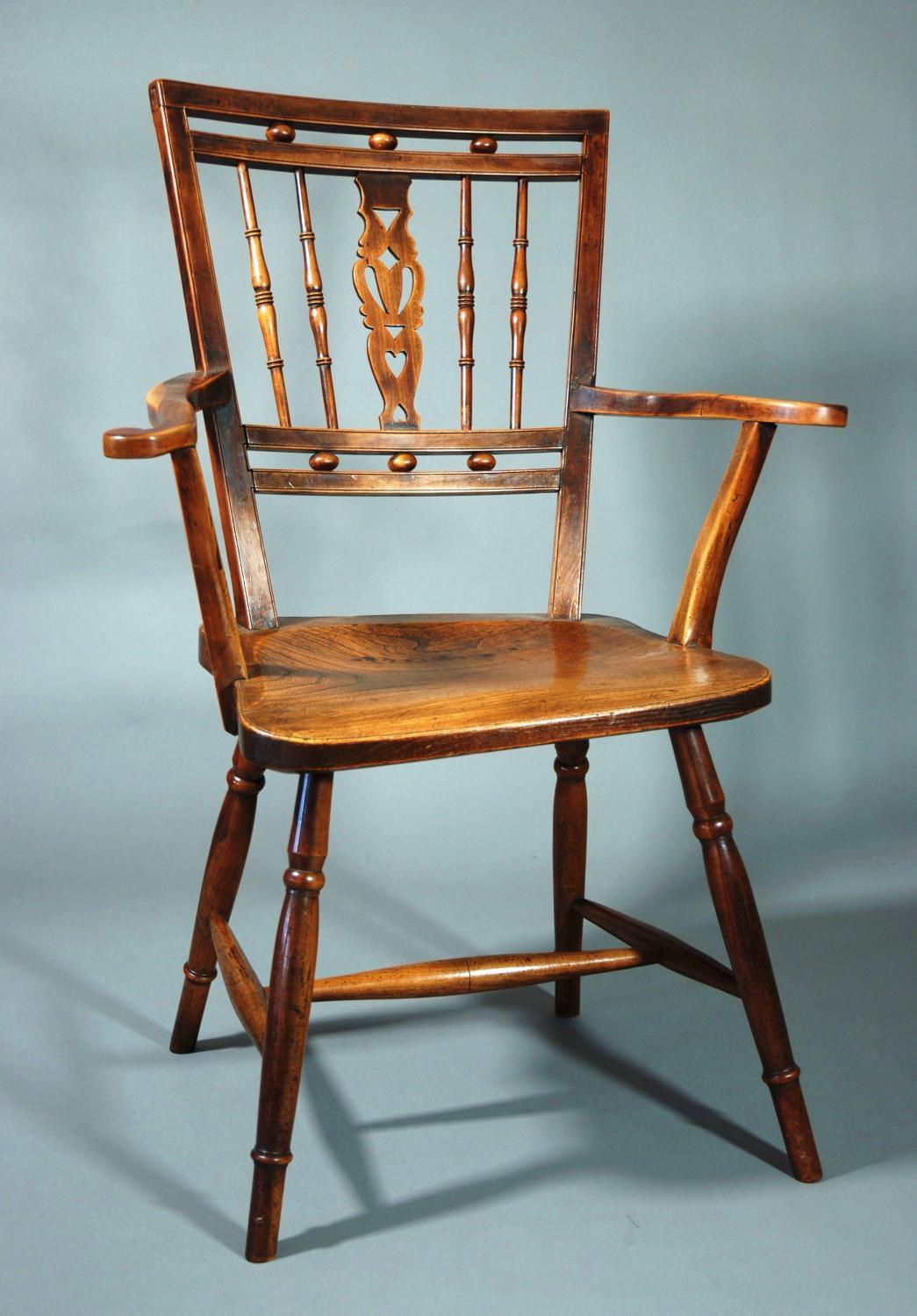 An excellent & unusual example of an early 19th century Mendlesham chair made of fruitwood with an elm seat of good patina (colour) - ADDITIONAL IMAGES CAN BE VIEWED BELOW:

This chair is constructed from fruitwood, possibly plum (due to the variation of wood colour on the arms).

The arms are of an exceptionally rare shape for a Mendlesham chair as they are of a scroll design & sweep outwards. There is an old repair to the right scroll arm where the tip has been replaced.

The four turned legs are supported by an H stretcher.

This particular chair oozes with character and appears to have spent time standing on an uneven surface & has therefore become a distorted shape, although still remains both usable & stable.

The Mendlesham chair was originally made in the Suffolk village of Mendlesham by the Day family & thought to have been designed by Richard Day.

It is thought other makers also made these chairs in surrounding villages nearby to Mendlesham.

These chairs were thought to have been made for special occasions such as weddings & baptisms
& were a very sophisticated design for a provincial chair.

Examples of the Mendlesham chair can be found in Christchurch Mansion, Christchurch Park in Ipswich, Suffolk.

This chair is of stable construction & can go straight into a property.

Further photos are available on request. 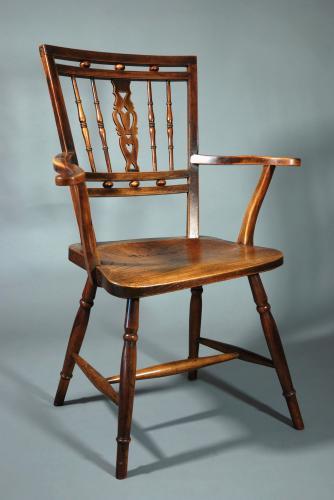 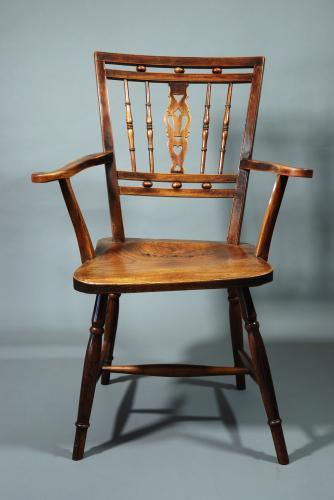 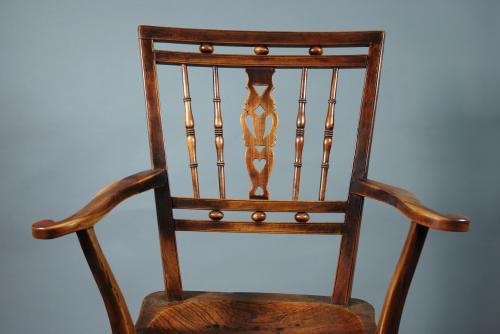 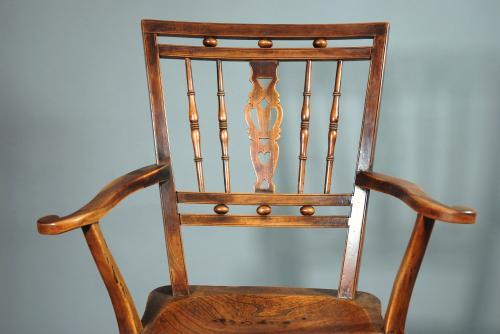 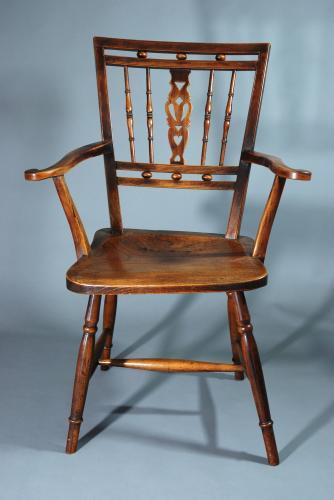 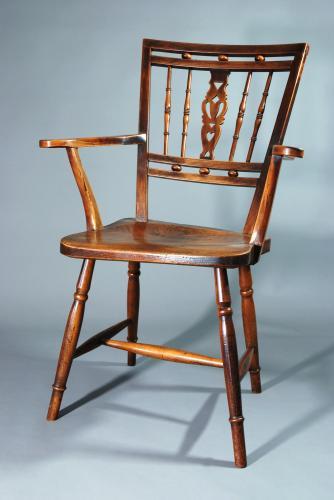 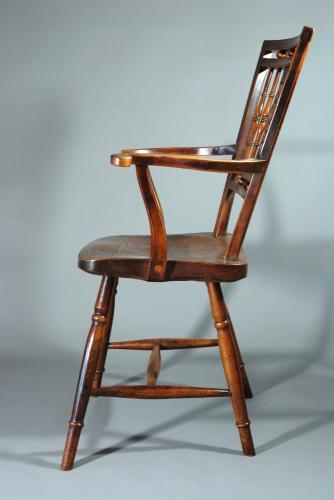 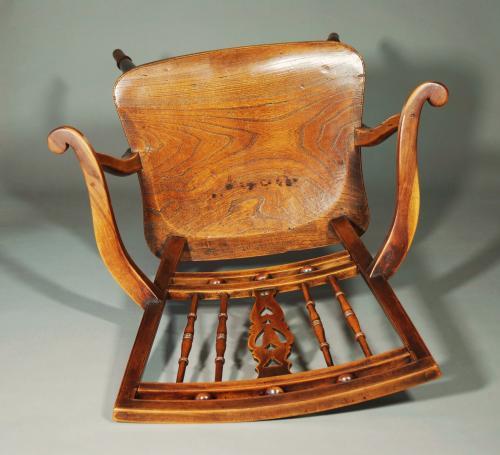 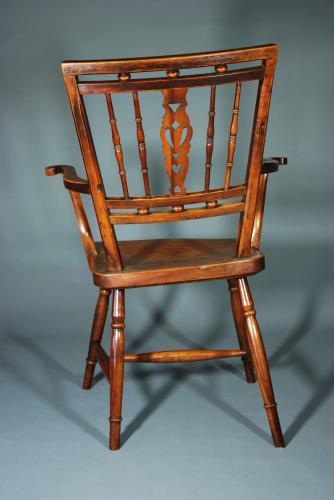