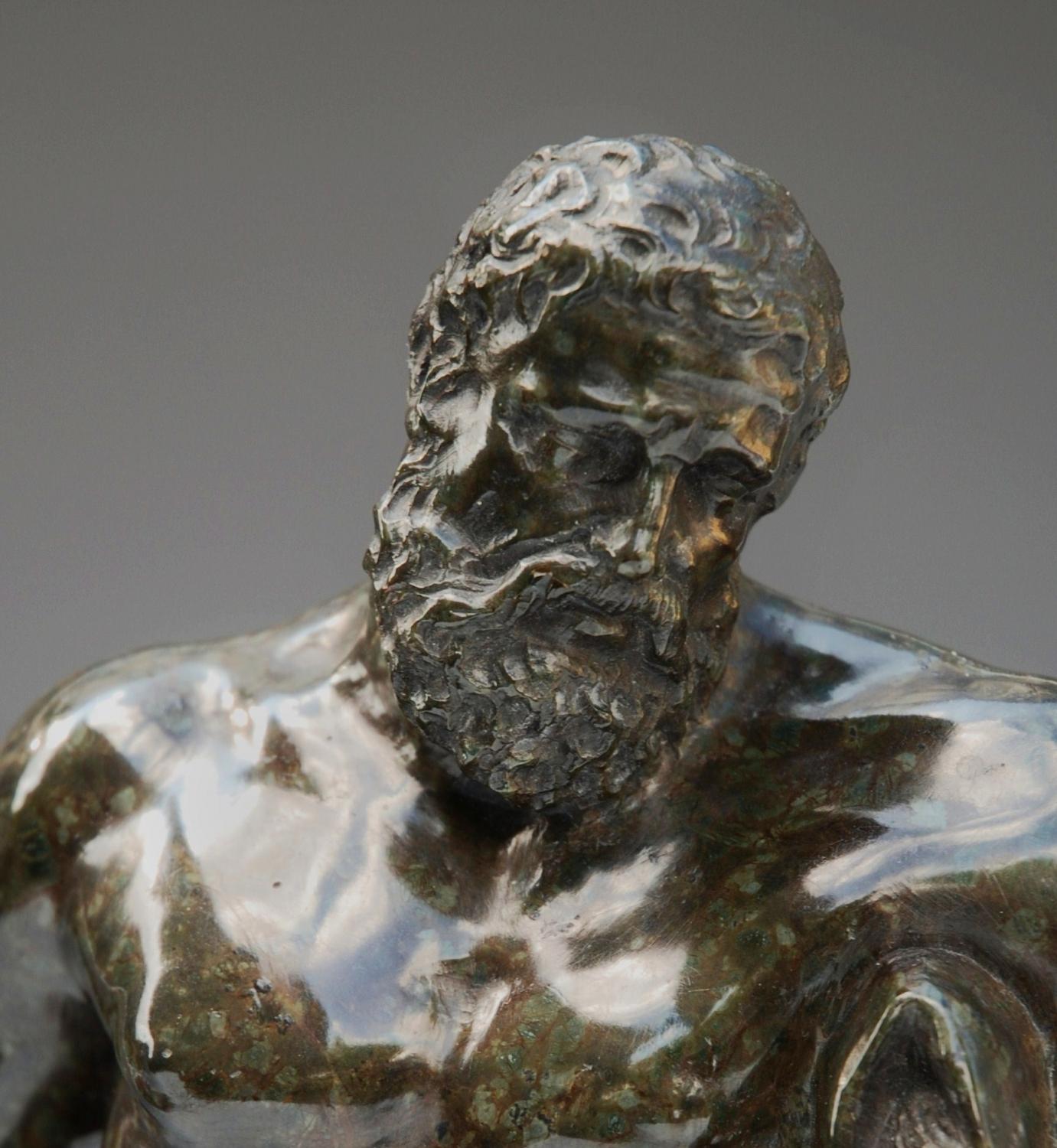 A fine carved Serpentine figure of Farnese Hercules in verde Prato stone, probably from The Grand Tour.
The verde Prato serpentine has been quarried for centuries near to Prato, northwest of Florence in Italy.
The Serpentine stone is so named due to the resemblance to the skin of a serpent.
This figure of Hercules portrays him with a dramatically exaggerated muscular form. He is shown in this sculpture as very weary & leans on his club & lion skin. He is pondering his immortality & hoping in, this latter part of his life, his name is immortalised for the great deeds & ordeals he has undertaken.
This figure has no damage, which is quite rare as this stone is often found damaged. 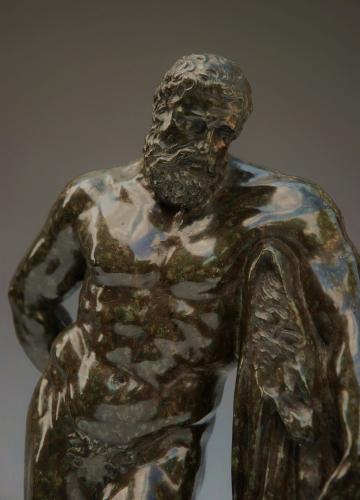 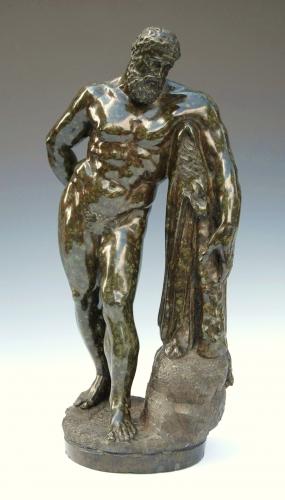 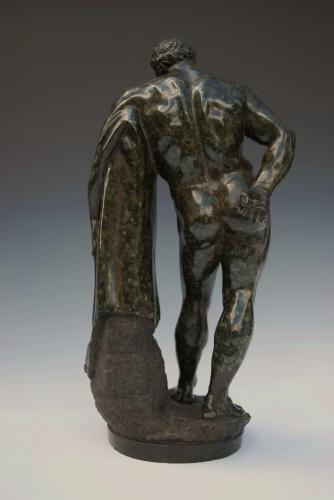