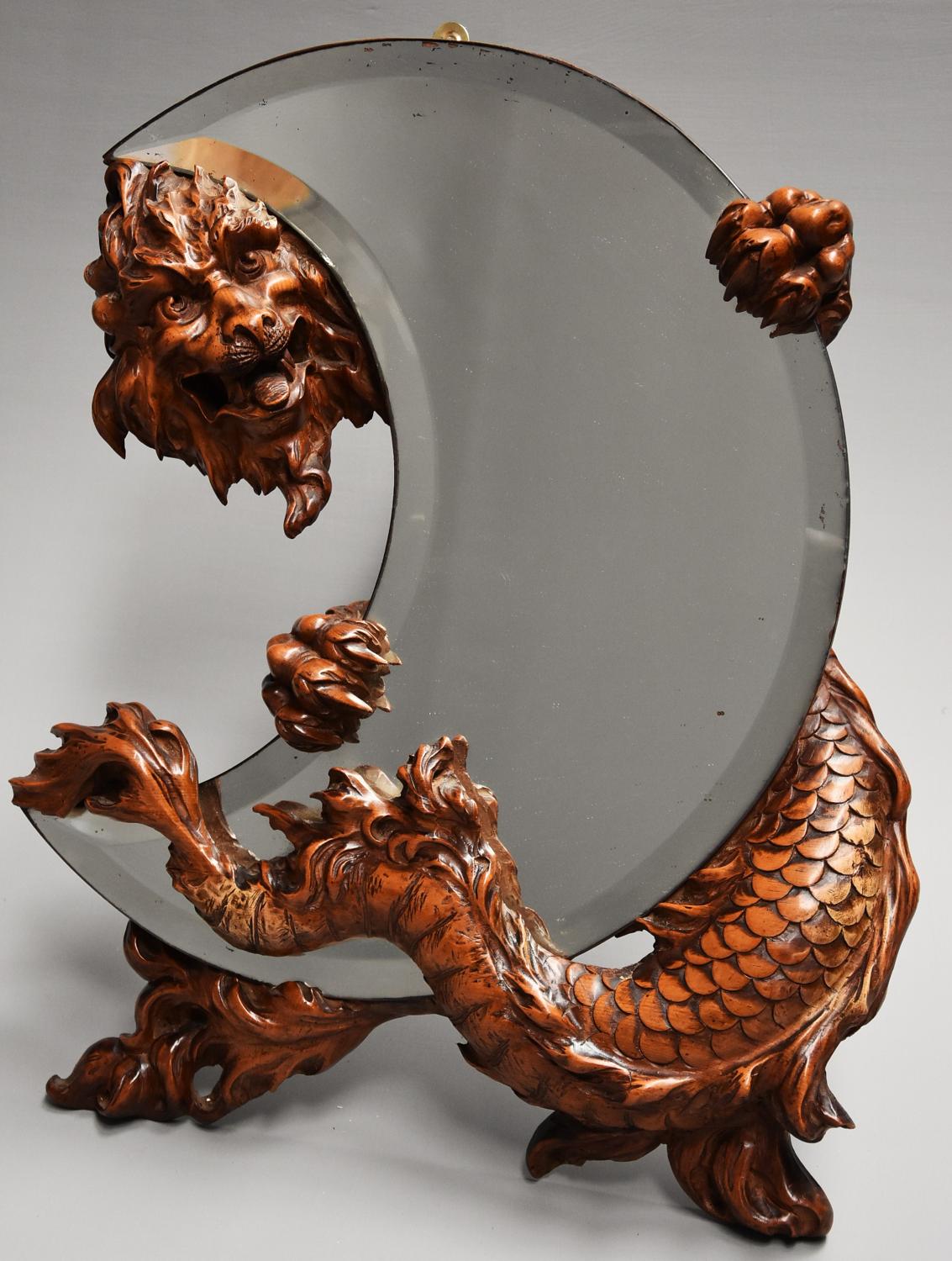 This mirror is unusual as the carved figure is that of a 'shishi' (Japanese temple dog) rather than the more commonly seen dragon: the shishi being the head of a lion and the body of a dragon, with an open mouth it is thought they ward off evil spirits.

This decorative mirror consists of a superbly carved walnut shishi supporting the mirror plate with his feet and tail, the bevelled crescent shaped mirror plate being original with pine back to the reverse.

It appears this mirror was originally a dressing table mirror but has been converted at some time over the years to a hanging mirror.

Similar examples of the carved shishi can be found on the exquisite daybed by Viardot.

Gabriel-Frederic Viardot (1830-1906) was a Parisian cabinetmaker specialising particularly in Chinese and Japanese style furniture, there being a demand in France at this time for exotic luxury furniture from Asia.

Viardot firstly worked as a sculptor and later set up his own workshops making furniture in 1860 with many craftsman working for him. He exhibited at many exhibitions and gained many awards such as a gold medal in 1889 at the Paris International Exhibition, the following year gaining a gold medal again as well as many other awards in various exhibitions over the years and was also awarded the Knight in the Legion of Honour in 1885.

Although we cannot find any evidence of signature on this cabinet it has many elements of a Viardot piece and is certainly a piece of superb quality, design and workmanship.

This mirror is in excellent condition for age, is of stable construction and can go straight into a home. 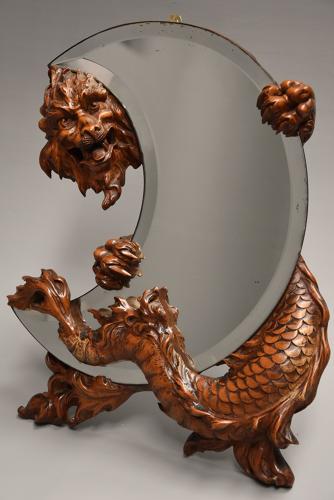 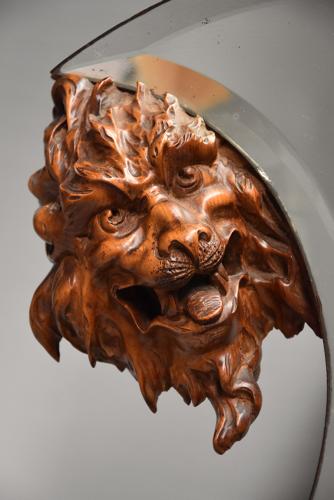 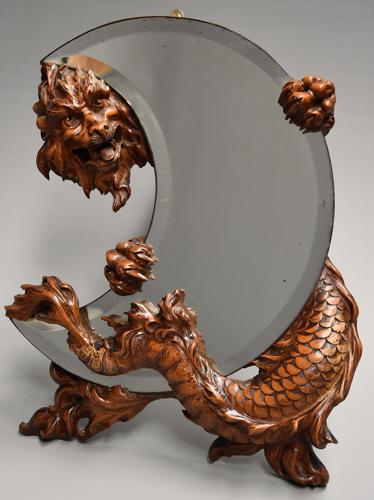 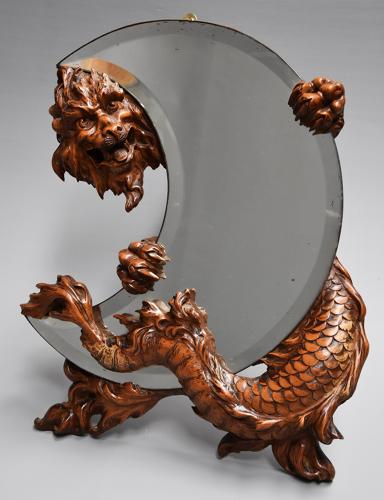 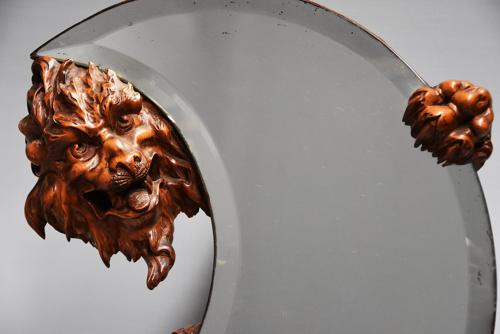 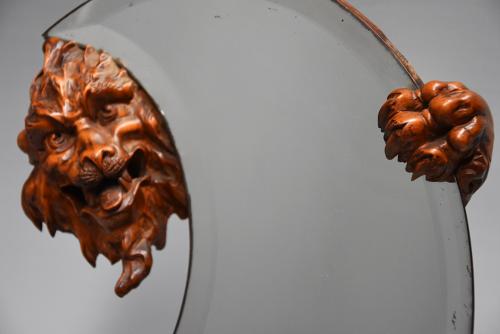 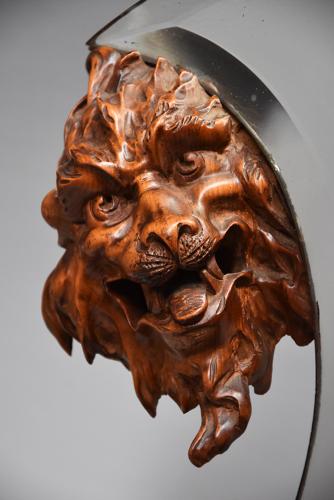 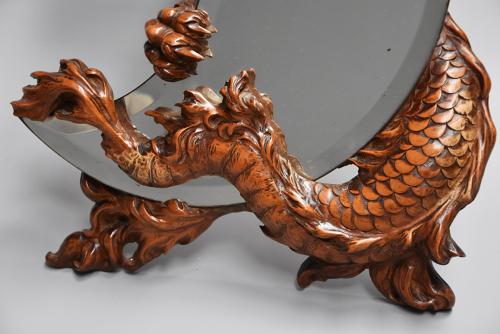 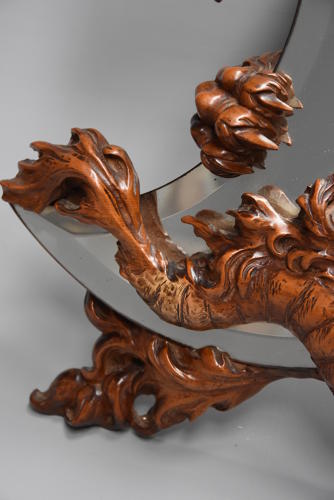 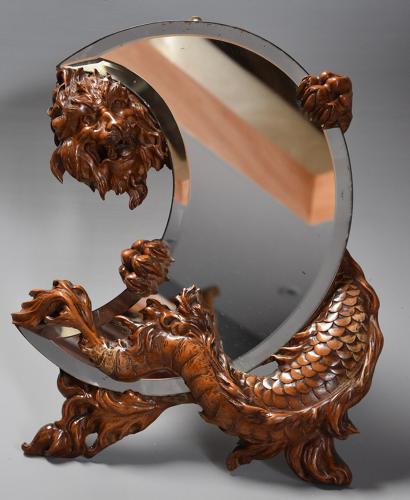 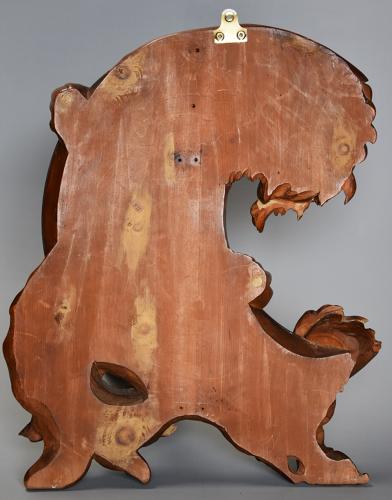