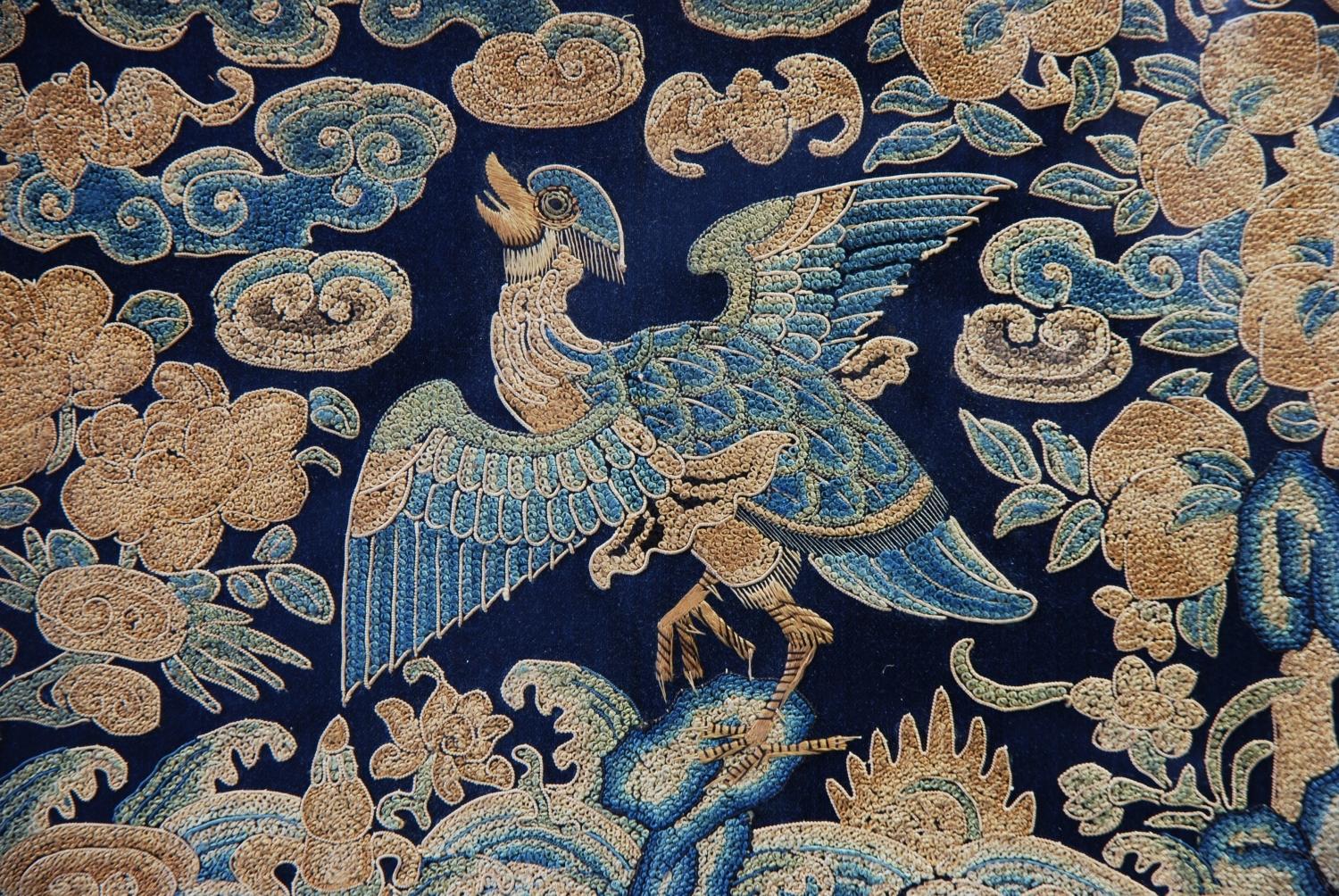 W: 35.5cm (14")H: 35.5cm (14")D: 4cm (1.6")
SOLD
A silk Chinese 7th Official's Rank badge of a Mandarin Duck from the Qing dynasty (1644-1911) - ADDITIONAL PHOTOS CAN BE VIEWED BELOW.
This piece consists of the mandarin duck above the waves of a turbulent sea perched on a rock facing the sun.
The embroidery is stitched with Peking stitch (French knot)  with both coloured and silver thread.
This rank badge consists of various emblems including flowers (possibly peonies) and bats surrounded by a silver thread border of bats.
This square of silk has been framed in the early 19thc in a Regency ebonised and reeded frame. It is believed that collectors in the 19thc often framed them to preserve the badge.
The Rank badge, which has now become a collectors item, was something worn by important Chinese men in the Ming & Qing dynasties. To gain a badge the men had to undergo years of study and many intense examinations.
From the time a male child was born the parents would hope the child would study and achieve a rank badge as this would bring fame and wealth to both the boy and his family.
Once gained, the badges would be worn on their chests and backs, embroidered with patterns in both gold and rich coloured thread.
There were two types of badge, military and civil - the civil rank badges featured birds (as this one does) and the military badges featured other animals.
It is thought that of the ten thousand or so people that took the test from a region only around 100 would pass.
This is a good example of a Chinese Rank badge in good original condition. 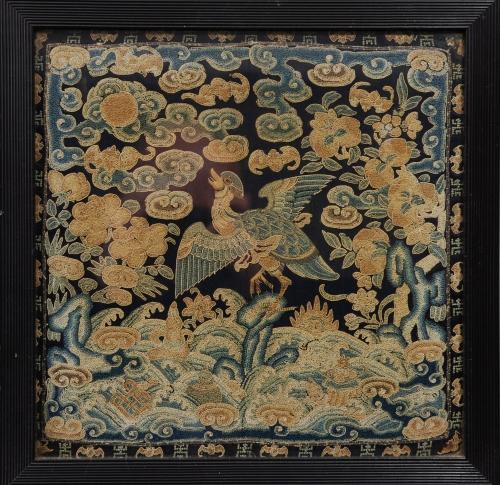 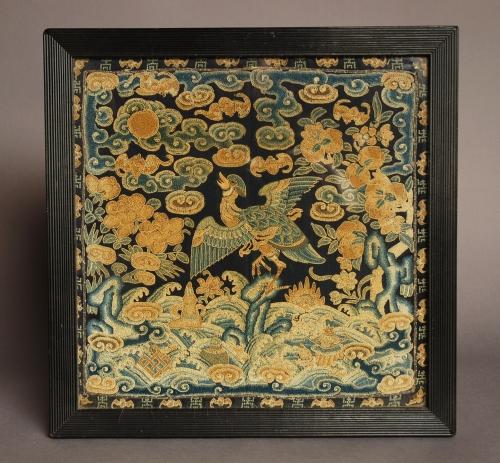 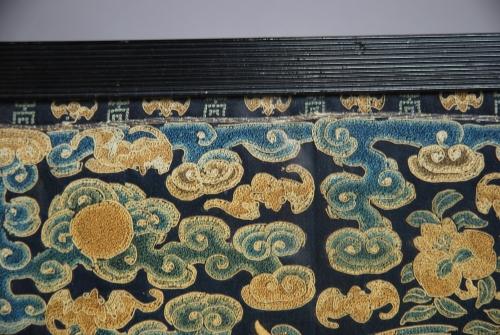 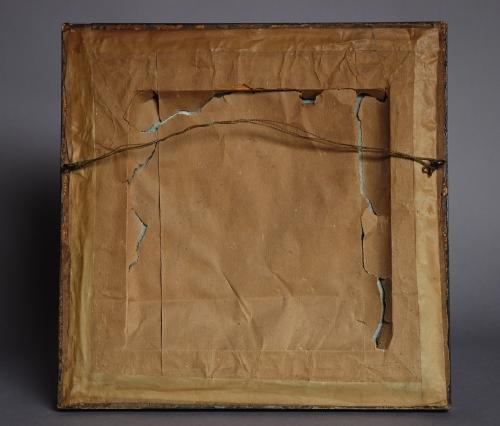 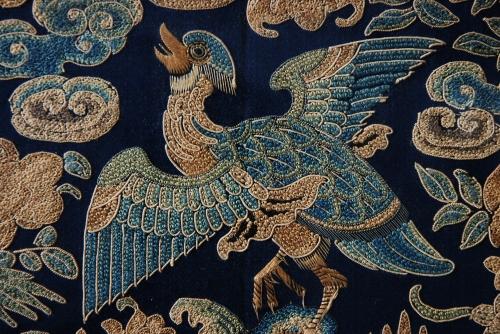