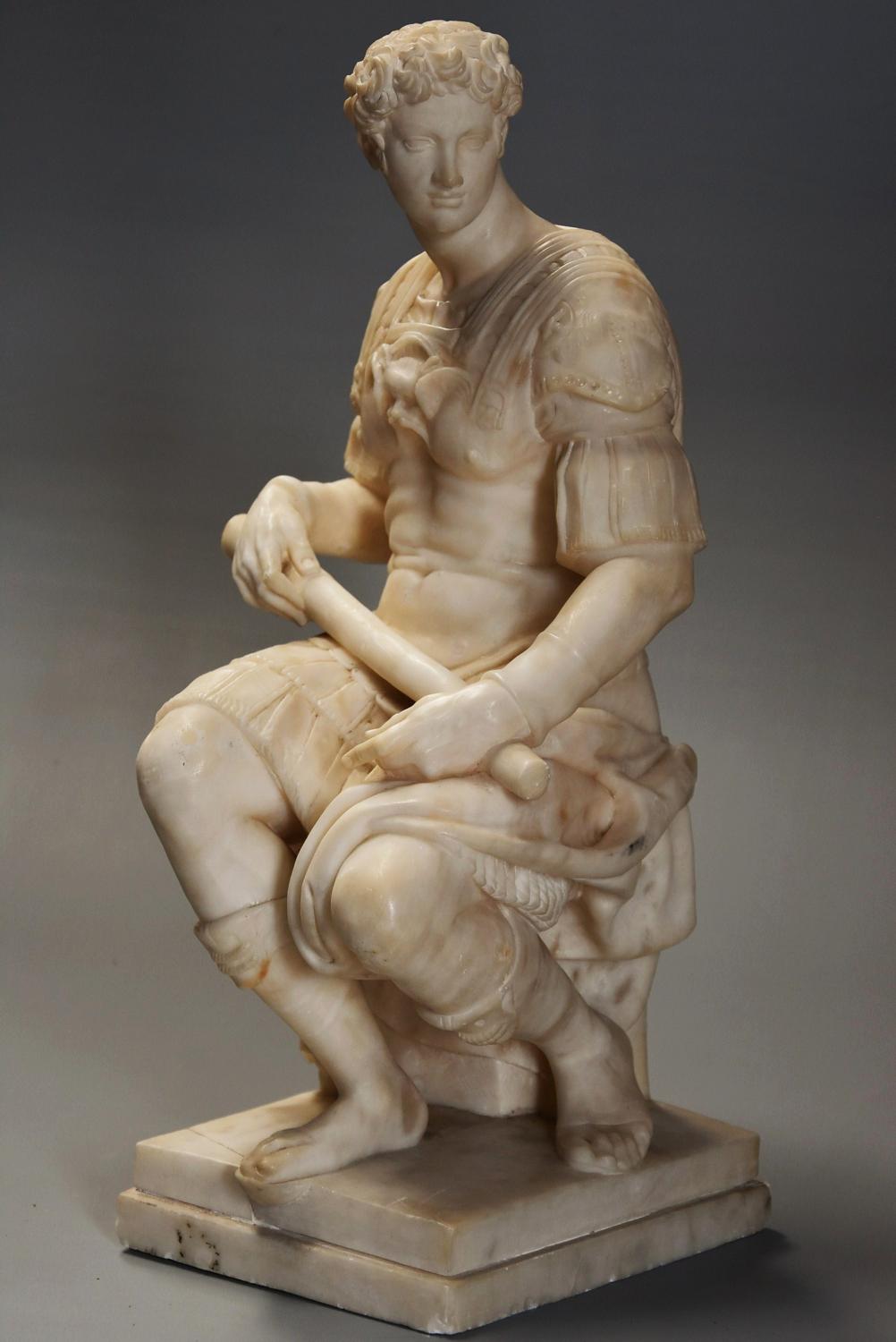 A late 19th century superbly sculpted alabaster figure of Giuliano de Medici, Duke of Nemours (1478-1516), after the antique, the original marble by Michelangelo (1475-1564) - ADDITIONAL IMAGES CAN BE VIEWED BELOW:

Giuliano de Medici, Duke of Nemours was an Italian nobleman, the youngest son of Lorenzo the Magnificent, in this sculpture he is depicted seated as a Roman soldier dressed in ceremonial attire supported on integral plinth.

The superb original marble statue is situated in The Medici Chapel in Florence (The New Sacristy) in the Church of San Lorenzo in Florence, Italy.

In 1520 Michelangelo was commissioned by the Medici Grand Duke of Tuscany, who later became Pope Clement VII, to design a family mausoleum (called The New Sacristy) where he created statues for the tombs, the architecture based on the designs of The Pantheon in Rome.

After completing this building, Michelangelo worked on the sculptures and sarcophagi that would serve as funerary monuments to the Medici family.

He carried out this project up to 1533, afterwards leaving Florence for Rome and never returned.

The burial place for Lorenzo the Magnificent, considered the Lord of Florence, and his assassinated brother Giuliano were never even started by Michelangelo - instead these two major Florentine figures are modestly buried in a simple stone coffin just to the right as you enter the New Sacristy.

This sculpture is in excellent condition for age and can go straight into a home or collection. 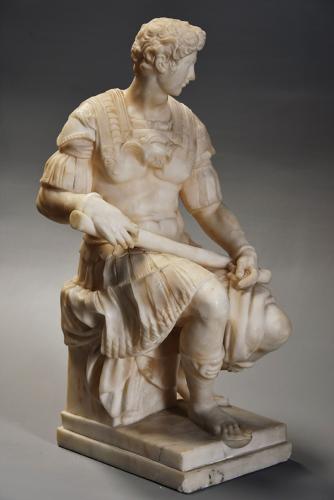 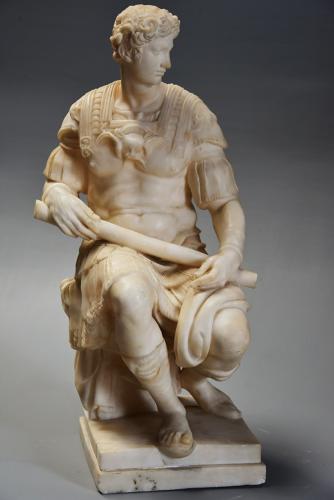 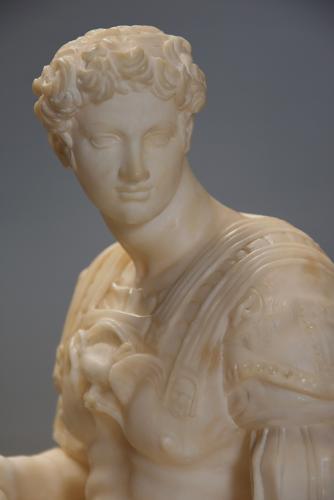 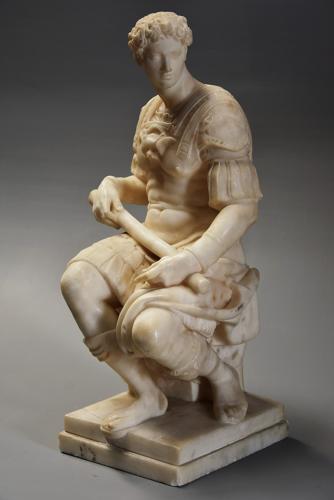 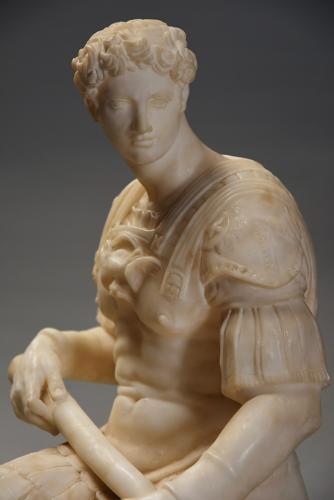 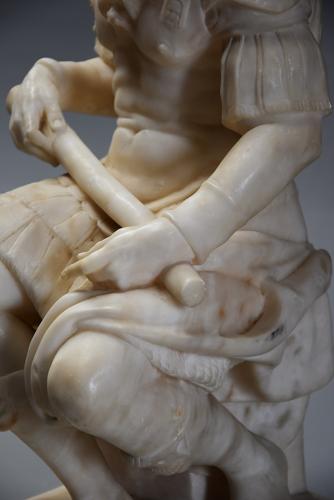 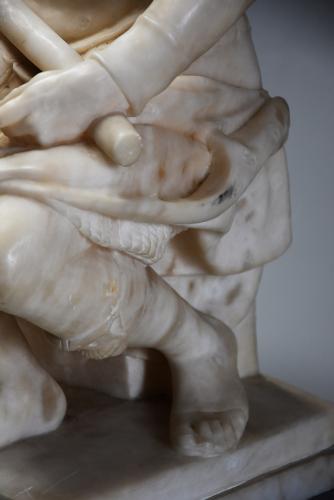 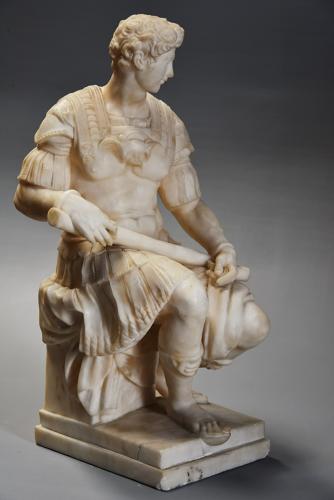 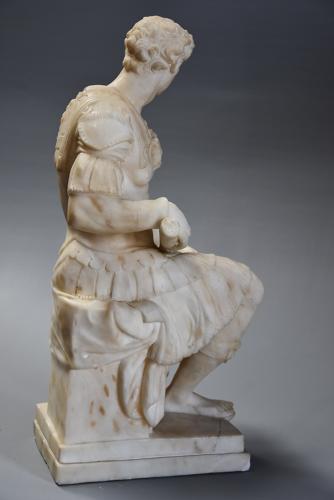 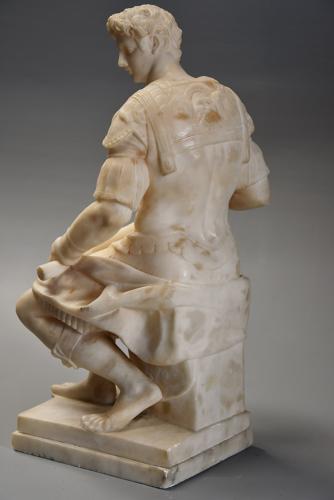 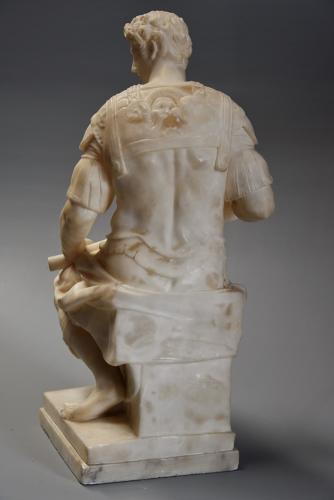 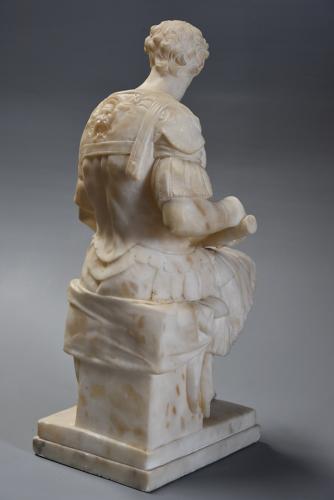