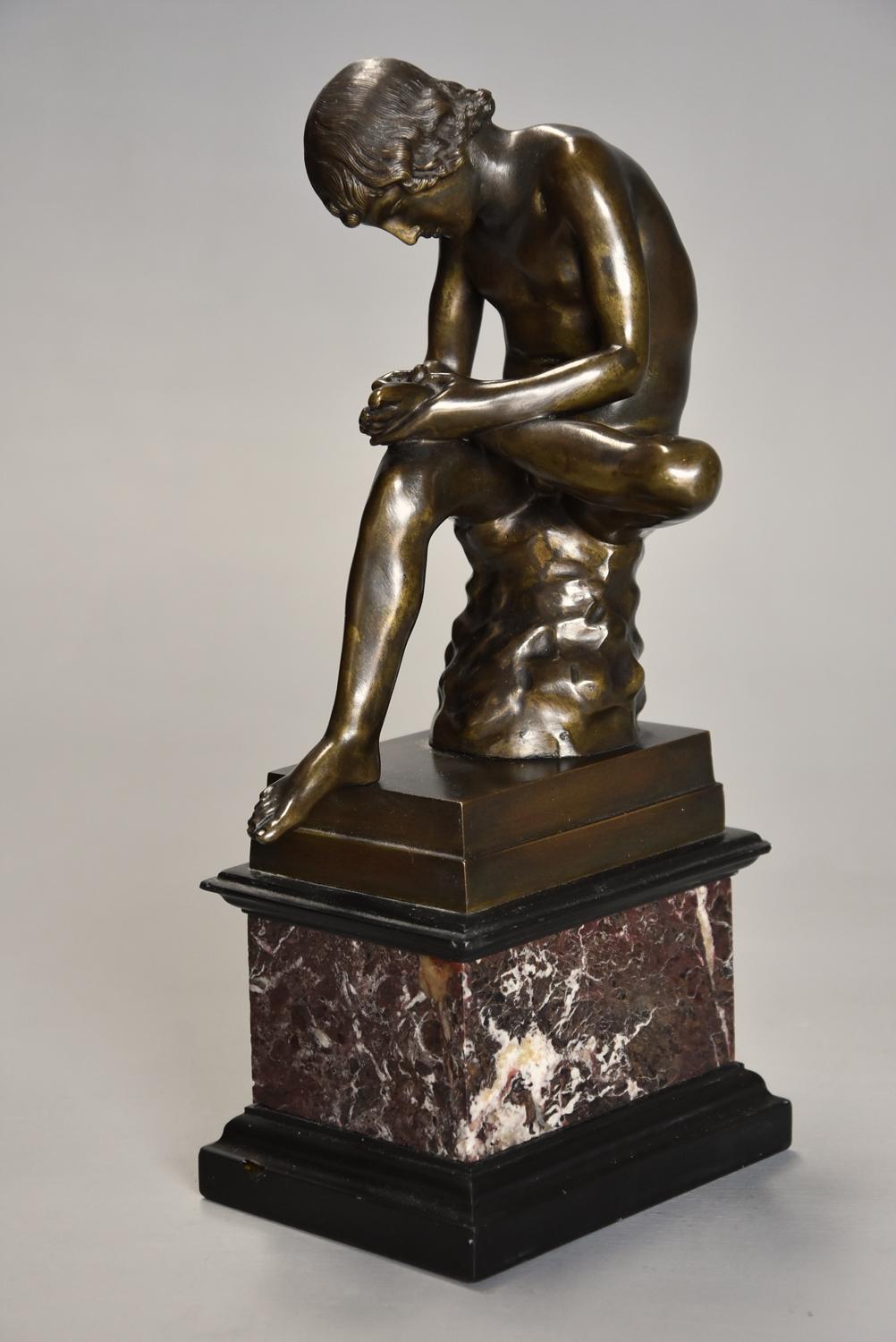 19thc French bronze figure of 'Spinario', after the Antique

A mid 19th century French bronze figure of 'Spinario' or 'Boy with thorn in his foot', after the Antique with good patina raised on marble base - ADDITIONAL IMAGES CAN BE VIEWED BELOW:

The original sculpture, of large scale, is a Greco-Roman Hellenistic bronze of a boy withdrawing a thorn from his foot and can be seen in The Capitoline Museum, Rome where it has been displayed since the 15th century.

In the early Renaissance period this was one of the first sculptures known to have been copied, there is also a Roman marble sculpture in the Medici Collection in The Uffizi Gallery in Florence.

This bronze is in excellent condition for age, is of stable construction and can go straight into a home - it is a nice example being on the marble base. 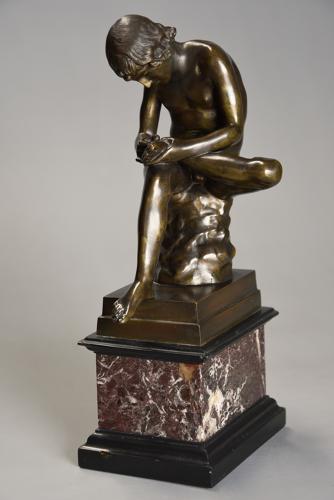 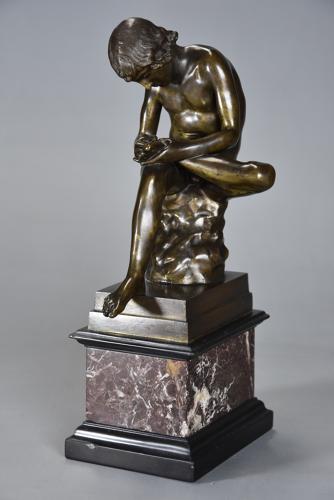 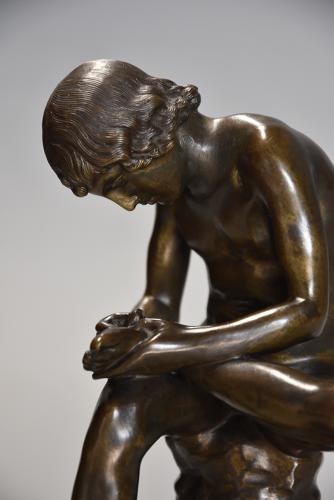 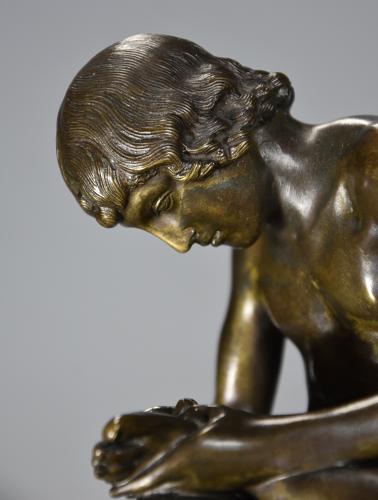 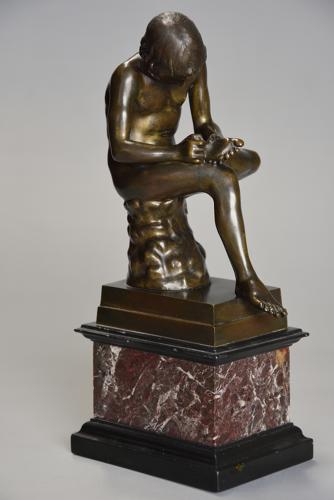 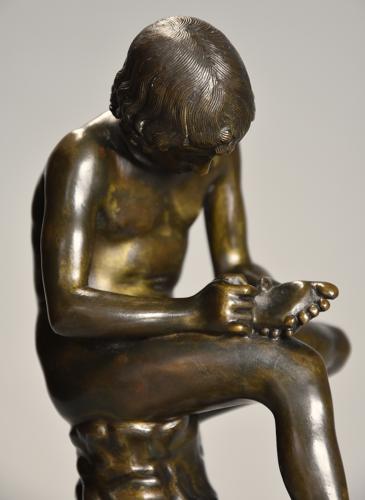 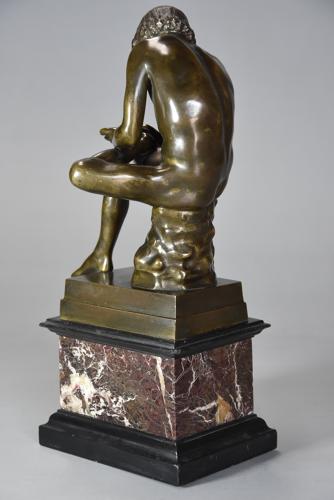 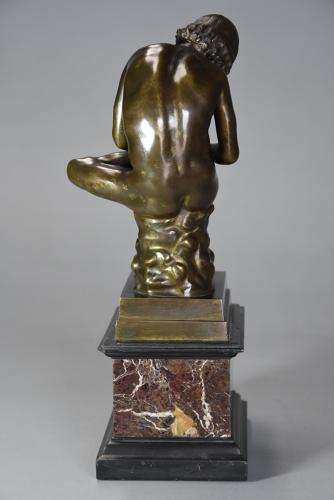