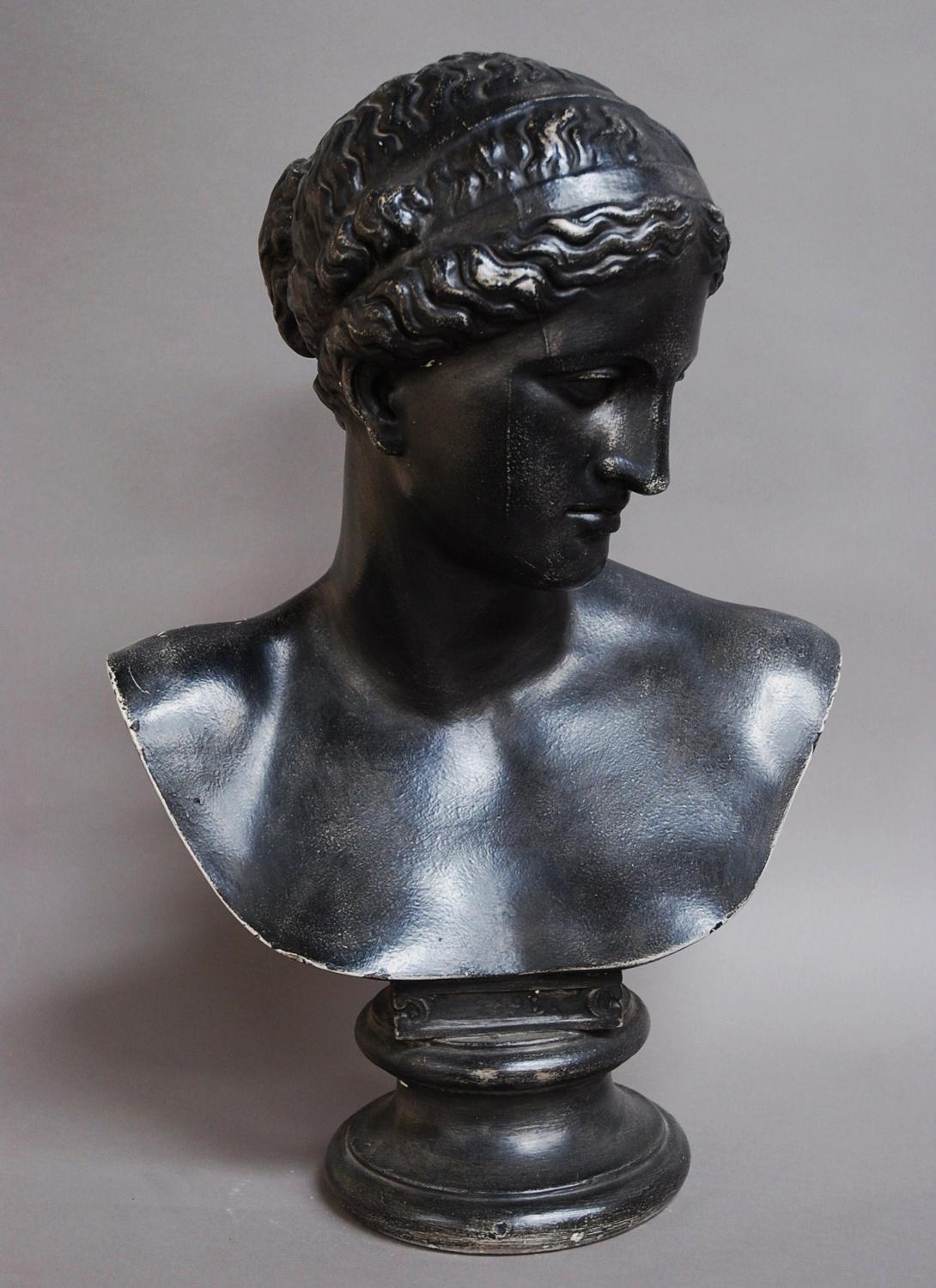 This figure is very decorative and depicts a Classical female, possibly Diana, the Goddess of the hunt, her head looking downwards and her hair braided.

On the reverse she is stamped 'D BRUCCIANI & CO LONDON' - Domenico Brucciani (1815-1880) was a plaster figure maker born in Italy. He came to England with his father who set up a business as a figure maker which Domenico took over. He established a Gallery of Casts in Covent Garden and became the leading figure maker in London also working for the South Kensington Museum (now the Victoria and Albert Museum), the British Museum and the National Portrait Gallery, taking casts of items in their collections and of monuments elsewhere. The business carried on for a number of years after his death.

The figure has a 'bronzed' finish which does have some wear that can be seen in the photos, although mainly at the back, this is still a good size decorative piece in good condition. 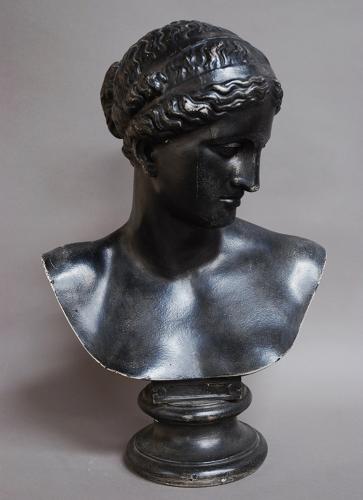 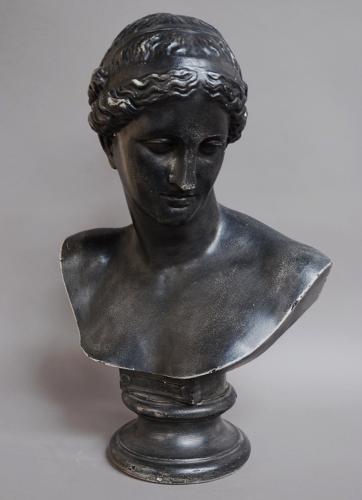 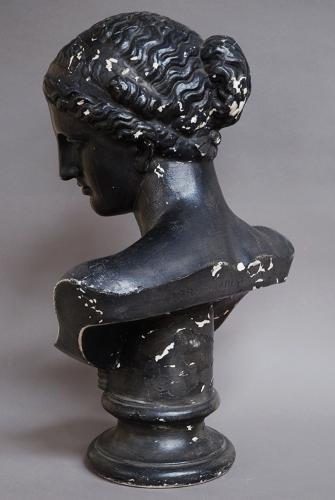 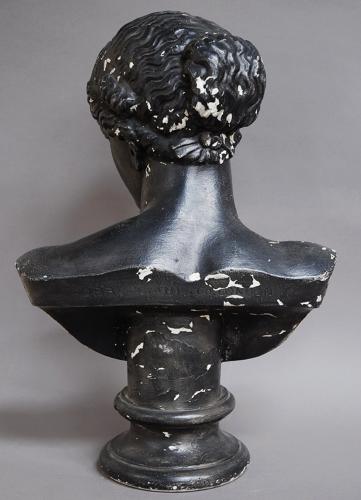 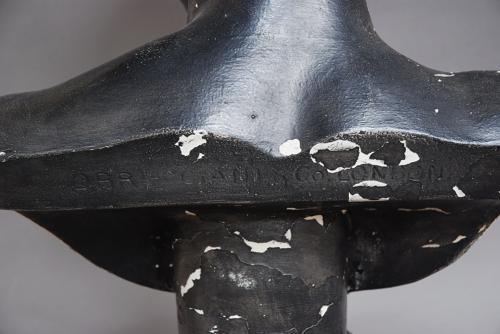 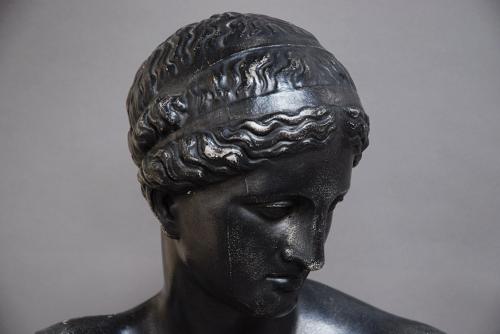 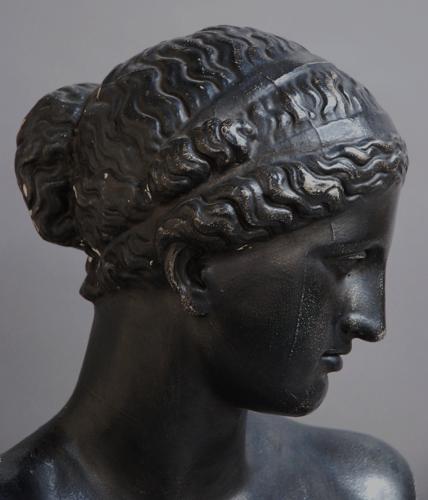 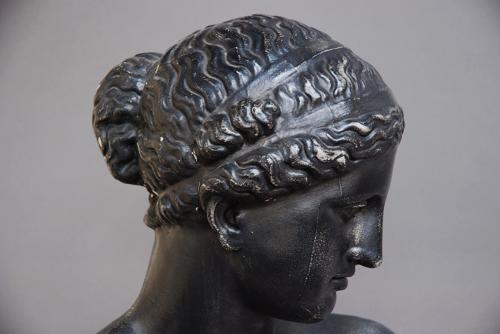 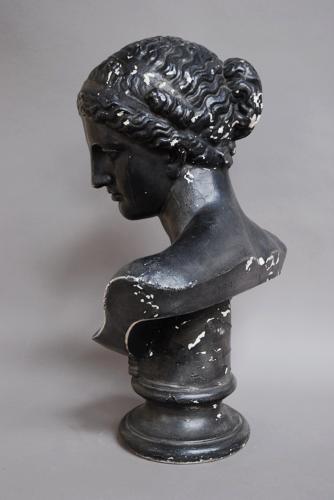 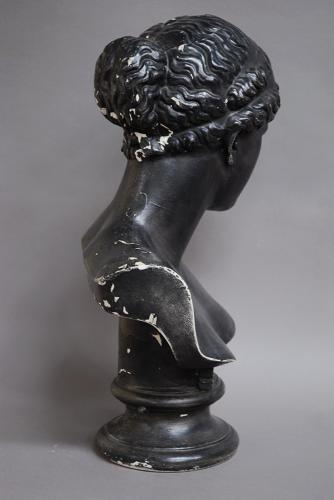 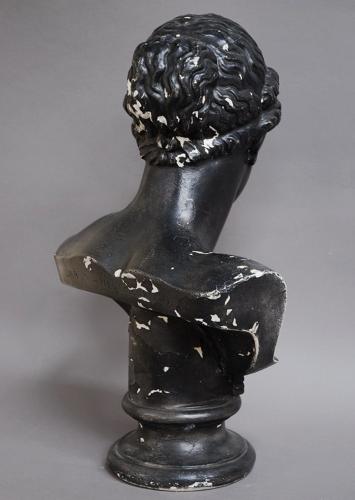