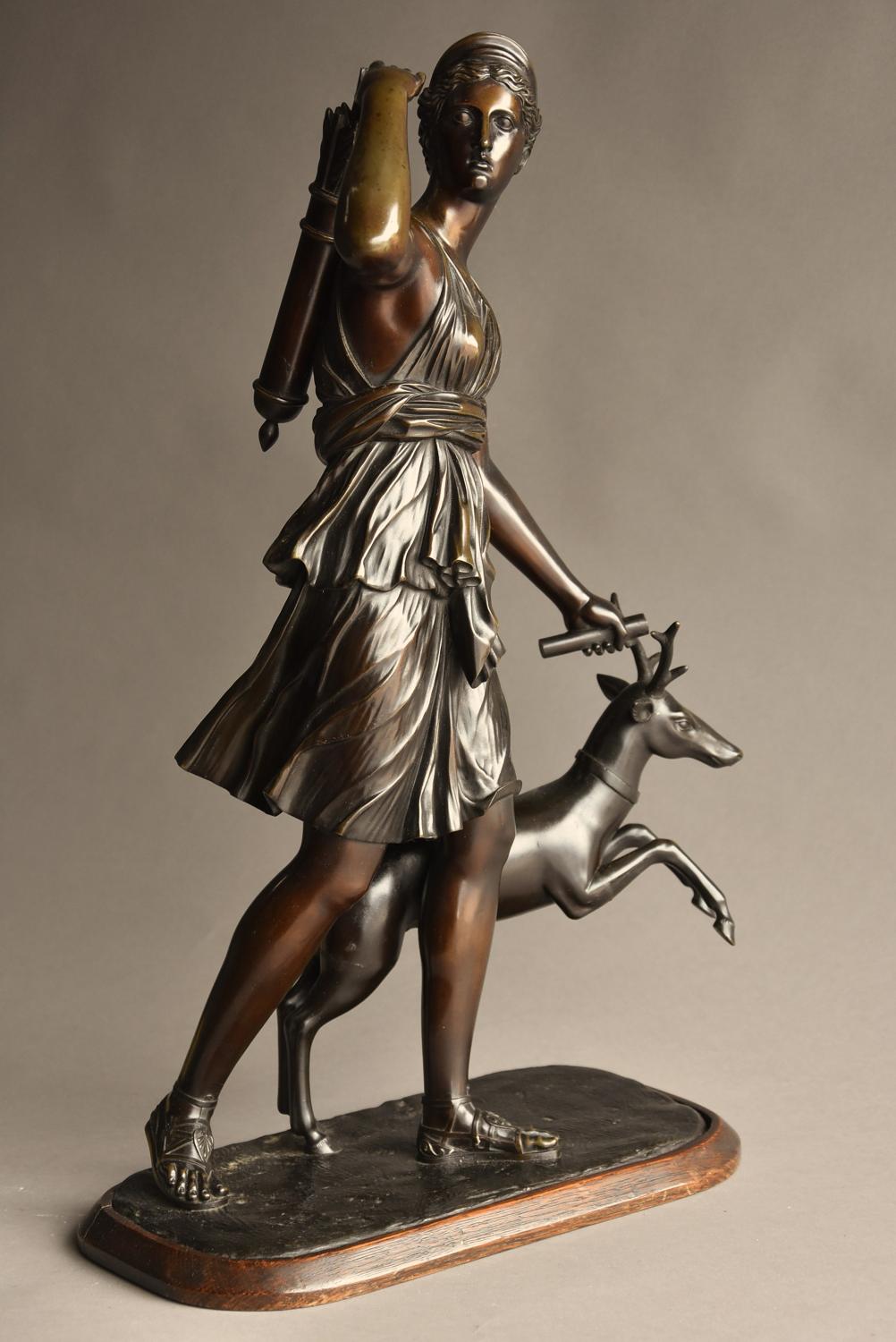 A mid 19th century bronze figure 'Diana of Versailles' or 'Diana the Huntress', after the antique, taken from the original large marble sculpture in The Louvre, Paris - ADDITIONAL IMAGES CAN BE VIEWED BELOW:

In this bronze, Diana is portrayed as the huntress with a vibrant, young male deer to her feet, drawing an arrow from the quiver on her back. She is dressed in a short Dorian chiton (tunic) and wears sandals on her feet and is supported on a wooden base.

The sculpture in The Louvre is believed to be a Roman copy of an original bronze from Greece by Leochares (c 325 BC). The Roman sculpture was discovered near Hadrian's Villa in Italy & was considered in very high regard. It was one of the first Roman sculptures to be seen in France when Pope Paul IV gave it to Henry II of France in the 1550's. She was taken to the Palace of Versailles by Louis XIV which is where her name originates from and later moved to The Louvre where a special gallery was built to house her and where she still resides today.

This bronze is in excellent condition, it has a good patination and can go straight into a home or collection. 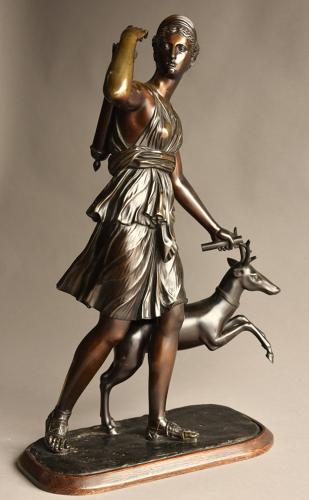 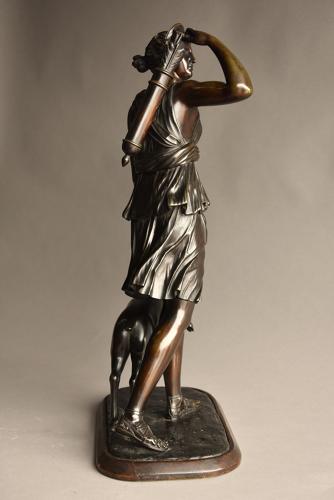 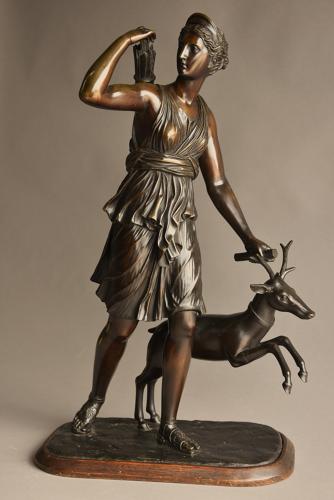 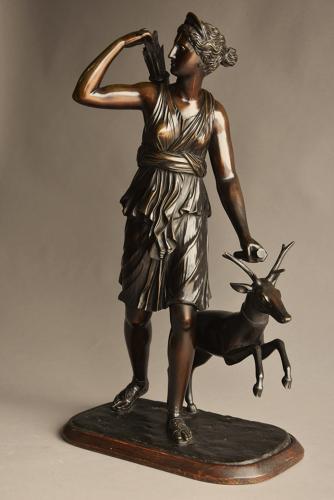 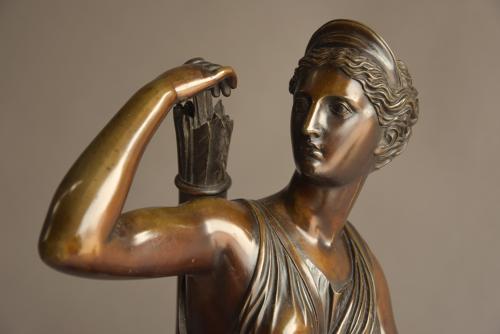 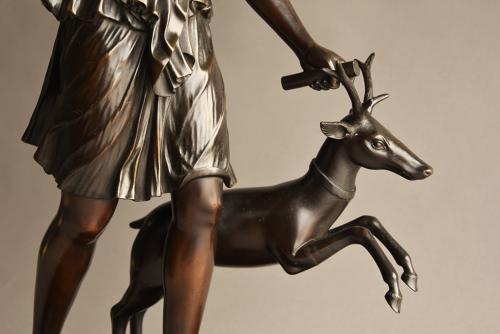 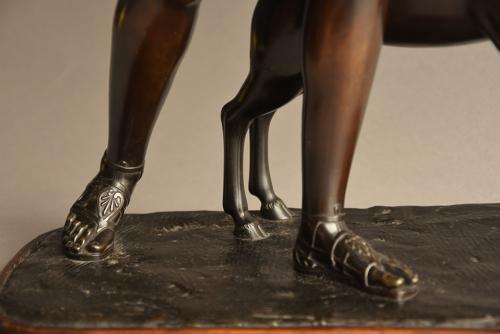 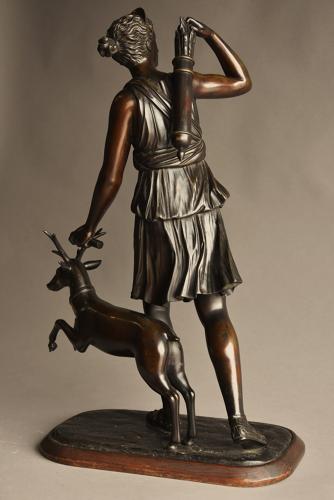 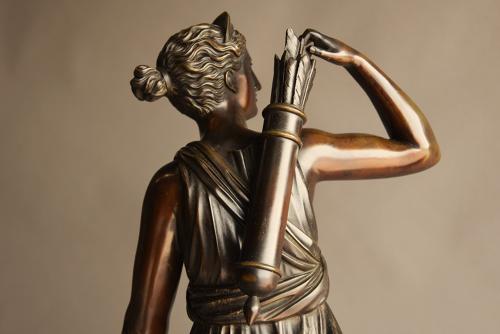 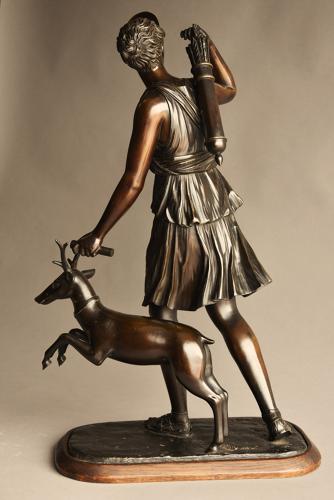 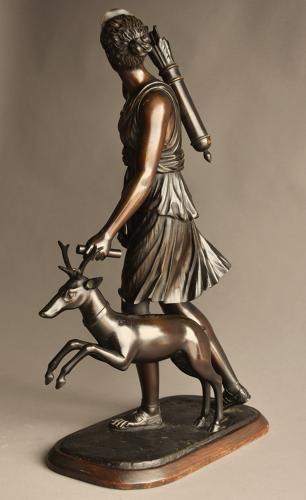 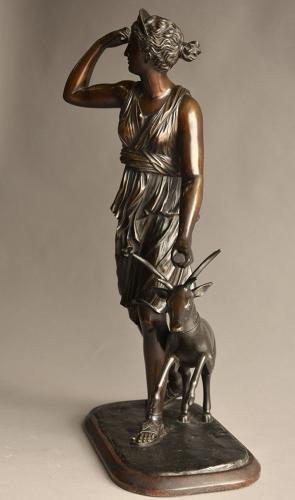