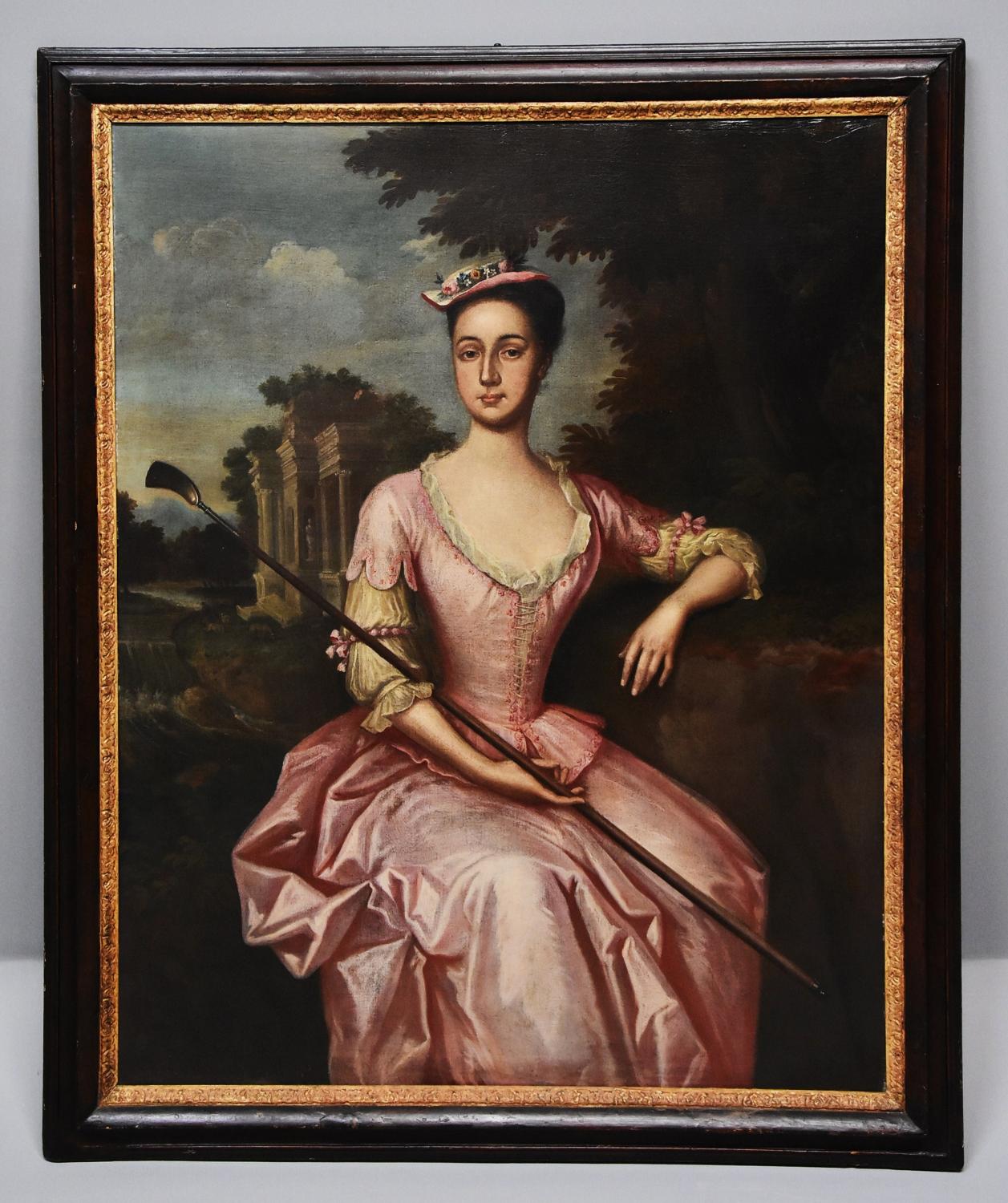 A large 18th century portrait, oil on canvas circa 1780, of a young woman, believed to be Mary Yeats, daughter of John and Sarah Yeats, the painting attributed to John Lewis (British 1744-1780) - ADDITIONAL IMAGES CAN BE VIEWED BELOW:

The young woman, seated and holding a riding crop wears a full length pink silk dress with a Classical landscape in the background, the stained pine frame and carved gilt slip being original.

The painting and frame are in good condition for age, there is evidence of some old restoration but the paint is stable and well matched and the painting would be a superb addition to a large wall.

Provenance: The Yeats Family, Ashton House, Beetham, Cumbria, from its execution and by descent. 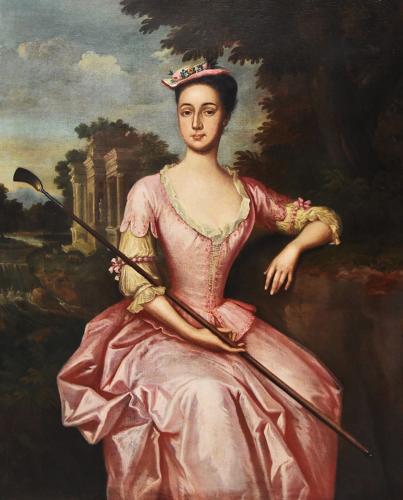 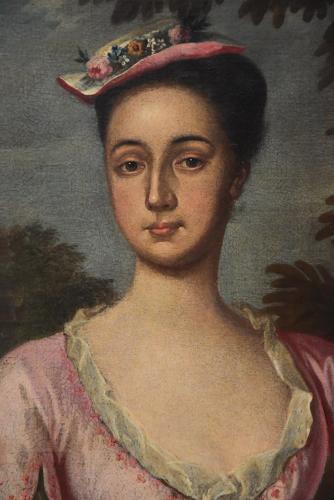 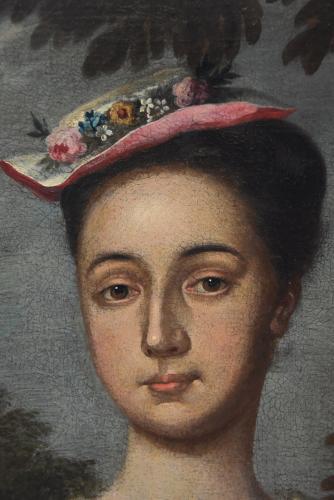 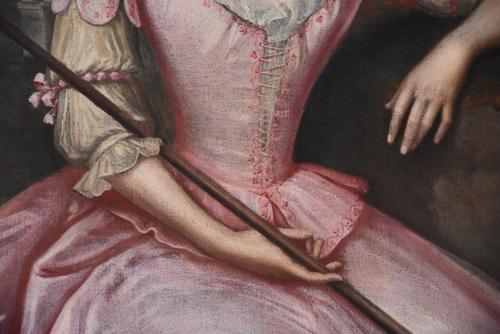 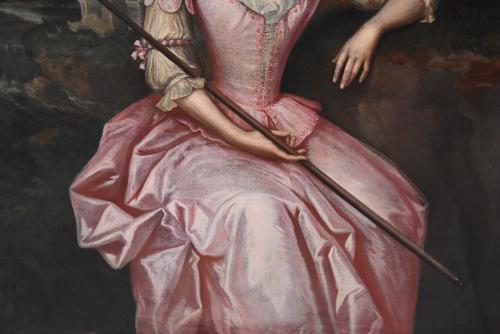 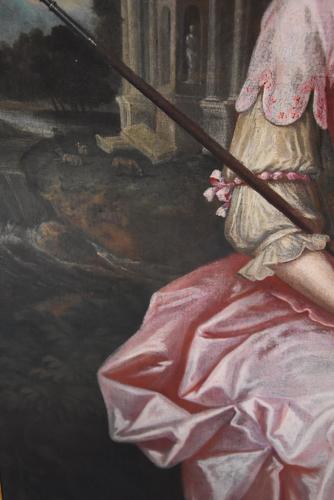 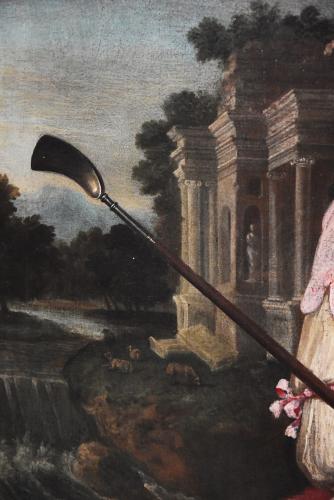 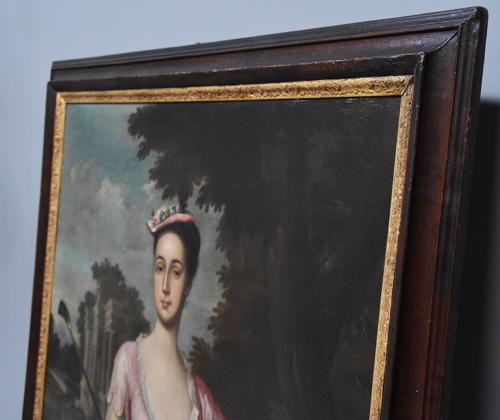 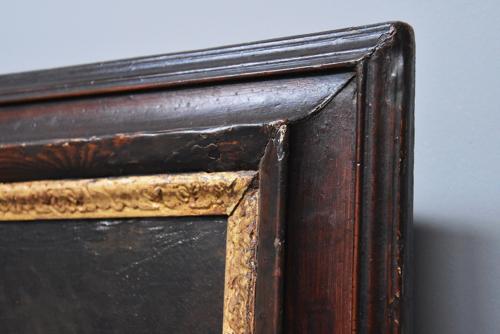 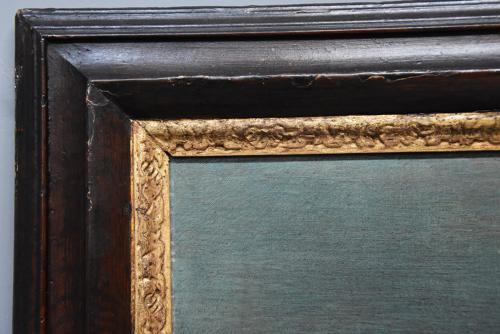 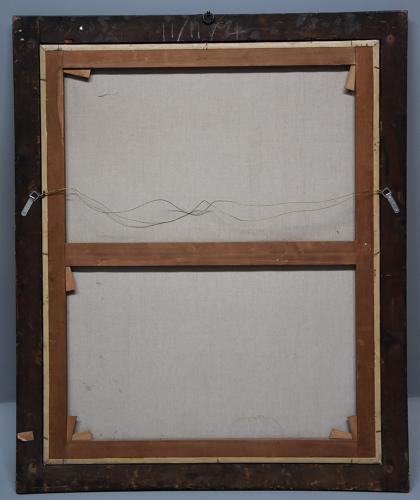