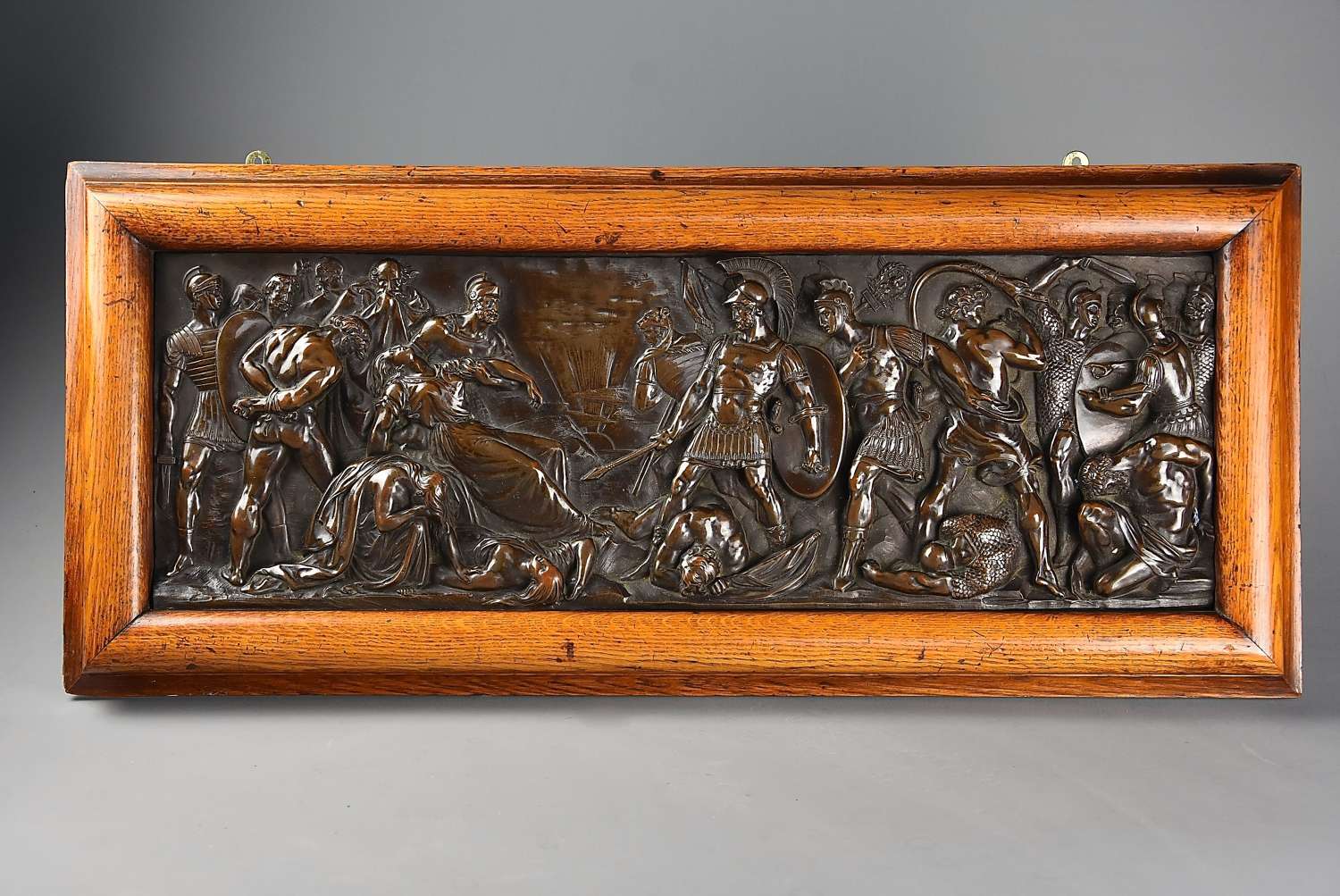 This bronzed plaque of a Classical battle scene depicts warriors in battle, some wearing armour and holding shields, all within a light oak frame.

‘Elkington & Co’ in Birmingham was set up by bothers George Richards Elkington & Henry Elkington in the 1830’s as a silversmiths, in 1838 they discovered and patented a new technique of electroplating one metal onto the surface of another metal and by 1840 they had started to produce such items.

‘Elkington & Co’ were one of the most important and also main producers of silverplate at the time and received both Royal and Imperial warrants and exhibited at the Great Exhibition in 1851, they also produced items in other metals such as this particular piece.

This plaque is in good condition for age and can go straight into a home, there are existing fixings to the reverse. 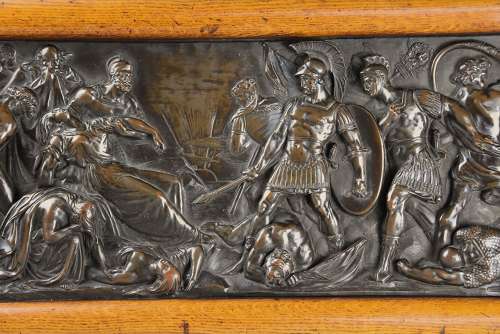 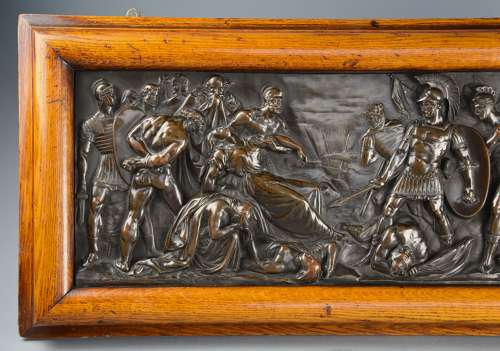 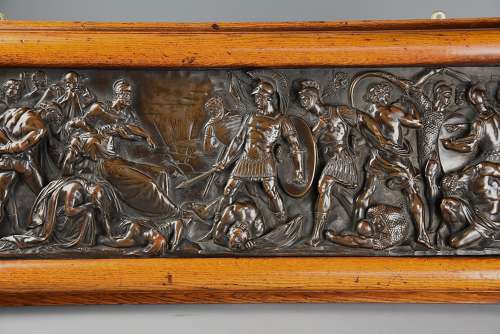 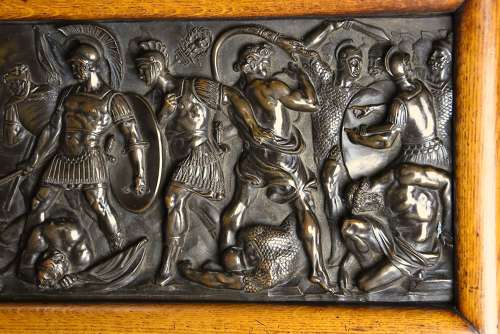 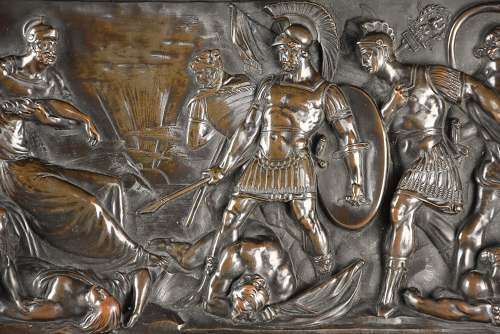 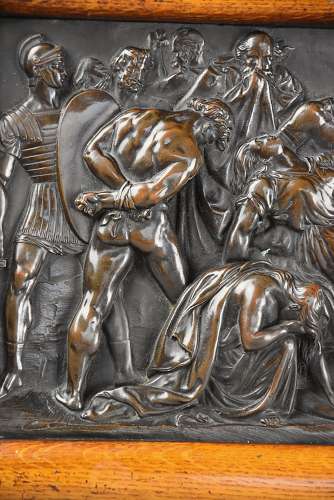 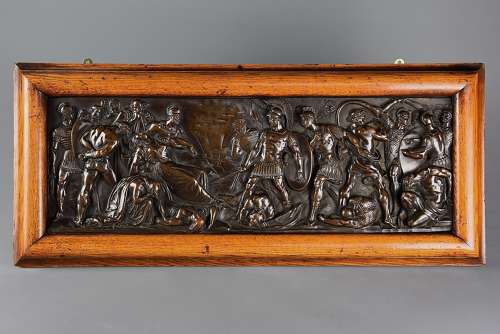 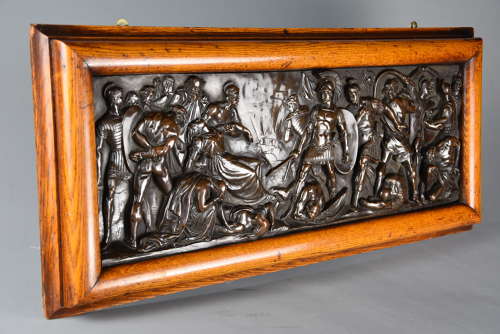 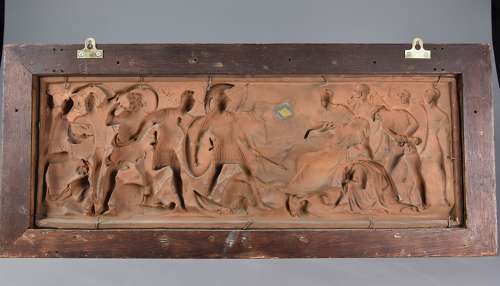 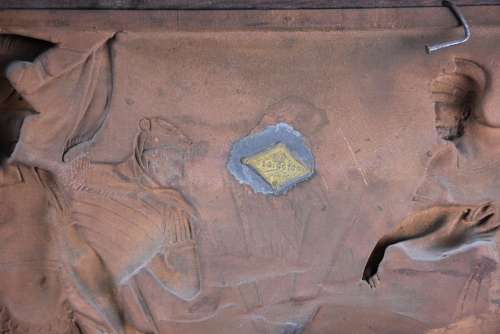 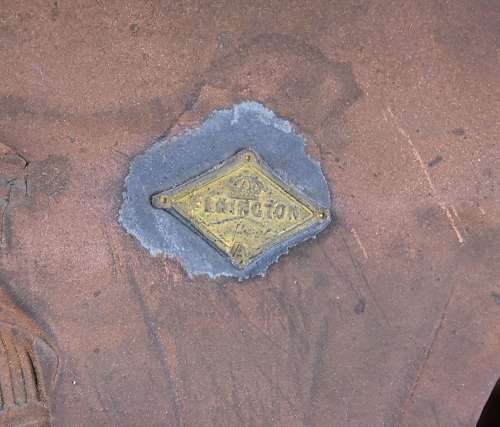 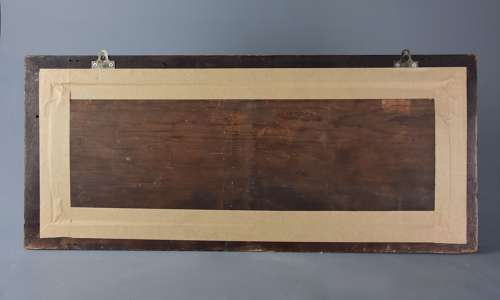