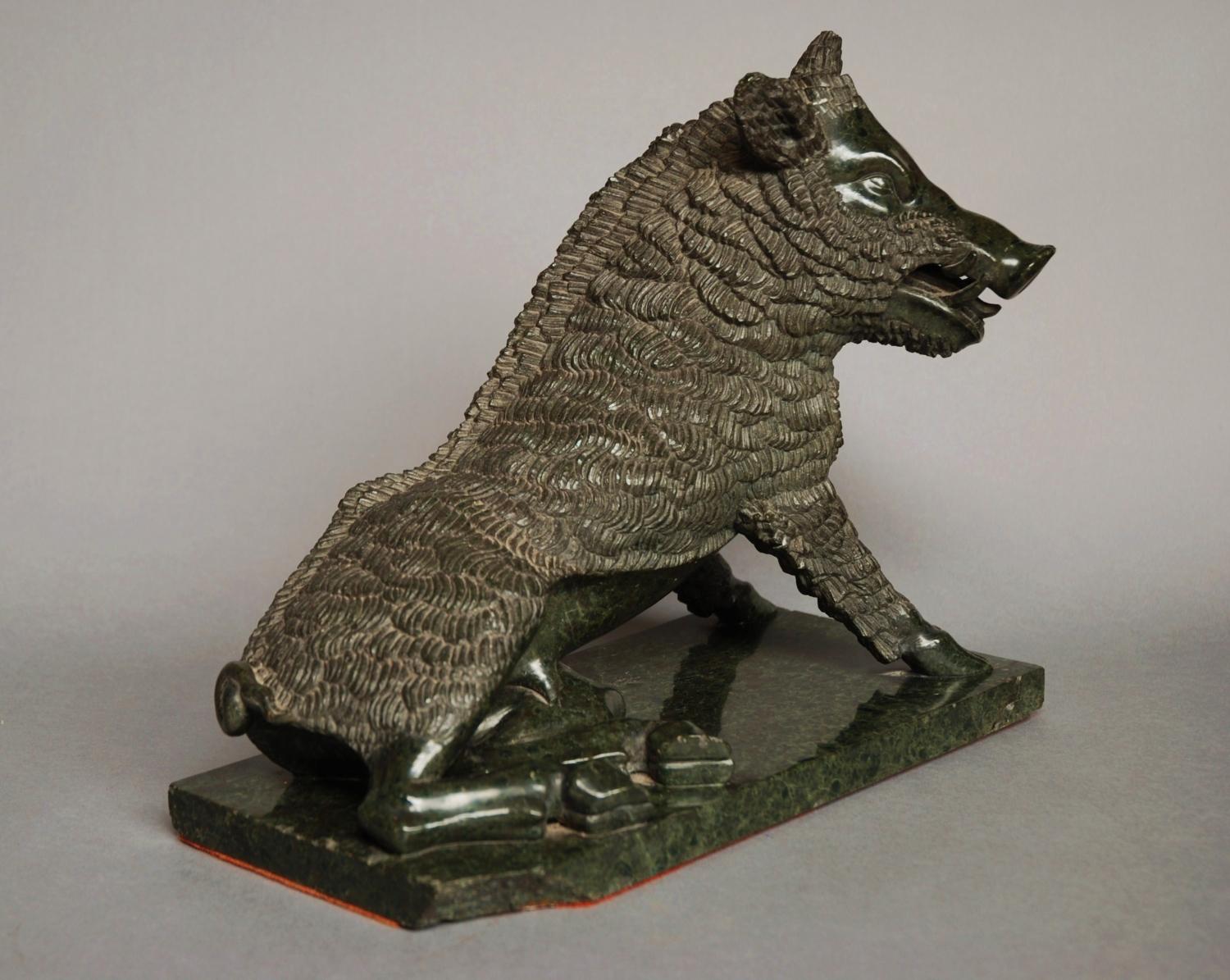 This piece is taken from an original carved marble figure by a Greek sculptor during the centuries BC.

In the 17thc the Italians produced a copy of the boar in marble, now in the Uffizi Museum in Florence.

There are many examples of this image such as the bronze fountain sculptored by Pietro Tacca in Florence.

The verde Prato serpentine has been quarried for centuries near to Prato, northwest of Florence in Italy.

The Serpentine stone is so named due to the resemblance to the skin of a serpent.

This piece is in very good condition, there is slight damage to one corner of the base but this is not uncommon due to the fragility of the stone. 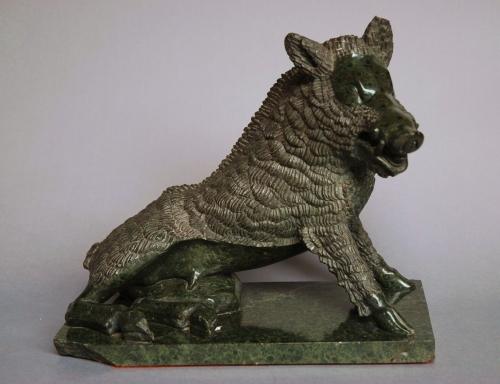 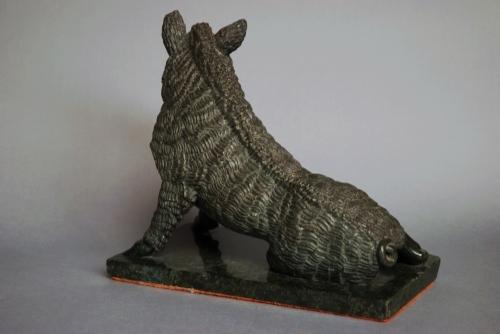 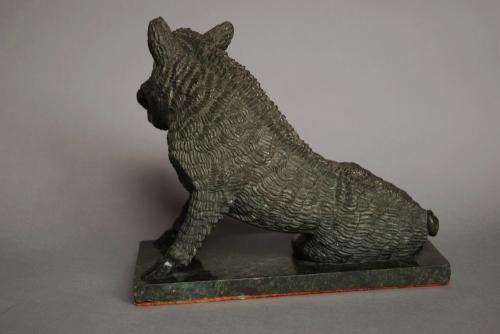 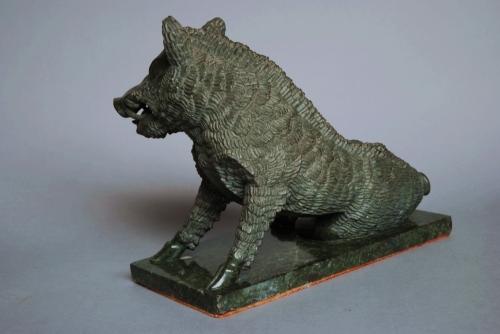 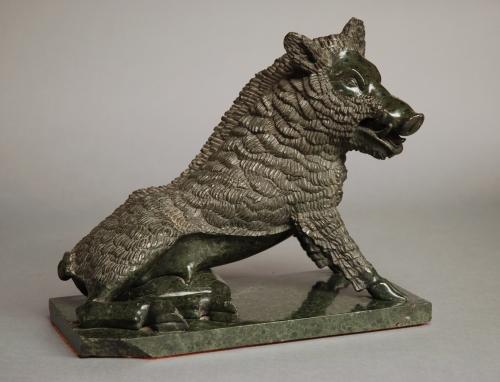