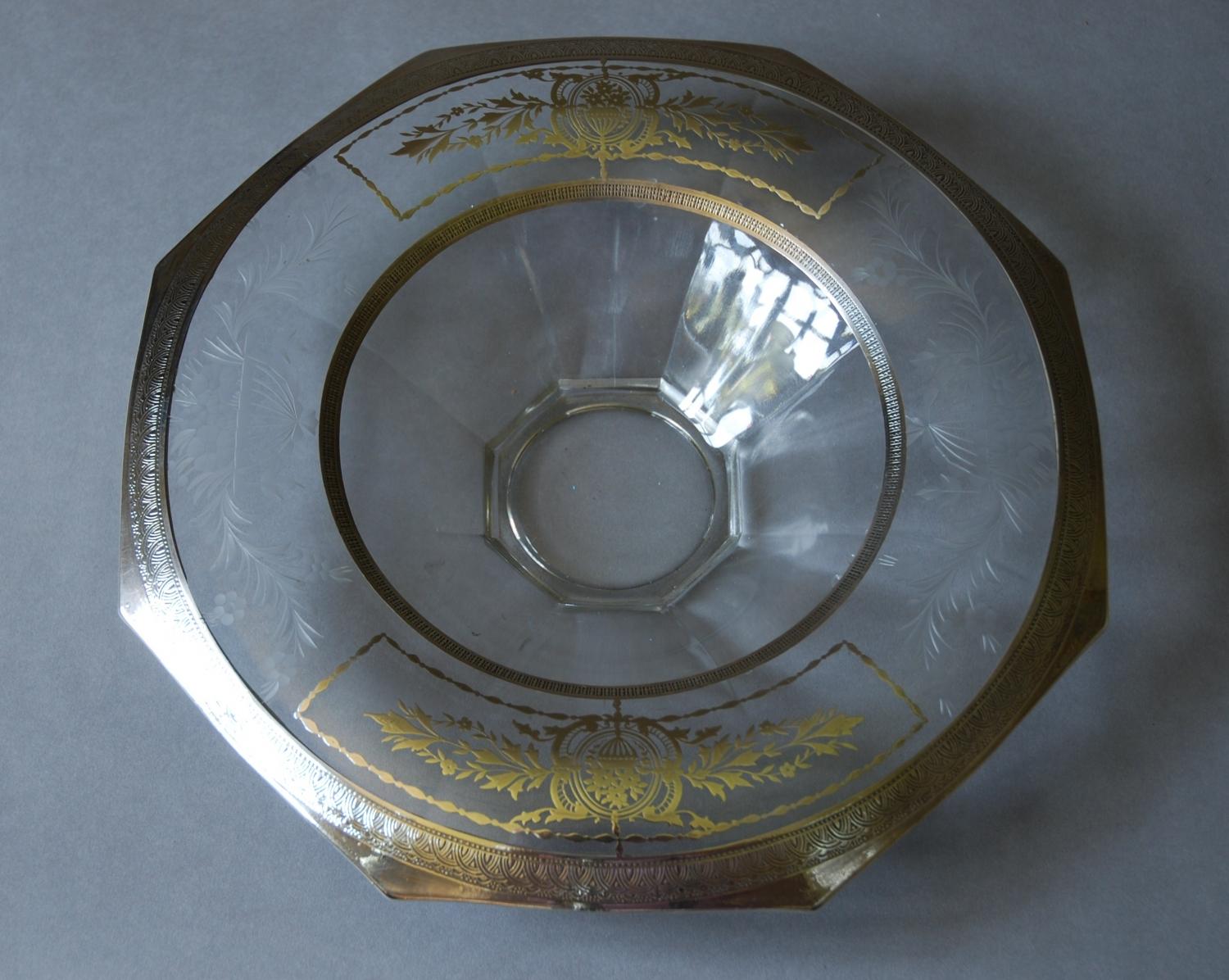 The piece had both an outer and inner silvered rim, both having an engraved design.

The glass bowl has an identical etched design on opposite sides depicting a vase with trailing flowers.

On the other two sides there is an identical overlaid white metal decoration on opposite sides depicting the same vase of trailing flowers.

This item is in very good condition and could either be used as a bowl or just as a decorative object.. 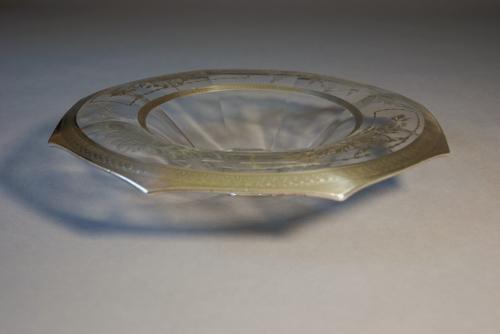 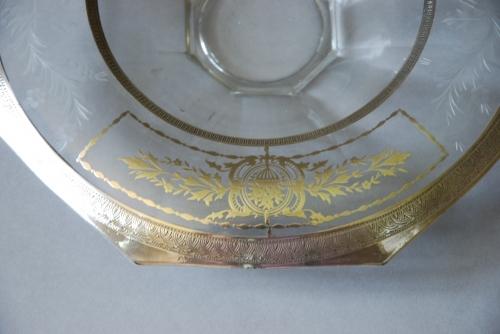 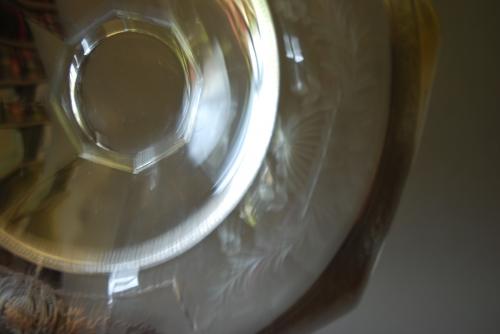