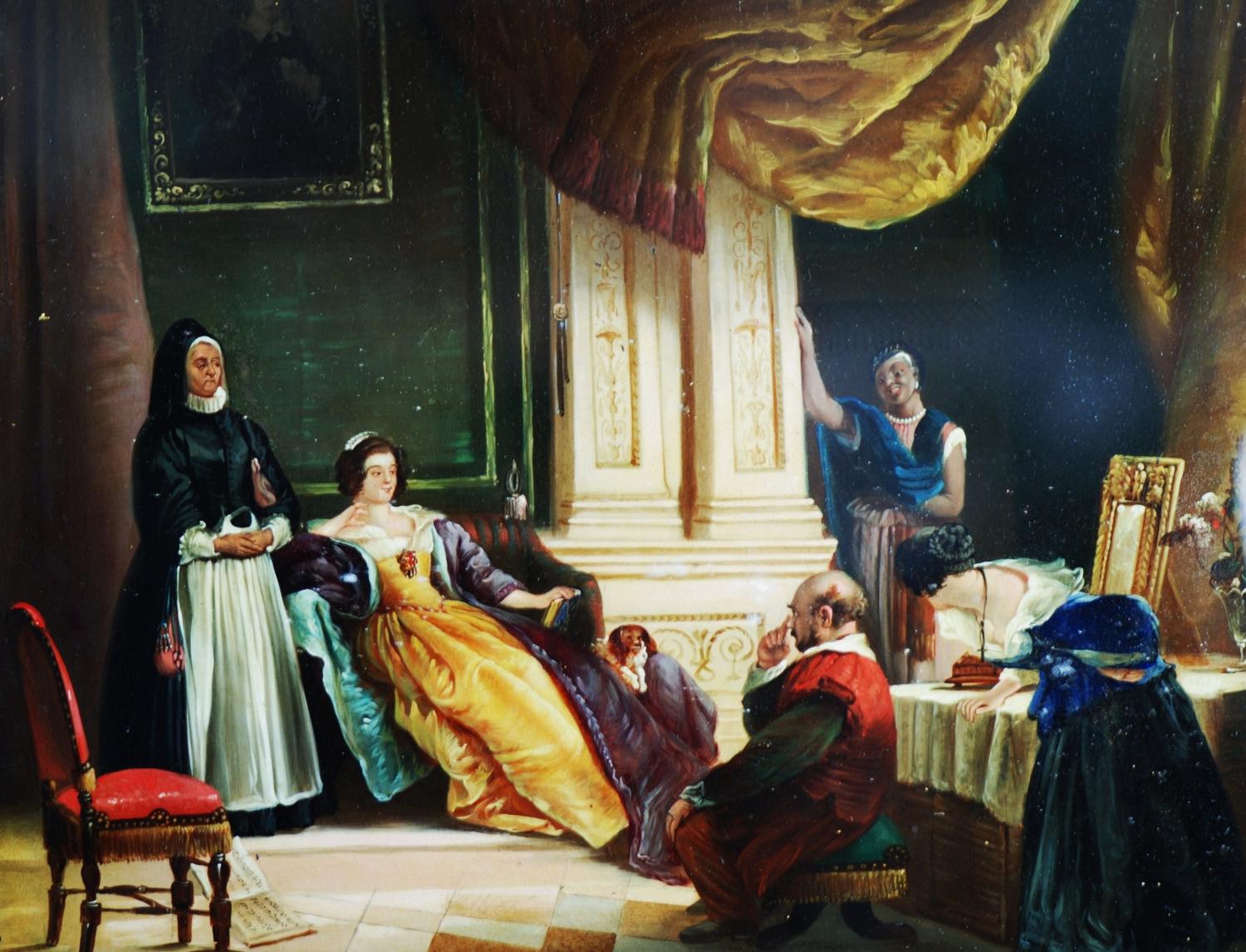 A finely painted mid 19th century papier mache mounted panel of 'Sancho & the Duchess', in a gilded frame. This is after Charles Robert Leslie.

Various 'Japanners' were creating work of this quality such as the company Jennens & Bettridge from Birmimgham.

The panel is surrounded by a shaped & gilded edge & is mounted onto green fabric, framed within a gilded wooden frame. This panel was possibly originally a hand held face screen.

This subject was influenced from the 'Don Quixote' books where the character 'Sancho' became the Squire to Don Quixote & they had many adventures together.

This oil is of fine quality & on closer examination there appears to be some marks on the surface, however these are fragments from the gilt edging lying on the surface of the panel.

Size of complete frame: Size of panel only:

FURTHER IMAGES CAN BE VIEWED BELOW: 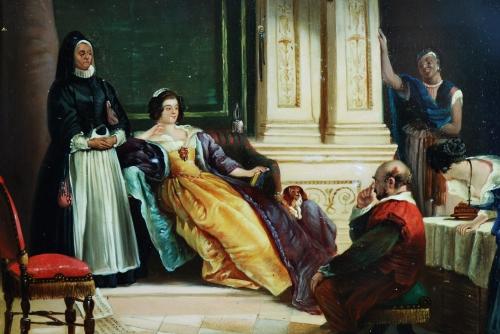 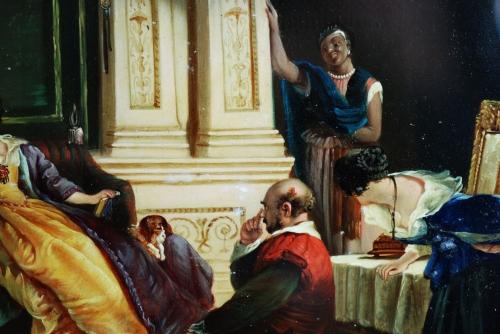 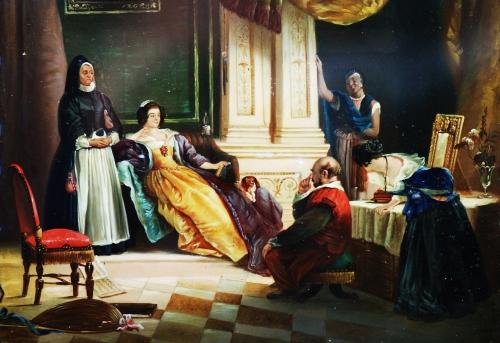 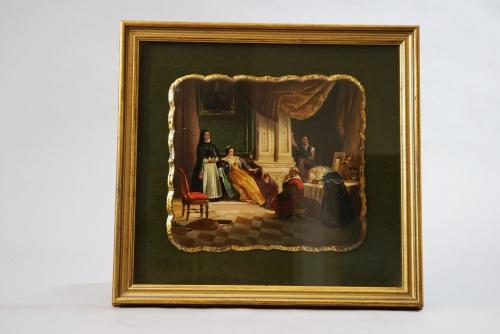