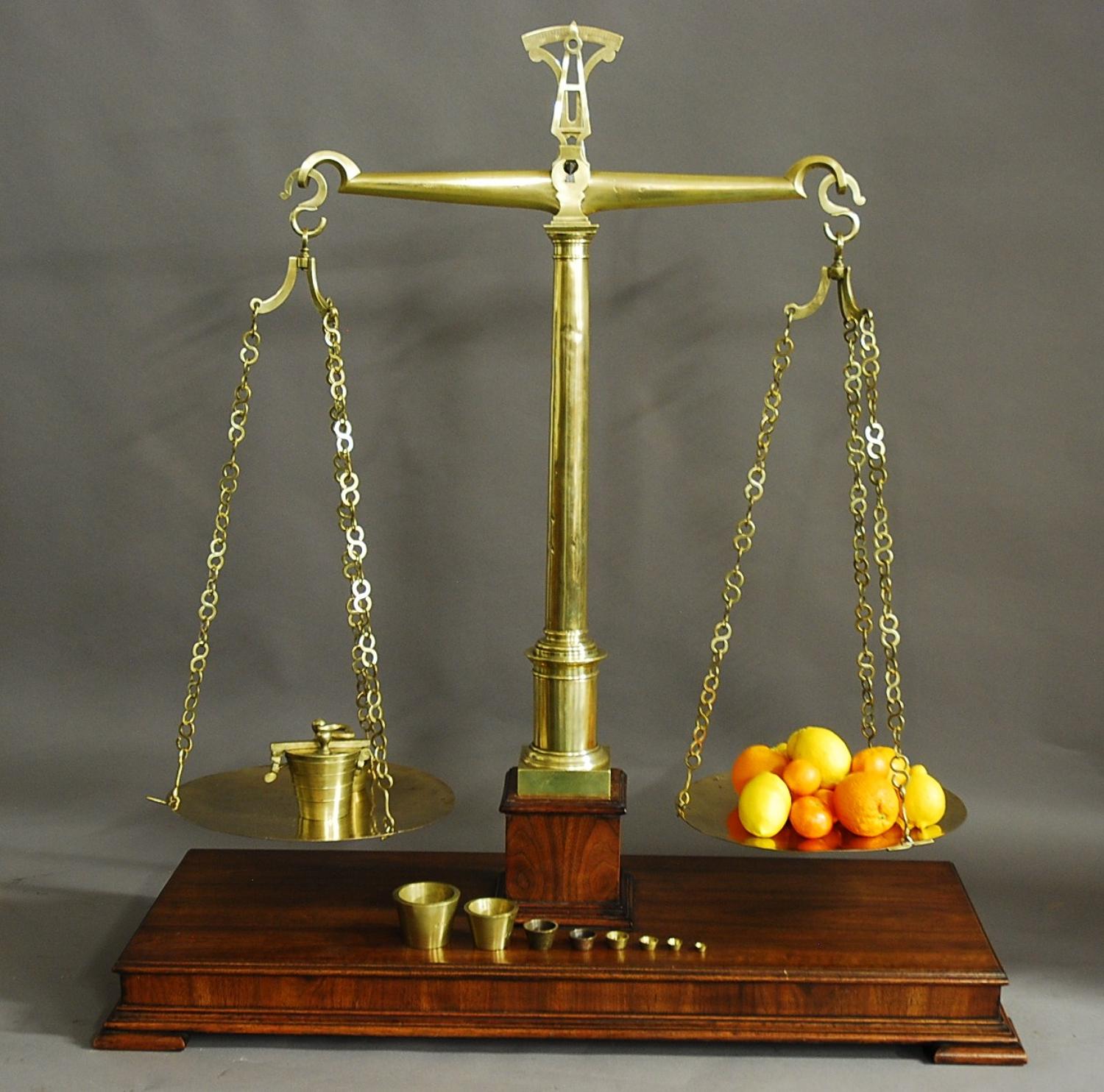 The scales have an arrow to the top which points to the appropriate weight with horizontal beam and a central brass column. The beam has twin circular pans and chains suspended from it, the pans having various stamps to them and the brass column is mounted on a walnut base.

The scales and weights are both in excellent original condition and could either be used for weighing items or purely as a very decorative piece. 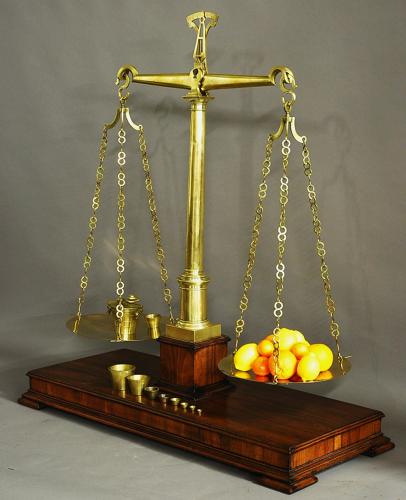 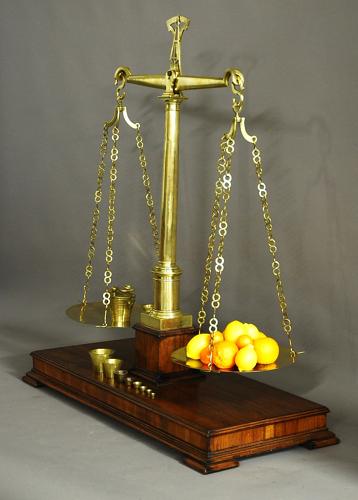 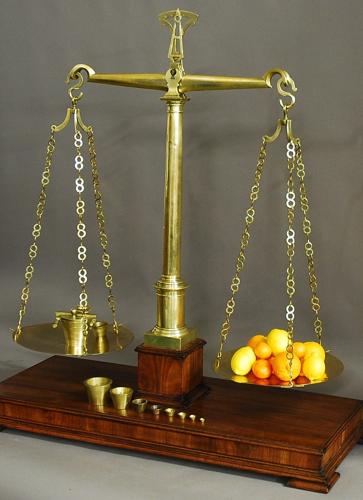 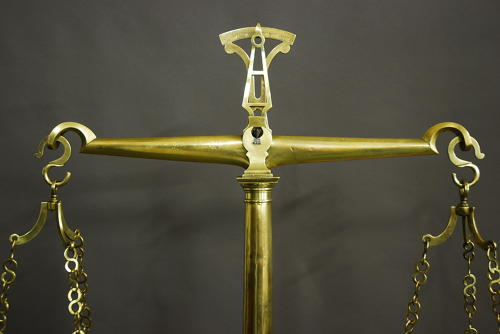 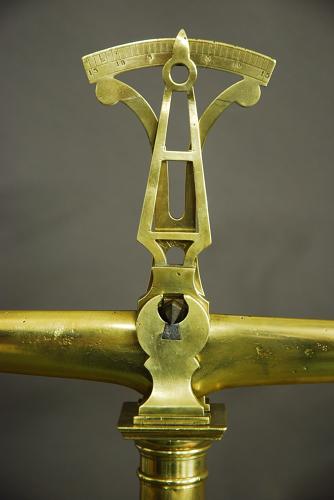 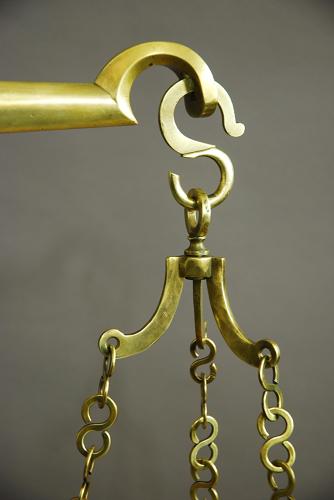 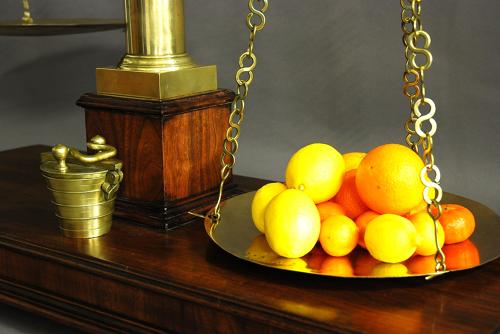 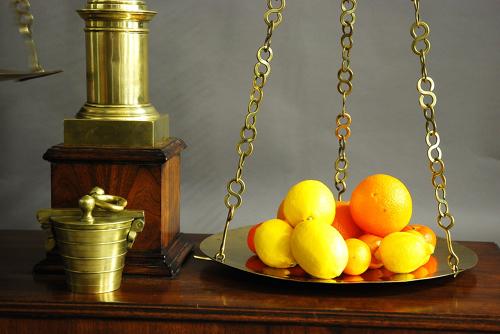 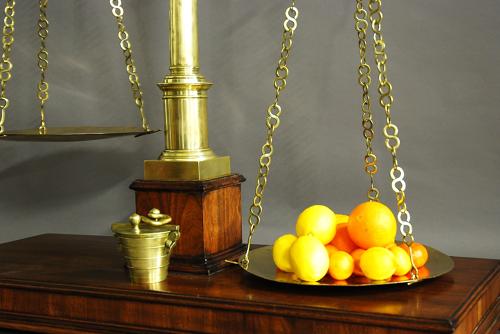 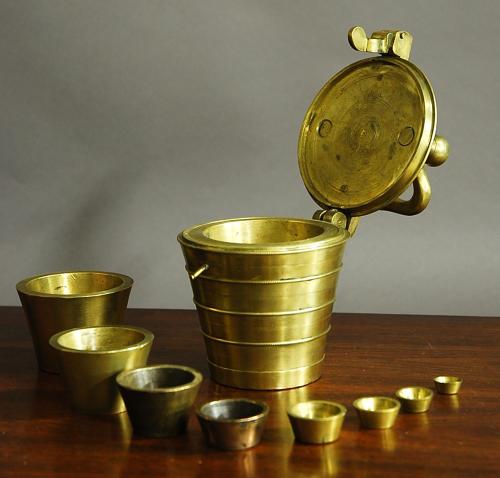 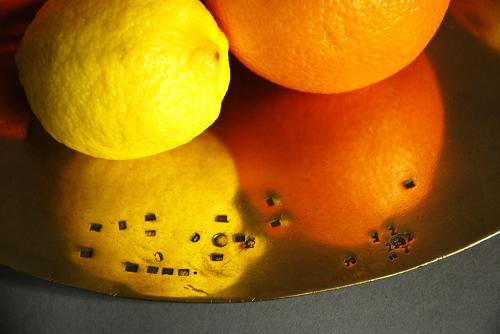