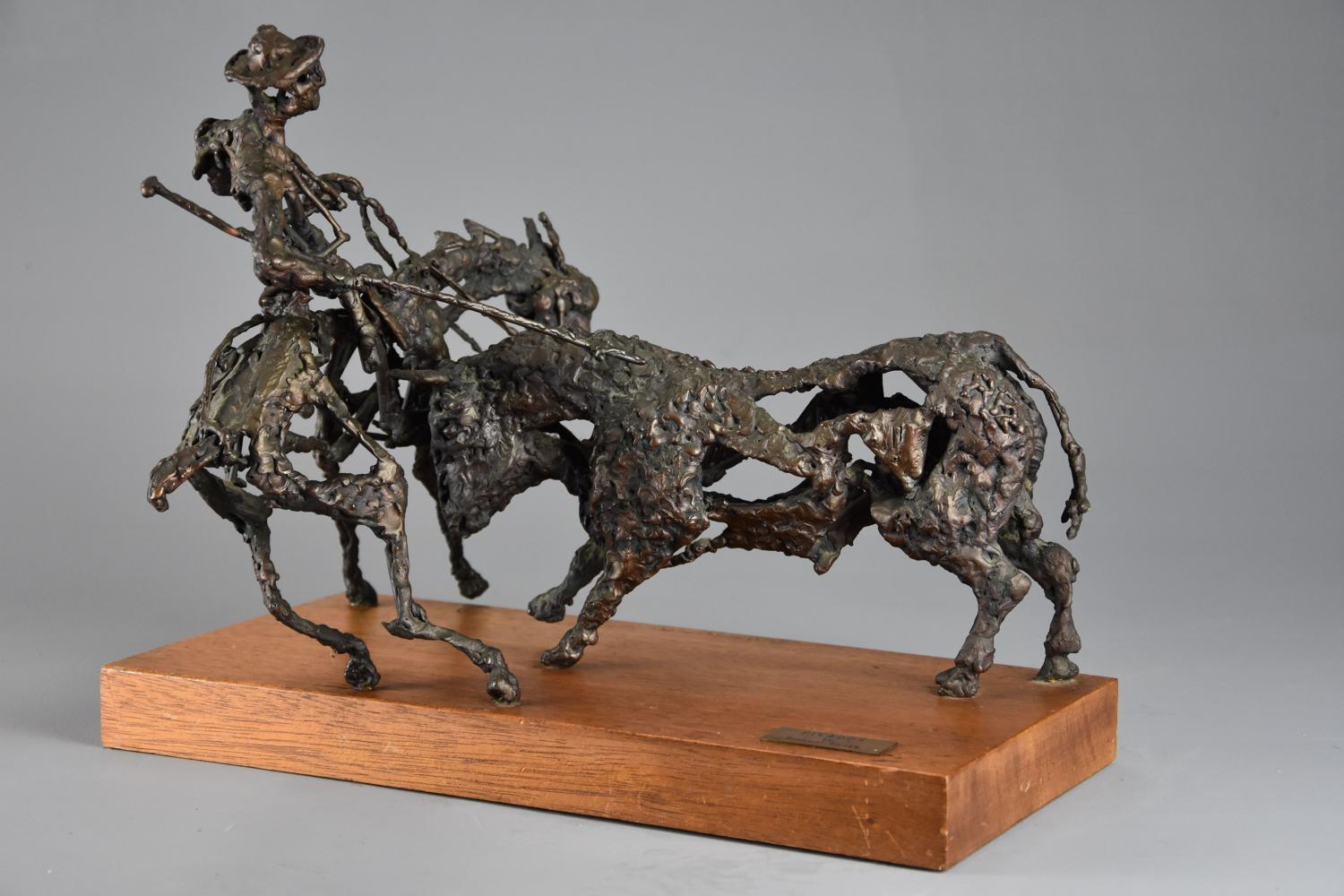 A bronze sculpture 'The Picador' by Daniel Rintoul Booth (1932-1978) - ADDITIONAL IMAGES CAN BE VIEWED BELOW:

This bronze portrays a bronze Picador (or horseman in a Spanish bull fight) on horseback holding his lance near to the bull as he prepares the bull for the Matador, supported on teak wooden base with brass plaque. 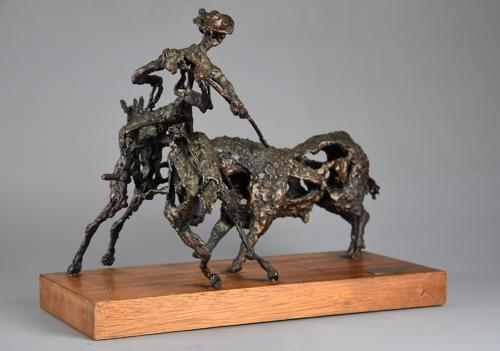 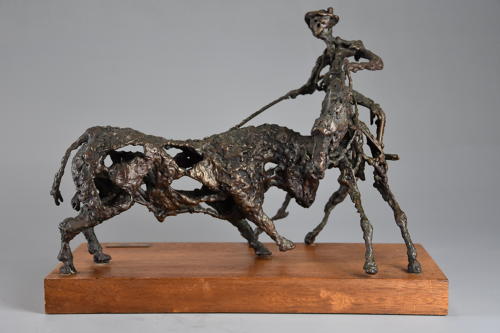 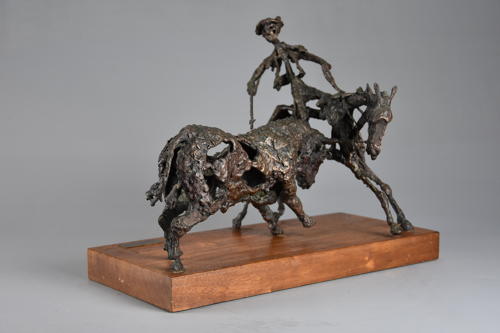 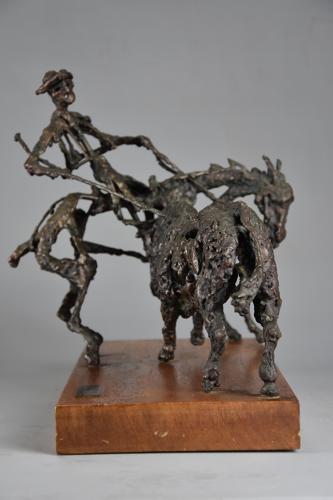 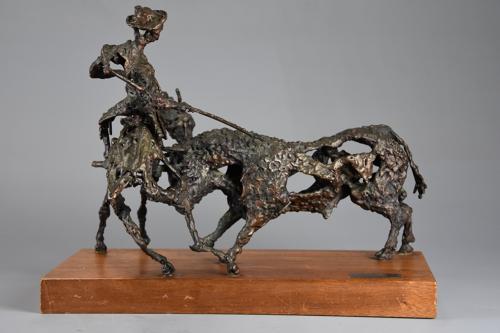 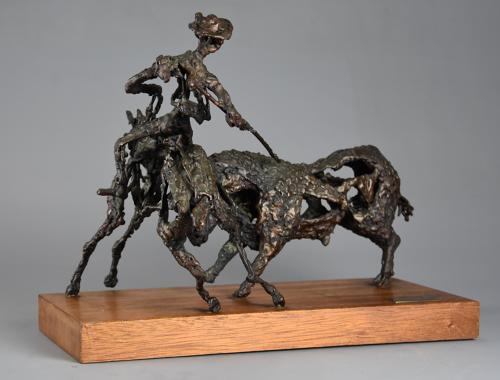 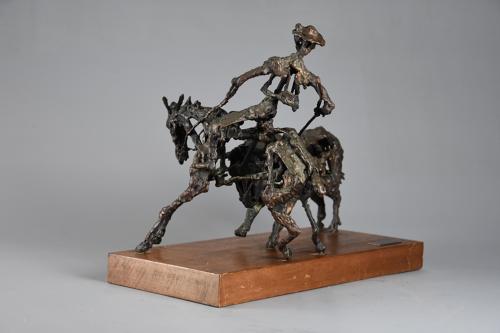 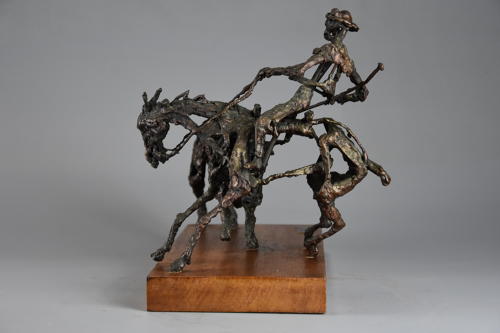 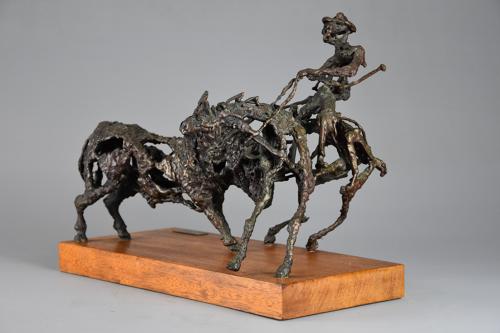 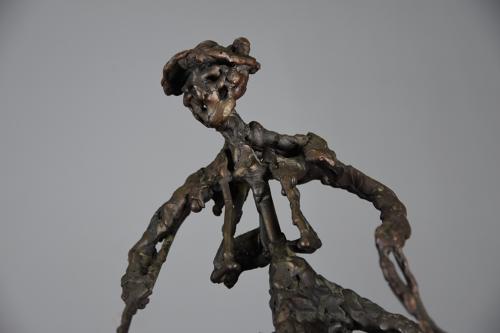 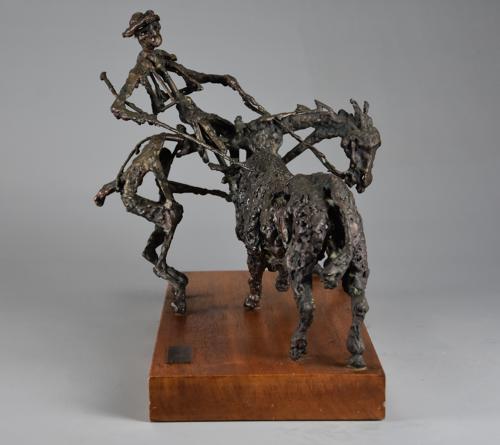