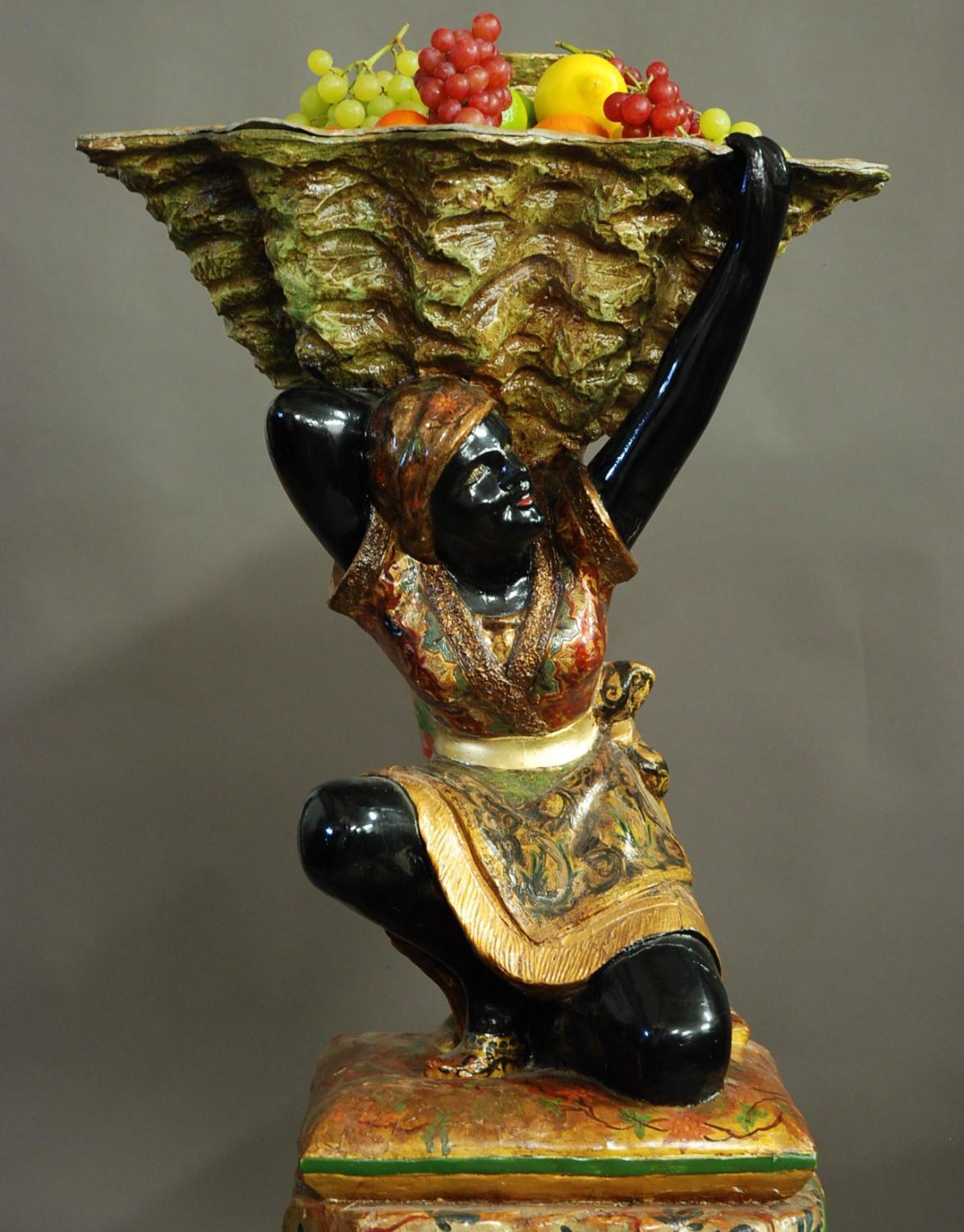 The figure is depicted kneeling on a cushion, leading down to the base which is painted with a draped fabric effect and supported by four gilt hairy paw feet.

The figure could be used as a planter or to display various items such as fruit etc, it certainly creates a very decorative display.

The figure is in good original condition with some paint losses and evidence of some re-touching. 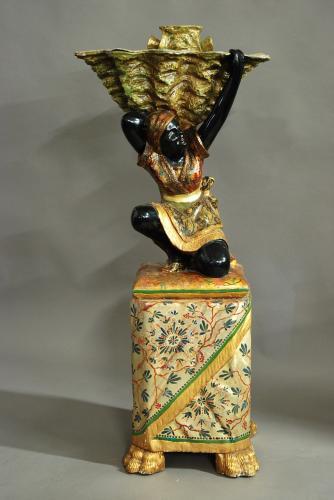 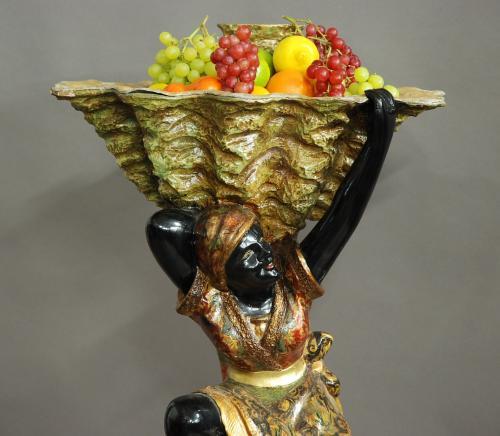 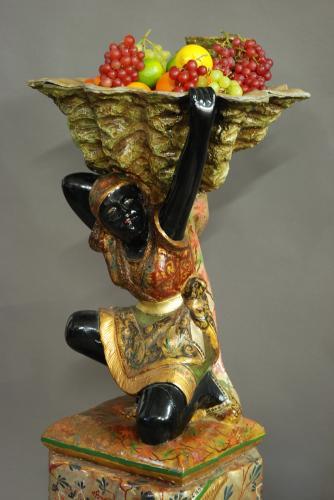 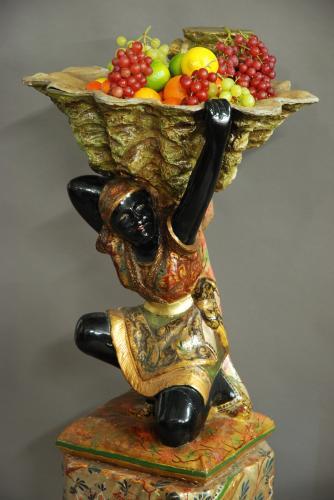 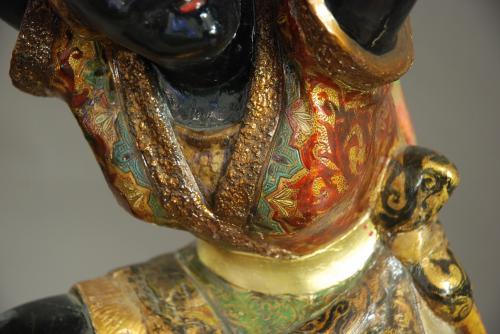 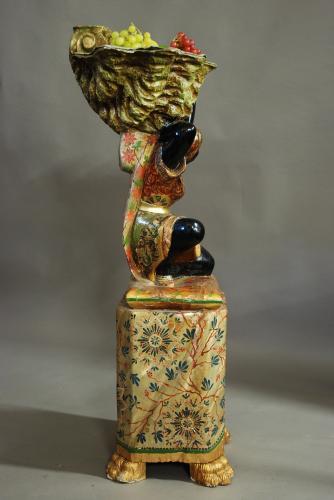 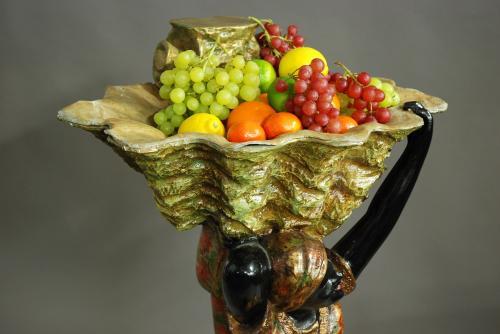 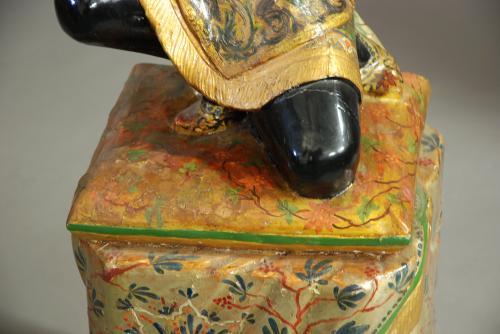 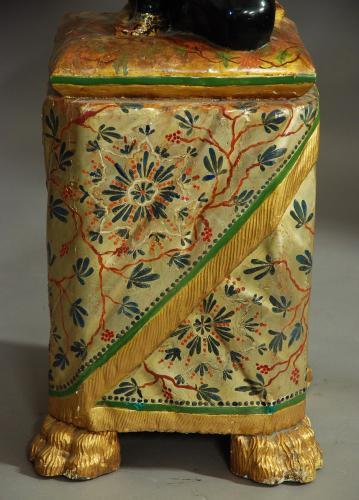 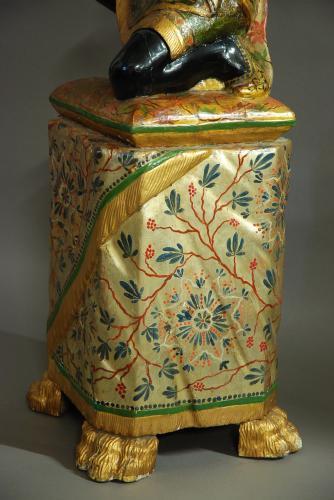 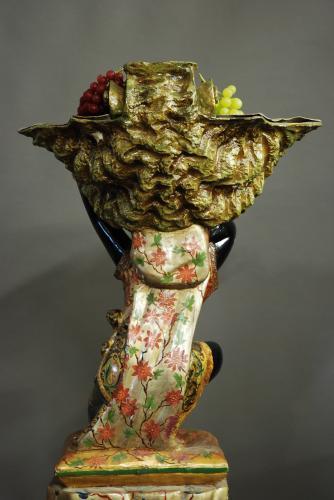 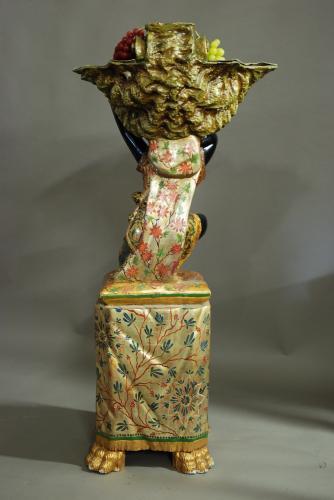