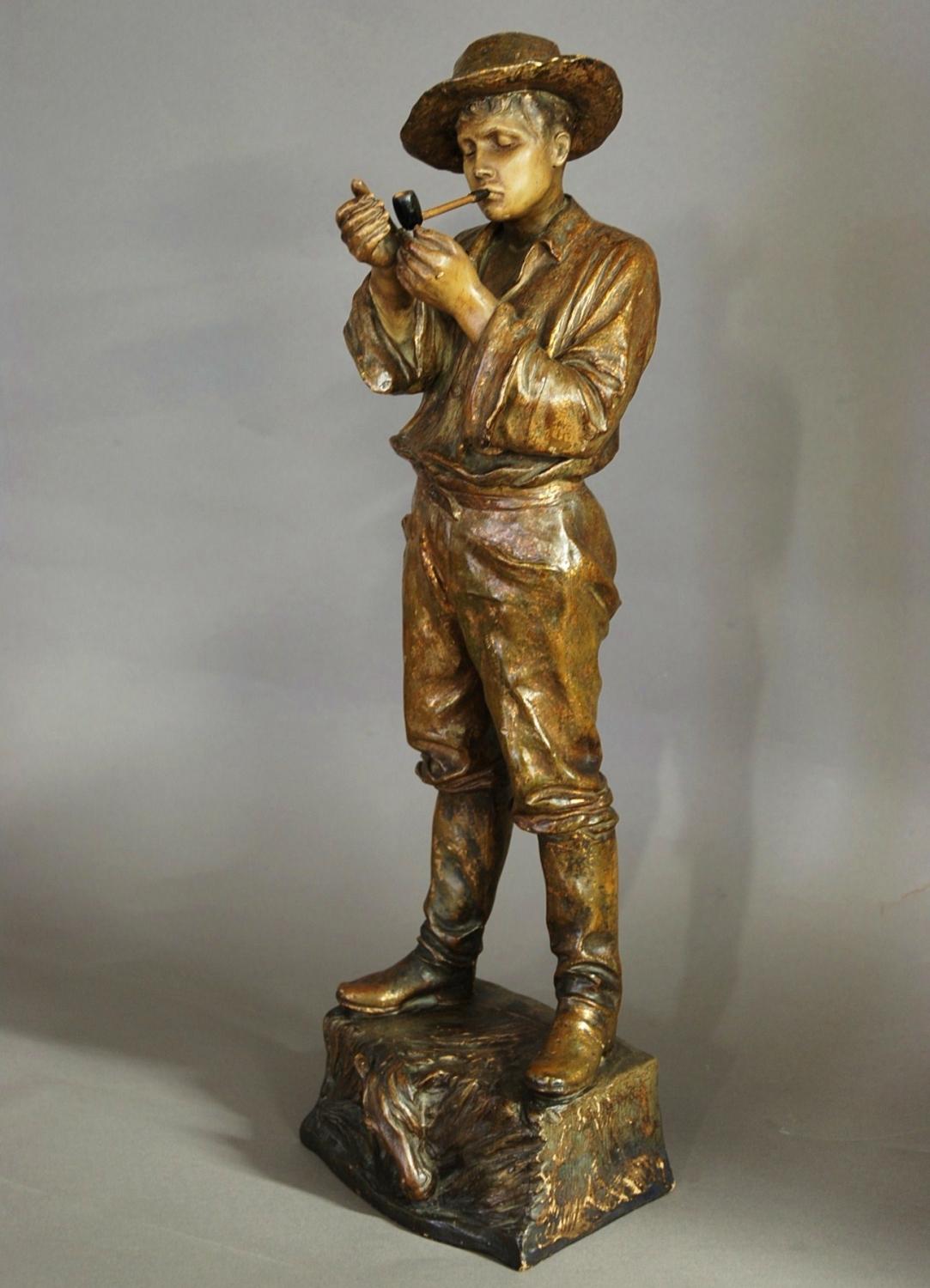 An early 20th century bronzed slip cast figure of a gaucho by Friedrich Goldscheider, circa 1907 - ADDITIONAL IMAGES CAN BE VIEWED BELOW:

This nicely cast figure is of a gaucho or South American cowboy and has a bronzed finish, he is in traditional dress smoking a pipe standing on a plinth with the image of a horses head.

To the back of the base is the raised Goldscheider stamp along with the Model number: 2737

Friedrich Goldscheider founded the Goldscheider Manufactory & Majolica Factory in 1885 and became one of the most influential ceramic manufacturers of terracotta, faience and bronze items of the time.

This piece is in good original condition and can go straight into a home. 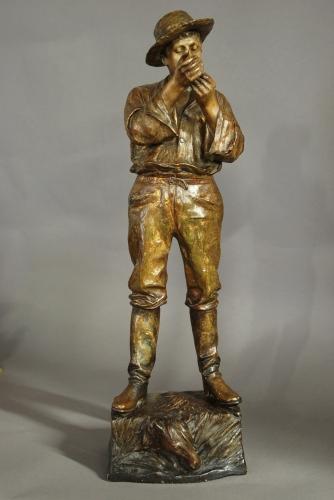 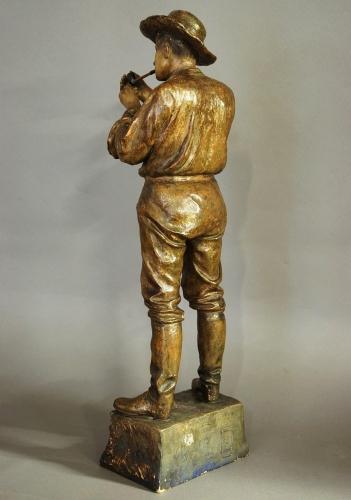 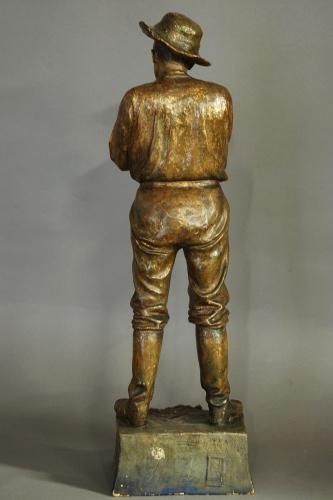 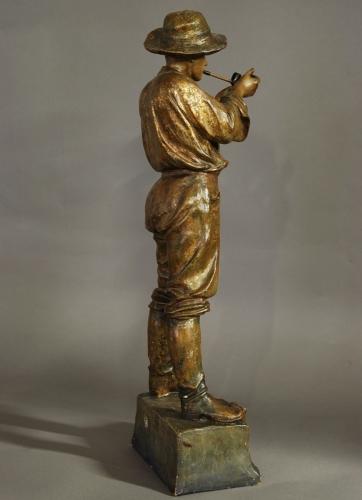 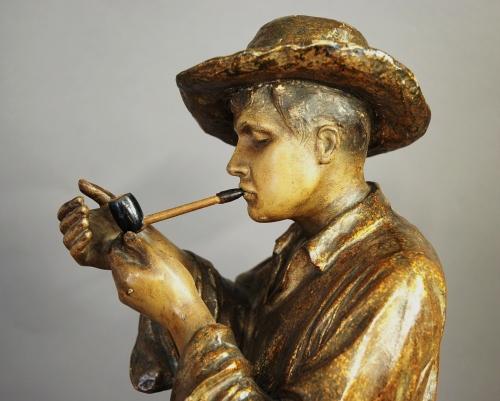 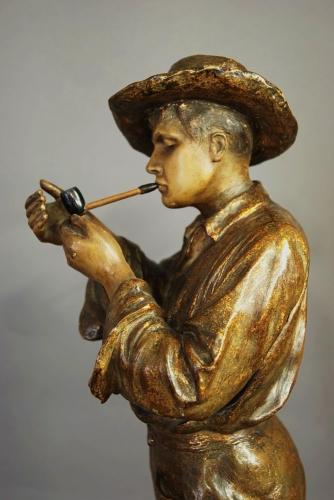 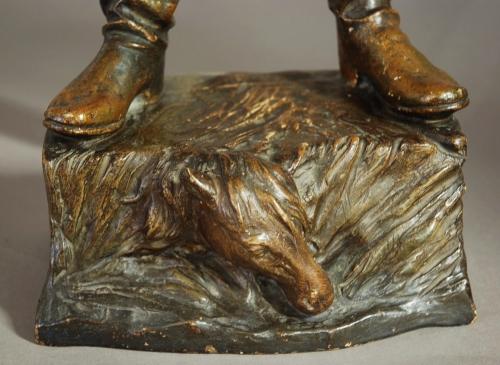 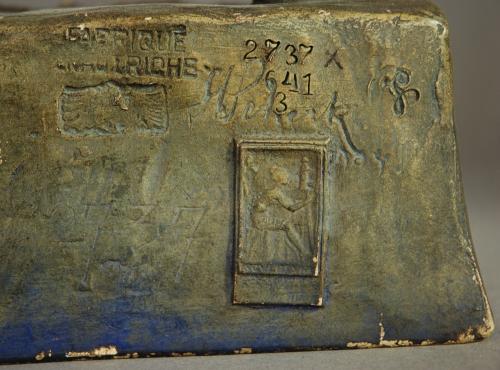