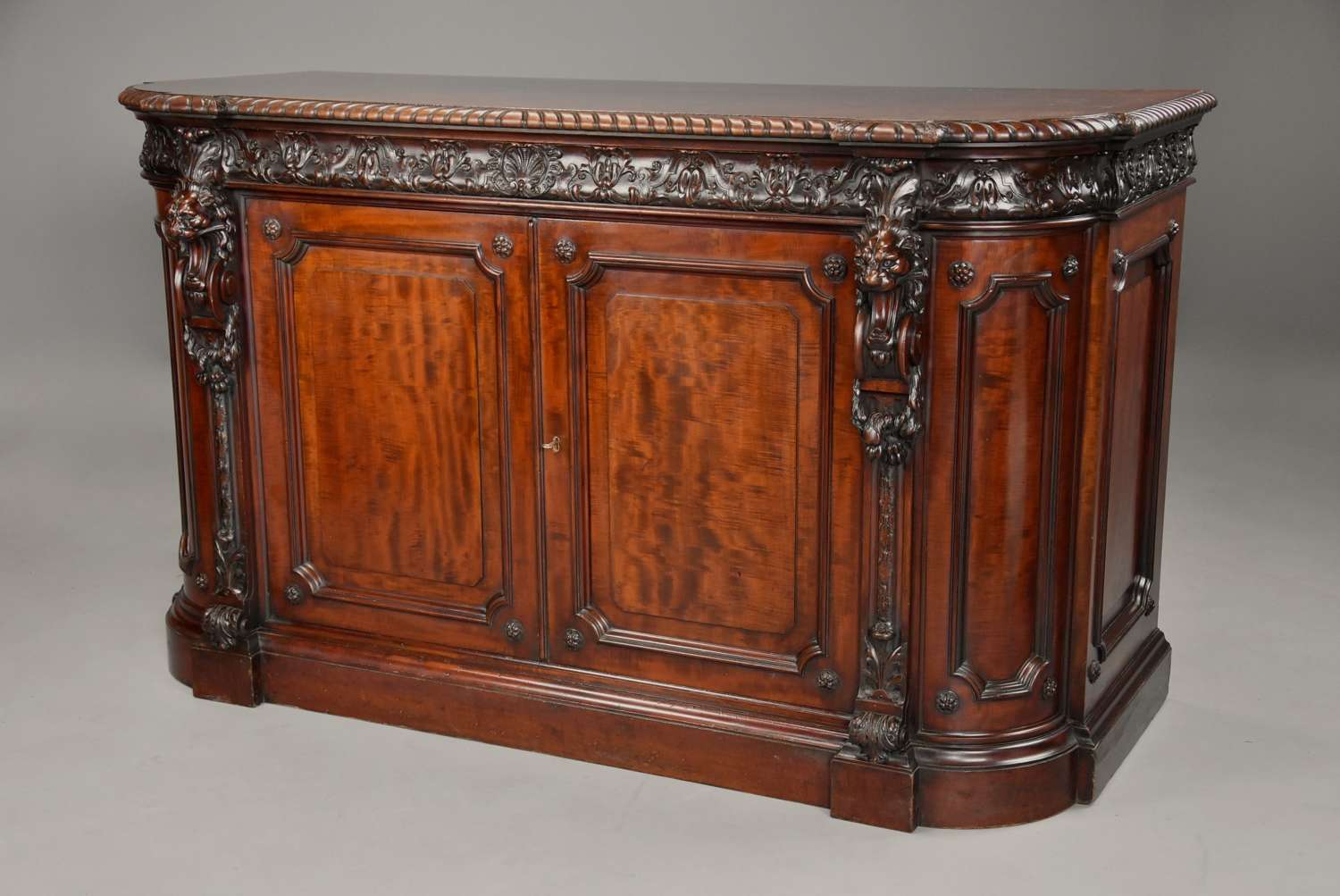 An Exhibition quality Renaissance style mid 19th century (circa 1850) mahogany side cabinet stamped ‘Holland & Sons’ (1803-1942) with possible design influences by the architect Gottfried Semper (1803-1879) - ADDITIONAL IMAGES CAN BE VIEWED BELOW:

This superb cabinet of inverted breakfront form to the front consists of a solid mahogany top with mahogany crossbanding to the back and shaped gadrooned edge to the front.

This leads down to a finely carved Renaissance style frieze drawer with ‘Holland & Sons’ stamp, central carved scallop shell and foliate carved decoration to either side, leading down to two finely figured mahogany doors with shaped recessed panels and carved paterae to the outer four corners, the doors opening to reveal shelves for storage.

To the outer side of the doors, finely carved Renaissance style scrolling lion embellishments with floral, foliate and acanthus decoration, the shaped corners and sides all having replicated recessed panel and carved paterae design, all supported on a moulded plinth.

The makers of this cabinet, Holland & Sons, were founded in 1803 by Stephen Taprell and William Holland, a relation of the architect Henry Holland, the firm soon became one of the largest and most successful furniture making companies in the 19th Century. The firm worked extensively for the Royal Family, being granted the Royal Warrant early in the reign of Queen Victoria, and therefore taking a leading part in the decoration and furnishing of Osborne House, Sandringham, Balmoral, Windsor Castle and the apartments of the Prince and Princess of Wales at Marlborough House. Holland and Sons also worked extensively for the British Government, for whom they executed over three hundred separate commissions, including the Palace of Westminster, the Victoria and Albert Museum, and oversaw the State funeral of the Duke of Wellington. Among their private commissions the firm produced a celebrated suite of bedroom furniture for the late Sir Harold Wernher at Luton Hoo, also making furniture for the Reform Club, Athenaeum Club, the British Museum, the Royal Academy and various universities. Always at the forefront of fashion, Holland & Sons employed some of England’s leading designers and participated in all of the International Exhibitions of 1851, 1855, 1862, 1867, 1872 and 1878.

Gottfried Semper (1803-1879) was a famous German architect and professor of architecture, author of ‘Wissenschaft, Industrie und Kunst’ (Science, Industry & Art), 1852 and professor at the Marlborough House School of Design. He designed works on all scales, from a baton for Richard Wagner to designing the Egyptian section of the London 1851 Exhibition and had previously provided designs for the Meissen (1835-49) and Sèvres (1849) Manufactories.

Semper and his students designed for the leading cabinet makers of the period, Holland and Sons, some pieces of furniture designed with leopard pilasters or monopodia, one of which is a stand for an important ebony and porcelain-mounted cabinet, displayed at the Paris 1855 Exhibition and which is now held in the Victoria & Albert Museum.

His works and designs, commissioned in furniture, are incredibly rare and will mostly be found in the collections of European Royal Palaces and important houses, pieces often remaining in the same Family Estates from when originally being made.

This cabinet is in very good condition for age, is of stable construction and can go straight into a home. 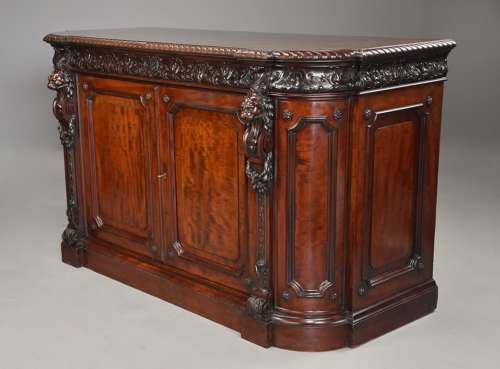 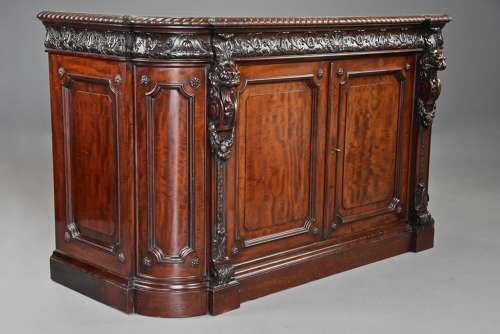 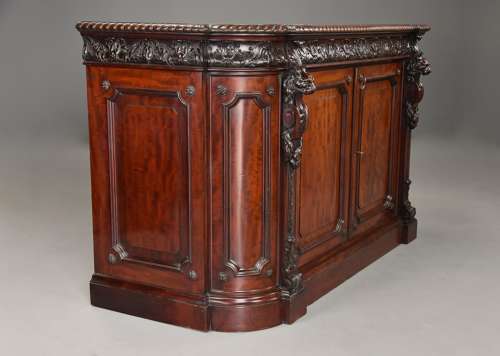 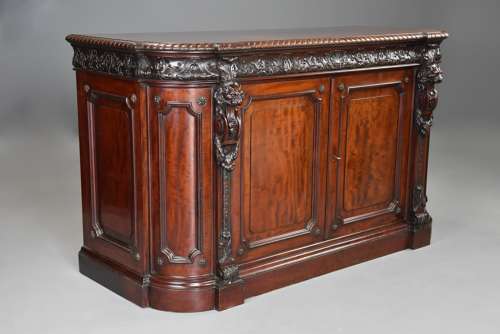 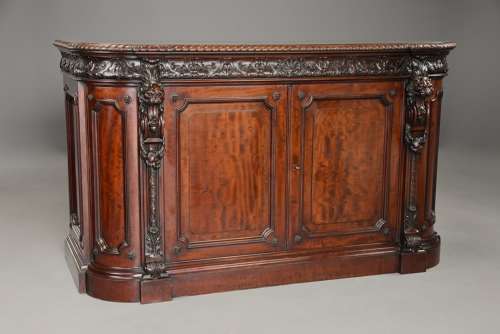 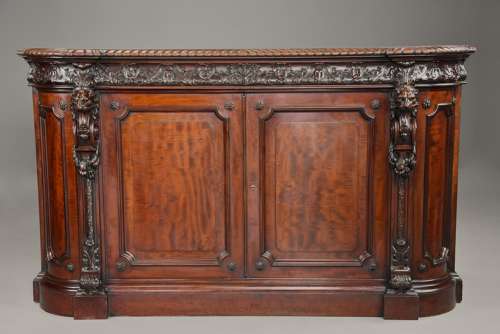 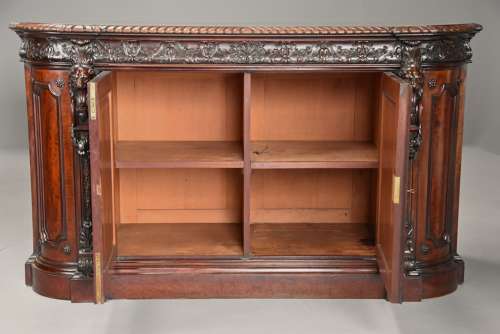 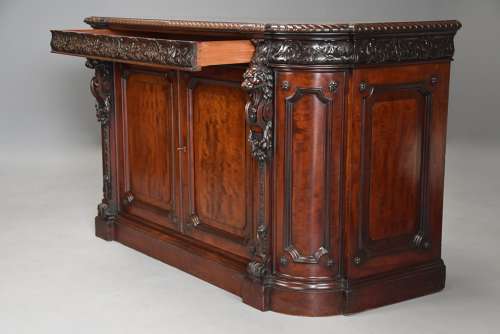 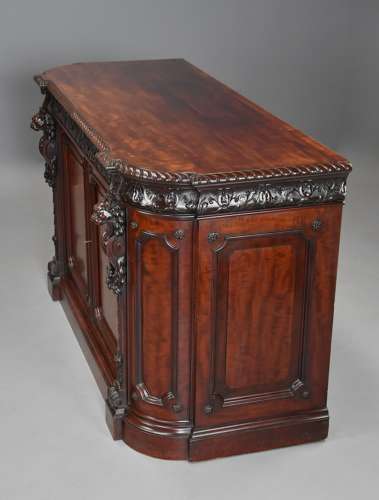 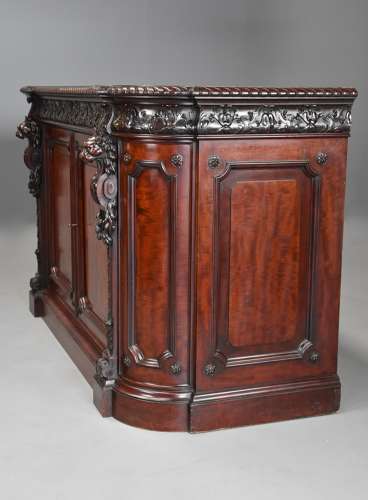 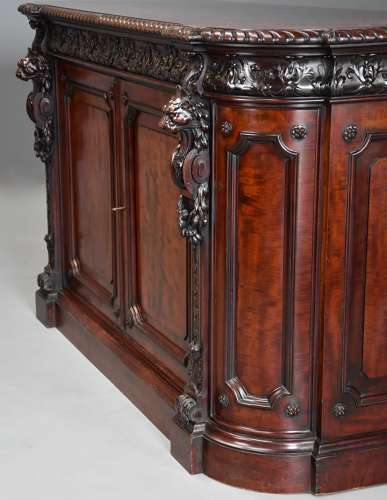 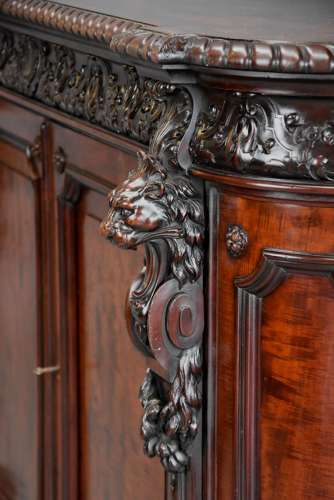 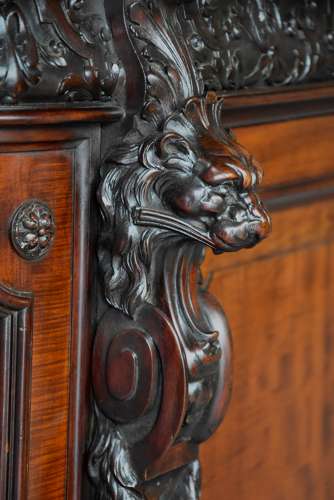 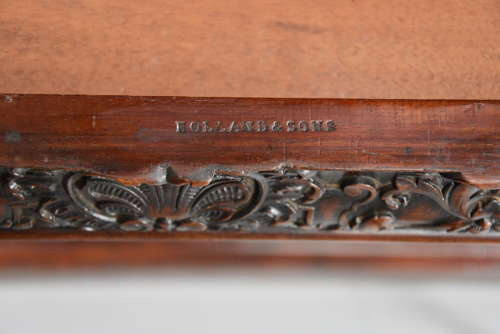 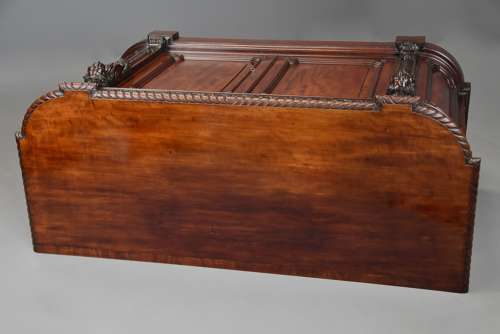 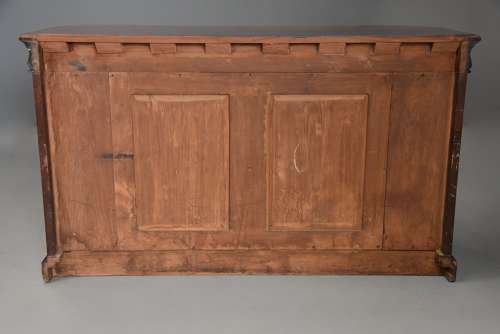 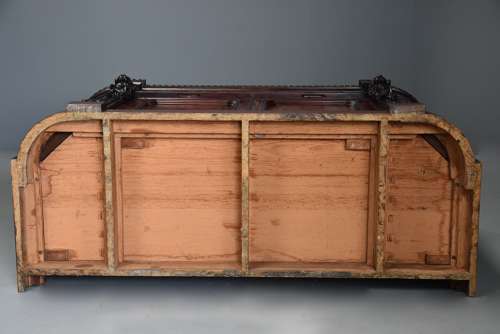